A 16-year-old film director from Hove is to donate the proceeds of a screening of his debut production in Brighton tonight to the victims of the Manchester bombing. 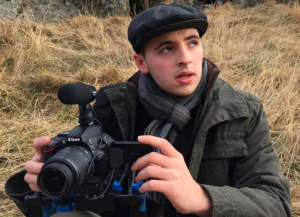 Elliott Hasler is hoping for another full house at the Nightingale Room, above the Grand Central pub, opposite Brighton Station, in Surrey Street, at 7.30pm.

The film, Charlie’s Letters, had its premiere as part of the Brighton Fringe.

It is based on the true story of his great-grandfather’s journey as a prisoner of war trying to make his way back to his wife and young son in England.

His website Relsah Productions said: “Our thoughts and deepest sympathies go out to all those who have been affected by the attack.

“And as Elliott himself is just 16 he is a similar age to many of those who have been involved and has been moved by today’s horrific events.”