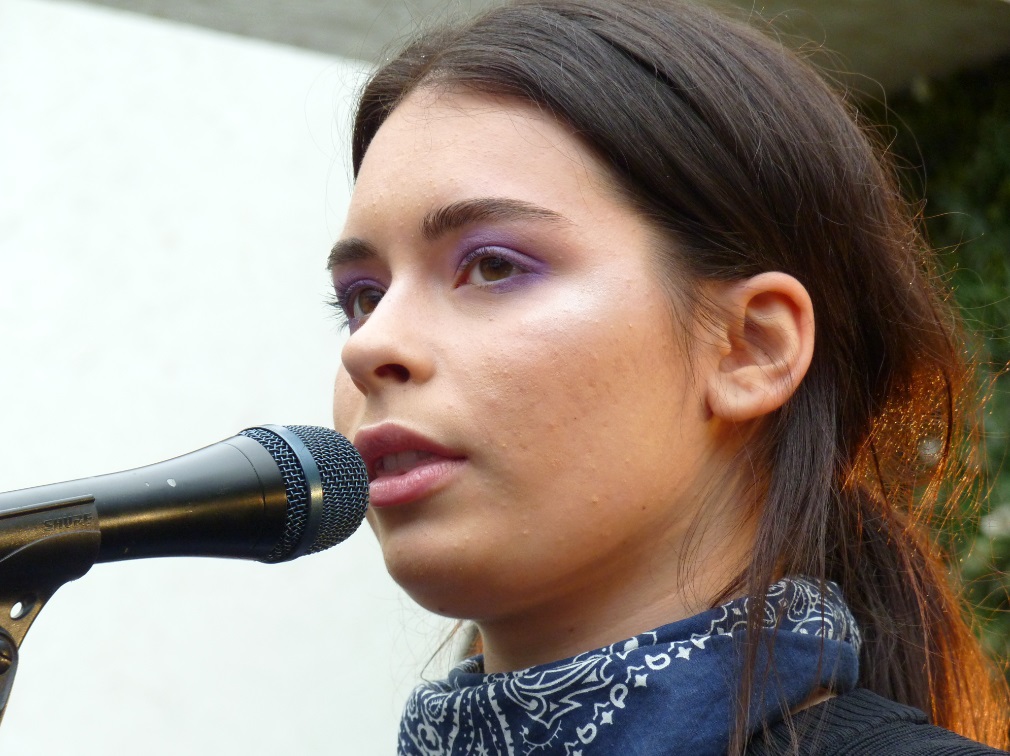 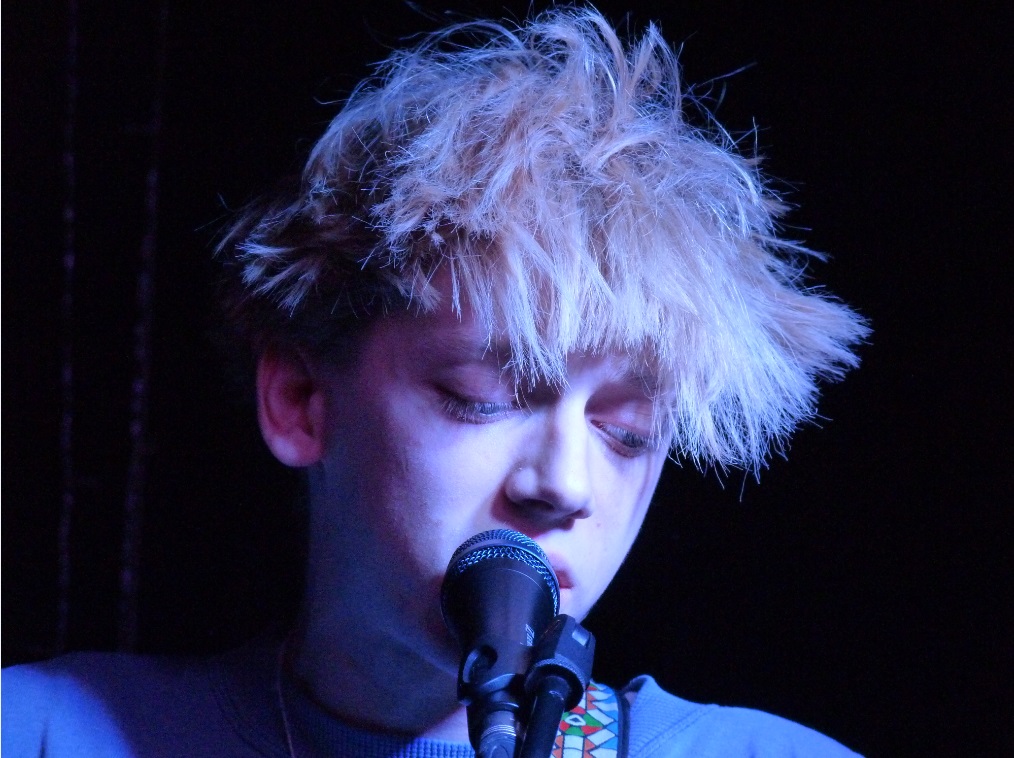 The singer of Molly at The Prince Albert 18th May 2017

MOLLY (12:00-12:30 Prince Albert). You might be surprised to learn that Molly is in fact a duo of young chaps from The Alps, who musically got together in a little basement in November 2014. I must say that this is shoegaze of the highest order. The drummer struck the drums one handed and played the Novation keyboard at the same time with his other hand. The guitarist ended the set by running another drumstick up and down the fretboard of the guitar. Surely this has to be the best music to ever come out of Innsbruck in Austria. Their set gave my head tingles of excitement, especially for their June 2016 single entitled Sun Sun Sun. I would truly love to see them play live again. http://wearemolly.com/ 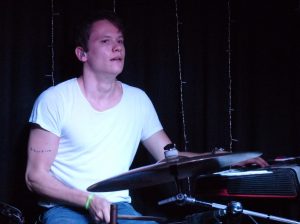 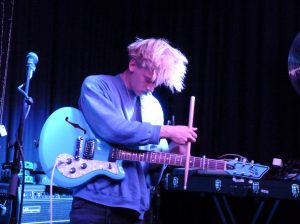 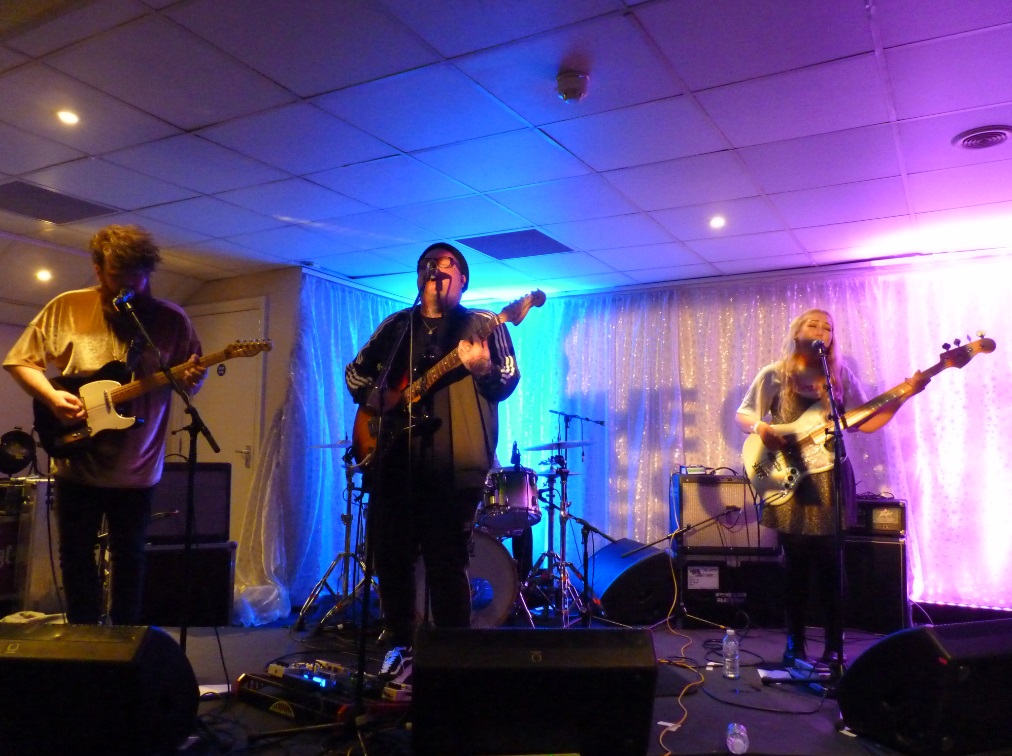 Lottery Winners at The Queens Hotel 18th May 2017

LOTTERY WINNERS (12:30-13:00 Queens Hotel). This 4 piece band emanate from Leigh in Greater Manchester and their distinctive tattooed singer, Thom Rylance, has a jovial Lancashire sense of humour. They perform pleasant indie guitar pop and we agreed that their choice track was Elizabeth which was their final number. https://www.thelotterywinners.co.uk/ 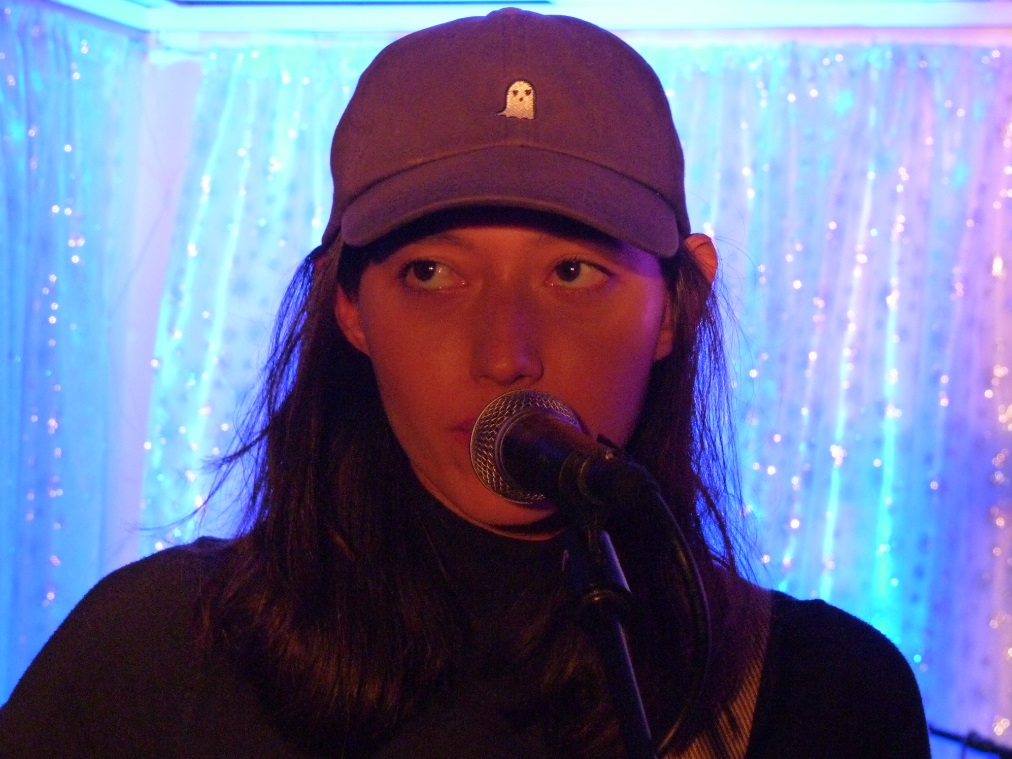 Amelia Murray aka Fazerdaze at The Queens Hotel 18th May 2017

FAZERDAZE (13:30-14:00 Queens Hotel). Having previously studied and listened to all of The Great Escape artists prior to the event, young Amelia Murray (aka Fazerdaze) from Auckland, New Zealand, was the act I was most looking forward to. She started as a bedroom recordist and emerged in 2014. Amelia and her band play dream-pop sounds, similar to Dutch artist Amber Arcades, who appeared on TGE 2016. Fazerdaze best track was Lucky Girl, which can be found on the new album entitled Morningside. I would like to see them play alive again. https://fazerdaze.bandcamp.com/ 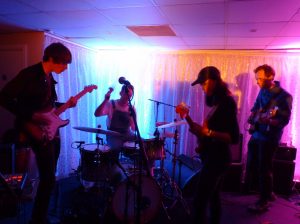 Fazerdaze band at The Queens Hotel 18th May 2017 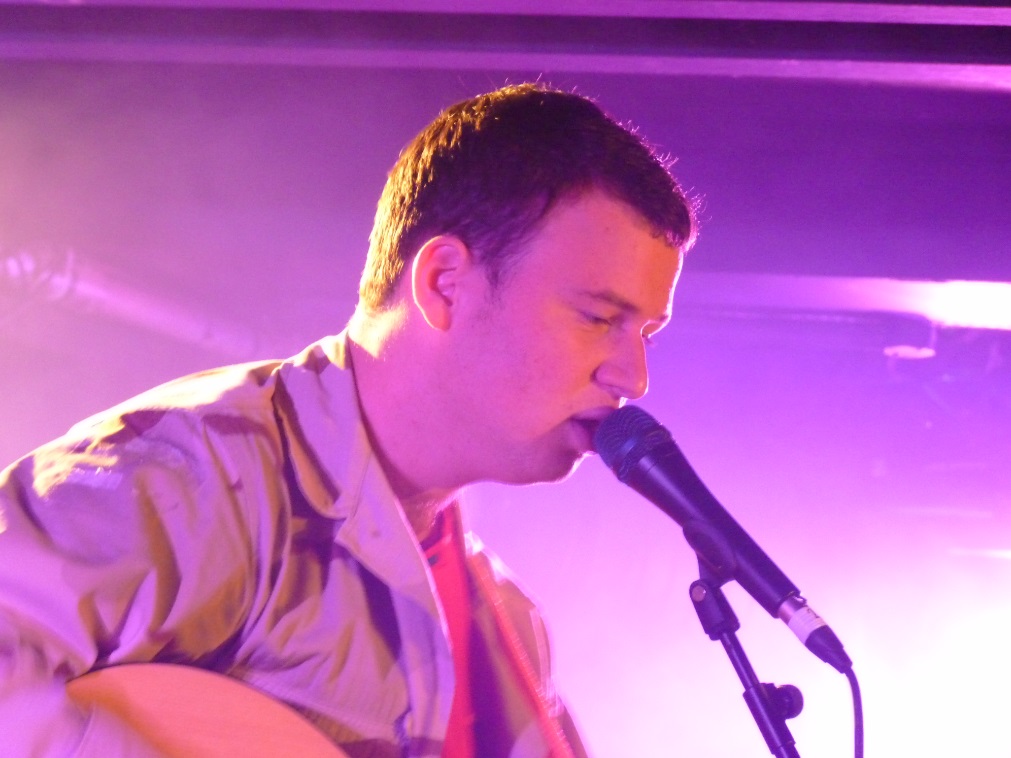 THE GOON SAX (14:10-14:30 Komedia). These guys, namely James Harrison, Louis Forster and Riley Jones are a teen trio of strummers from Brisbane, Australia, who formed in 2013. Their sound could be likened to something that appeared on the sadly defunct Attrix Records in 1978. https://en-gb.facebook.com/TheGoonSax/ 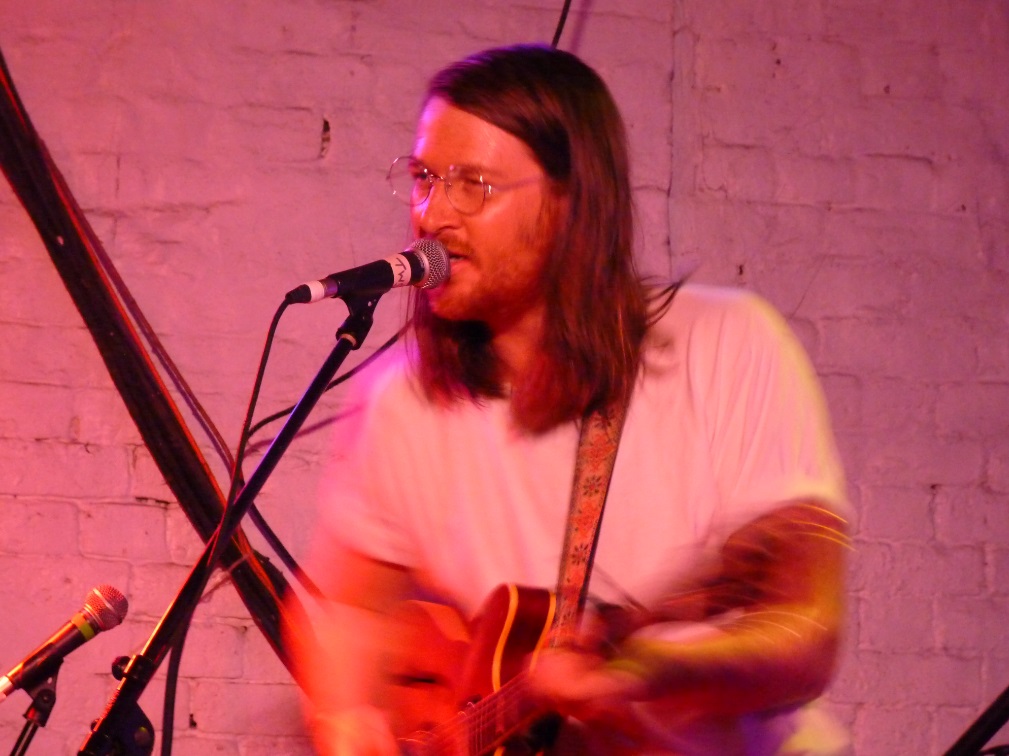 THE WOODEN SKY (14:40-15:05 Green Door Store). If Canadian folk rock and Bruce Springsteen is your thing, then you can do no worse than checking out The Wooden Sky from Toronto. They formed in 2007 and were promoting their fifth album entitled Swimming In Strange Waters, which saw the light of day on 7th April. http://www.thewoodenskymusic.com/ 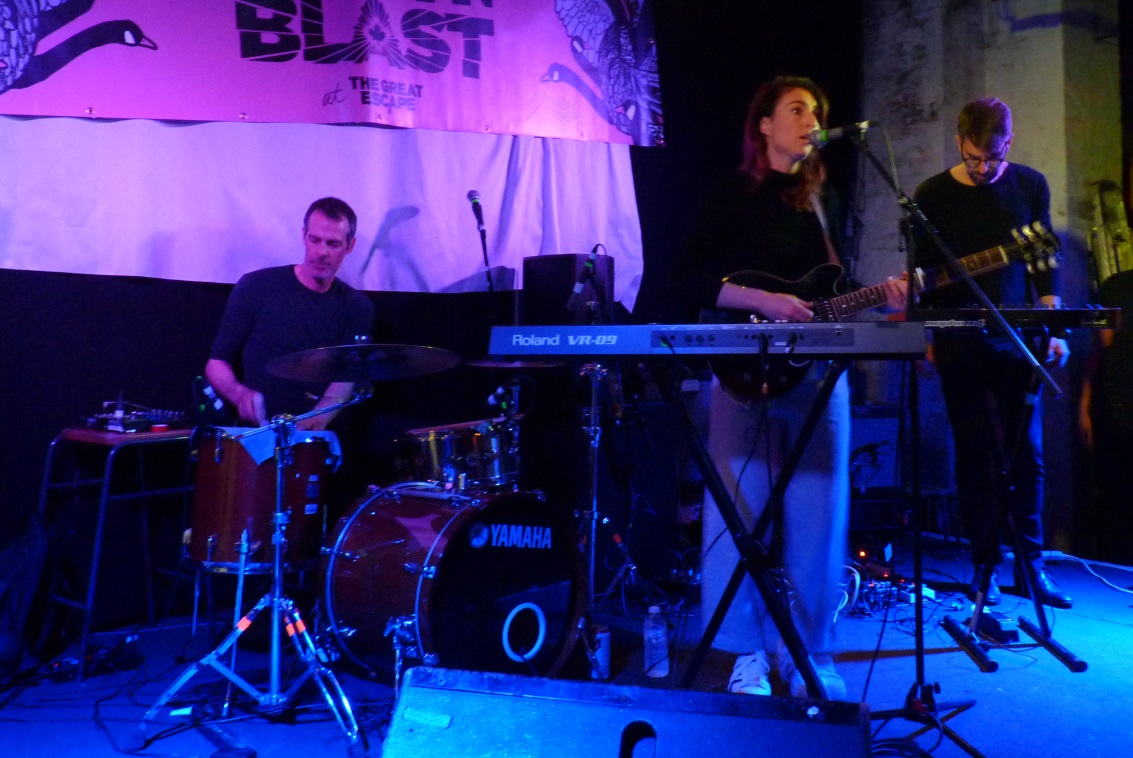 HANNAH GEORGAS (15:20-15:40 Green Door Store). This lady’s music I guess is best described as having elements of The Human League and other Radio 2 pleasant sounds. Hannah hails originally from Ontario in Canada and her current album, which was released last year, is entitled For Evelyn, after her grandmother. http://www.hannahgeorgas.com/ 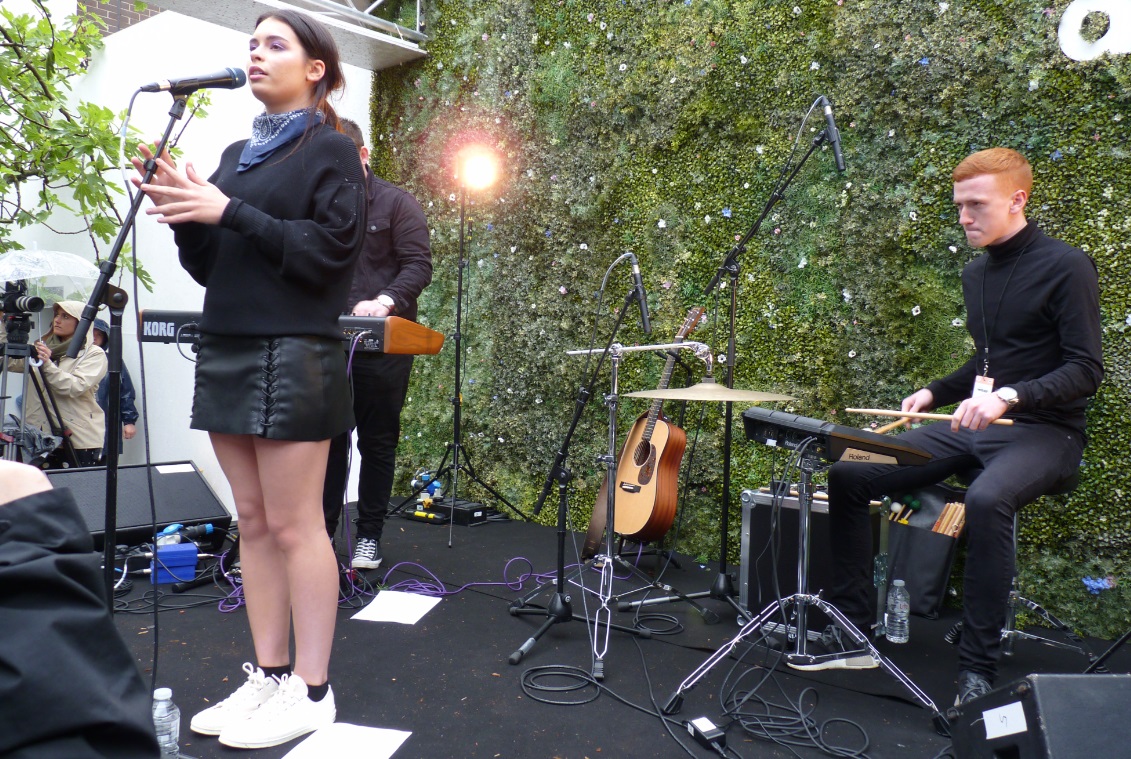 LIV DAWSON (16:30-17:00 Wagner Hall (Regency Rd off. West St)). It is quite possible that Liv Dawson could be a starlet in the making. She is from Shepperton and is a mere seventeen years young and has a perfect silky smooth r’n’b voice akin to Dua Lipa. Her new single called Searching is out now. http://www.livdawson.com/ 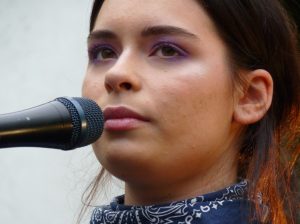 Liz Dawson at The Great Escape 2017 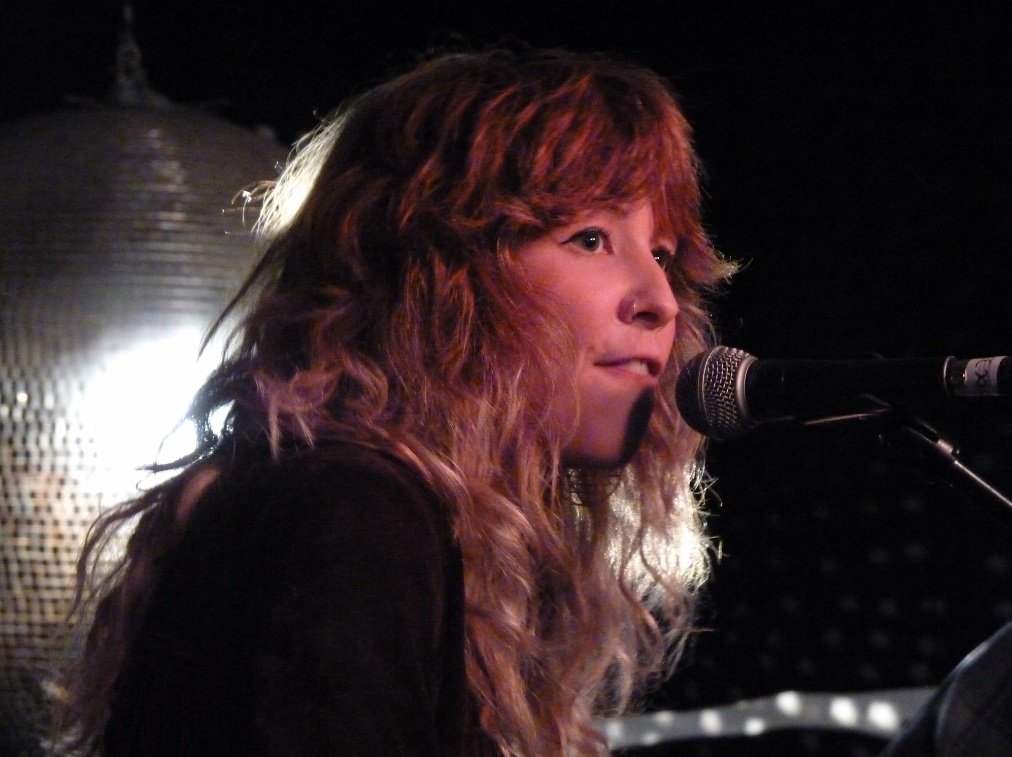 One of The Sundowners singers at The Hope & Ruin (part of the Jack Rocks 7, the seven bands who are touring the festival circuit with Jack Daniels) 18th May 2017

THE SUNDOWNERS (18:30-19:00 Hope & Ruin). The Sundowners, from Liverpool, aren’t actually a new act as they were founded in 2010, but they have toured with Kasabian. Niamh Rowe and Fiona Skelly sing together in perfect harmony and live their sound can be described as an update of Jefferson Airplane meets Patti Smith. One of the girls had a seriously impressive looking Rickenbacker guitar too. http://www.thesundowners.co.uk/ 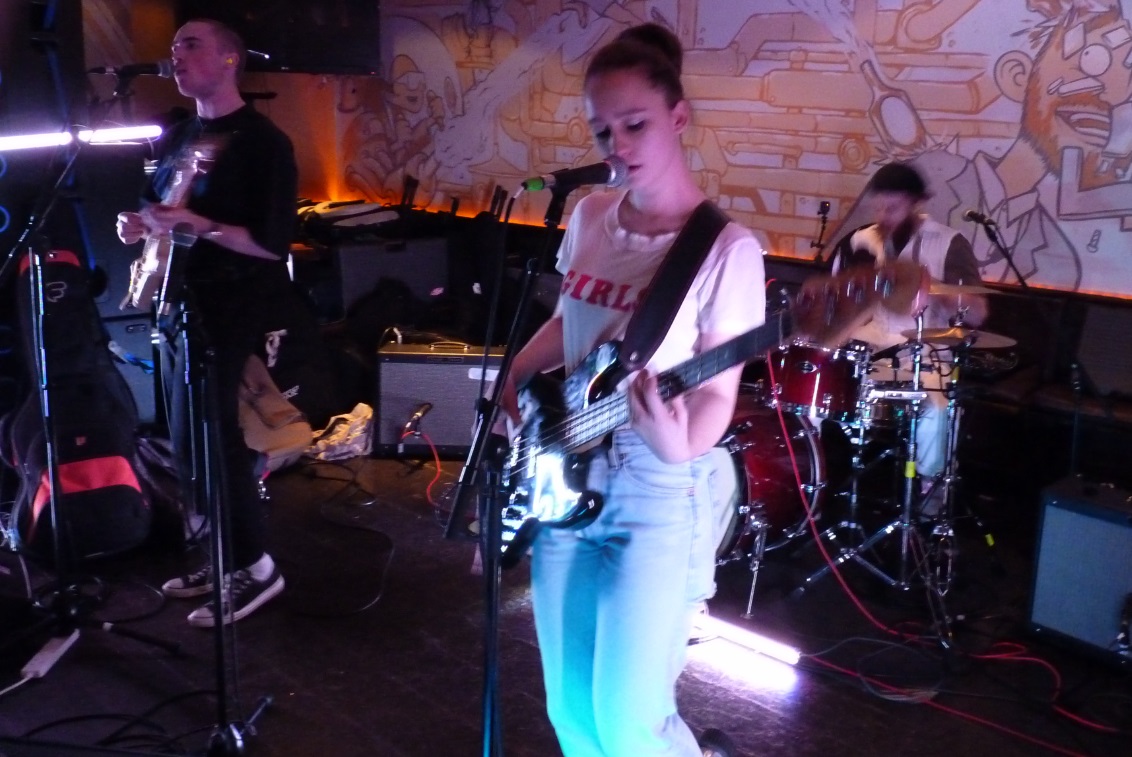 FØXE (19:45-20:05 North Laine Brewhouse (formally known as The Gloucester)). For TGE there were so many options with choosing artists, that we thought that we should also take in the best of The Alternative Escape too and Foxe from Guildford was high on our list. These three young accomplished indie rockers were great and have unleashed a new single Bubblegum b/w Frankie. https://m.facebook.com/FOXEBAND/ 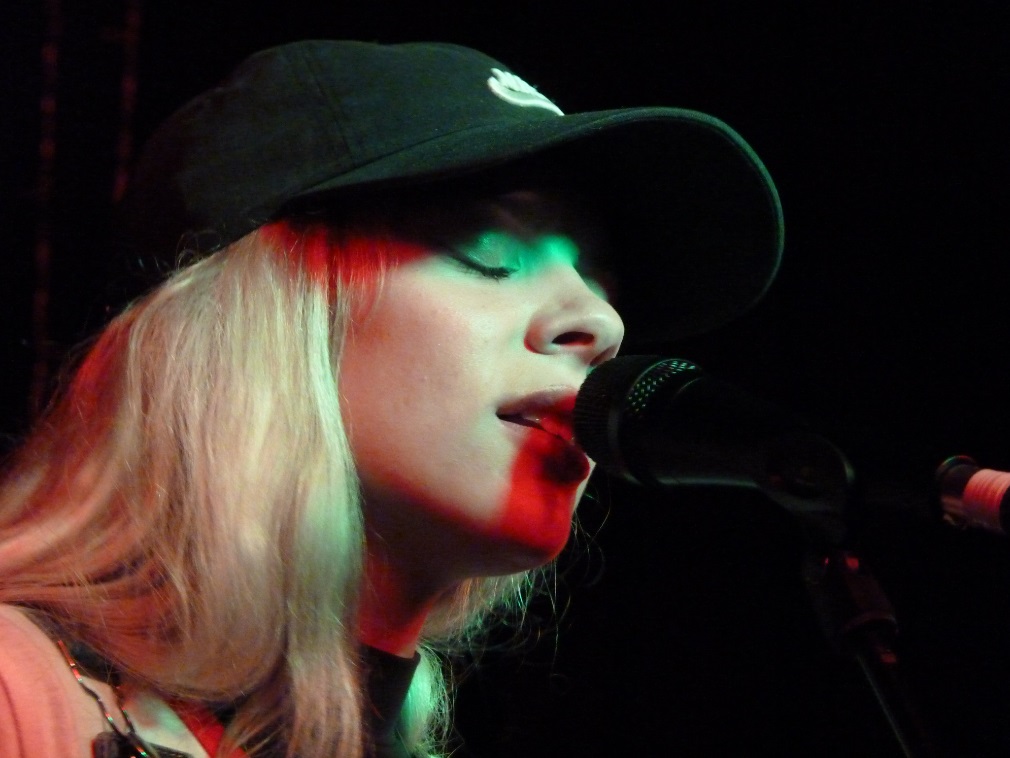 PIXEY (20:30-21:00 Prince Albert). English born twenty-one year old cutie Lizzie Hillesdon is Pixey and she performed a rather enjoyable set of pleasant pop songs with her band. She got into music as a result of thankfully overcoming all odds in surviving a serious illness. Her song Young is rather good indeed. http://lizziehillesdon95.wixsite.com/pixeyofficial 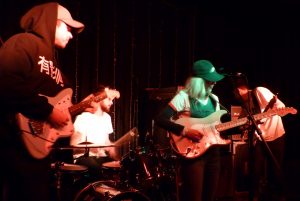 Pixey and her band performing as part of The Great Escape 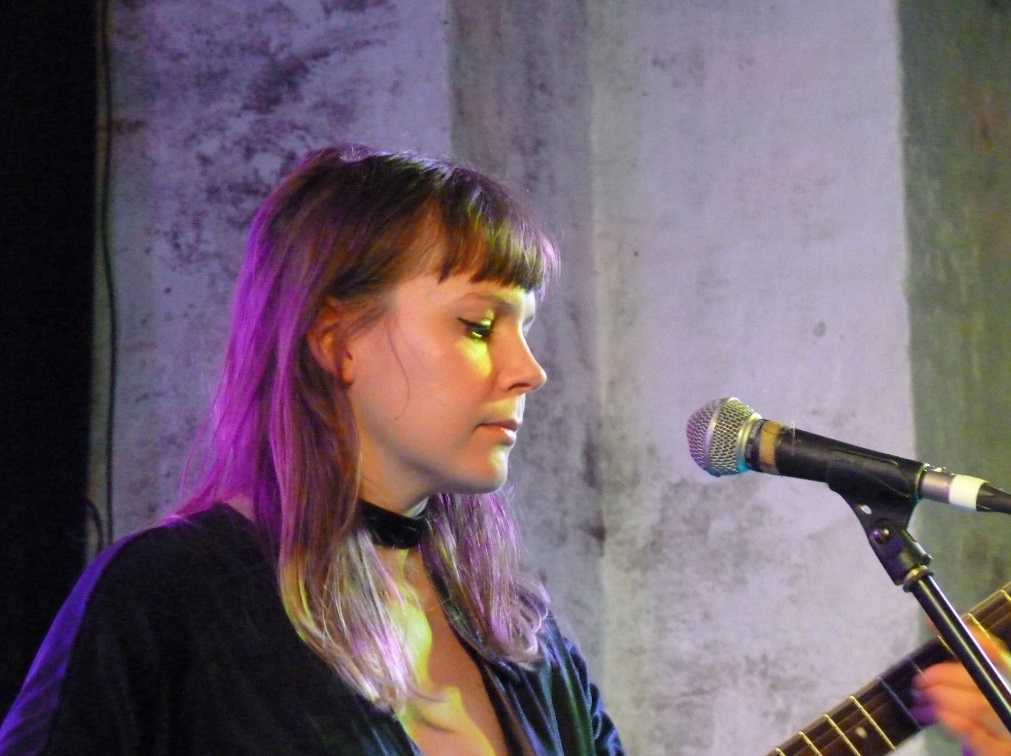 GURR (21:15-21:45 Green Door Store). Gurr are a girl duo from Berlin, that expand into a four piece when playing live. Just like Spanish garage pop ladies Hinds have done. In fact Gurr do sound like Hinds and they are both fun bands too. Gurr have released an album last October entitled In My Head and now have actually quit their jobs and are hopefully going to make a success of their music career. Their final track tonight was their version of Helter Skelter and very good it was too. https://gurrband.bandcamp.com/ 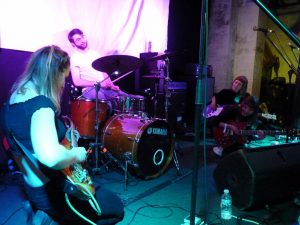 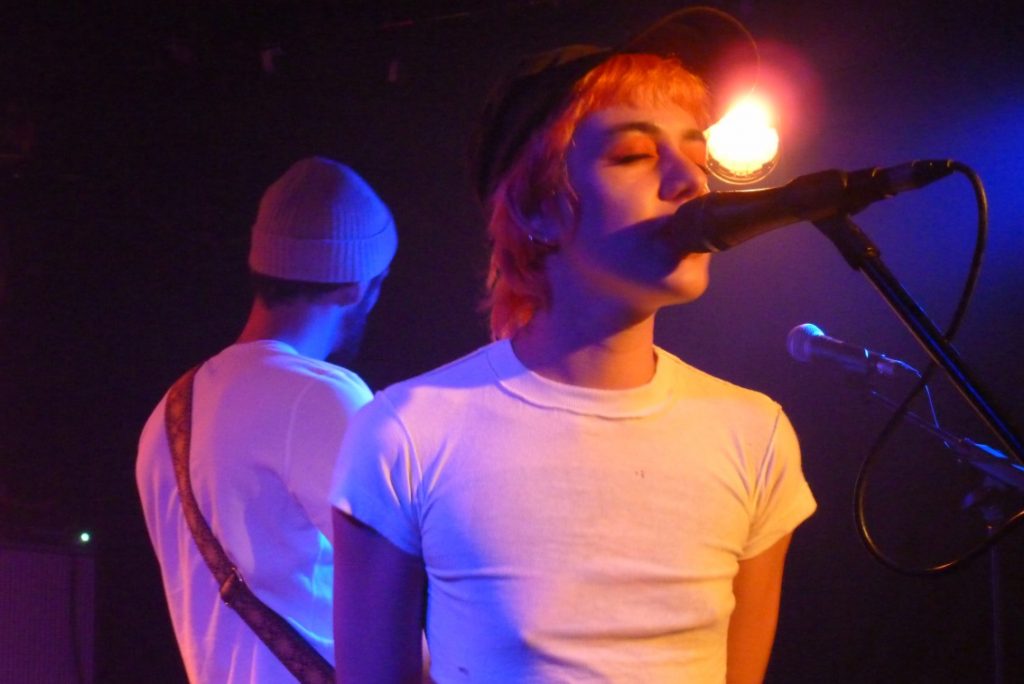 PIXX (22:15-22:45 Komedia Studio). Hannah Rodgers from Chipstead in Surrey is the powerful vocalist Pixx. She is already signed to 4AD Records and so should do rather well with her distinctive sound, which has been heavily influenced by her fathers eclectic record collection. I can hear the Lene Lovich influence in her Waterslides song and I Bow Down is very catchy too and has an interesting video to accompany it. Her new album called Age Of Anxiety is out now on 4AD. http://pixxmusic.com/ 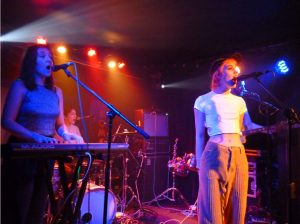 Pixx and her band perform at The Great Escape 2017 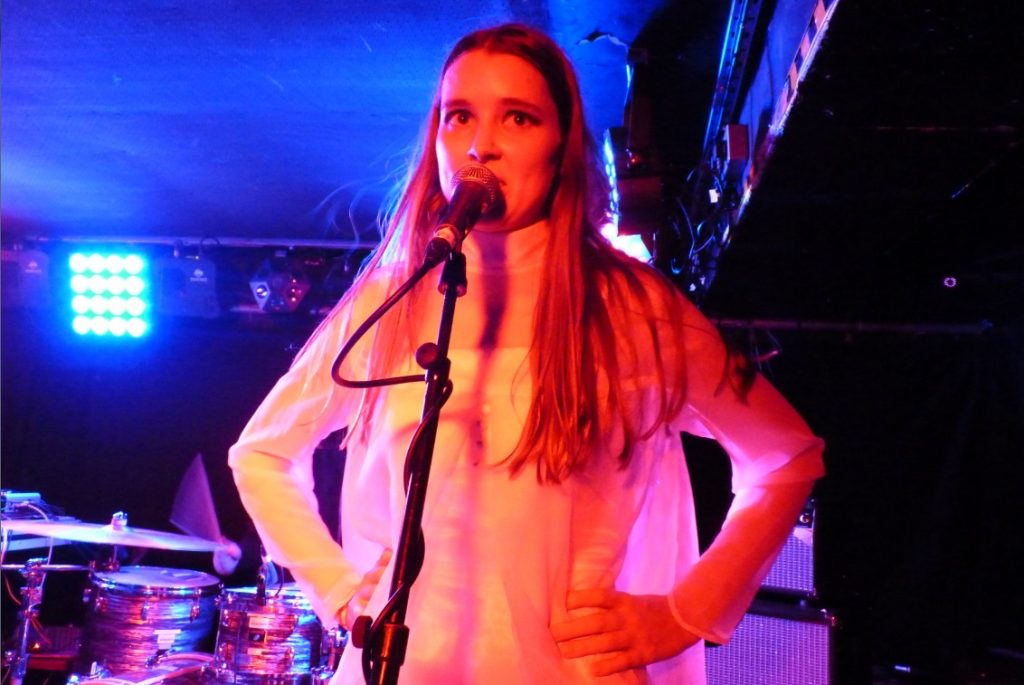 CONFIDENCE MAN (23:30-00:00 Sticky Mike’s Frog Bar). Well would you believe it! We agreed that this lot were the best artists of TGE 2017. Confidence Man are fun fun fun and they have produced extremely catchy dance pop music with a unique look too. They are from Brisbane, Australia and is the brainchild of Clarence McGuffie and Reggie Goodchild, who dress as black bee-keepers on stage. They are fronted on vocals by girl and boy dancers Janet Planet and Sugar Bones. When they finally release an album it would be totally ideal as a keep fit or running video. I can’t understand how their final track, the single, Boyfriend hasn’t been as successful as something like Barbie Girl. Yes I know cheesy as hell, but virtually the whole crowd crouched down with the dancers and jumped up again. They have also released Bubblegum as a single, however their as yet unreleased compositions are arguably their best, such as I’m In A Band, Try Luck, Sit Down, Fascination, Catch My Breath and their funky set opener called Intro. Everyone needs some Confidence Man in their lives! https://www.confidenceman.com.au/ 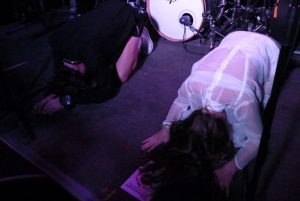