Brighton and Hove Albion player given six-month ban from driving

Brighton and Hove Albion winger Elvis Manu has been given a six-month ban from driving by magistrates.

The Dutch-born Ghanaian was found guilty of failing to say who was driving his Mercedes car when asked by Sussex Police earlier this year after it was snapped by a manned camera. 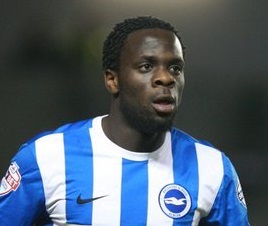 The car was spotted speeding at more than 30mph on the A270.

Manu, 23, of Goldstone Crescent, Hove, was given the driving ban by Crawley magistrates, with the bench saying that disqualification was “obligatory due to repeat offending”.

The footballer was also given six penalty points on his licence and fined £660. He was ordered to pay a £66 victim surcharge and prosecution costs of £85, making £811 in total.

In March the player was fined £220 after being snapped speeding in the same car along Kingsway – the A259 seafront road in Hove – and given three penalty points on his licence.

He was also ordered to pay a £30 victim surcharge and prosecution costs of £85, making £335 in total.

Manu, formerly at Dutch club Feyenoord, recently returned from a loan to another Dutch club, Go Ahead Eagles. He joined Albion almost two years ago and has a year left to run on his contract.