Thousands of cyclists are heading to the seafront as they take part in the London to Brighton bike ride today (Sunday 18 June).

The event is the flagship fundraiser for the British Heart Foundation (BHF). It started at Clapham Common at 6am this morning.

The 54-mile route includes a gruelling climb over Ditchling Beacon before heading down to Madeira Drive where Cityclean workers were out and about this morning clearing up after a busy Saturday night.

Although the organisers stress that “it’s not a race”, the first riders had crossed the line by 8.50am.

The British Heart Foundation said in a message to riders: “Heart and circulatory disease is a killer, claiming the lives of more than 400 people in the UK every day. Every turn of your pedals is helping to power vital research.”

The temperature is expected to top 21C or 70F in bright sunshine with the lightest of breezes. Train company Southern has issued its annual reminder that passengers will not be allowed to take bikes on trains from Brighton today.

Wow! Some of our amazing #LondonToBrighton riders are already crossing the finish line! pic.twitter.com/ZNI3TRmo2o

It’s a beautiful morning and Clapham Common is buzzing with riders ready to take on our #LondonToBrighton Bike Ride! pic.twitter.com/MrSCbScaXR 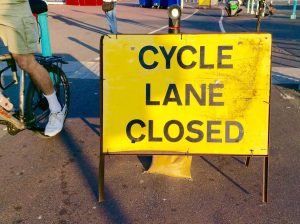 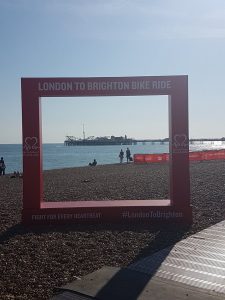