Concern for Brighton boy, 14, missing for almost a week

Sussex Police said that officers were concerned for the welfare of a 14-year-old boy who has been missing for almost a week. 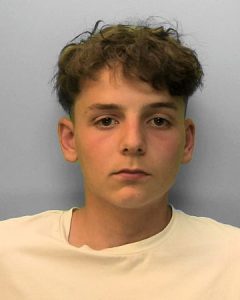 The force said today (Thursday 3 August): “Police are concerned for a missing teenager from Brighton.

“Regan White was last seen in Widdicombe Way in the Moulsecoomb area of Brighton on Friday (28 July).

“The 14-year-old is described as white, 5ft 5in, of slim build, short brown curly hair, brown eyes and a pale complexion.

“He is believed to be wearing black ripped jeans, blue T-shirt, a grey Adidas hooded top and black Nike trainers.

“Regan is believed to be in the Brighton area.