UPDATE: George Lawrence faced no further action in this case.

A Brighton man is being hunted by Sussex Police after a woman was attacked in Hollingbury. 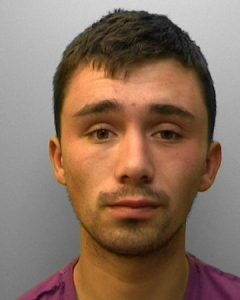 George Lawrence, 22, of Birch Grove Crescent, Brighton, is wanted for questioning about the incident in which the woman was punched.

Sussex Police said: “Police in Brighton are seeking 22-year-old George Lawrence who they want to interview over an assault causing actual bodily harm on a 22-year old-woman known to him.

“The woman was punched and pushed during an incident in Birch Grove Crescent, Brighton, just before midnight on Friday 18 August.

“Lawrence is described as white, 5ft 8in, of slim build, with dark brown hair and brown eyes.”

Sergeant Rich Penrose said: “If you see Lawrence call us on 999 or if you have any information on his whereabouts, contact us online or via 101, quoting serial 1 of 19/08.