Police chase in Hove ends with crash by Portslade Station

A police chase in Hove ended with a car crashing into four other cars parked near Portslade Station. 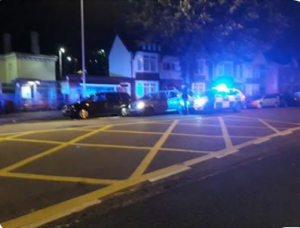 The suspect has been charged and is due to appear before magistrates in court in Brighton in just over a fortnight’s time.

Sussex Police said: “A man has been charged with driving offences and possession of cocaine after a vehicle failed to stop for police.

“Connor Stevens, 25, of Medina Villas, is due to appear at Brighton Magistrates’ Court on (Thursday) 26 October charged with driving without a licence, failing to stop for police, driving without insurance and possessing a class A drug.

“Police pursued a car after it failed to stop for officers in Hove at 1.45am on Sunday (8 October).

“As it was tactically stopped by police, the car hit four parked vehicles in Portland Road causing damage.