Human rights solicitors from Brighton have won a national accolade with recognition from the Legal 500 which researches the country’s most widely respected lawyers in a range of specialities.

The latest Legal 500 guide, published 10 days ago on Wednesday 11 October, lists Matthew Gold and Co in the civil liberties and administrative and public law categories.

The practice is described as an “outstanding firm” which “punches well above its weight” and “provides a dedicated and personal service to clients”.

Individual lawyers at the firm are also singled out for praise, including Sussex director Maria O’Connell, who studied at St Mary’s Hall school in Brighton, and the firm’s “hard-working, charming and dedicated” founder Matthew Gold.

Director Clare Jennings, who won Legal Aid Lawyer of the Year in 2016, is recognised as a “fearsome fighter”.

Maria O’Connell said: “The firm is going from strength to strength and we’re incredibly proud of the team.

“Recognition in the Legal 500 is the reward for all their hard work and cements our position as one of the UK’s leading civil liberties firms.

“I am elated to see solicitors Harpreet Aujla and Francesca Allen join the Legal 500 recommended ranks and reinforce the fact that there is real talent throughout the firm and plenty still to come.

“The recognition that our clients are at the forefront of our provision is spot on. They are at the centre of the practice.

“At the heart of our success is the one team two office attitude which brings the whole firm to those in Sussex.”

Matthew Gold founded the London office in 2002 and the Sussex office opened in Brighton in 2013. 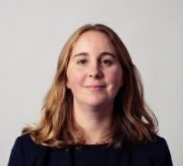 The firm is increasingly seen as the “go to” company for early advice with legal aid provision in the south east and will expand its Sussex presence with an office opening in Eastbourne in the new year.

This is the third year the firm has been listed in the Legal 500 for its administrative and public law work and the second year it has ranked in the civil liberties category.

The firm came to prominence this summer with its challenge of the Prime Minister as to the constitution of the members to the Grenfell Inquiry panel.