A personal trainer from Brighton is taking on a “marathon” challenge for the cancer charity that cared for his father and grandfather. 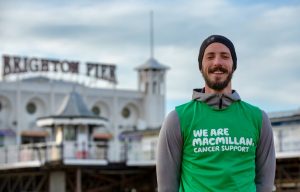 Joe Addison has supported Macmillan Cancer Support since 2010 in memory of his father who died from cancer and is running the BM10k on the same day as the Brighton Marathon to raise money for the charity.

Mr Addison has raised more than £6,000 taking part in various challenges for Macmillan, including running several marathons previously as well as other races, many of them barefoot.

He has also done several of his own challenges such as more than 1,700 burpees in one go, a 24-hour track run, totalling 80 miles, and 24 hours on a spin bike.

Macmillan holds a special place in Mr Addison’s heart as the charity looked after both his grandad, Leslie Addison, and dad, Roy Addison, during their illnesses.

This has inspired Mr Addison, from Hollingdean, to give back and help wherever he can.

This year he plans to run the 10k with his wife Jen.

He said: “The work they do is incredibly inspiring and fundraising for them is one of the best things I have ever done.

“Whatever the challenge is, Macmillan will be with you 100 per cent.”

Mr Addison, who also works as a sports masseur, aims to add to the £6,000-plus that he has raised for Macmillan over the past eight years – and he hopes to carry on supporting the charity for years to come.

Macmillan said: “Money raised from events like the marathon provides invaluable support to the work we do that helps people affected by cancer cope with the physical, social, emotional and financial impact of cancer, at every stage. 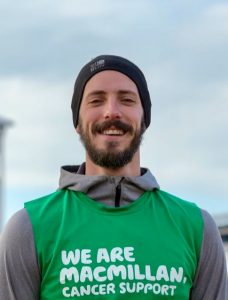 “We need runners to join Team Macmillan at the Brighton Marathon on Sunday 15 April, who we will support every step of the way with

• Your free Team Macmillan technical running vest or t-shirt, plus iron-on letters to customise your kit

• An invite to our pre-marathon pasta party