Just ten months after joining the Big Lemon, former Lewes MP Norman Baker is off to pursue a range of other interests including journalism, a music album and a top secret new book. 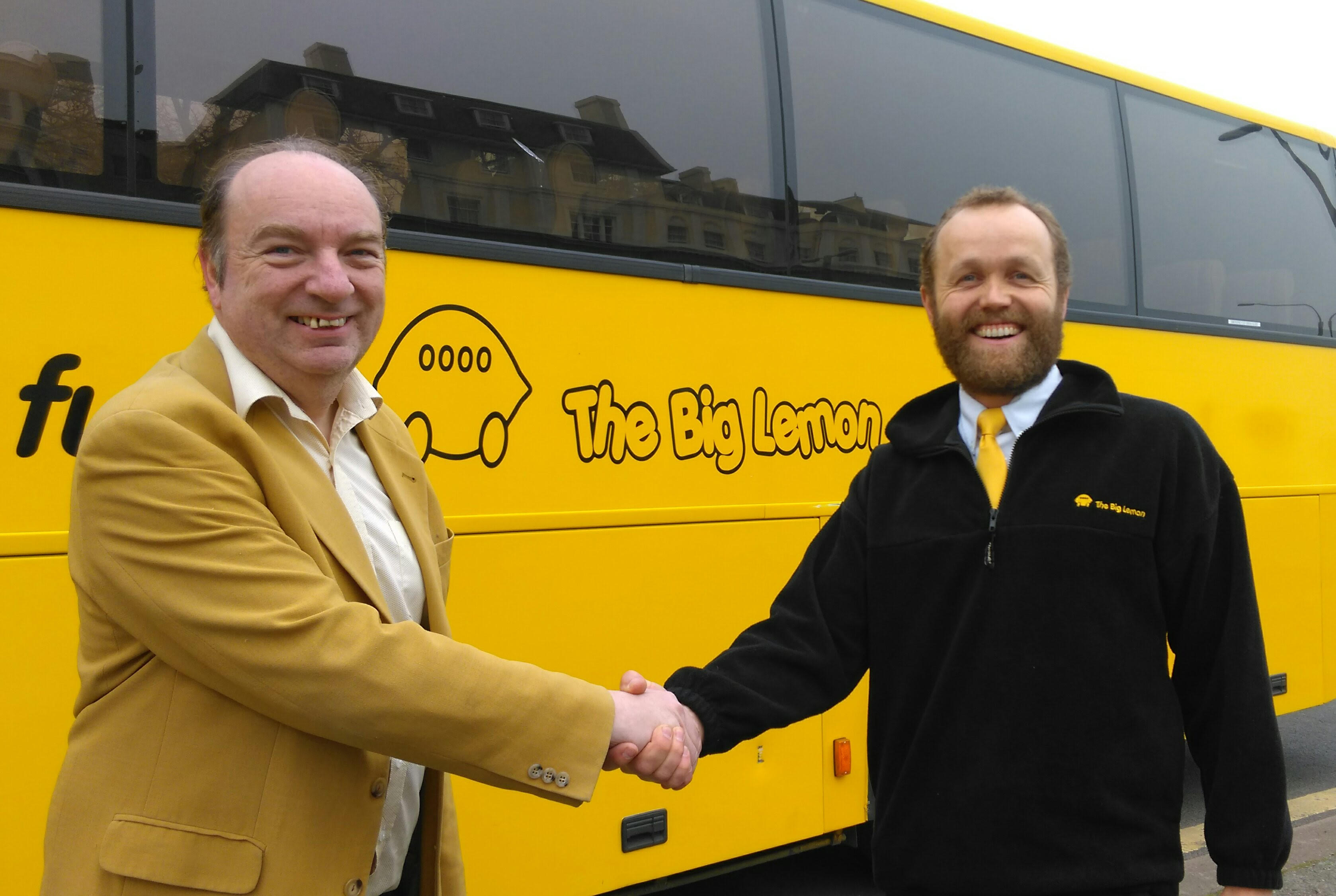 Mr Baker joined the Brighton bus company in March last year, and says he has already achieved what he set out to do there.

This includes winning new contracts, doubling the size of the team, helping launch the UK’s first solar-powered electric bus and winning Most Sustainable Business at the Sussex Business Awards.

Mr Baker said: “I felt that I had done what I could do with the Big Lemon. I had 18 years of being an MP and after that it was quite difficult for me to do the same thing every day. I loved the Big Lemon but ultimately it’s the variety of a portfolio career I want. I have been spoiled being an MP.

“I’ve had a series of meetings with newspapers about doing columns and a discussion with someone at International Development about helping developing countries.

“I’m renewing my interest in transport columns and I’m busy revisiting the two books I have been working on. One of them is secret – the other one is a companion piece to my last book, Against the Grain. This will be a lighthearted memoir about other things I have done, observations at British Rail and the record business, an easy light read.

“I’ve got a new record coming out in April – it’s got myself with the West Pier on the cover so it’s a Brighton record.”

Tom Druitt, the Big Lemon’s founder and CEO, said “I would like to thank Norman for his huge contribution to the Big Lemon this last year.

“He has taken the organisation to the next level and we now have the opportunity to grow our impact far beyond what was previously possible. I wish Norman all the very best of luck in his future endeavours.”