A Brighton pub which claims the best views in the city has been closed while it undergoes building work to make sure it’s safe. 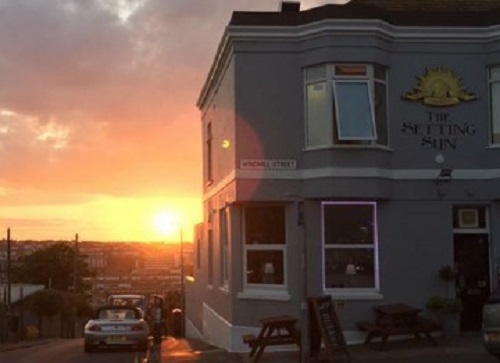 The Setting Sun in Windmill Street closed over the Christmas break after having been open at increasingly irregular times over the past few months after the leasehold was advertised for sale for £60,000 last summer.

The previous landlords, who tried karaoke and drag nights to bring in a fresh crowd, had been in dispute with at least one close neighbour because of noise – but the city council said that it had not received an official complaint since late 2016.

This year, builders have been seen at work on the site, ripping out fixtures and fittings including the elaborate chandeliers installed by the last owners.

Punch Taverns, which owns the site, said it hoped that it would reopen very soon.

“We will then be looking to reopen the pub at the earliest opportunity.”

A city council spokeswoman said: “A noise abatement was served in 2006 on the previous owners/occupiers. The last noise complaint on the premises was made on 10 November, 2016.”