Kazenga LuaLua is to leave the Albion after an almost eight-year association with the club.

The winger is set to join Championship club Sunderland on a free transfer after the Seagulls agreed to cancel his contract. 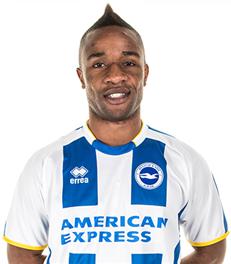 LuaLua first joined the Albion in February 2010 on loan from Newcastle United. He made his debut at Withdean Stadium.

The winger had a further loan spell at the Albion before joining the club permanently in November 2011.

Albion boss Chris Hughton said: “The competition for places in our wide areas means it has been very difficult for Kazenga to play in the number of matches he would have liked here.”

LuaLua will best be remembered by Albion fans for his part in the first ever match at the Amex and his trademark somersault celebration after scoring.

Albion take on Middlesbrough in the 4th round of the FA Cup this Saturday (27 January) at the Riverside Stadium.