A call is going out to trace relatives of a World War One hero from Brighton. 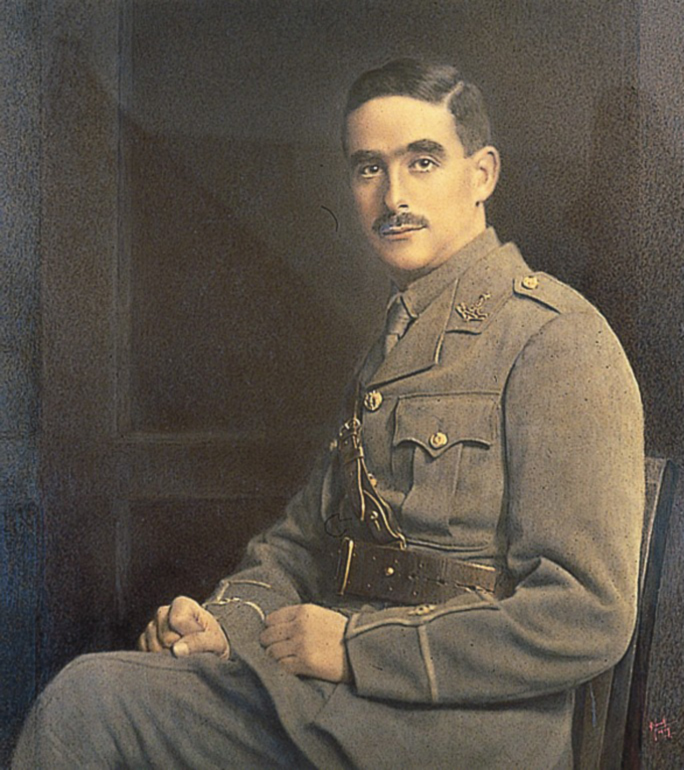 A memorial service will be held and commemorative stone laid at the Old Steine War Memorial in Brighton to honour Ernest Beal, who was awarded the Victoria Cross after being killed in action in March 1918.

The city council is organising the ceremony on 16 March and trying to find relatives of Ernest to invite them to attend.

A display featuring a portrait of Ernest will go on show at Brighton Museum from 6 March until January next year as part of the museum’s 1918-2018: 100 years Remembrance Season. (See image attached.)

Val Bundy, the great niece of Ernest’s fiancée May Bundy, will be attending the ceremony and hopes members of the Beal family can be traced. She will be giving a short talk about Ernest at the museum on 13 March.

Val said: “It is wonderful that Ernest’s bravery is being honoured in his home town. I have childhood memories of my auntie May who wore a beautiful engagement ring. She regularly visited Brighton Museum to see a portrait of Ernest there.”

Council leader Warren Morgan, who is chair of the city’s Civil Military Partnership Board, said: “The commemorative stone will provide a lasting memorial to Ernest’s bravery and we hope to trace members of the Beal family so that they can be there to see it unveiled. Local residents and anyone else interested in paying their respects are also very welcome to attend.”

Ernest was born in 1883 and lived in Lewes Road. He attended Brighton Grammar School before working at Beal’s, his father’s stationery business in East Street.

He enlisted in the Sussex Yeomanry at the outbreak of war and went on to join the 16th Royal Sussex Regiment and the 3rd Yorkshire Regiment, serving in the Balkans and on the Western Front.

Ernest was awarded the posthumous VC for conspicuous bravery on 22 March 1918 at St Leger. Later the same day he died from wounds suffered when saving the life of one of his men under fire. He was 35.

The memorial ceremony will be held at 11am on 16 March at the war memorial in the Old Steine, Brighton. The Victoria Cross commemorative stone is part of a national scheme that will see every VC recipient of WW1 commemorated with a paving stone.

The ceremony will be followed by the unveiling of a blue plaque at Beal’s birthplace at 148 Lewes Road at 2.15pm after a procession from St Martin’s Church in Lewes Road. This has been organised by the Brighton & Hove Commemorative Plaque Panel.

Anyone with information about the Beal family can contact the council’s Communities and Equality team equalities@brighton-hove.gov.uk or call 01273 291280.

The talk on March 13 takes place at 12 noon and is part of the museum’s ‘bite-size’ programme of talks. (Museum entry is free to Brighton & Hove residents with proof of address.)