Icy night in store for Brighton and Hove

A severe weather warning for ice has been issued as temperatures are expected to dramatically drop overnight. 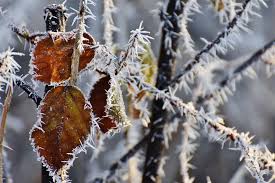 The Met Office says a band of rain sleet and slow will spread from Northern Ireland and Wales to southeastern England during the night. Although snow is expected in some areas, it’s unlikely Brighton will see any.

However, ice could form on untreated surfaces, and roads and railways are likely to be affected.

“Some roads and railways are likely to be affected with longer journey times by road, bus and train services. Some injuries from slips and falls on icy surfaces are possible.

“Rain sleet and snow will affect Northern Ireland and Wales this evening spreading to central and southeastern England during the night. Following this, skies will clear and ice is likely to form.

“Snow will mainly be away from northern facing coasts and on high ground above 200 m where 2-5 cm may accumulate, mainly in northern areas. Some temporary snow is possible to low levels at times.”

Brighton and Hove City Council said its evere weather shelter for rough sleepers will be open to all rough sleepers, alongside its night shelter at Brighton Centre.

The severe weather shelter is run by Brighton Housing Trust (BHT) which works with the council’s street outreach service run by St Mungo’s.

St Mungo’s will be working with other local organisations to inform rough sleepers about the shelters and to assist BHT in co-ordinating shelter places.