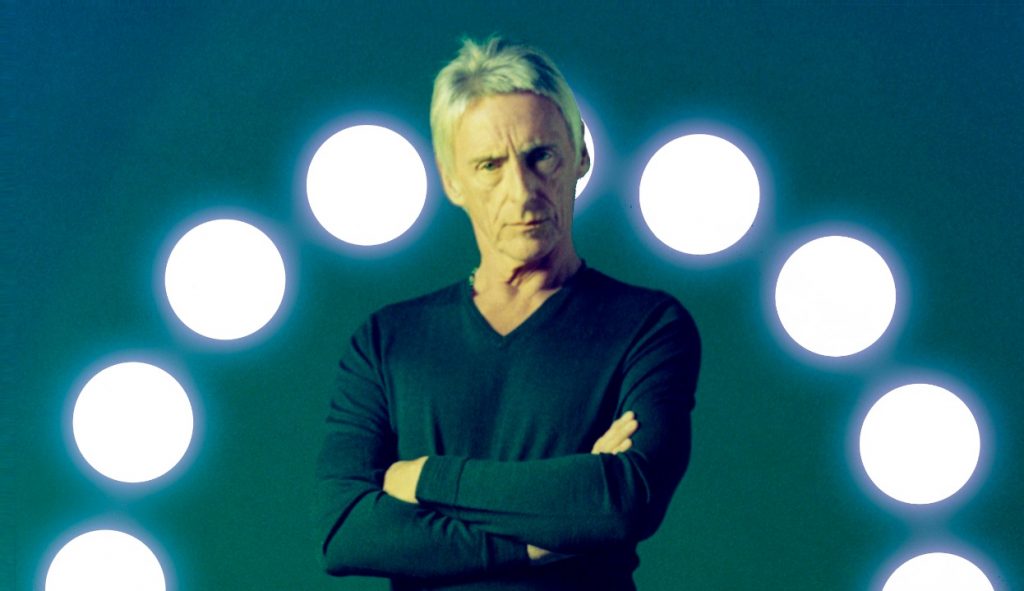 The thing about our Mr. Weller, is that he likes to move forward. Each new album is very different from the last. That’s not to say that he follows musical trends and fashions, in my opinion he doesn’t – he has his own agenda.

Of course, when it comes to his concerts, this can frustrate many of his fans, who want to hear The Jam! However, tonight’s return to the Brighton Centre, saw Paul playing a great mixed set that would please anyone!

It was forty years ago that The Jam’s ‘In the City’ album was released, and this tour showcases his incredible musical journey, and prolific writing skills. The set includes material (amongst others) from the albums ‘Wild Wood’, ‘Heavy Soul’, ‘Stanley Road’, ‘As Is Now’, ‘Wake Up The Nation’, ‘Saturns Pattern’ and of course his most recent outing, the brilliant ‘A Kind Revolution’. 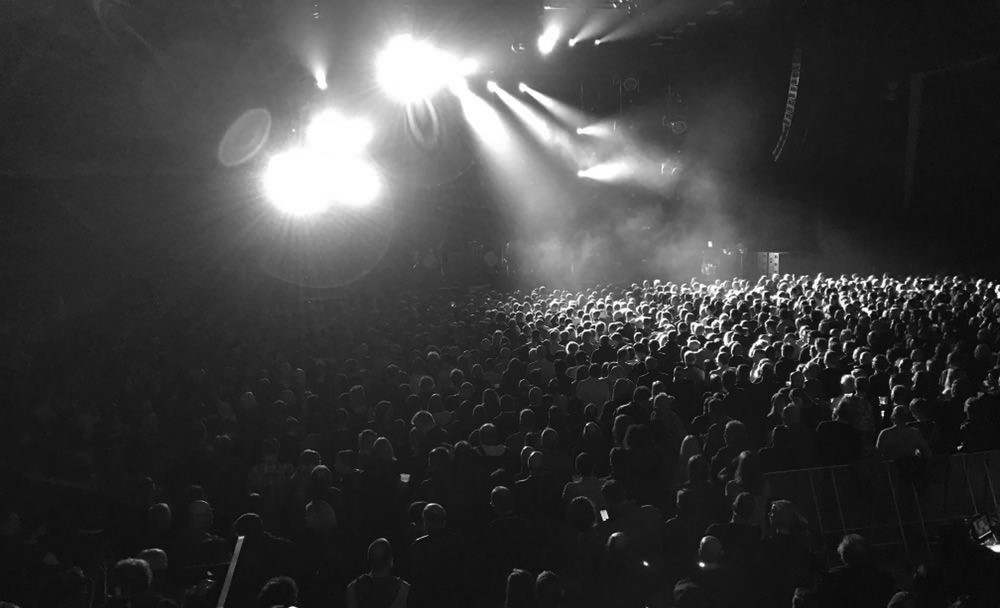 The crowd at Paul Weller

Quite surprisingly, it seemed (from the crowds reaction) that the three Style Council numbers played, were VERY welcome indeed, and I must admit the tracks were performed superbly.

I’ve lost count of the times I have seen this ‘Woking class hero’ play. I can say that I’ve seen him at venues large and small, from Crawley Sports Hall (where I believe he got a severe ticking off for smoking on stage, and when he refused to stop, got a ban from playing there again!), to The Albert Hall, which was an amazing experience. 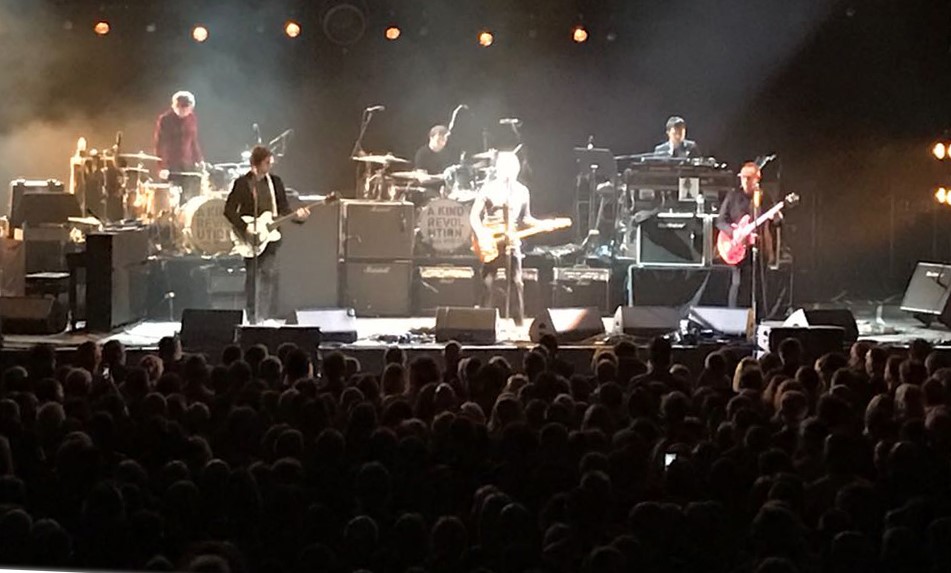 Tonight’s gig saw Paul in a very relaxed mood, where he seemed happy in conversing briefly with the crowd, even making a few jokes, as he flitted between playing guitar and piano.

The first set was a full electric experience, with Paul interestingly utilising a great deal of echo on his voice, throughout. The second set – which was actually an encore, was a brilliant semi acoustic set with Paul introducing The Strypes guitarist Josh McClorey to play on ‘That’s Entertainment’.

The third set (or second encore, if you like!) once more returned to a full electric affair, culminating in a ‘Town called Malice’. The whole band then took a very well deserved bow to an ecstatic crowd.

Encore:
Gravity (This is a new song!)
English Rose (The Jam song)
That’s Entertainment (The Jam song)
All On A Misty Morning (As Is Now)
Wild Wood (Wild Wood) 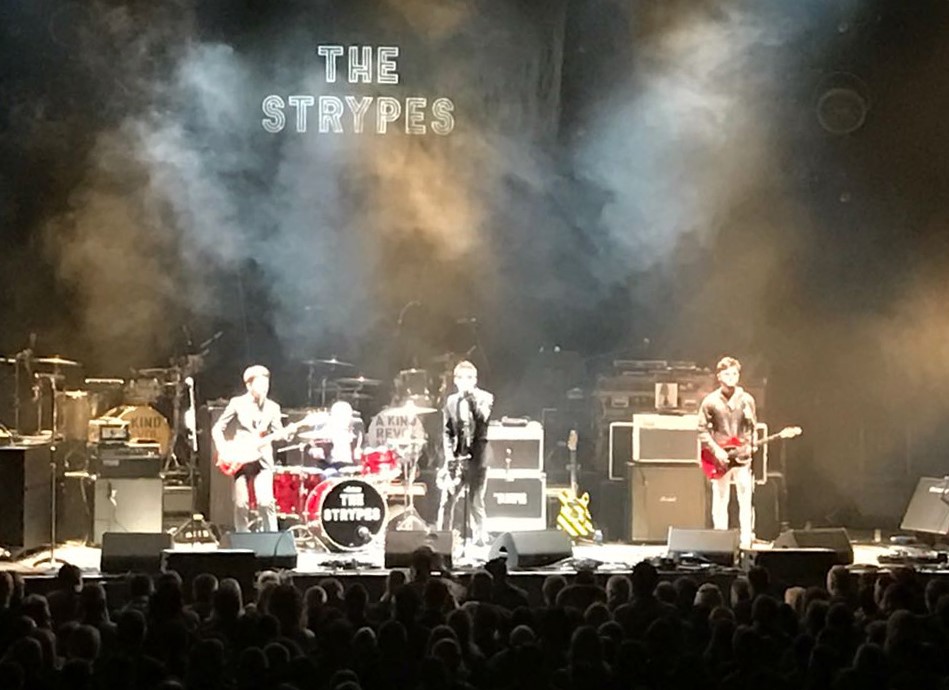 The Strypes live at The Brighton Centre 17.2.18

Support band for tonight were the wonderful Irish 4-piece The Strypes:
Ross Farrelly (Vocals), Josh McClorey (Guitar), Pete O’Hanlon (Bass)
and Evan Walsh (Drums). Taking influences from the 60’s and 70’s MOD, rock, blues and soul. You could be forgiven for comparing the bands on-stage antics to a certain band that Mr. Weller fronted in the late seventies. Indeed The Strypes were actually his full backing band in 2013 for a Record Store Day performance. Guitarist Josh has also performed on Weller’s last 2 albums.