A Hove coffee shop manager has been given a four-and-a-half year prison sentence for trying to meet an 11-year-old girl for sex. 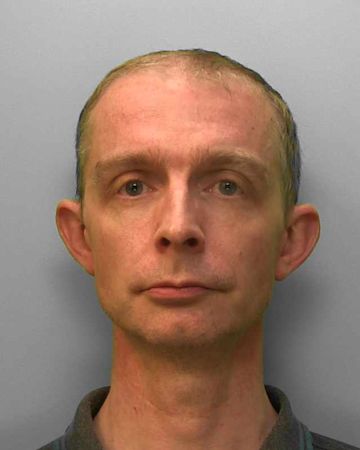 Kevin Baldock, 47, who ran the Revival Coffee Company in George Street, was sentenced at Hove Crown Court on Tuesday (20 February), having pleaded guilty at a hearing on 18 January to two offences of attempting to incite a child to engage in sexual activity. A charge of grooming in relation to the same matter was not proceeded with and will lie on the court file.

He will be a registered sex offender indefinitely and was also given a ten-year Sexual Harm Prevention Order (SHPO) severely restricting his access to children and computers.

Baldock, of The Drive, Hove, had been arrested in Crawley on Monday 18 December, following an intelligence-led investigation by detectives from the Sussex Police Paedophile OnLine Investigation Unit (POLIT).

At the time of his arrest he was manager of a cafe in George Street, Hove, which was searched following his arrest, as was his home address. Material was seized at both addresses and it was clear that he had used an electronic tablet at his place of work to engage in the on-line chat with the girl.

Detective Constable Martin Harmer said: “Baldock was engaging in sexualised chat online with someone he thought was an 11-year-old girl, with the intention of meeting for sex. In fact he was in contact with an undercover police officer.

“When he made an arrangement to meet her in Crawley town centre on that Monday morning it was with the clear intention of finding a hotel room and engaging in sex with her. But when he arrived by train we arrested him at Crawley railway station.”