Police have released CCTV images of a man sought in connection with the theft of a bike in Portslade. 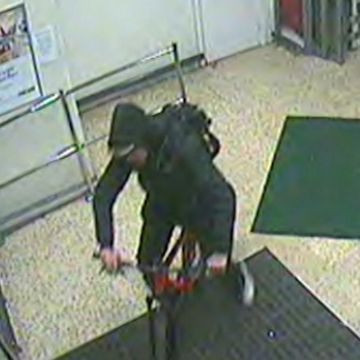 The orange Diamondback was stolen from the entrance of Tesco, in Station Road, at about 6.30pm on Wednesday 31 January.

The bike, which cost £550, belongs to a 13-year-old local boy who received it as a gift for Christmas, and police are keen to return it to its owner.

The suspect is described as white, about 6ft tall and of medium build, with tattoos on his hands.

He was seen wearing a black jacket with the hood up over a light-coloured baseball cap, black trousers and white trainers. He was also carrying a black rucksack. 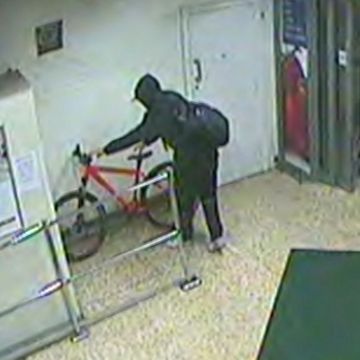 No weather warning for Brighton – but snow might yet fall