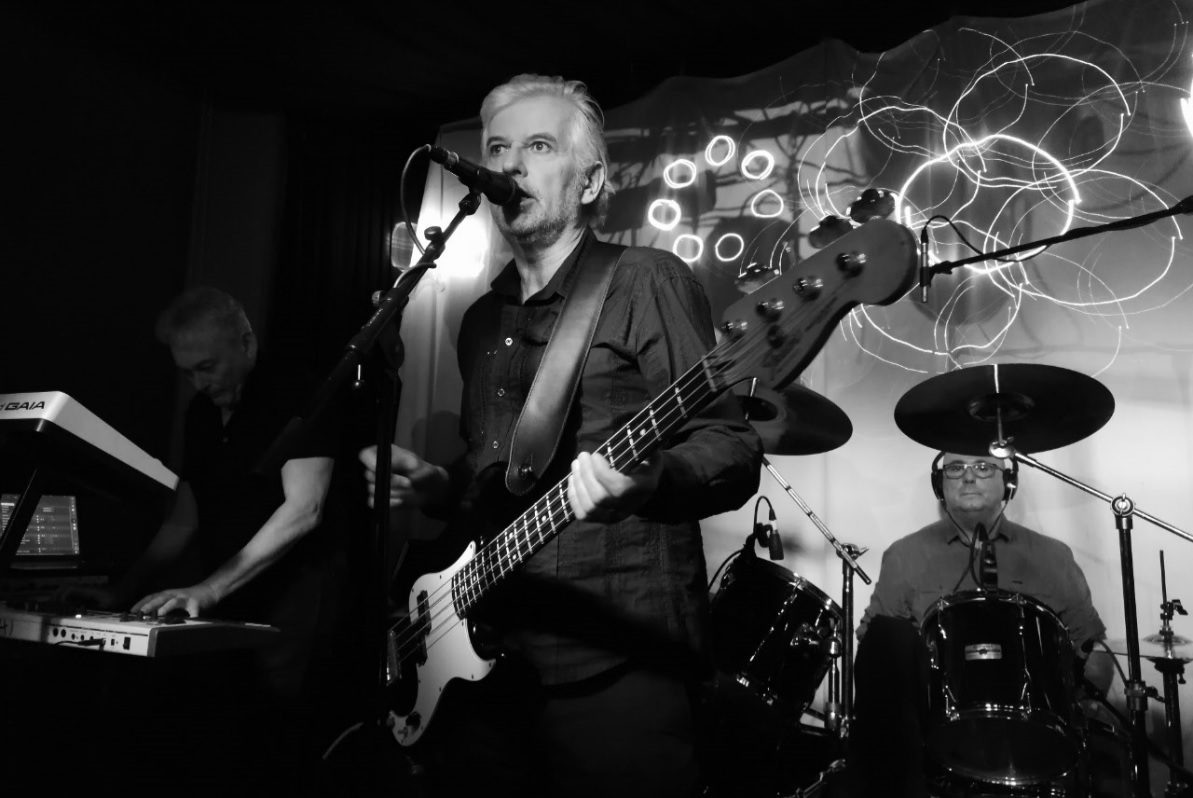 Like a bolt out of the blue, there it was, the announcement of a very rare spectacle indeed – a concert by pioneering synth band B-Movie. It was also the original early 1980’s Mansfield line-up of Steve Hovington (vocals, bass), Paul Statham (guitar), Graham Boffey (drums) and Rick Holliday (keyboards). Surely not? I haven’t heard of them for eons! Yep, it sure was!

Well that decided it then, the Brighton & Hove News would be covering this event tonight. Elsewhere, other team members were taking in the Easter concert joys from a wide variety of musical styles, from heavy metal punk (Maid Of Ace with Dirty White in support) to pop cheese (David Van Day), but today we are concentrating on the events that were taking place at the Prince Albert in Brighton.

B-Movie events are a rare occurrence and not surprisingly the Prince Albert was packed to the rafters as all of the tickets had inevitably sold out. I heard that there were punters that had come over of from Switzerland and Scandinavia especially for the event. Luckily The Albert is located virtually beneath Brighton Railway Station, so those guys, could fly into Gatwick and hop on a train to near the venue. 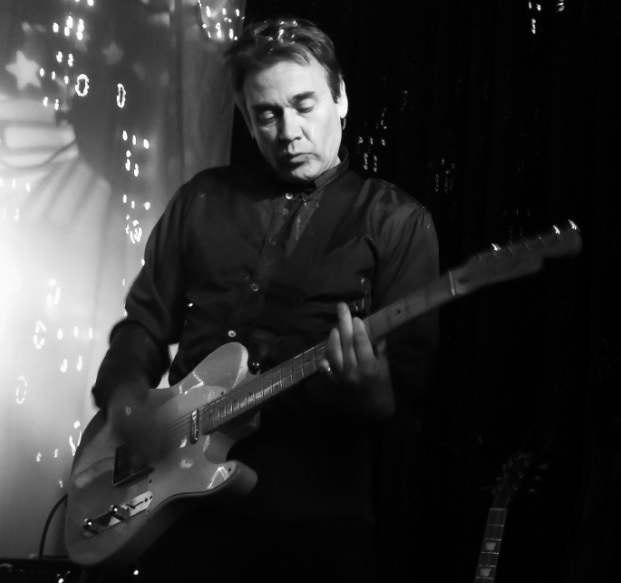 The Real Music Club were the promoters for this event and so everything should have gone swimmingly well for them, but alas there was a last minute crisis with one of the support acts Blues Mammoth being unable to perform this evening due to illness and being delayed elsewhere.

So with a mere 90 minutes notice, the day was saved by The Mighty Xantus – more about him and the other support act the Tim Burness Band later.

I have never seen B-Movie live before, despite purchasing the legendary compilation ‘Some Bizarre Album’ when it was unleashed to the unsuspecting world by larger than life music impresario Stevo way back in 1980. This album paved the way for brand new synthpop acts B-Movie, Depeche Mode, Soft Cell, Blancmange, The The and Naked Lunch.

The B-Movie guys appeared on the album as a result of the bands vocalist Steve Hovington thrusting a demo tape into the hands of Stevo whilst they were both backstage at a Cabaret Voltaire gig. The outcome of this was that B-Movie secured a support slot at Stevo’s Futurist Festival supporting DAF (Deutsch Amerikanische Freundschaft) in Hammersmith. Stevo subsequently became their manager as well as Soft Cell’s.

In January 1981, B-Movie signed to Deram Records and on 31st March the same year they did a John Peel Session, where they laid down ‘Polar Opposites’, ‘Welcome To The Shrink’ ‘Escalator’ and ‘All Fall Down’. They went on to release three critically acclaimed singles, ‘Remembrance Day’, ‘Marilyn Dreams’ and ‘Nowhere Girl’. The band supported Duran Duran on their first UK tour, but alas 1983 B-Movie called it a day. 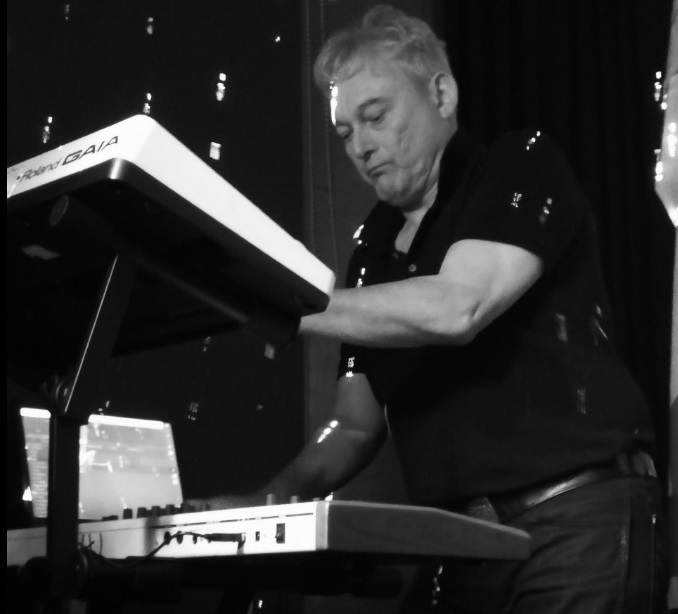 In 2004 the original line-up reformed for a show at The Metro Club in London. The band went on to perform throughout the UK and Europe and released their first new material for thirty years in 2012 with the album ‘Age of Illusion’, which was followed by the excellent ‘Climate of Fear’ album in 2016 and now their new single ‘Stalingrad’ is upon us.

Tonight, Steve commented on The Prince Albert being a special venue for John Peel, in fact there was a poster of him above their merch stall. But I wonder whether he had realised with it was indeed 37 years to exact exact day that the B-Movie John Peel Session was made. The planets were aligning for this to be a very special occassion.

This evening, the guys performed an eleven track set from compositions right across their history from 1980 to 2018. There were four songs from their excellent recent album ‘Climate Of Fear’ which signalled a massive return to form. They thankfully played the track that I had been waiting for over three decades to hear live, namely ‘Moles’ from the ‘Some Bizarre Album’ and it wouldn’t have been right for them not to have given their popular numbers a go tonight ie the aforementioned ‘Remembrance Day’, ‘Marilyn Dreams’ and ‘Nowhere Girl’.

However, I have a distinct feeling that I might be alone in citing the Joy Division-esque ‘Welcome To The Shrink’ and the A Flock Of Seagulls sounding ‘Corridors’ as the standout tracks, with surprisingly song of the evening going to ‘Another False Dawn’. I didn’t see that one coming – see what I mean HERE.

My only gripe from the set was that Rick’s keyboards really needed to be louder in the mix as they were frequently overpowered by the other instruments. 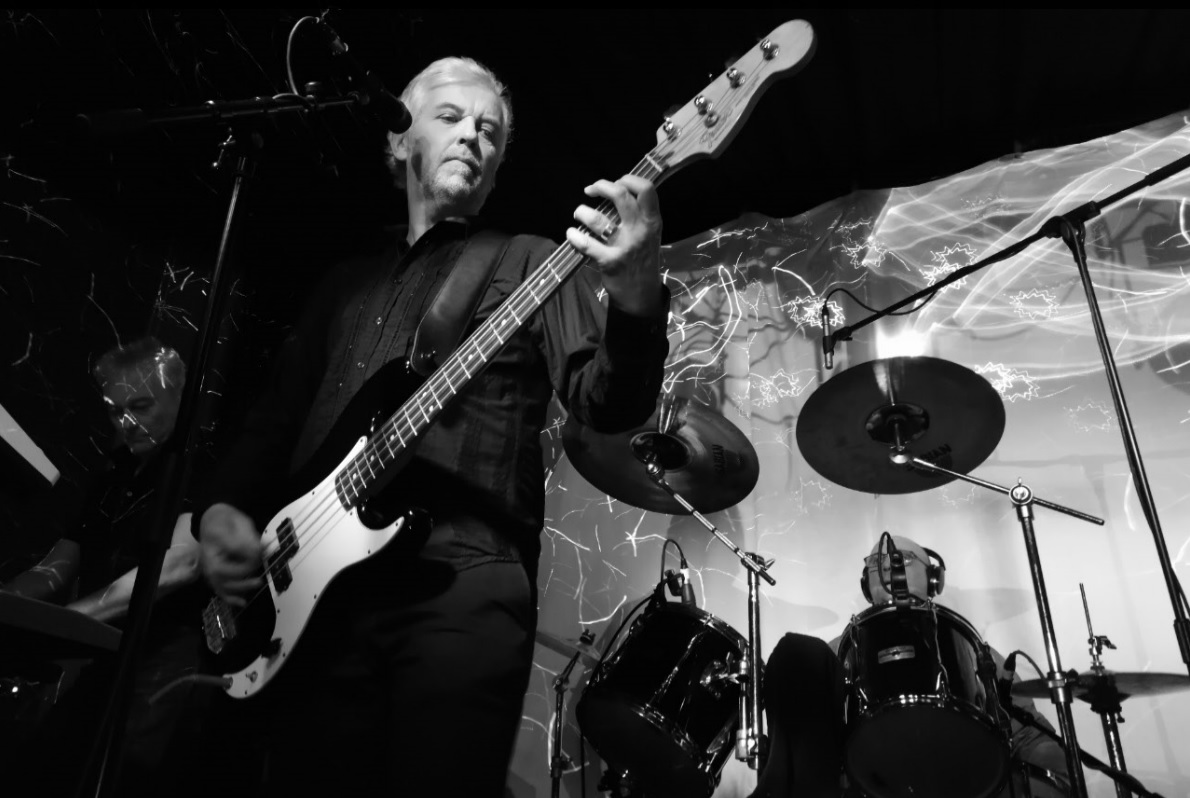 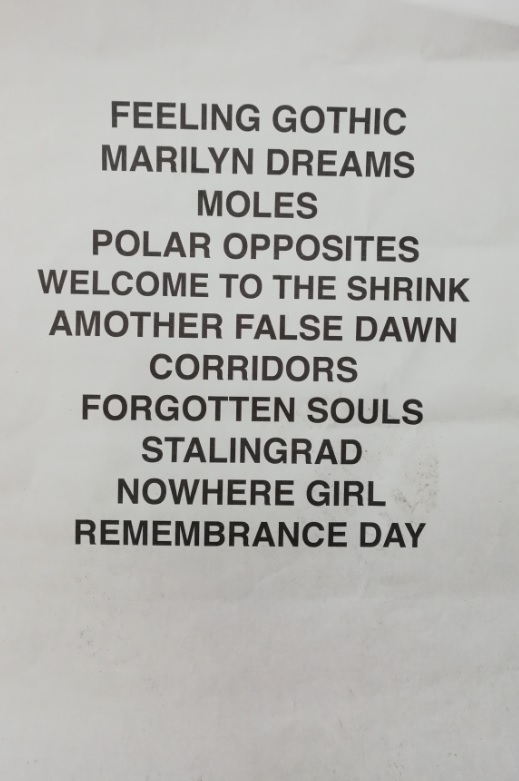 The main support act this evening was the Tim Burness Band. 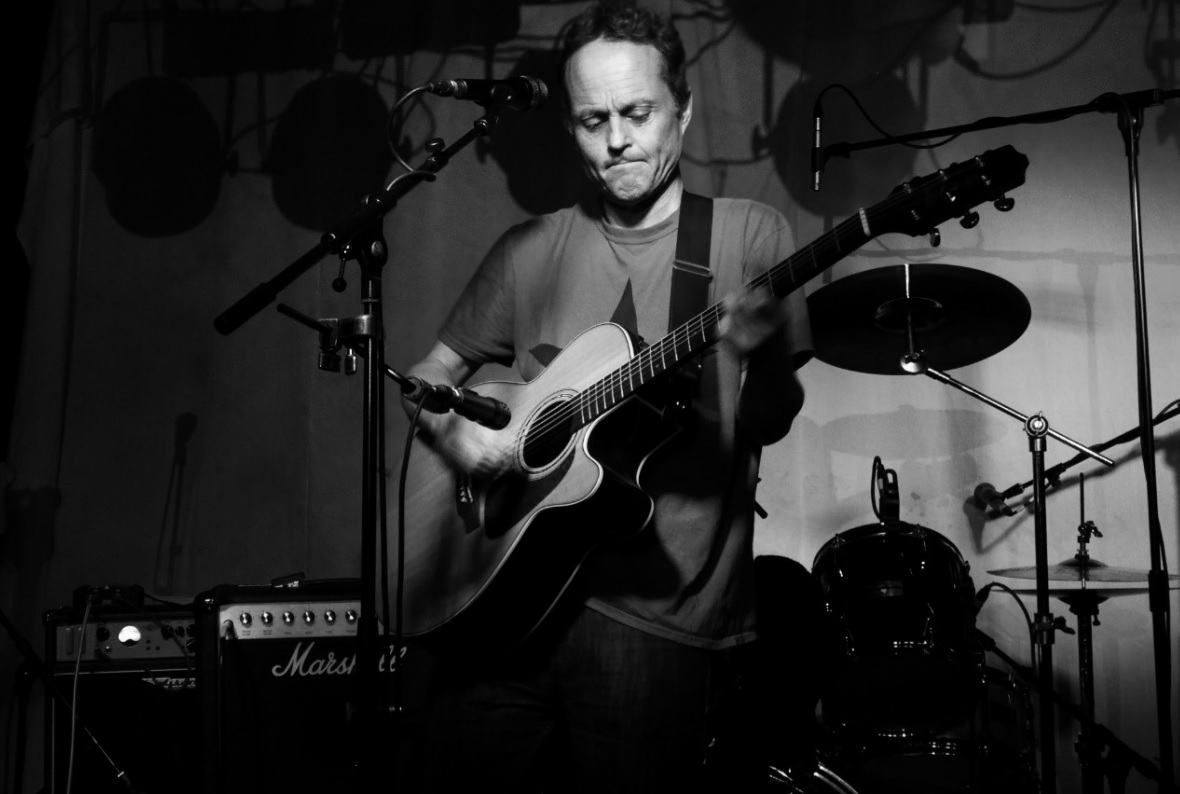 The band is made up of four very accomplished musicians, namely the Brighton based Tim Burness (guitar and vocals), drummer Fudge Smith (ex-Pendragon and ex-Steve Hackett), bassist Keith Hastings (Bamboleo) and keyboard maestro Monty Oxymoron (from legendary English punk band The Damned and also of the Sumerian Kyngs).

Prior to their performance, I was having a conversation with Tim and I must say what a very likeable fellow he is. A very down to earth guy and one you could easily go out for a pint with.

When on stage his warmth was still evident as he was having the banter with the punters in between each of his eight song set, whilst tuning his guitar. 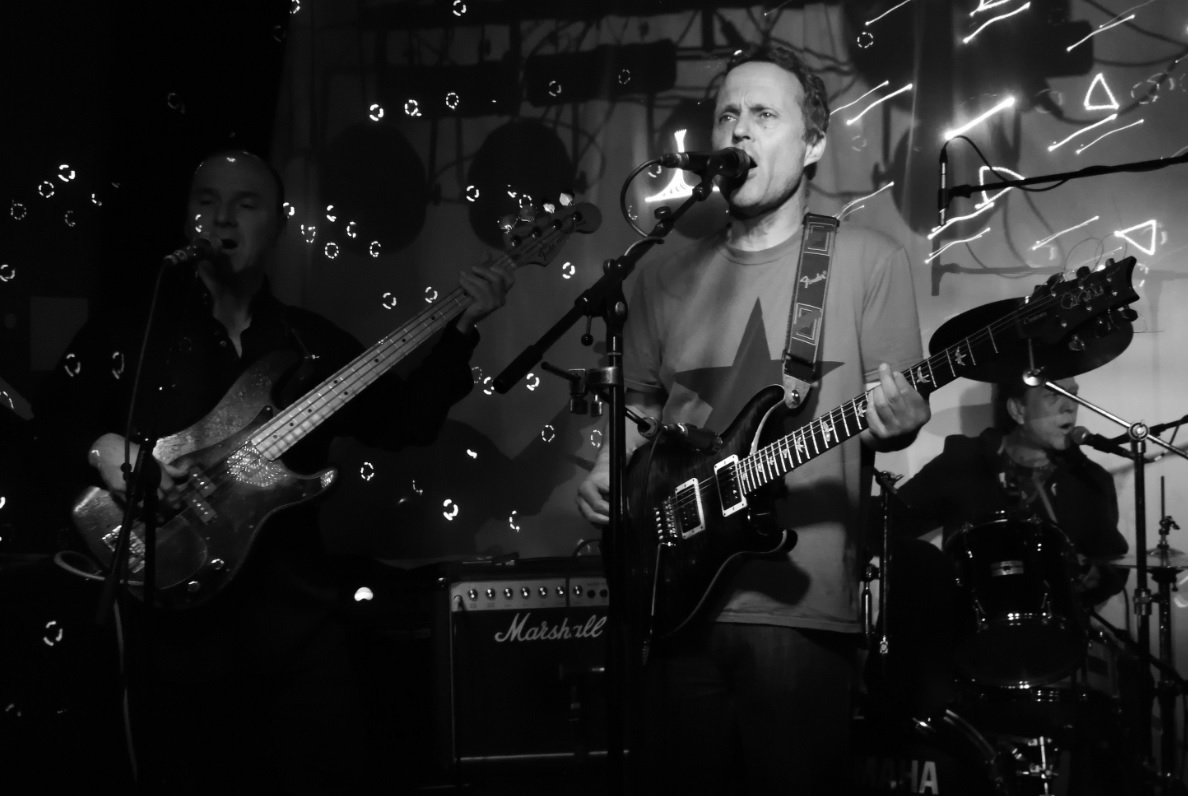 Tim has been recording and performing in one guise or another since the 1980’s. Gaining some relative success around Europe on the way as Burnessence. In May last year, he released his seventh album, ‘Whose Dream Are You Living?’ to some great critical acclaim and I must concur with those people as I have the album and it is a fine coming together of musical styles. With each song on the album you hear elements of other artists such as Steve Harley & Cockney Rebel and Peter Gabriel’s Genesis to name just two.

So live as well as on his recorded musical output, the Burness sound features a wide range of musical styles – from progressive rock to pop-rock to ambient electronica. The lyrics cover a range of interconnected themes – from the personal to the political to the spiritual. It’s a summing up of one man’s journey through his life with contrasting themes and ups and downs. It will be interesting to see what the forthcoming ‘Interconnected’ 2018 album will bring.

At The Albert, Tim (and not Desmond, Harold or Roland – injoke!) began his set with a solo number ‘I Don’t Know What’s Good For Me’ and then invited his pals to join him for the further numbers. I noted Keith Hastings bass playing style and it reminded me of the sadly departed Mick Karn from Japan. 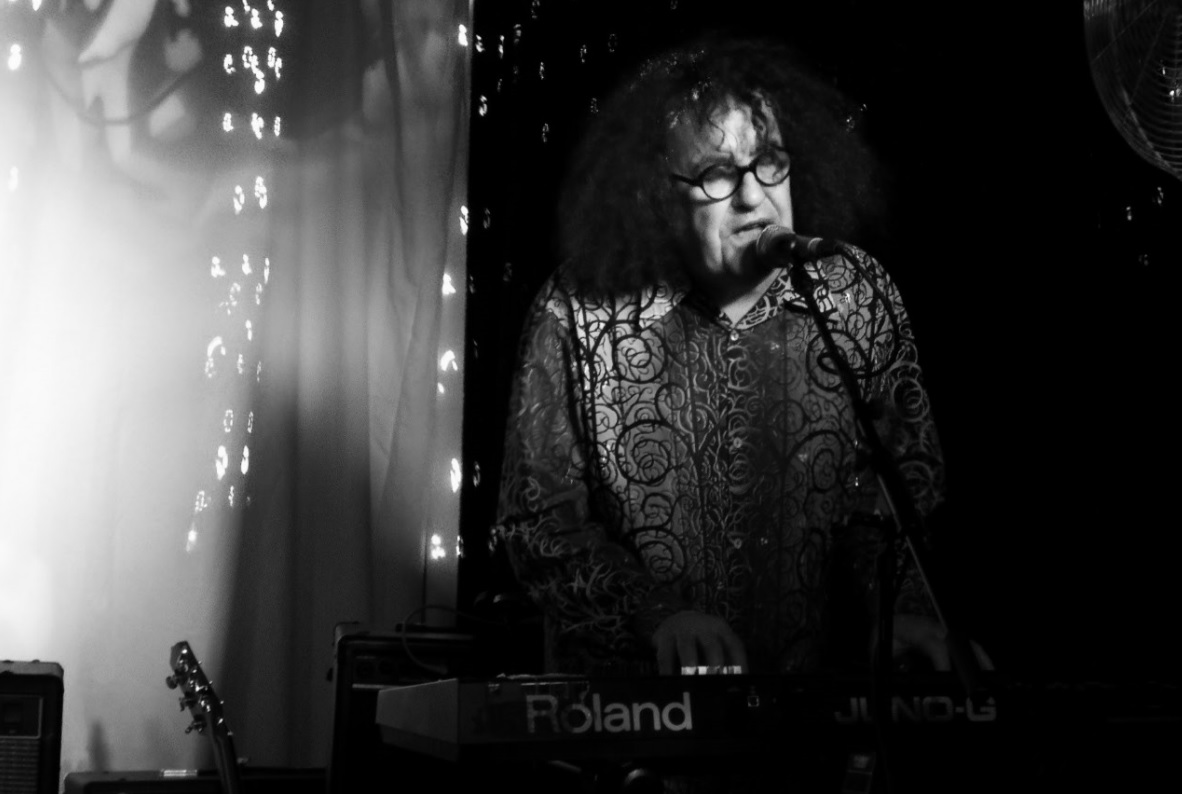 Monty Oxymoron from the Tim Burness Band live at the Prince Albert 31.3.18

The punters were sent on a journey during the set from prog rock to ballad to cosmic. We learnt that ‘Infinite Ocean’ came into being as a result of standing on the end of Brighton Pier. We learnt (if we didn’t already suspect) that there is ‘Mumbling In The House Of Commons’ with little else getting done – which was delivered as a southern version of Mark E. Smith. I learn that the most powerful and outstanding Tim Burness Band track tonight was ‘Walk Through The Darkness’,
which deals with depression as its subject matter and sounds akin to Oasis – nice one! 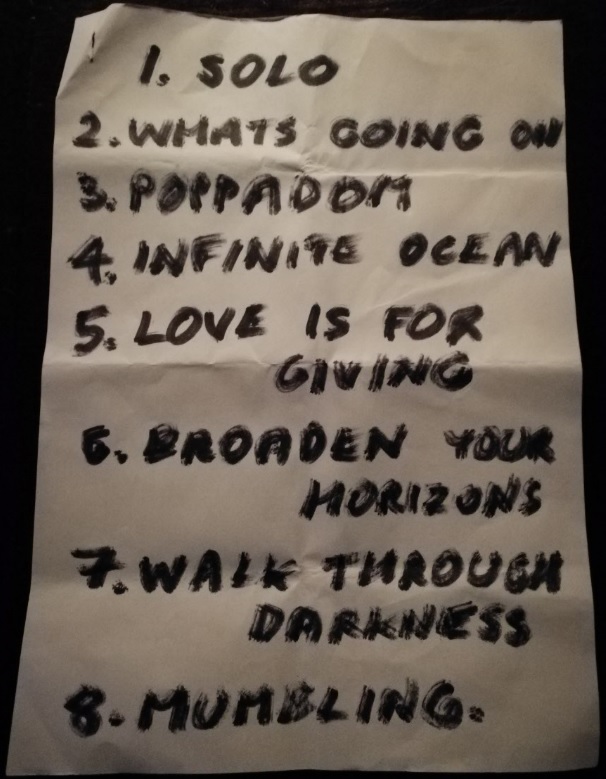 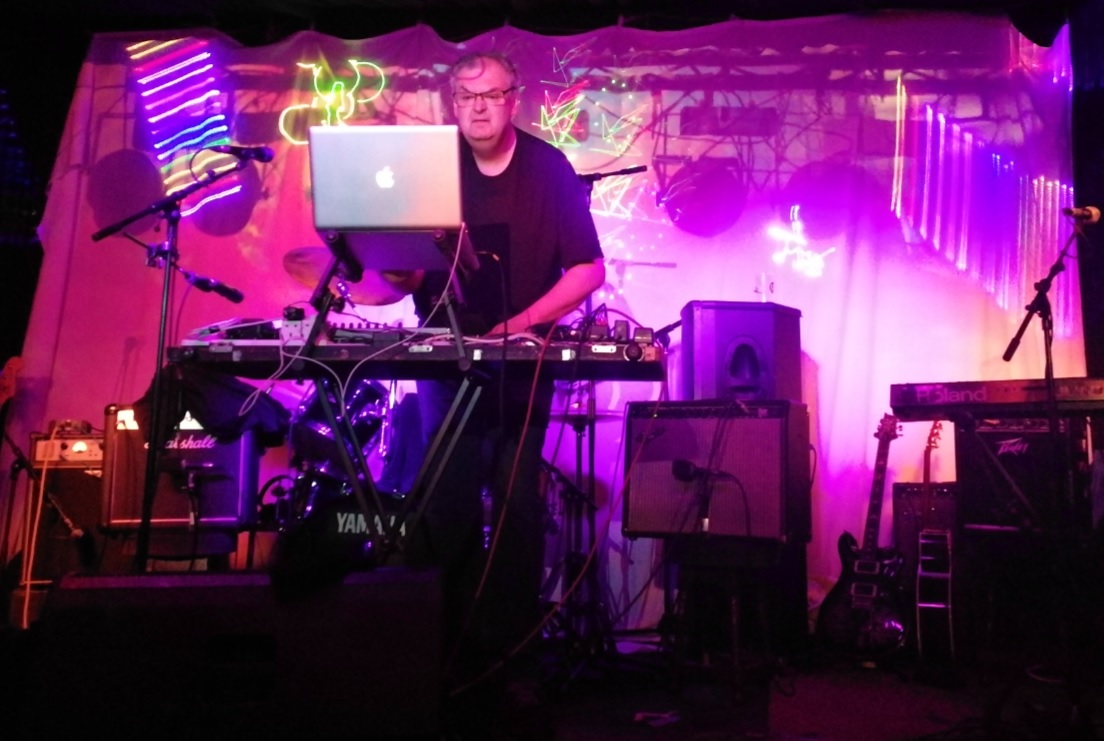 The Mighty Xanthus live at the Prince Albert, Brighton 31.3.18

Cliff has produced several albums and owns his own MIDI based studio based here in Brighton. He has played in many venues within the Brighton and Sussex area.

When discussing with Cliff about musical influences, he told me that people have commented on his similarity to Tangerine Dream, Jean Michel Jarre and the like. However, based on tonight’s uplifting laser light led performance, I would definitely say that we were witnessing a psy trance set knob twiddling set.

Cliff had previously recorded the clubby-trance backing tracks and then he performed live over the top of them with his own mini keyboard knob twiddling prowess. Not bad going with a mere 90 minutes notice! 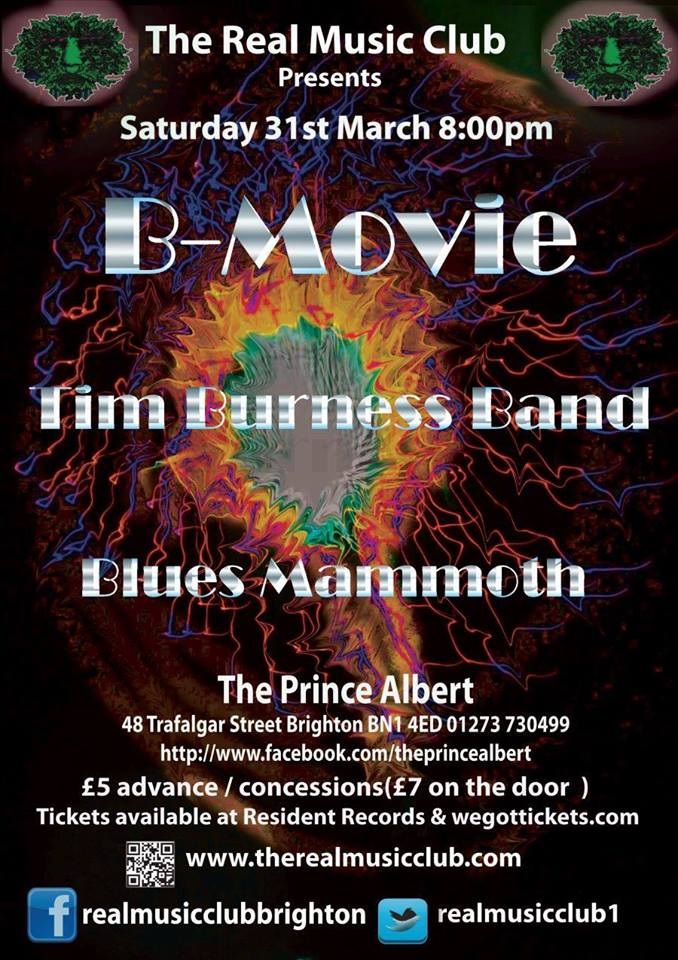 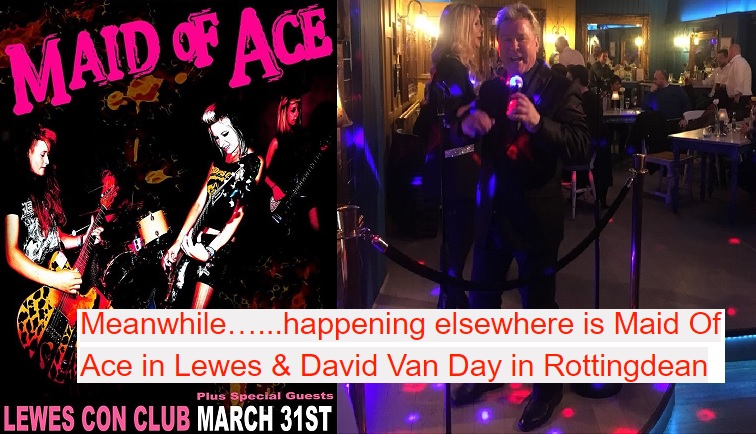