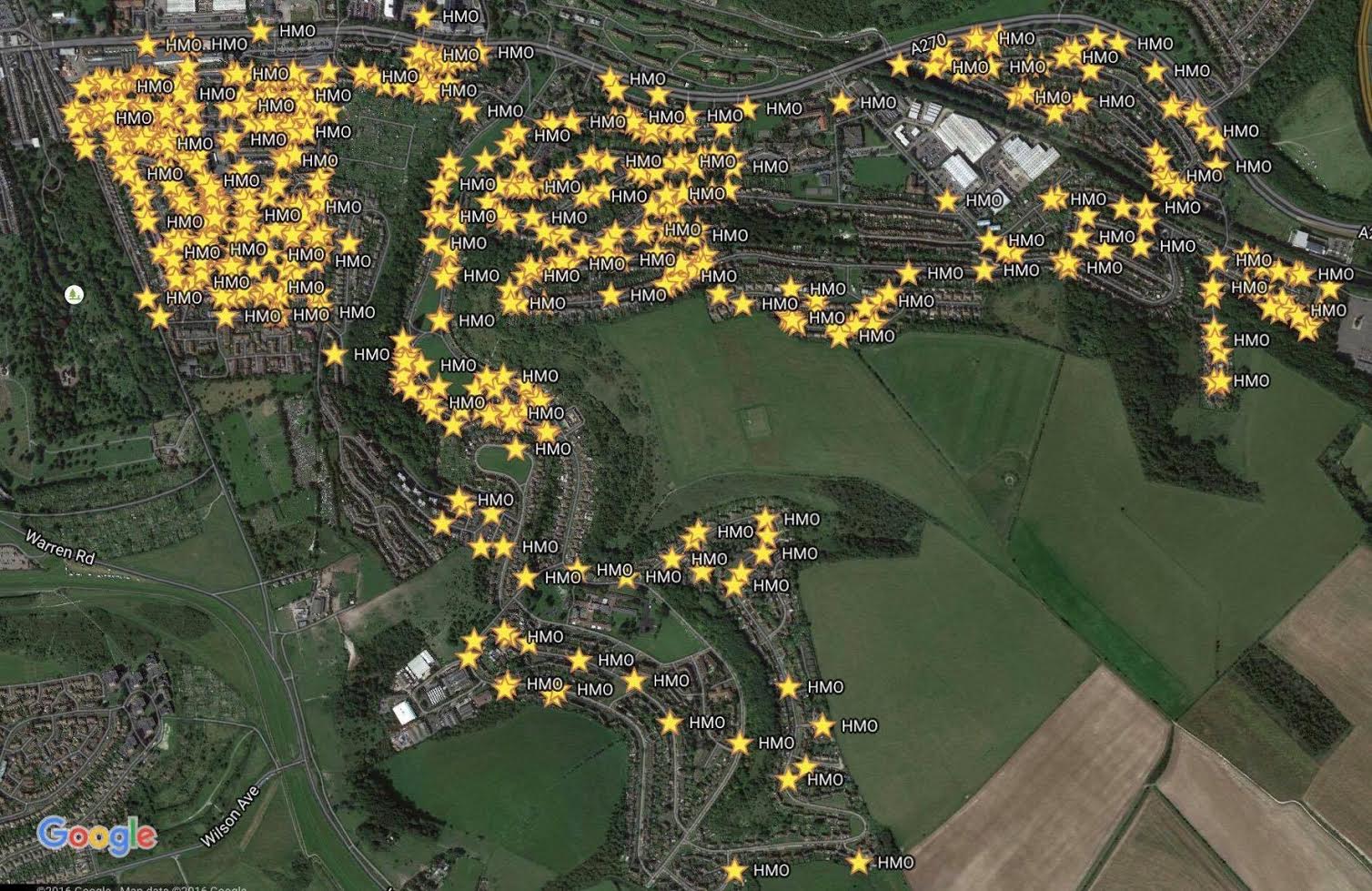 The city is considering introducing the tightest restrictions on the growth of shared houses in the country in a bid to stop the “studentification” of neighbourhoods.

A public meeting of the Brighton and Hove’s HMO Forum, which meets to discuss the impact of student shared housing on communities along the Lewes Road, last night heard the familiar concerns of residents, which encompass not just antisocial behaviour but worries about how families are being squeezed out of neighbourhoods and the knock-on effect on schools, doctors and other services.

The aim of the meeting was for different neighbourhoods to join forces and fight for more powers to combat the issues, with better coordinated reporting of problems and lobbying for landlords to be charged business rates.

Meanwhile, Brighton and Hove City Council’s draft city plan, which went out to consultation over the summer, includes proposals to change the current planning policy of no new HMOs (houses of multiple occupation) where there are already more than 10% within a 50m radius to add conditions that there shouldn’t be three or more HMOs in a row, and no more than 20% in the wider neighbourhood, defined using census areas.

More than 60 people from Coldean, Bevendean, Hanover and the London Road area packed out the meeting at St Mary Magdelene Church hall in Selham Drive, Coldean.

Possible courses of action discussed were:

Chair David Whitmore, from Coldean Residents Association, kicked off the meeting by saying: “I don’t want to be here. My wife and I worked hard for 50 years and now we want to be able to enjoy a peaceful retirement. Unfortunately this isn’t possible because of student problems which have blighted our neighbourhood.

“Brighton and Hove City Council do appear to be finally taking heed of the council tax payers concerns and have proposed maximum powers, but unfortunately it’s too little, too late.

“No council tax or business rates are levied upon student accommodation – basically residents are picking up the tab. In 2016/17, the council lost out on £6,834,871 in council tax from student houses.”

He referenced a recent Observer article about the boom in student houses which highlighted St Andrews in Scotland, where students now outnumber residents by 9,000 to 7,000, adding: “Are we in danger of this happening to us? I know several families moved out because of the impact on our community.

“What we have been doing over the years is going round in circles and going nowhere. We need to look at the options available

“By joining forces, it would be more difficult for them to ignore us.”

Robin Berry, also from Coldean Residents Association, said: “It’s about the fact our houses are being taken from our children. They have no chance of ever buying their own house.

“We have got problems with schools not being able to fill their classrooms. If this goes on for too long, they will end up closing and people will lose their jobs.”

Alison Sutton from Bevendean, who has helped organise another meeting about HMOs and the closure of local services for residents tomorrow night, said: “We are very concerned about our services disappearing.

“We aren’t anti student – they’re being exploited as much as anybody. We are concerned that these areas are going to become dormitories without community.

“One councillor called the loss of services in Bevendean [where a GP surgery and community hub has closed] regrettable – it’s more than regrettable, it’s bloody disastrous.”

Cllr Dick Page, who represents Hanover and Elm Grove, said: “In my ward, we have a planning application for Enterprise Point where they want to put 350 student beds there. Because it’s not an HMO it gets around the 10% rule, but suddenly the student population there goes whoosh.

“But there are things we can do … The council is going to have field officers soon who will respond to complaints about noise and antisocial behaviour.”

Becky Ouassa, who lives in Coldean Lane, said: “We live between two HMOs and I have had years where students have been evicted for bad behaviour.

“Forty students went down Coldean Lane from Varley Halls last night. My neighbour captured it on CCTV but every person I spoke to didn’t realise they can report it.

“Everyone has these issues but it feels like people don’t know where to go.”

Sue Harris, the chair of Coldean Resident Association, said Coldean experienced a “double whammy” of problems both from HMOs and the impact of Varley Halls on the neighbourhood. She added relationships with the universities, particularly Brighton, had not been easy, but were improving.

After one resident raised the issue of student numbers expanding faster than rooms in new halls, Lenny Rolles, head of public affairs at the University of Sussex, said that many of the extra students who would enrol would already live in Brighton or commute from outside.

Becky Foran, the university’s housing services manager, added: “Additionally we will be looking to bring forward more plans to increase the capacity on campus.”

But the frustrations of local residents were summed up in the response from one man, who asked: “If the university is bringing in £340million, why is our grass not getting cut?”

The draft city plan, on which consultation has now ended and comments are due to be fed back to councillors in due course, says: “There are approximately 5,000 licensed HMOs in the city. This high number is partly due to housing costs and availability in the city, and partly due to the supply of Purpose Built Student Accommodation (PBSA) not matching the past expansion of student numbers.

“The city’s housing market has responded to the imbalance in supply and demand through increasing numbers of family dwellings being converted to HMOs.

“[The existing policy] has been effective in preventing new HMO development from exacerbating existing concentrations within a short 50m radius of application sites, whilst allowing further conversions in areas of lower proliferation.

“However, additional HMOs can also impact on residential amenity where they lead to concentrations in the immediate vicinity of an application site, as well as creating other impacts where they proliferate at a broader neighbourhood level wider than the immediate 50m radius.”

It adds: “It is hoped that as the supply of Purpose Built Student Accommodation to meet the need from the city’s educational establishments increases, the demand for HMOs from the student population will decrease.”

The meeting in Bevendean tomorrow will be held at 7pm at Moulsecoomb Hall, Lewes Road.