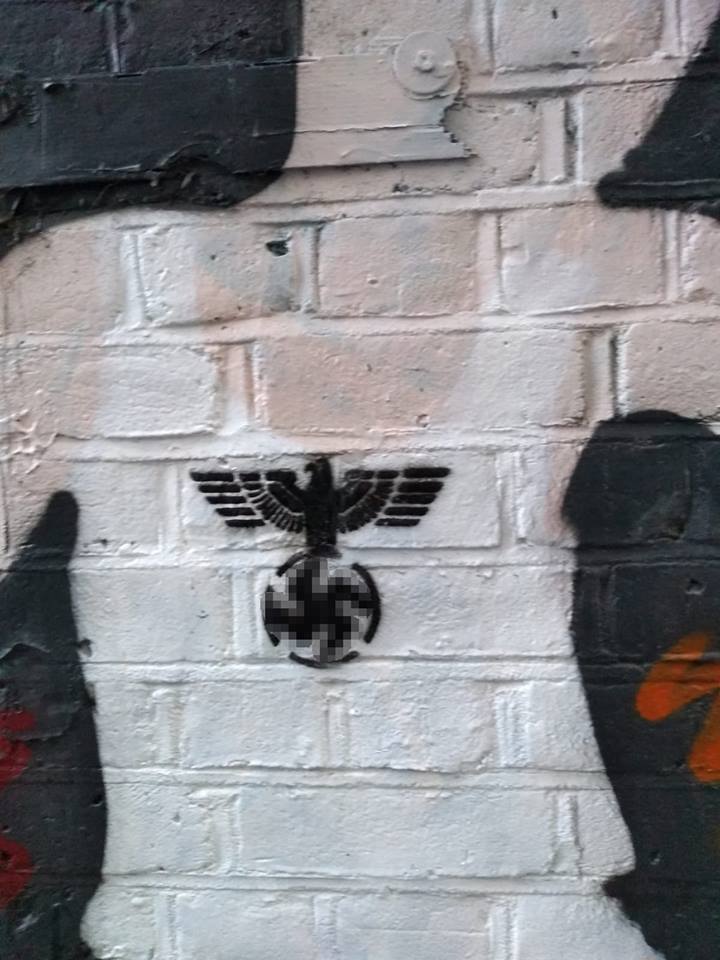 Hate filled vandals sprayed a swastika on the side of a building in Brighton last week.

The fascist symbol, complete with the eagle emblem of the Nazi Party, was found by antifascist activists in Providence Place on Friday afternoon.

The activists sprayed over it with black paint.

Ivor Caplin, former Hove MP and chair of the Jewish Labour Movement, said: “We haven’t had many incidents like this in Brighton and Hove as we pride ourselves on being an anti-hate city.

“This type of behaviour is totally a utterly unacceptable and should always be reported to the police so they can take appropriate action.”

A Sussex Police spokesman said: “On Friday (5 October) we received two reports that some offensive graffiti had been seen the previous day, scrawled on a wall in Providence Place, Brighton on a unknown date.

“The council is aware and we understand the images have been removed.”