Woman ordered to keep her dangerous Rottweilers under control 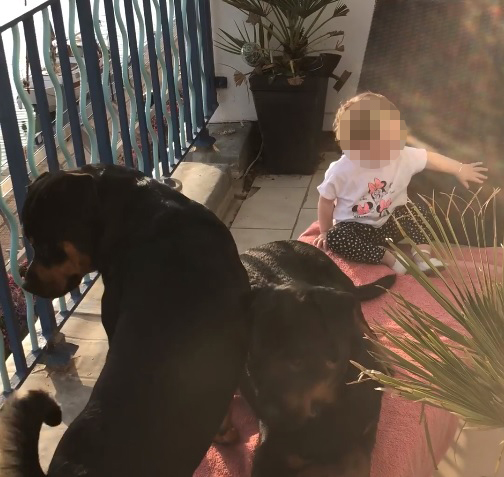 A Brighton woman has been ordered to keep her two Rottweilers under control after a catalogue of complaints from her neighbours.

Donna Riddell, 53, was taken to court by Brighton and Hove City Council after one of the dogs, Peaches, twice bit other dogs, a lurcher and a shih tzu.

She was ordered to muzzle Peaches and make sure an adult is holding her on lead of 10m or less whenever outside Riddell’s flat in The Strand at Brighton Marina.

And her other dog, Biscuit, must also be kept under control and only walked by adults outside the flat.

The first incident happened in East Brighton Park at the beginning of July when the two Rottweilers lunged and snapped at a lurcher, with Peaches biting and puncturing the dog’s skin.

The matter was reported to the Council’s Animal Wardens Team who immediately began making enquiries to locate the Rottweilers and their owner.

Then later in July a similar attack took place at Brighton Marina with Peaches again biting a dog, this time a tiny shih tzu.

The council tracked Ms Riddell down and began legal action under the Dogs Act 1871 for a Control Order on both animals.

On her public Facebook profile, Riddell said she was also being taken to court by Brighton Marina who want her to remove the dogs from her flat entirely.

But she insisted that her dogs are not vicious, and two days after last Wednesday’s hearing at Brighton Magistrates’ Court, she posted a video of them playing with a young child.

She posted on Facebook: “My beautiful dogs are not vicious and love people, adore kids and get on with most dogs. The Marina are really out to get both me and the dogs out.”

“Peaches bit another dog, it’s horrible but dogs do fight it’s nature, they are so soft it’s ridiculous, they love people especially kids and have lots of other doggie friends but now and then she will decide there is a dog she doesn’t like normally because they yap in her face.

“Biscuit couldn’t care less but she got badly attacked when she was a puppy so I think that’s put her on her guard now.”

She also mentioned a time when one of the dogs ran into a neighbour’s flat and urinated on his carpet.

As well as the two dangerous dog orders, the court also ordered Riddell to pay the city council costs of £700.

Cllr Jackie O’Quinn, chair of the council’s licensing committee said: “These attacks must have been extremely frightening for the dogs and their owners, so we are very pleased that magistrates have taken action against Ms Riddell and her dogs.

“This case shows the council will take action to ensure dog owners take responsibility for animals who are dangerously out of control.

“The witnesses in these attacks provided clear and detailed evidence and identification regarding Ms Riddell, which is always needed in order to begin proceedings against a guilty party.”

If you see a dog that is out of control and you can give the council a very good description of the dog and its owner, please email animalwardens@brighton-hove.gov.uk or call 01273 294266.