Indie noise rock band The Homesick back in Brighton 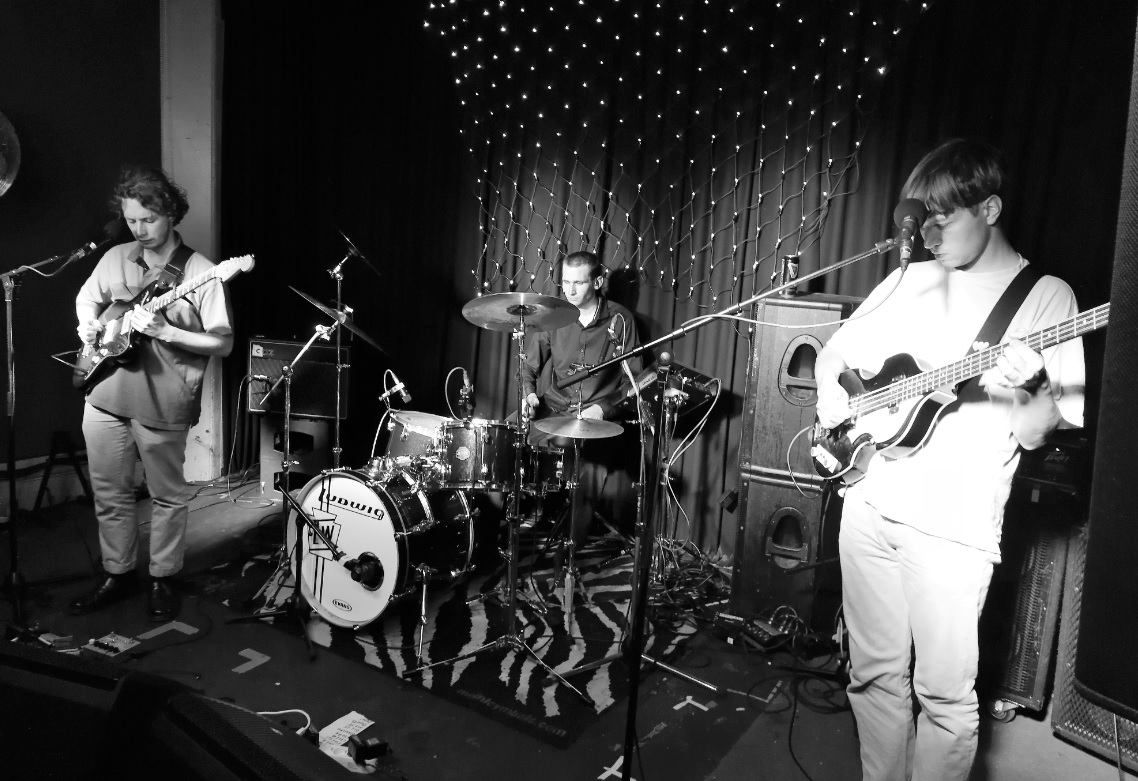 It’s not often that you get to say that a bands following gig after playing in Brighton is in Luxembourg, but that’s exactly where hotly-tipped The Homesick are off to tomorrow (Wednesday 24th October) as part of their 22-date European tour.

The Homesick are Elias Elgersma, Jaap van der Velde and Erik Woudwijk and the lads hail from the picturesque fortified town of Dokkum up in the north of The Netherlands. The place can be likened to a town the shape of the Pentagon (in the USA) meets Henry VIII’s Deal Castle (in Kent) and encircled by water – very picturesque. 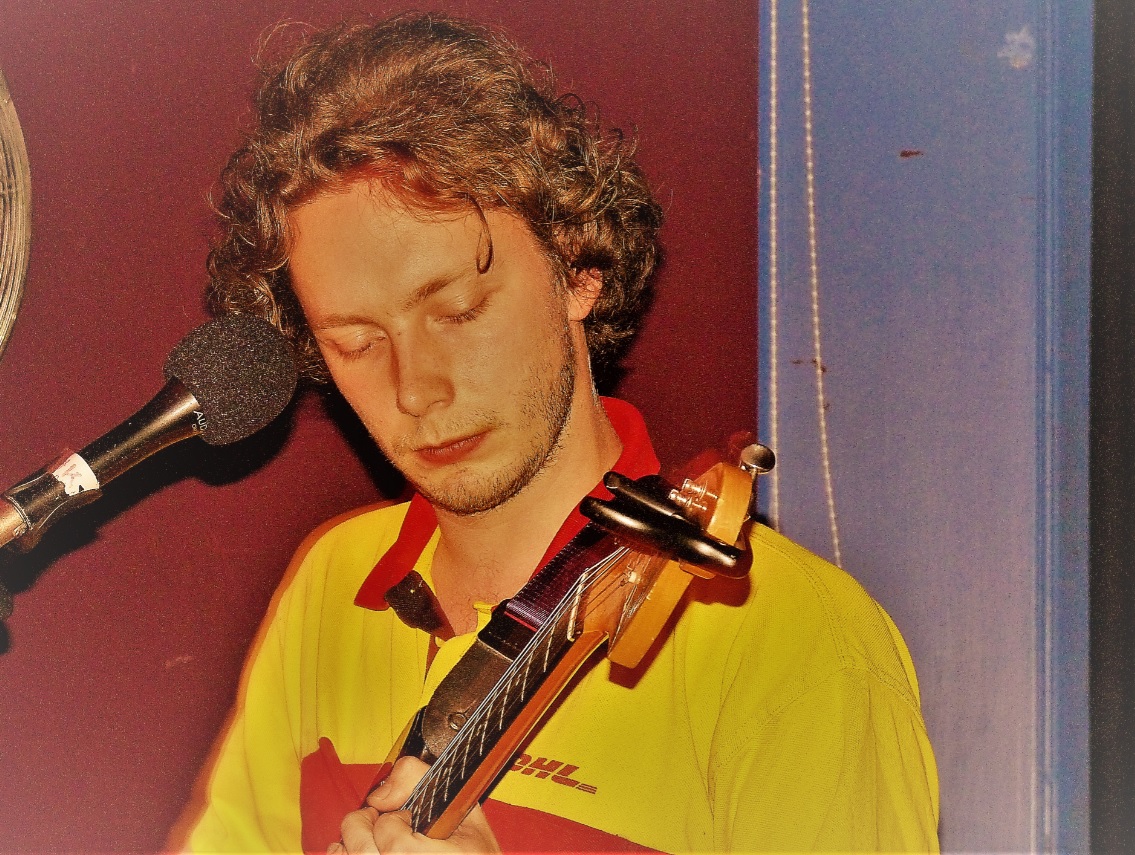 The history of their ‘floating’ town hasn’t gone amiss on the lads as track five (and previous single) on their 2017 debut ‘Youth Hunt’ album is called ‘St Boniface’, which is a reference to the best-known event in Dokkum’s history, where Anglo-Saxon missionary St Boniface became a martyr in the year 754.

The noisepop band were back in Brighton after their successful appearances at this years Great Escape new music festival. So it’s good to have actually been able to catch them this time around as there was a clash of gigs back in May, but then I guess there always is with the Great Escape, with their being so many up-and-coming new acts playing all over the City. 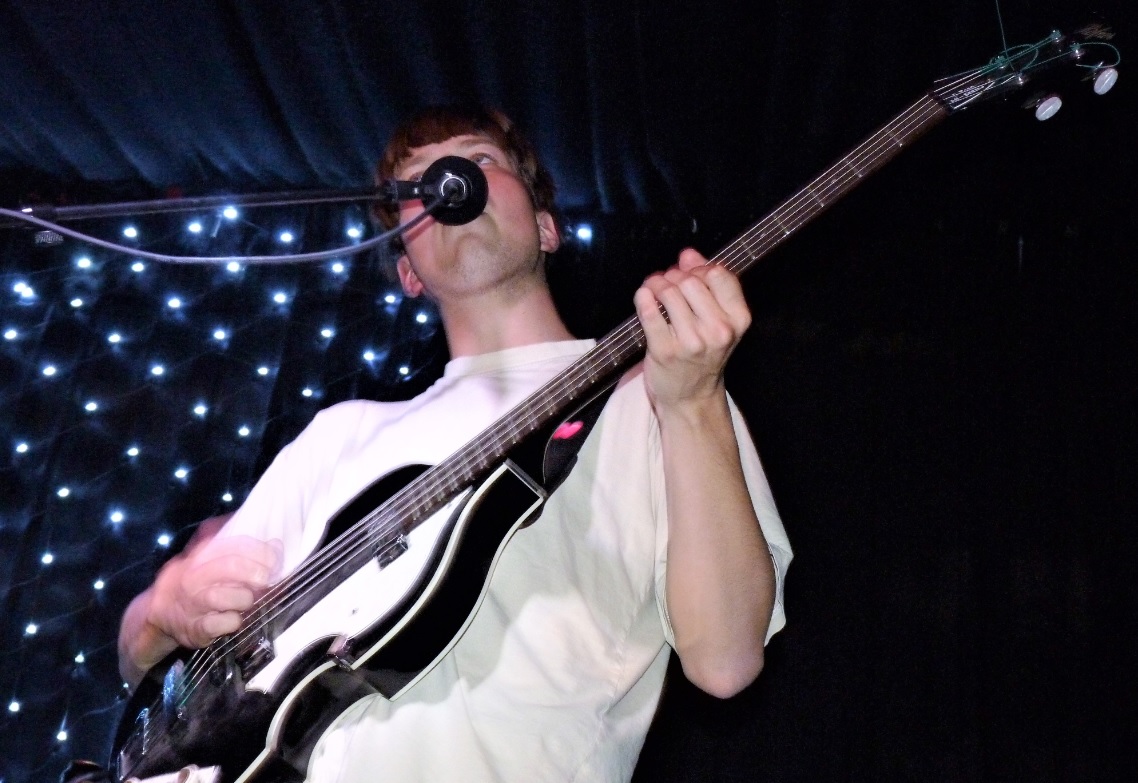 Judging by their sound, The Homesick are thriving well on the isolation of the Frisian rural area where they live, as they are considered as one of the most exciting new underground bands. Their self-recorded and produced ‘Youth Hunt’ album was nominated ‘Album Of The Year’ in The Netherlands and is filled with daring noisy and experimental pop songs that are rammed full with great hooks. No wonder they have been drawn to the attention of the international press and have embarked on this exciting promotional tour.

I must say that I am rather partial to tonight’s venue, the Prince Albert, as it carries on that bohemian feeling from further down the road in the North Laine, plus the fact that it serves great beer as well as the upstairs venue being a rather intimate affair. 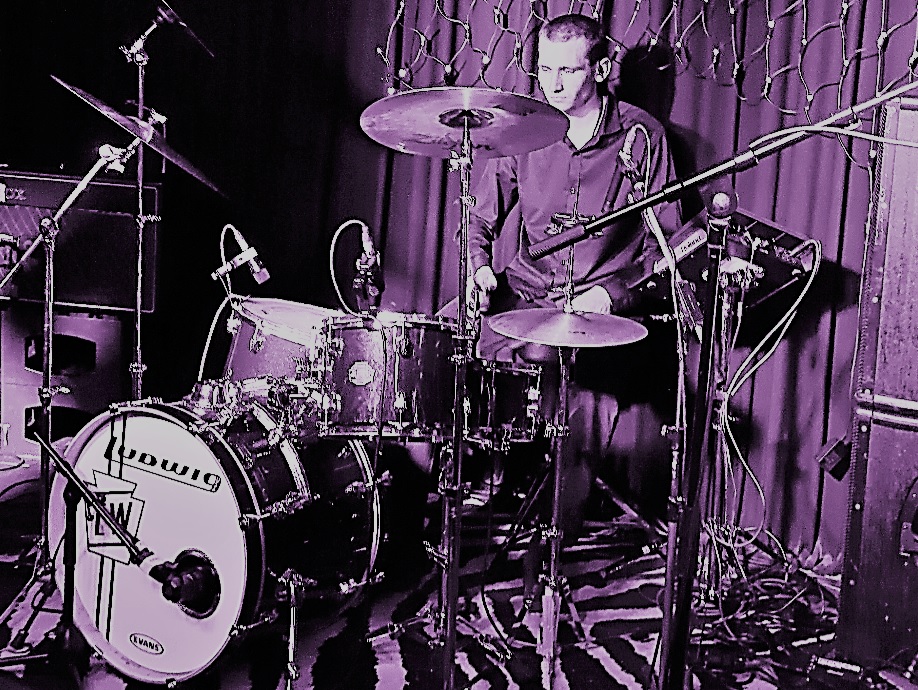 The Homesick were a tad different from the previous band that we had seen earlier on in the evening at the nearby Hope & Ruin venue. We had witnessed a rousing set by BlackWaters and they were an in-your-face act along the lines of Bristol’s finest act, IDLES. In fact the colleague I was with this evening actually prefers BlackWaters to IDLES. You can read our BlackWaters review HERE.

The Homesick were very sedate affair in comparison as they were rooted to the spot and literally just got on with playing their decent ten track set. They even in the main, left it quiet in between tracks just like New Order used to do in their early days. I did personally feel this was a little eerie and so felt the compulsion to interact with the lads during one of these gaps (as I was right at the front) by enquiring whether they were enjoying themselves? And indeed they were! Ice broken – happy days. 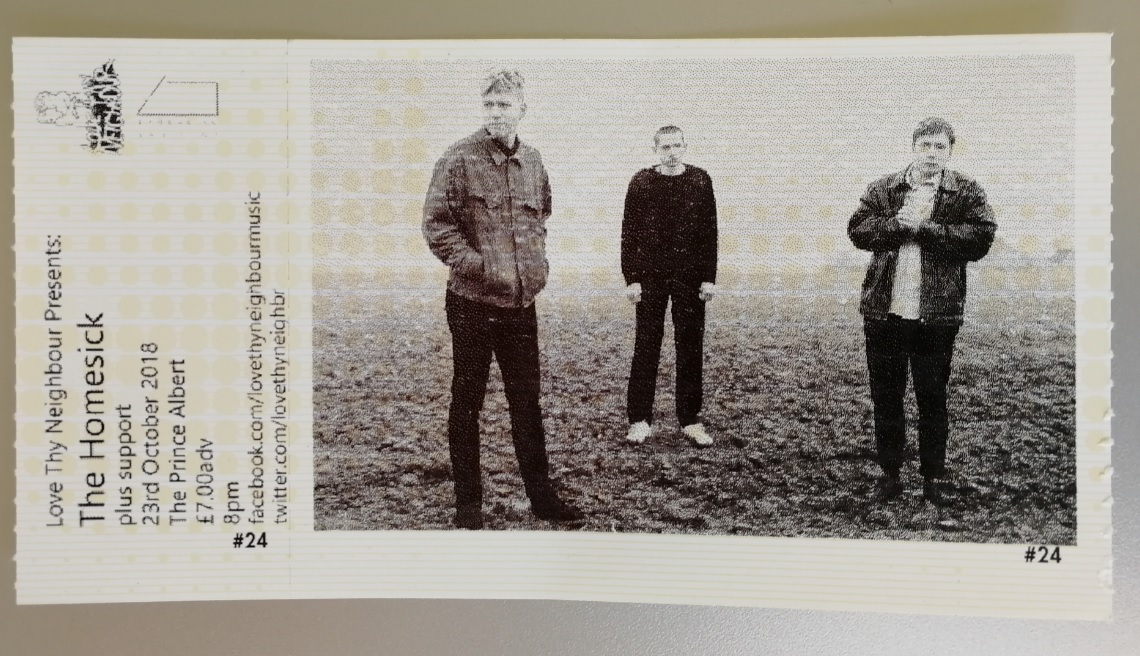 As far as I can tell, the lads set consisted of just three released tracks out of the ten and those three being culled from the aforementioned 2017 debut ‘Youth Hunt’ album. They were the opener ‘Half Aryan’, ‘Mattheus’ and terrific closing number ‘The Best Part Of Being Young Is Falling In Love With Jesus’.

Therefore we can assume that there should be a forthcoming album on the near horizon and having heard seven of the unreleased tracks tonight, I would definitely indicate that the future is looking very bright for our Dutch friends. Hopefully this release will be sooner rather than later – hint hint boys!

The tunes tonight were on the whole rather mesmerising, exactly like the drummers playing, which incidentally I likened to him after the show as being similar to Joy Division’s Steve Morris – yep he was that good! I heard elements of fellow magical Dutch band PAUW in The Homesick tunes, which is a positive thing. 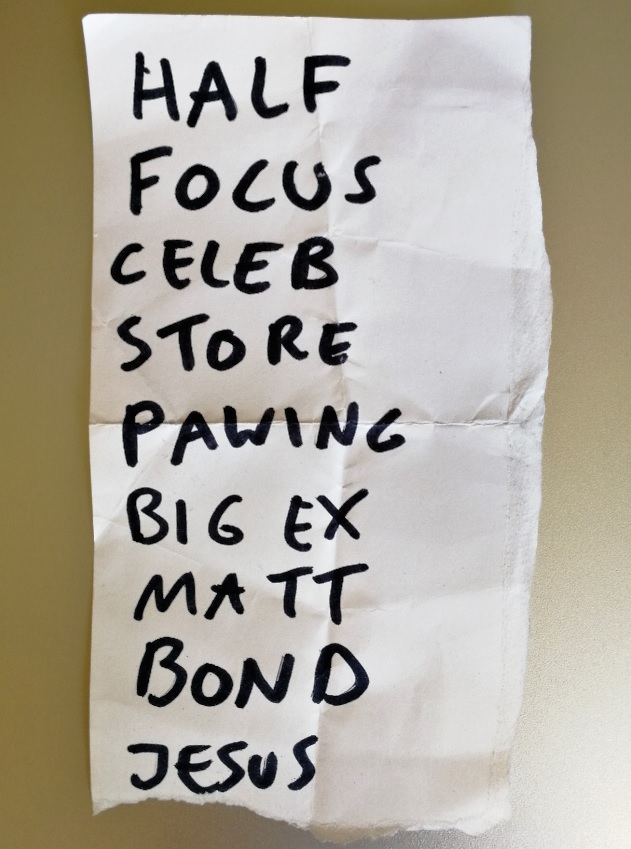 Tonight’s setlist reads:
‘Half Aryan’, ‘Focus On The Beach’, ‘I Celebrate My Fantasy’, ‘What’s In Store’, ‘Pawing’, ‘Ivory’, ‘The Big Exercise’, ‘Mattheus’, ‘Male Bonding’, ‘The Best Part Of Being Young Is Falling In Love With Jesus’.

More on The Homesick HERE. 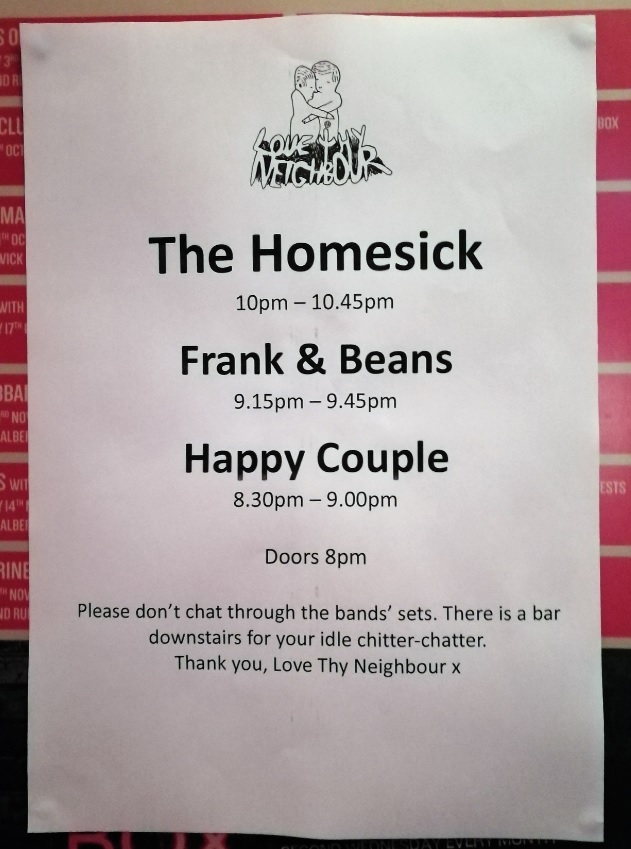