BlackWaters ‘having it large’ at the Hope & Ruin 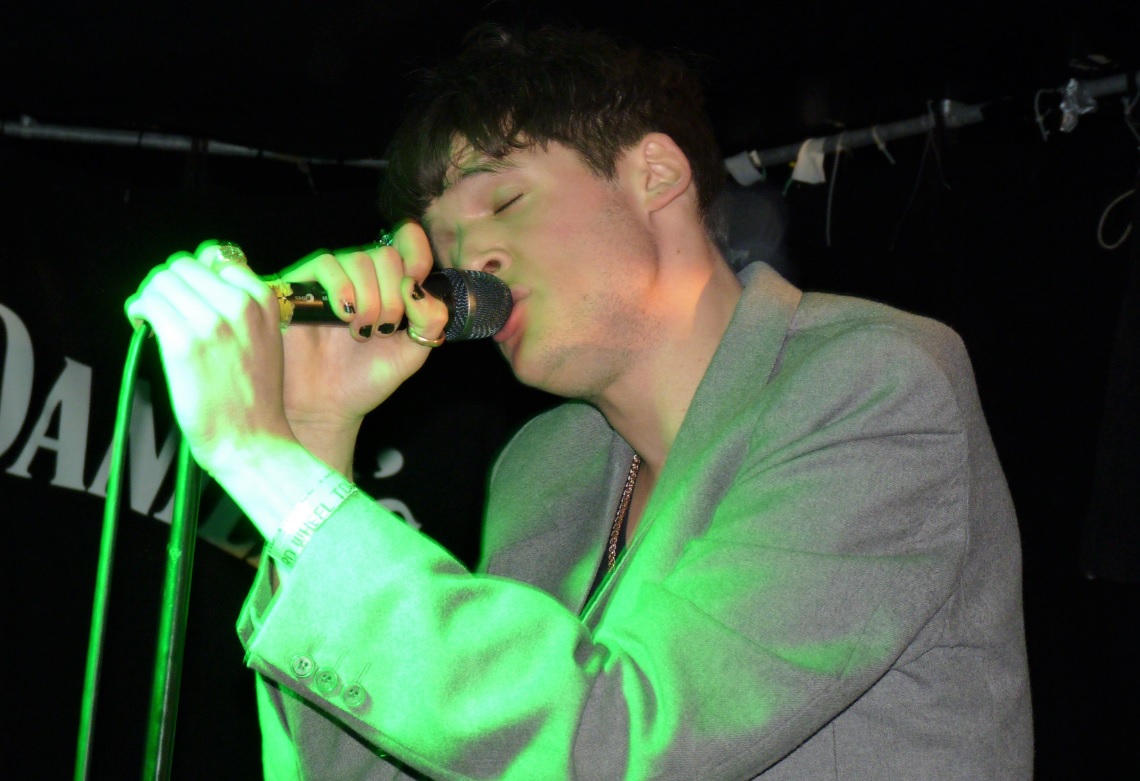 The totally brilliant BlackWaters were back in Brighton tonight as part of the ‘Modern Age Brighton – Third Wheel Tour’. The four young guys were appearing in Queens Road at the Hope & Ruin along with three other acts RedFaces, Retro Video Club and Teal.

It was to be our third outing with the tall amiable Essex boy vocalist Max, bassist Ollie and guitarist David, who both are outta Northamptonshire, and drummer James who hails from South London. We had witnessed the lads powerful performances at the Queens Hotel as part of The Great Escape on 19th May last year and then again five months later on 15th October at Patterns. Read The Patterns gig review HERE. 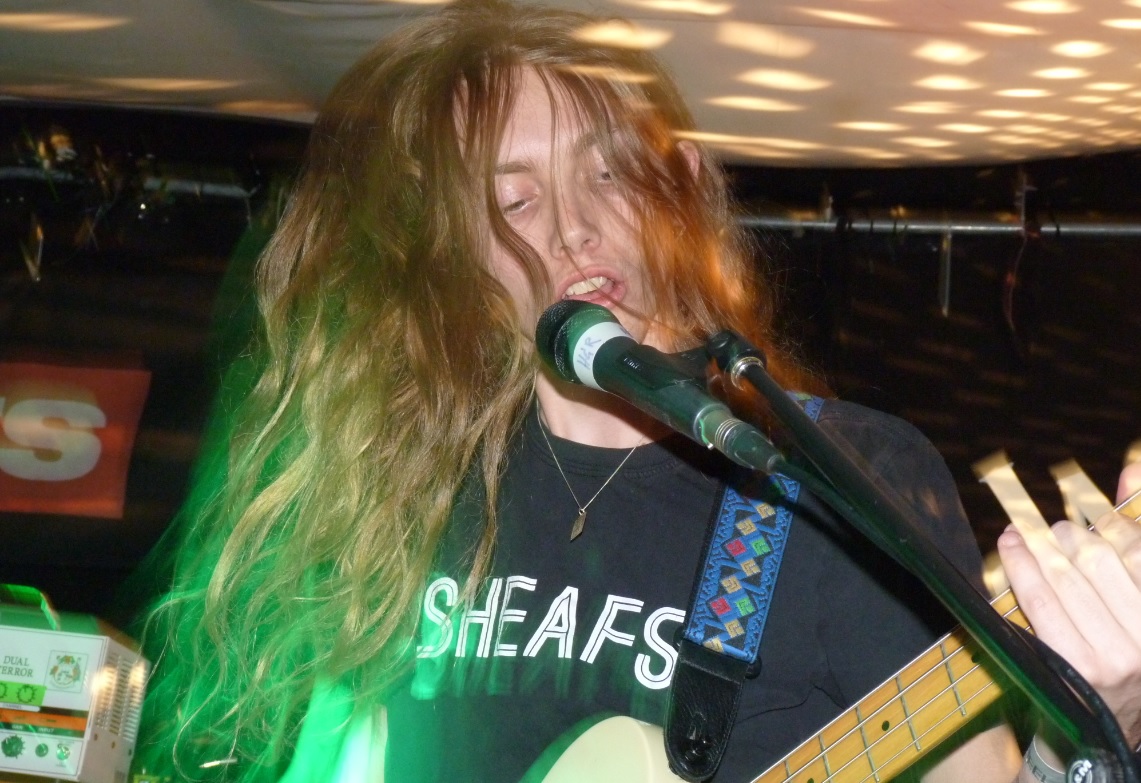 We had eluded to their greatness on that very first meeting, where we gushed in our review: “Oh my word, Blackwaters are awesome and should go really far! They hail from Guildford and are apparently only 18 years old. They have a stage manner of a band of more mature years, especially their captivating front man, who has an element of Lydon about him. They are best described as being just like up-and-coming Bristol band IDLES meets sub three minute 1976 punk rock. So any self respecting punk needs some Blackwaters in their life. Their best tracks are ‘Down’ and the anthemic Oi Oi style ‘F*** Yeah’. I must see these boys play live again” 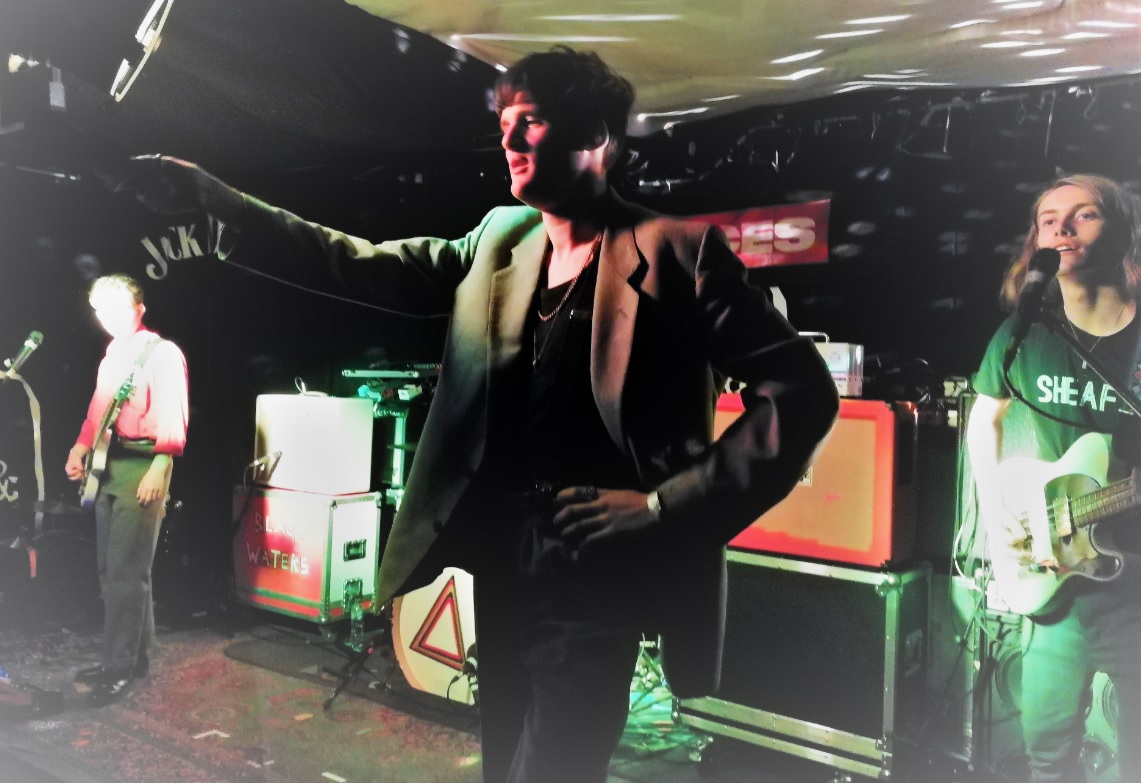 I totally stick by comments about them, other than the fact that it now transpires that they actually met at Uni in Guildford and are clearly not from there – hoodwinked us all lads! My opinion of these likeable chaps hasn’t changed. Can you imagine if IDLES took BlackWaters under their wing and went out on tour with them – would surely be one of the very best tours by anyone ever wouldn’t it? There would be so much energy in the room that you could power a whole town from the energy generated within the particular building! 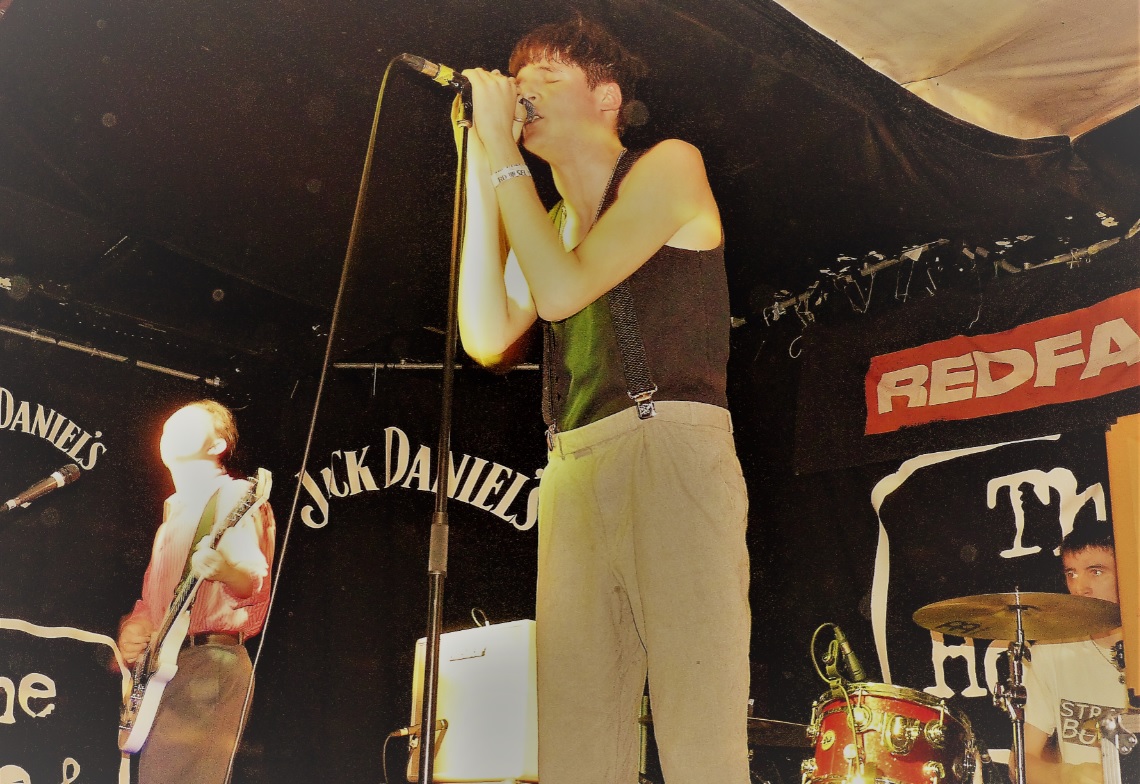 Tonight, the BlackWaters set was sadly to be a quickie due to time constraints of putting 4 bands on the bill. There were a mere seven tunes on offer instead of the planned ten (see setlist below).

Right from the off, they were at it, with arguably one of their very best tracks the cheekily titled ‘F**k Yeah’. This set the tone and off came Max’s jacket and off into the crowd he went. If the crowd were more tightly packed, you might have even got some crowd surfin’ from the band, but sadly not tonight. These geezers admit that they are influenced by The Ramones, Dead Kennedys, The Clash and Jonathan Richman and The Modern Lovers and boy does it show. They are always a great band to watch live. 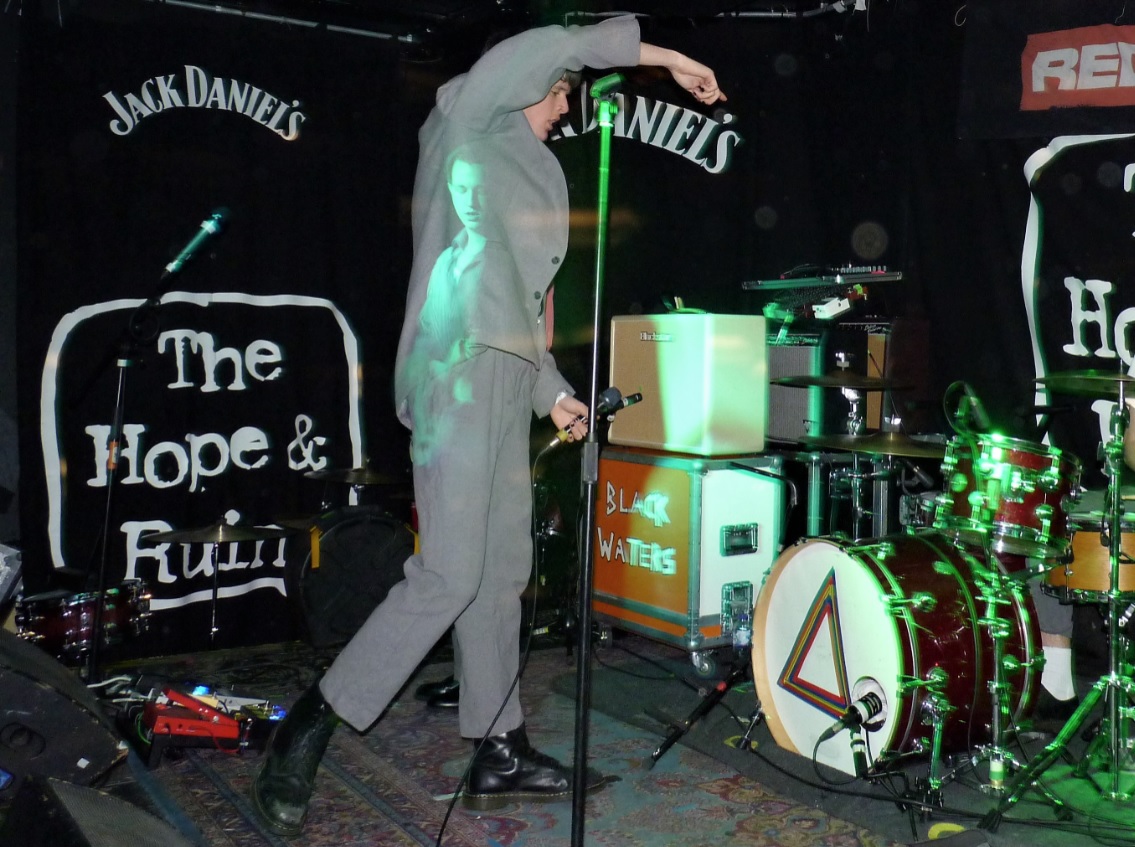 I reckon it’s now about time for the band to start getting an album under way ready for release very early next year. Two years ago the world needed IDLES and we got ‘Brutalism’ their awesome debut album and now F**k Yeah it’s time for a BlackWaters album! 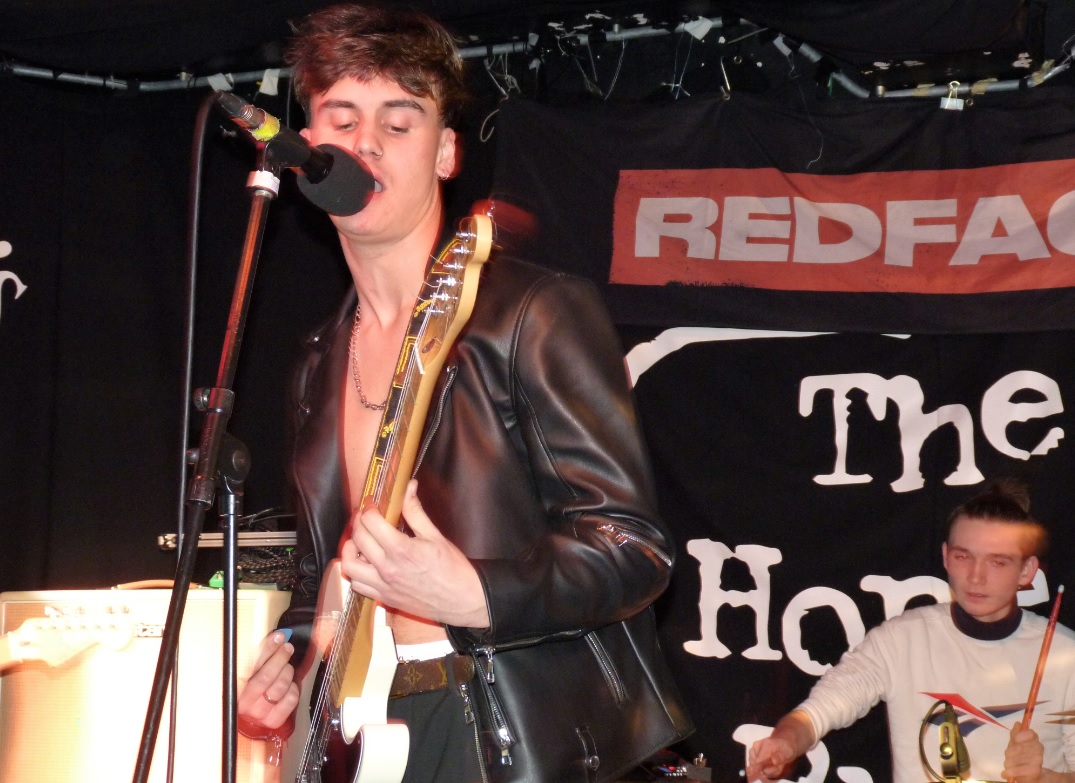 Brighton is still very much the place to be for bands in the world of music and for them to tell the world where they come from. The first band up tonight fall into that category, they are four young lads going by the name TEAL. Worthing and Angmering not far away then lads! 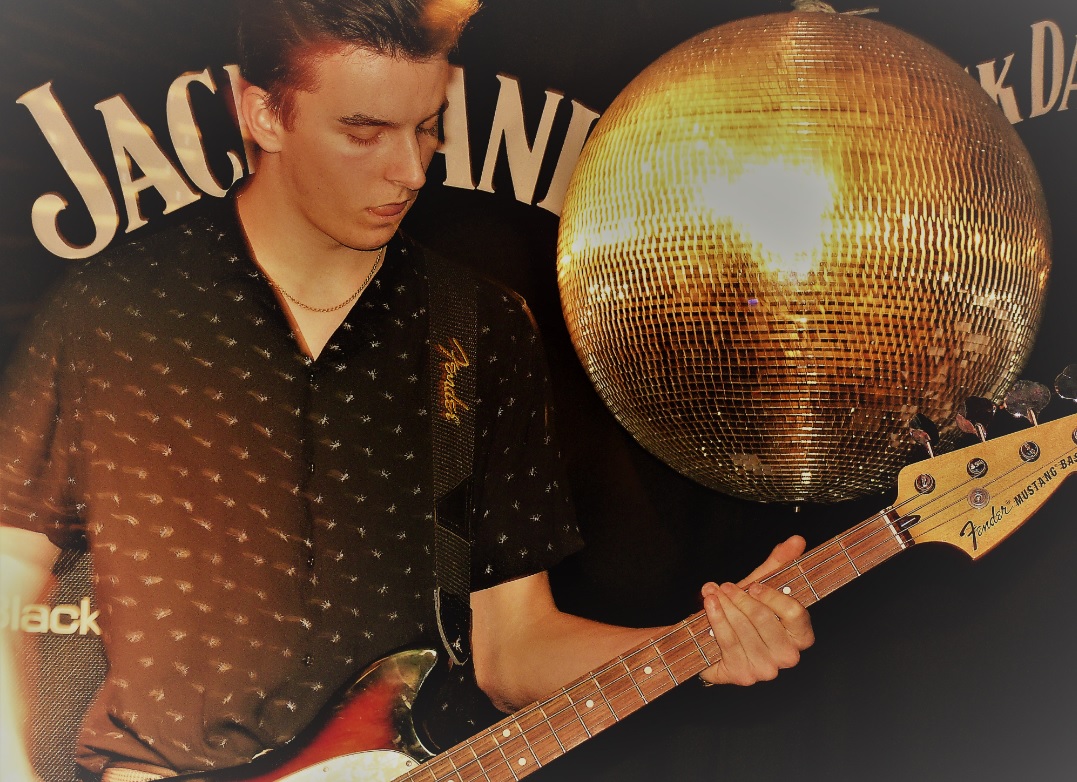 TEAL formed three years ago and are Ryan Marshall (vocals/guitar), Charlie Thomas (lead guitar), Louis Simon (bass) and Alex Glossop (stix) and have youth on their side and are admirably learning their craft judging by tonight’s six tracks. The best of which I found was titled ‘Switch’ which can be found on their latest EP titled ‘Playback’.

They are clearly moving forward and planning ahead as they didn’t play any tracks from their debut 2017 EP ‘Velvet’ and their final tune, which is called ‘Blind’ will be their next release. 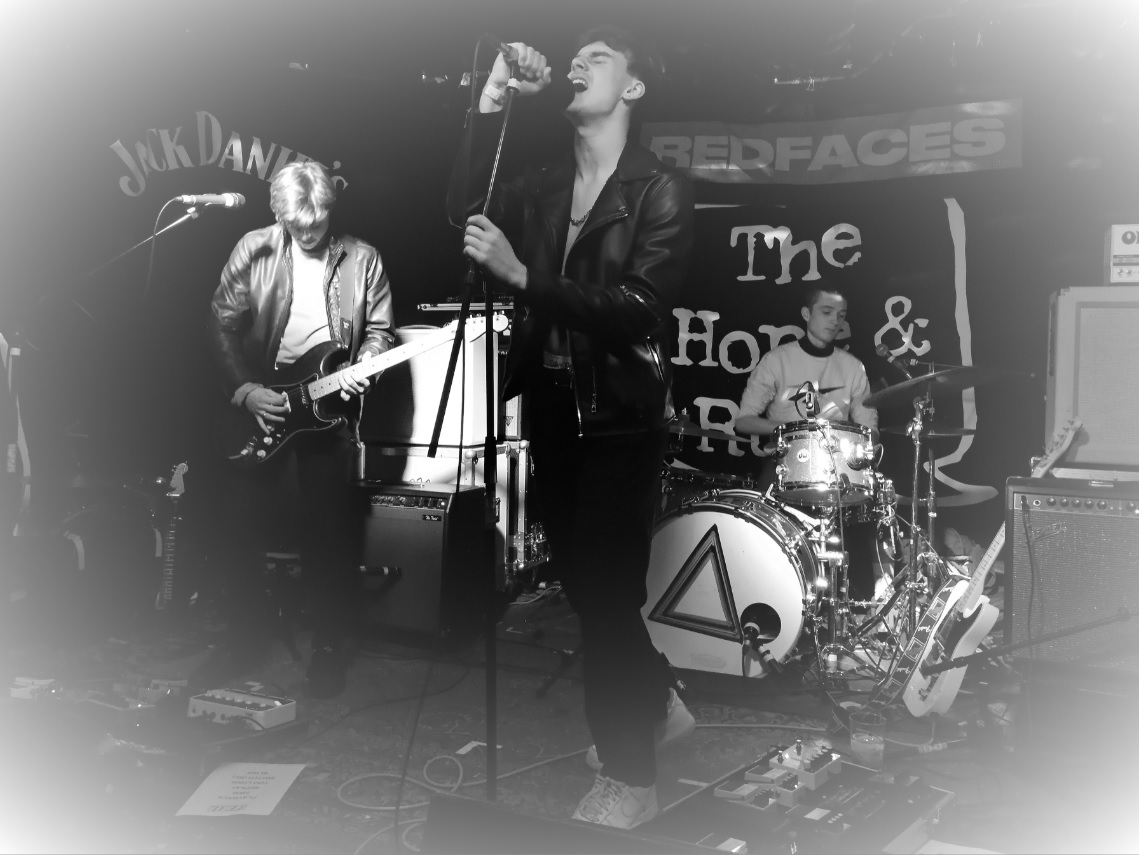 Mention should also go out to the two acts that we sadly missed, RedFaces and Retro Video Club as we had a date at the nearby Prince Albert venue to see a great Dutch band called The Homesick. You can read our review HERE.

For the record……
RedFaces are Harry Lyon (vocals/guitar), Isaac White (bass/ backing vocals), Ryan Laycock (guitar/backing vocals) and Charlie Yapp (drums/backing vocals) and they hail from Sheffield. Their influences are The Beatles, Kasabian, The Strokes, Tame Impala, The Police, The Smiths, The Kinks, Blur, Oasis, The Beach Boys. https://www.facebook.com/redfacesmusic/ 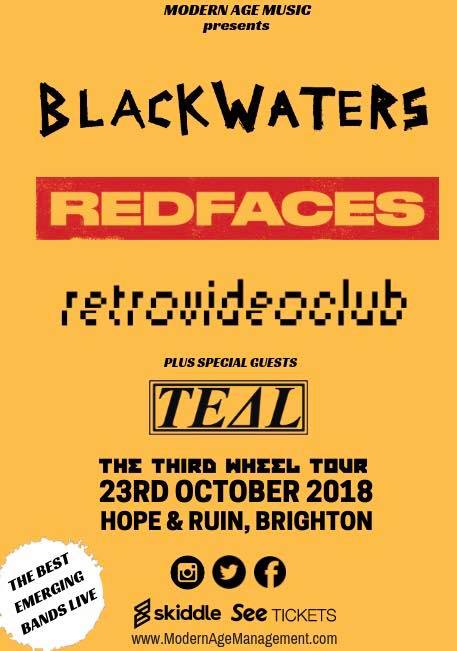 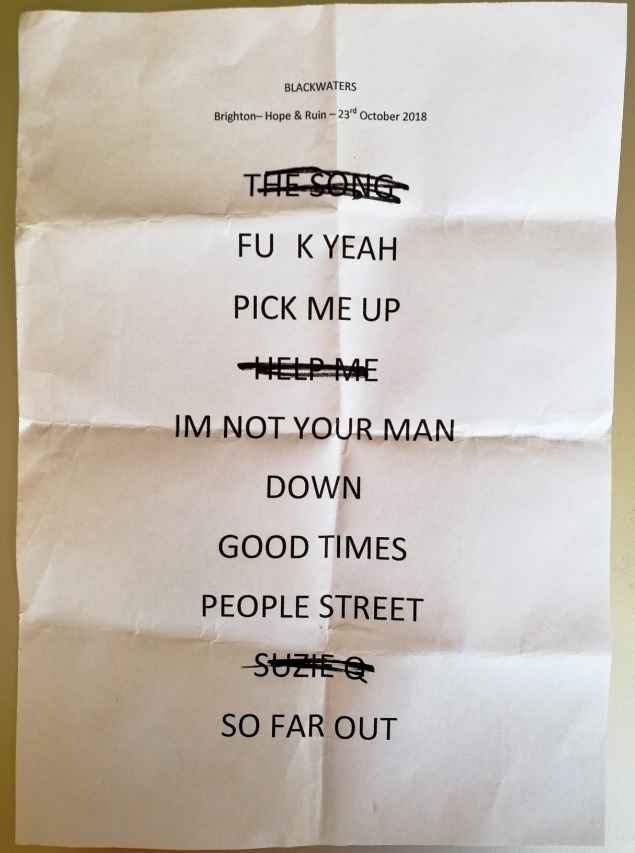 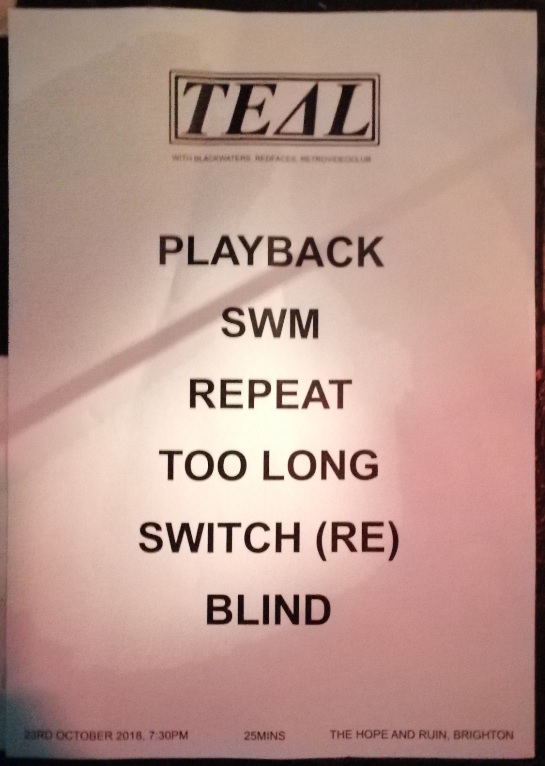