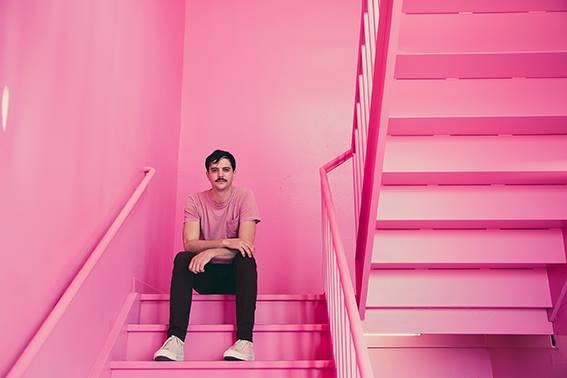 Bayonne will be returning to Brighton on Monday 18th March 2019 as he will be appearing at the Hope & Ruin on Queens Road to promote his second album entitled ‘Drastic Measures’.

Each song on Bayonne’s ‘Drastic Measures’ is orchestral in texture, unfolding in countless layers and kaleidoscopic tones. With great intensity of detail, the Austin-based artist otherwise known as Roger Sellers deepens that sonic complexity by weaving in elegantly warped samples of the field recordings he’s gathered for over a decade. But in its powerful melodies and pristine arrangements, ‘Drastic Measures’ ultimately bears a pure pop lucidity even in its most grandiose moments. 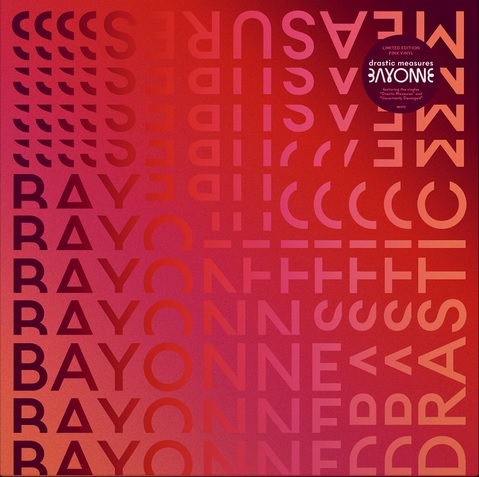 Driven by the dynamic percussion and luminous piano work signature to Bayonne’s sound, ‘Drastic Measures’ takes its title from a track that embodies the album’s central theme: the instability inherent in an artist’s life, and the often-futile attempt to attain balance. With its unrelenting urgency and heavy-hearted lyrics (“Common sense should tell me that the ones I’ve sinned against say goodbye”), ‘Drastic Measures’ looks at the disorienting effects of constant touring. “After a while you kind of start to lose touch with home and your friends and your family,” says Sellers. “You come back and feel like you’ve missed out on a lot, like you’re stepping into a whole different life.” And as the album offers up many a transcendent melody and anthemic chorus, ‘Drastic Measures’ also reflects the volatility of moods within that way of life. “There can be so many highs and lows in such a small amount of time,” says Sellers. “I remember my parents flying to one of my shows in Brooklyn and feeling incredibly grateful that I got to share it with them. Just weeks before that I was touring through Germany, feeling so isolated and lost. The ups and downs can be crazy if you don’t actively try to manage them.” 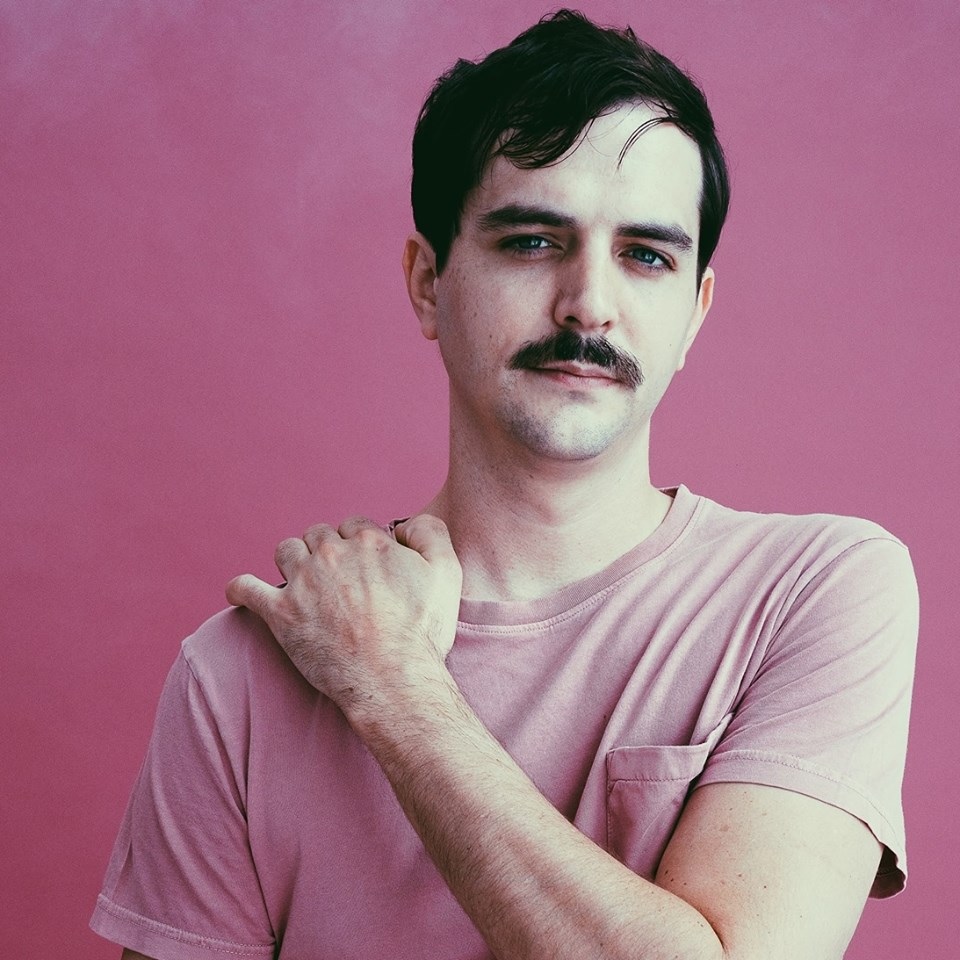 The crystalline production of ‘Drastic Measures’ marks a departure from ‘Primitives’, Bayonne’s entirely self-produced and more loosely structured full-length debut. In shaping the immaculately composed album, Sellers partly drew inspiration from the sublime melodicism of 1960s symphonic pop. “I spent a lot more time thinking about the little subtleties than I ever had before, and putting more thought into the meaning behind the songs and the best way to get that across,” he says. “It felt like a natural progression for me—I wanted to make the music more accessible to people, including myself.” Mixed by Beatriz Artola (Fleet Foxes, A$AP Rocky, Adele) and mastered by Josh Bonati (Mac DeMarco, !!!, Zola Jesus)—but fully produced and mostly tracked by Sellers himself—‘Drastic Measures’ also finds the multi-instrumentalist enlisting several close musician friends to instil the songs with a more kinetic energy.

As ‘Drastic Measures’ muses on such matters as fractured relationships and the erosion of mental health, Bayonne builds a dizzying tension between the album’s bright and dark elements. On ‘Uncertainly Deranged’, skittering beats and shining piano tones clash with lyrics echoing the anxiety of self-doubt. One of the most delicate and simply adorned tracks on the album, ‘Same’ spins a gentle reverie out of a moment of wistful longing. And on ‘I Know’, bouncy rhythms and whistled melodies make a brilliant backdrop to Bayonne’s meditation on overwhelming remorse. 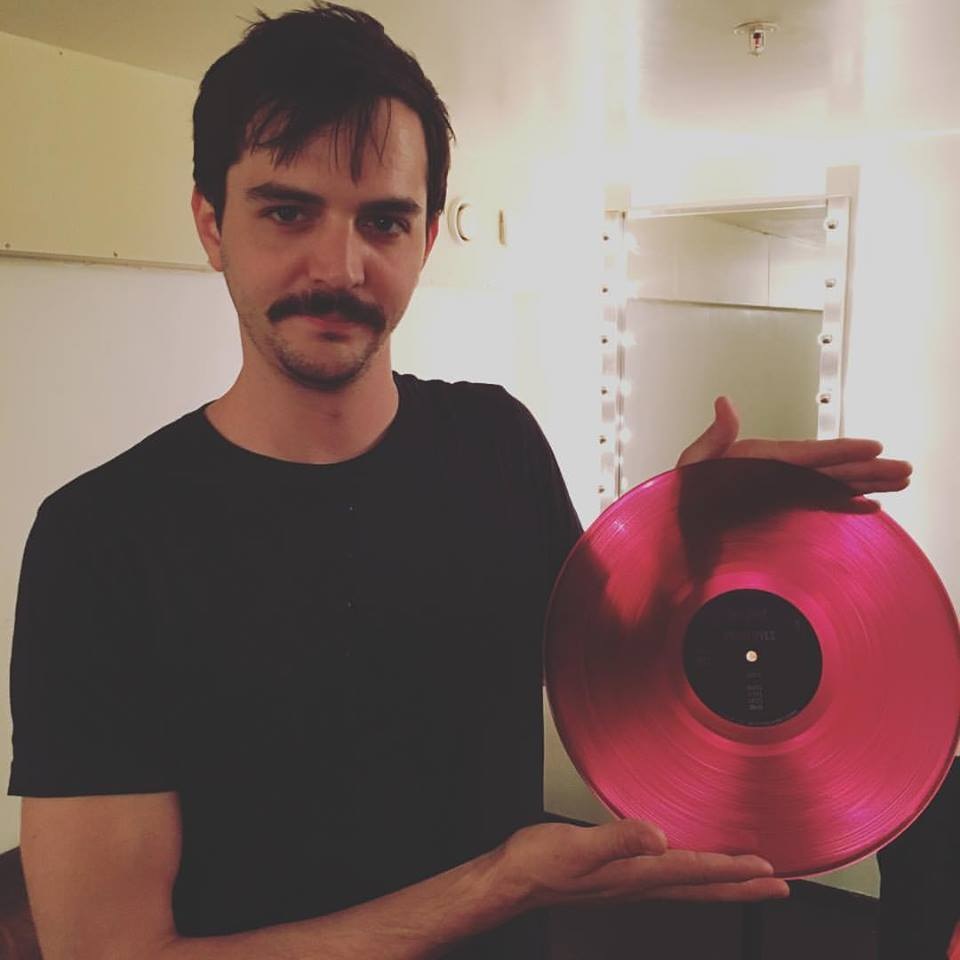 Further revealing the inventive instincts behind Bayonne’s artistry, ‘I Know’ opens with a fragment from his vast collection of field recordings. “It almost sounds like a ship, but it came from a recording of a street drummer playing on a bunch of paint cans,” Sellers notes. Although his library is mostly made up of everyday sounds—birds chirping, people talking in restaurants, feet stomping through fallen leaves—Sellers typically distorts the recordings to give them a more surreal quality. On the sprawling instrumental centrepiece ‘Enders’, for instance, he constructed a beautifully eerie sample by altering the creak of an oven door. “At first I was trying to get a sort of horror-movie sound effect out of it, but I ended up manipulating it so it sounds like a dolphin or a whale or some other kind of underwater creature,” says Sellers.

Throughout the album, Sellers matches his bursts of experimentation with the graceful piano playing he’s honed since he was a little kid. Halfway through high school, he started writing his own material, and self-recording with the help of his family’s tape machine. By his early 20s he’d discovered minimalist composers like Steve Reich and Terry Reilly, which led him to infuse an atmospheric, ethereal quality into much of his work. And with the release of ‘Primitives’ in spring 2016, Sellers adopted the moniker of Bayonne as a way to distinguish his more electronically crafted output from his other musical projects. “I’d been playing a lot of shows with a very folk-based set, so using a different name was a way to separate those two personalities,” he explains. 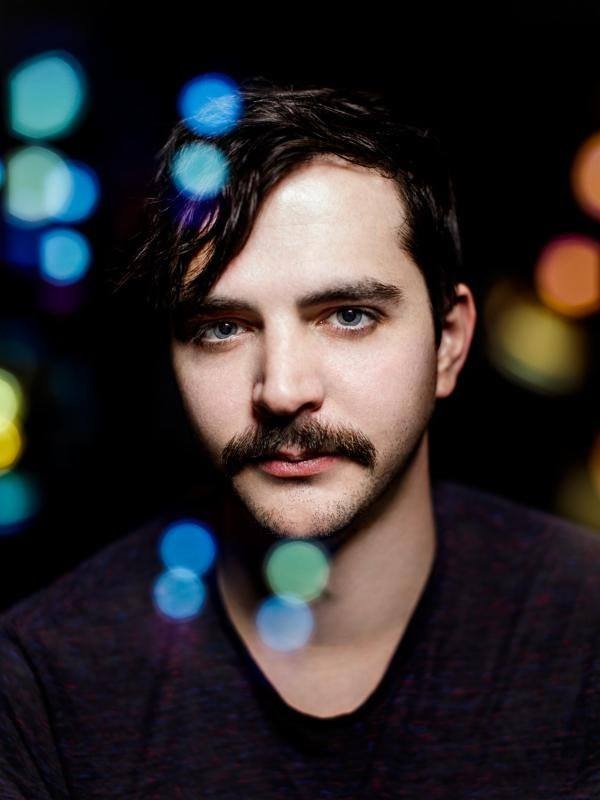 In bringing ‘Drastic Measures’ to life, Sellers merged his increasingly classic-pop-inspired sensibilities with a production approach closely focused on looping, layering, and overdubbing. “Even if you hear something simple like clapping or finger snaps, it’s probably layered 10 or 20 times,” he says. “I just like to stack and layer everything to get these big sounds, and create a really wide sonic space within the songs.”

No matter how big those sounds become, Bayonne maintains a certain sense of intimacy throughout ‘Drastic Measures’—an effect that has much to do with his playful use of the field recordings he’s captured since he was a teenager. “A lot of the time, I put them so far in the background that you might not even hear it,” says Sellers. “But that’s how I like it—I like having these little memories built up and then sticking them randomly in places all over the album. It’s almost like having some kind of diary within the music, and it gives it so much more meaning when I go back and listen.”

Grab your Bayonne tickets for his Hope & Ruin, Brighton concert HERE or drop into Resident Music Resident Brighton in Kensington Gardens, Brighton or call them on 01273 606312 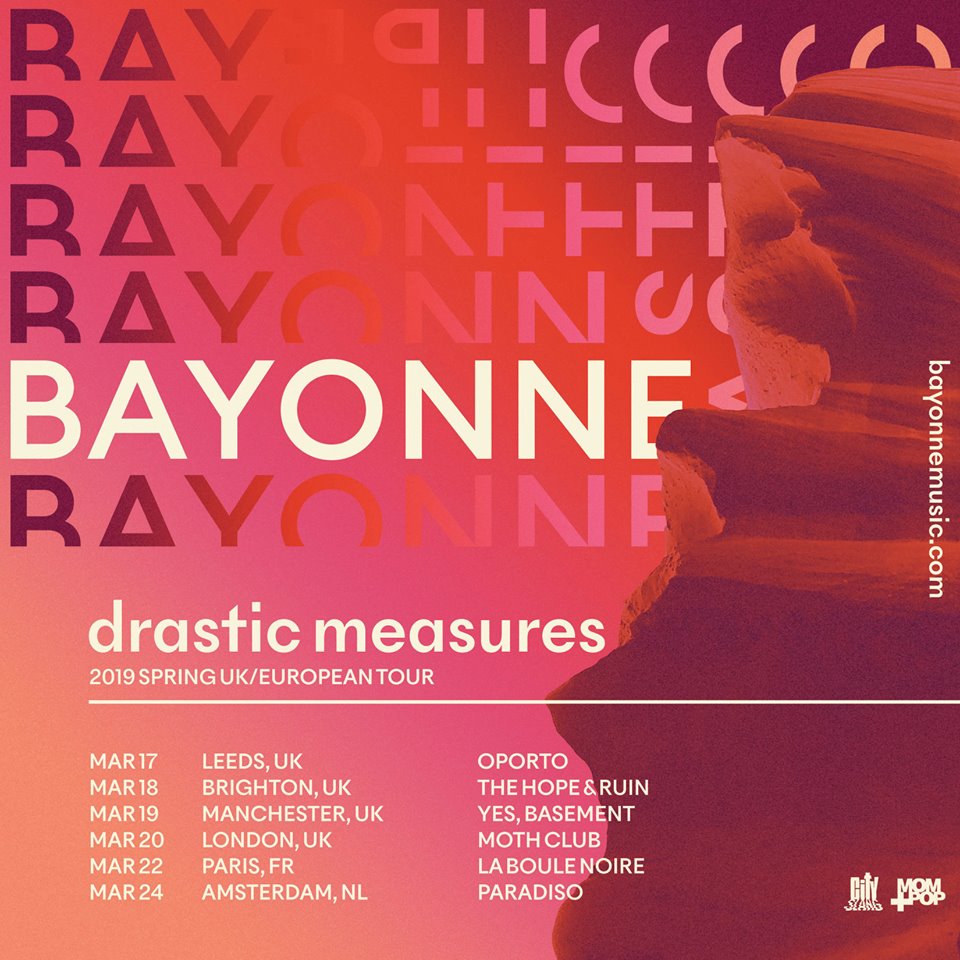