One hit wonders prove they are no flash in the pan 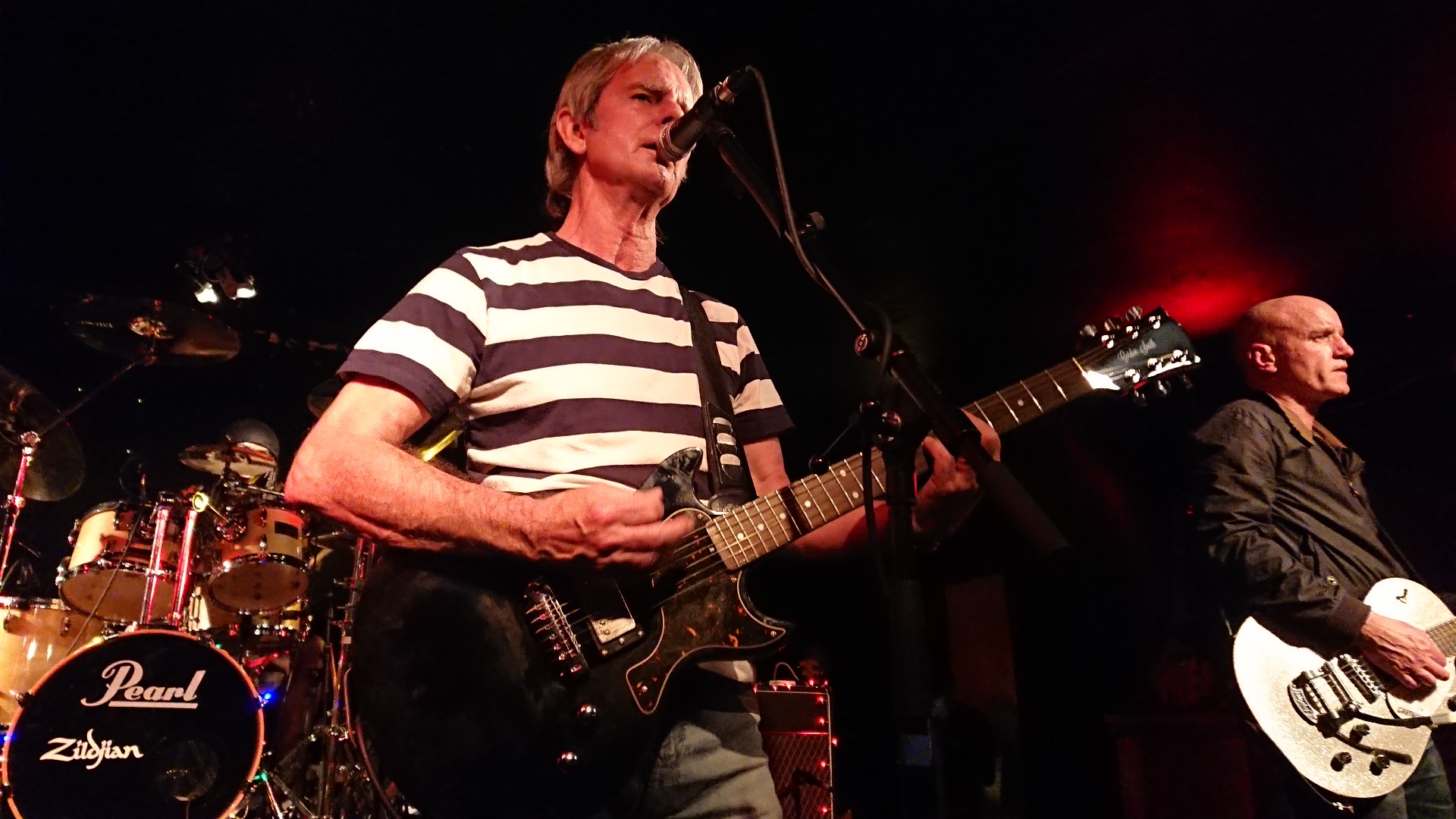 After receiving a last minute call up to review this gig I left a family birthday party earlier than anticipated to make a dash to Lewes. I made it to the venue only 3 songs into the set, which considering the usual parking space dilemma was an achievement in itself. Any parking tips will be gratefully accepted for future visits! 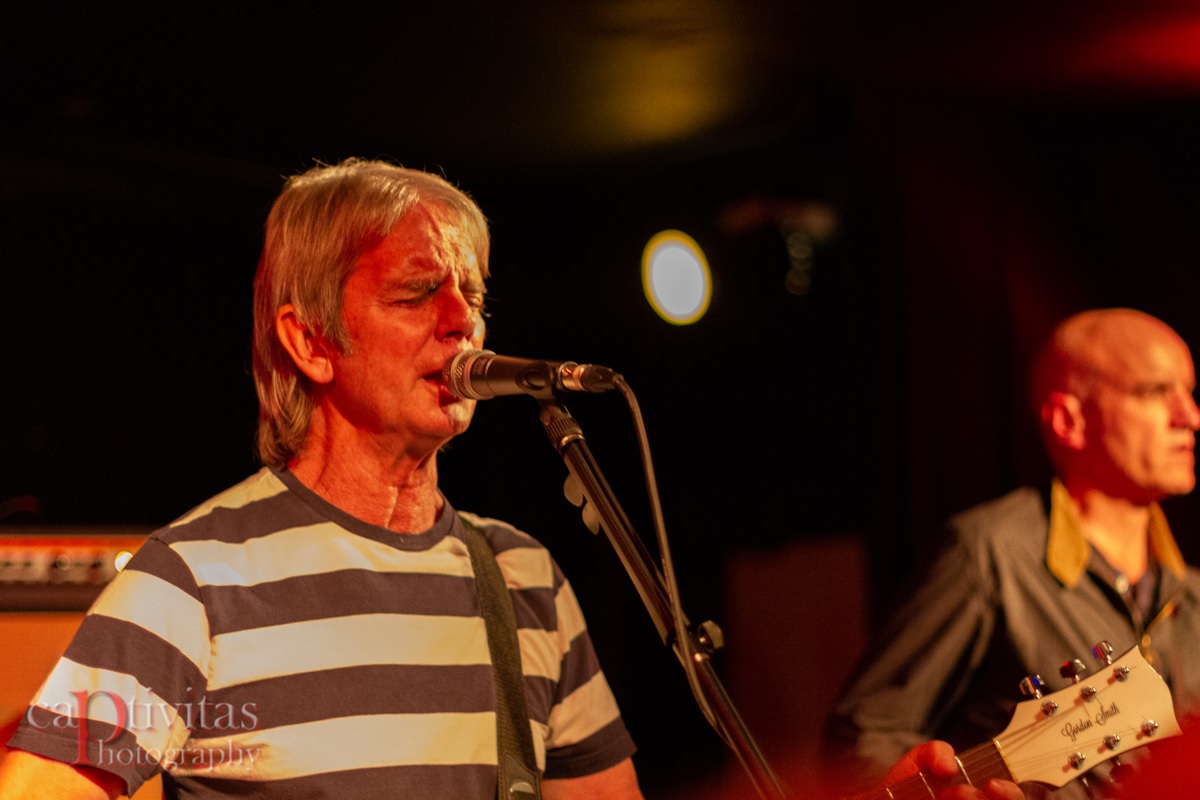 On arrival I was wondering” Is Nick (Linazasoro) There?”. Unfortunately though his car had broken down and I was left on my own to revel in the friendly atmosphere created by the two New Wave/Post-Punk bands on tonight’s bill and make my own judgement on the gig. Both bands had been off my radar since 1981 and I had never seen The Vapors play live before so I was grateful of this late opportunity to witness more music from my teenage years. 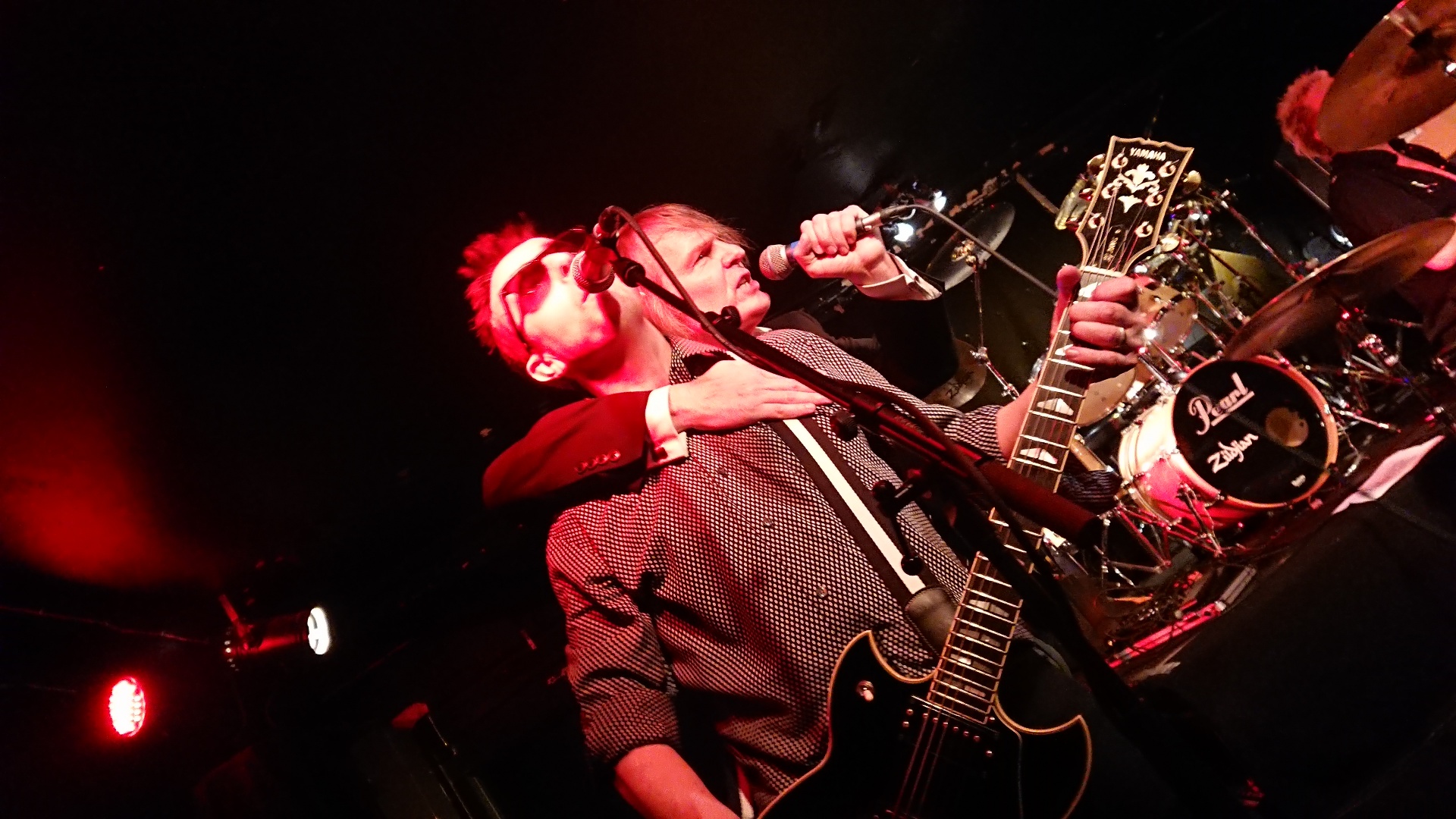 First up were support act, Department S, who were probably worthy of a joint headlining slot. Named after the 1960’s TV series, they re-formed back in 2007 after a 25 year absence. The current line-up is Eddie Roxy (keyboards in 1980 but now on lead vocals), and new additions: Pete Jones (bass guitar), Phil Thompson (guitar), and Alan Galaxy (drums). 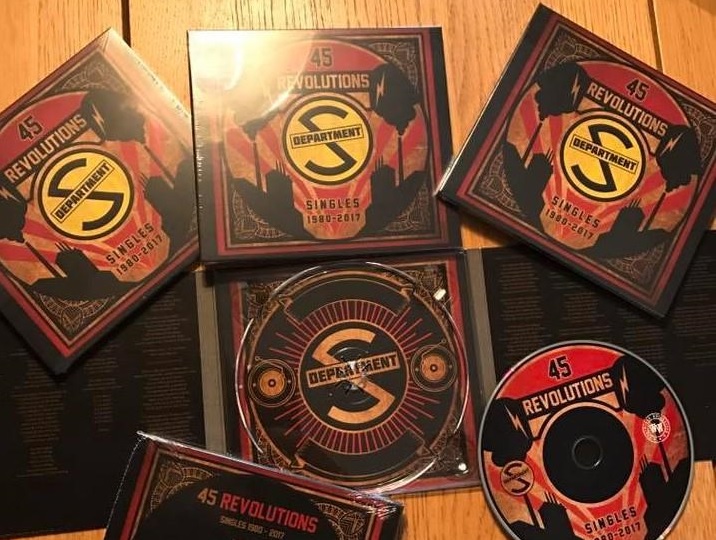 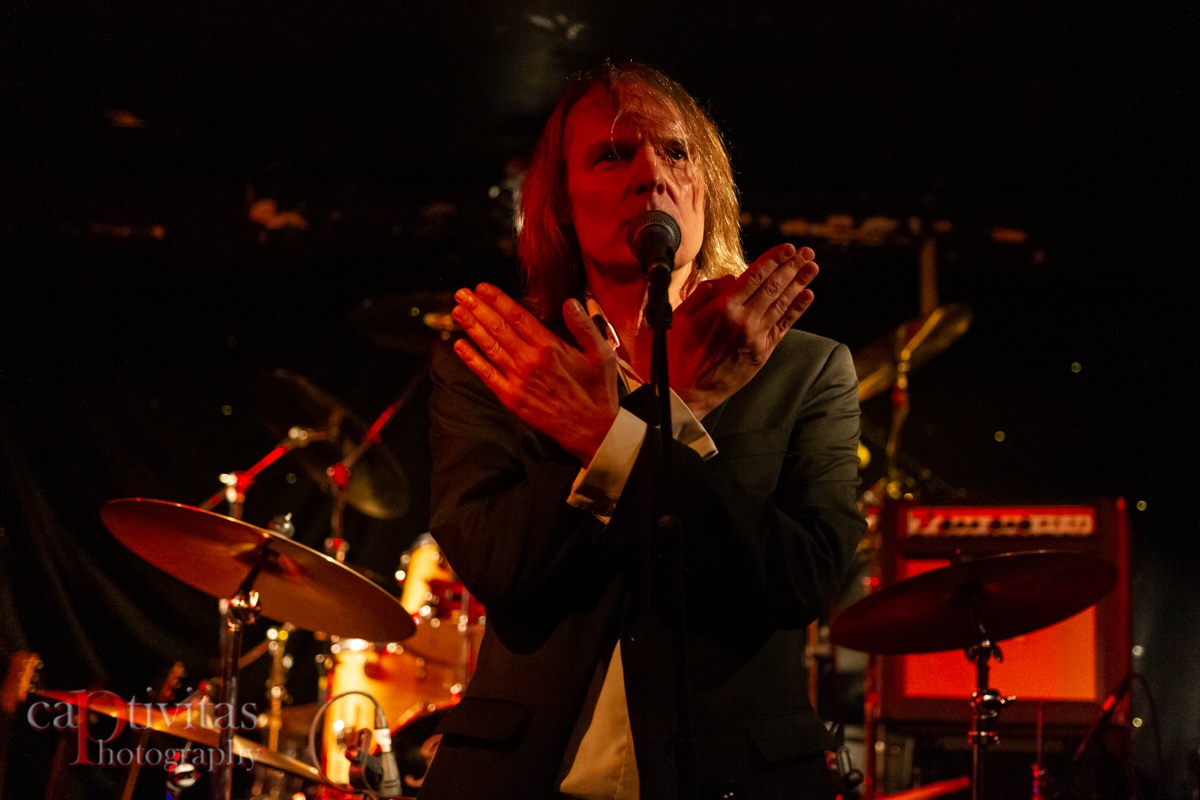 I had seen Department S once previously, virtually 37 years ago to the day, supporting The Jam at The Michael Sobell Sports Centre, but that was a completely different line up and it would be interesting to see how the new look band would step into their predecessors’ shoes. To be fair they didn’t disappoint and the crowd responded well to their onstage energy. I arrived just in time to hear the last single from the original incarnation ‘I Want’ though I was trying to get in to the actual venue for most of the song. Don’t ask! Anyway most of their singles were on tonight’s setlist, with a strong finish to the set including their two most recent offerings, ‘I Believe’ and the anthemic ‘When All Is Said And Done’ which had the crowd singing along with verve. Highlights for us old enough to remember, which by looking around the hall was virtually everyone, had to be ‘Going Left Right’ and ‘Is Vic There?’ of which I possess both on 7” vinyl. The only thing missing from the live version of their biggest hit (peaked at number 22 in the charts in 1981) was the howling of sadly departed Vaughn Toulouse, which was replaced by Eddie’s la, la, la. Still it was a great rendition. 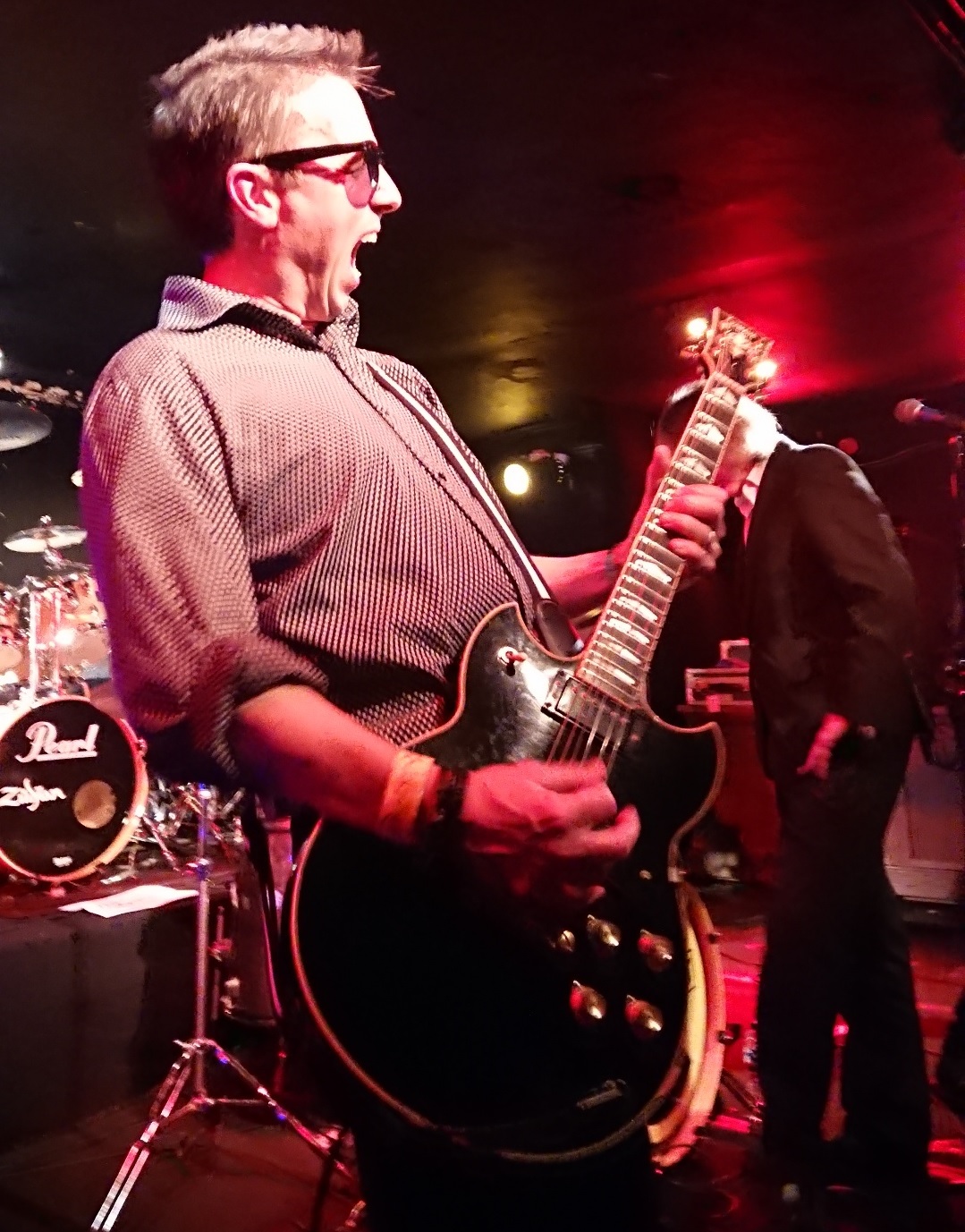 In a nice touch from the band, ‘Wonderful Day’ was dedicated to the sadly departed Pete Shelley.

A special mention has to go to Phil Thompson on guitar. Rarely have I seen so much energy displayed by anybody in a band from this era. I can only hazard a guess that he was wearing spring loaded brothel creepers given the amount of Bruce Foxton-esque jumps that he performed. 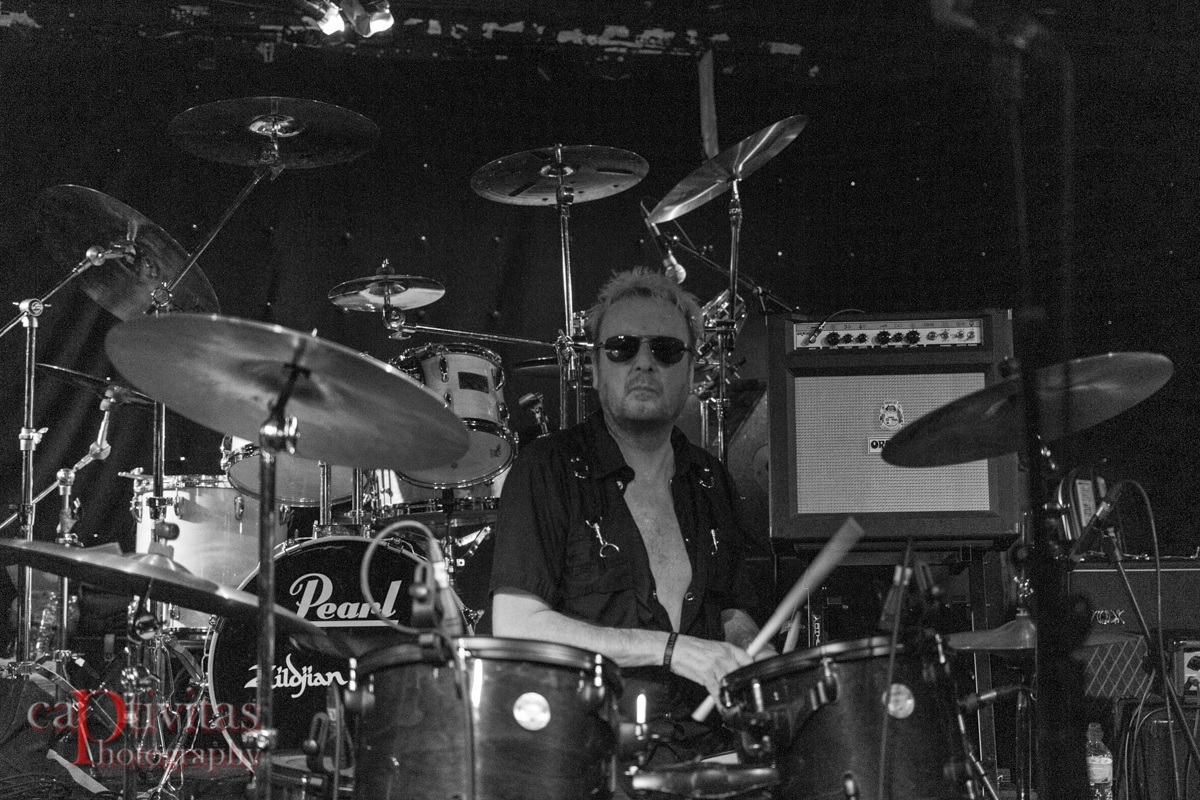 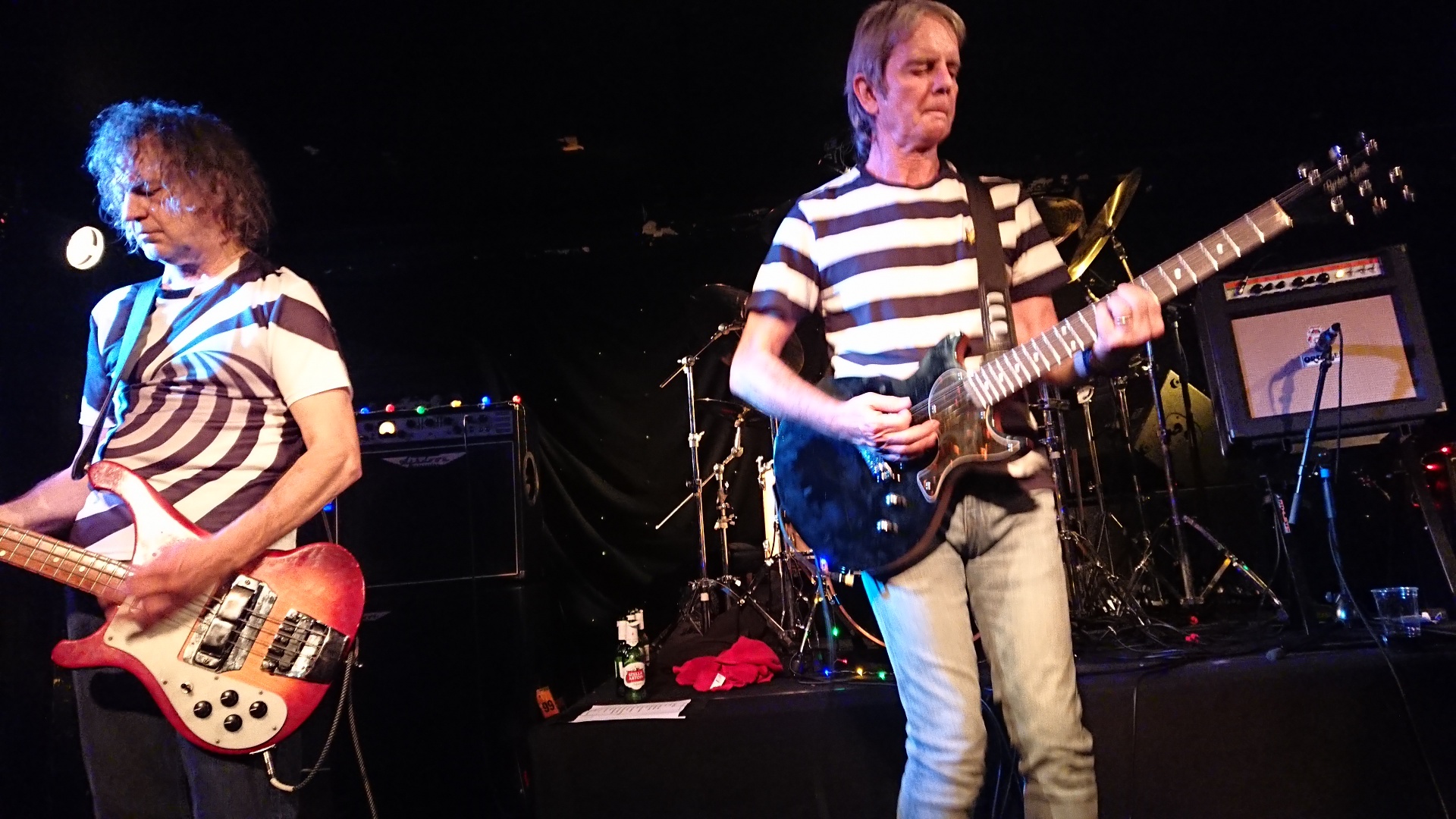 And so on to the actual headline act of the night. The Vapors are most well known for their worldwide hit ‘Turning Japanese’ which reached number 3 in the UK charts. This was their only Top 40 hit and was made all the more amazing when you realise what the song is rumoured to be about. Ask your parents if you are still blissfully unaware and want to be shocked, though lead singer and guitarist, Dave Fenton has denied these claims. 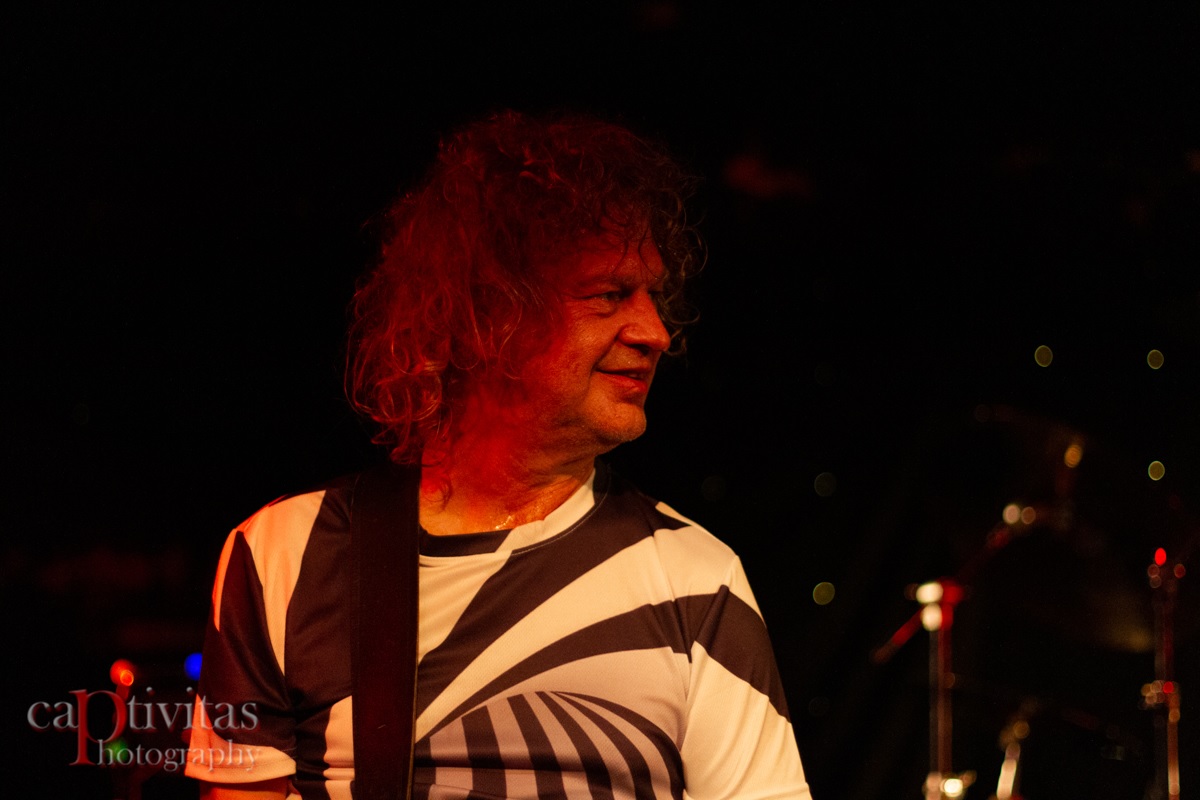 They were originally co-managed by Paul Weller’s Father John and The Jam bass player Bruce Foxton. They were discovered by Foxton whilst playing in a pub in Guildford and they were invited to tour with Paul Weller and The Jam on the ‘Setting Sons’ tour, which came to the Brighton Centre in December 1979.

After a number of other single releases including plus two albums ‘New Clear Days’ and ‘Magnets’ the band decided to part company in 1981. Guitarist Ed Bazalgette went on to become a successful TV director with recent credits including ‘Poldark’, ‘Versailles’ and ‘Dr Who’, whilst lead singer Dave Fenton became a Music Lawyer. 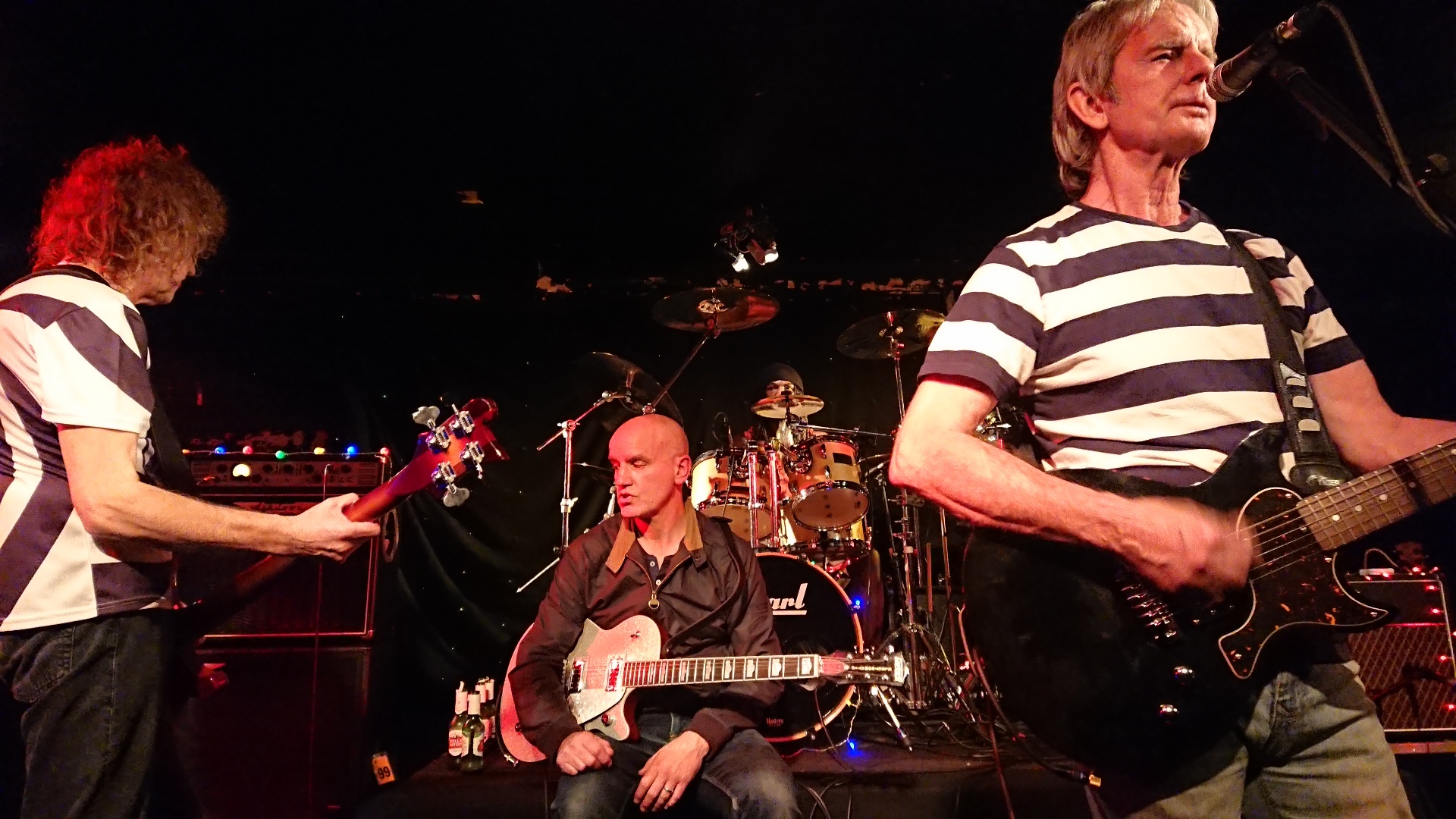 Some 35 years later they reformed for the successful ‘Waiting For the Weekend’ mini tour, the band went back out in 2017, with a number of shows and festivals in the UK including a storming gig at the Ropetackle Arts Centre in Shoreham in July. So here we are in 2018 and they are still enjoying their renaissance and having just returned from the USA they came to play an intimate gig at The Con Club. They were most appreciative of the local crowd that had turned out tonight and that was reciprocated in kind. 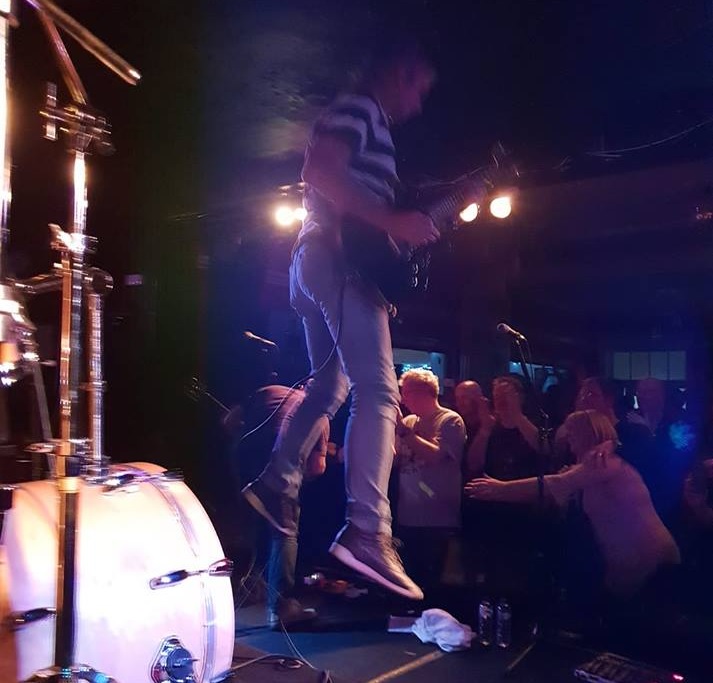 The band got straight into their stride, but ironically there was a delay before the third track called ‘Trains’ actually got going! The influence of The Jam is fairly obvious but that isn’t a bad thing. The new song ‘Sundown River’ went down well and was followed by what Dave Fenton told us is the difficult to play ‘Silver Machines’. As with Department S, the highlights of the set were probably the singles, of which ‘News at Ten’ and ‘Jimmie Jones’ went down very well. Both songs reached number 44 in the charts in 1980 and 1981 respectively.

It goes without saying that ‘Turning Japanese’ got the whole of the venue dancing and singing along to every word. 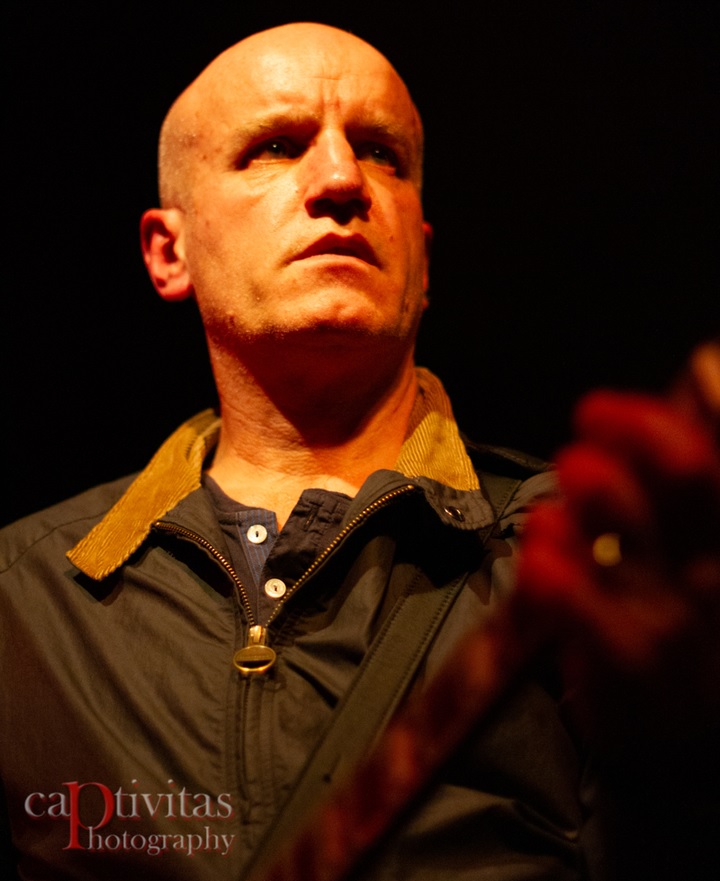 Even after all this time has elapsed the original band members are still quite easily recognisable. Dave Fenton (Guitar and lead vocals) still has the same hairstyle but greyer; Ed Bazalgette (guitar) still similar facially but follically challenged and he likes to talk; Steve Smith now sporting a more middle aged rock star hairstyle. Newest band member Michael Bowes provides constant smiling from behind the drum set as he plays them with consummate ease. He must be the happiest drummer alive and it is hard not to enjoy the music when he exudes such positivity. Once again there was a nice tribute to Pete Shelley mid-set. 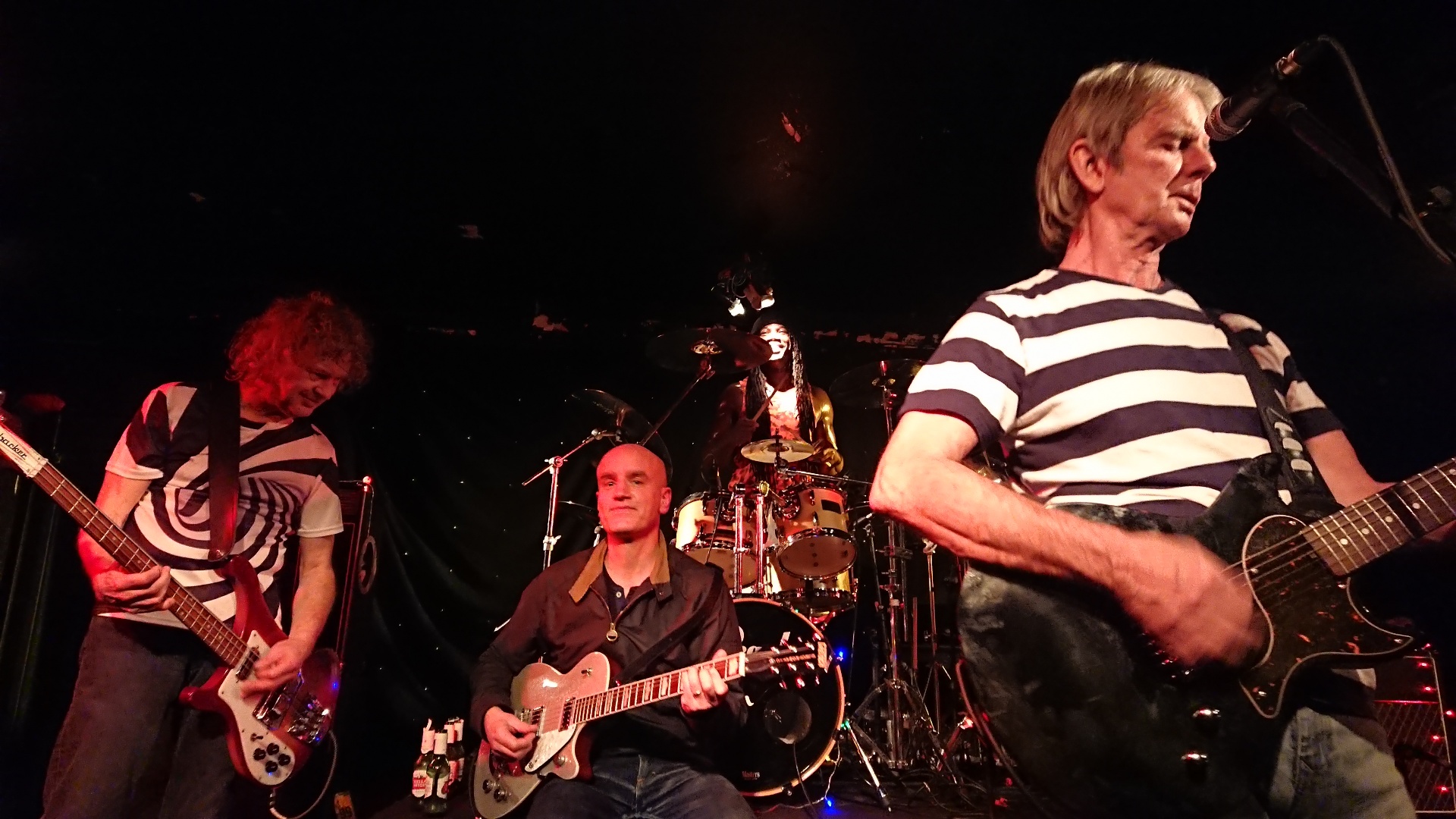 Both bands may be remembered by most for being one hit wonders but tonight proved that there is a whole lot more to their music than just chart positions of yesteryear. Live music is one of the greatest forms of entertainment and needs to be appreciated by all involved and indeed The Vapors clearly think so as they posted on social media “A great night at the Con Club in Lewes last night.  A packed house and a great crowd in a beautiful location”. 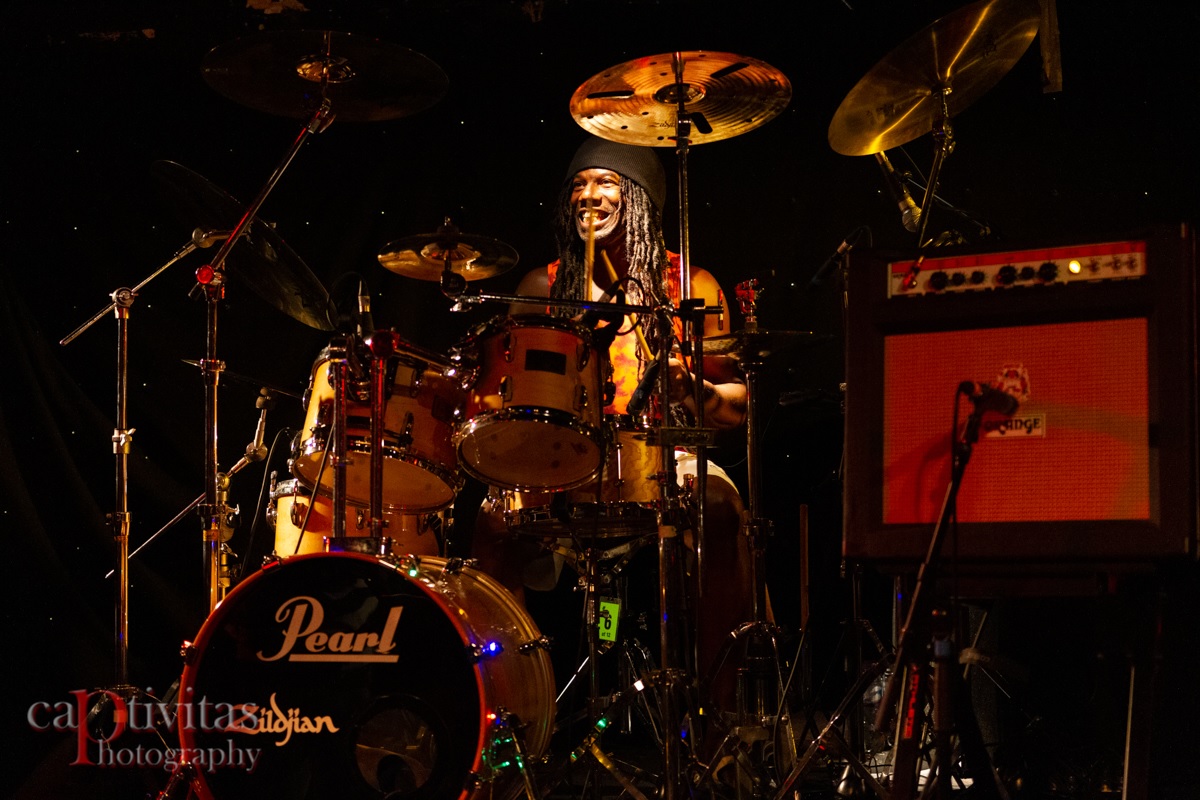 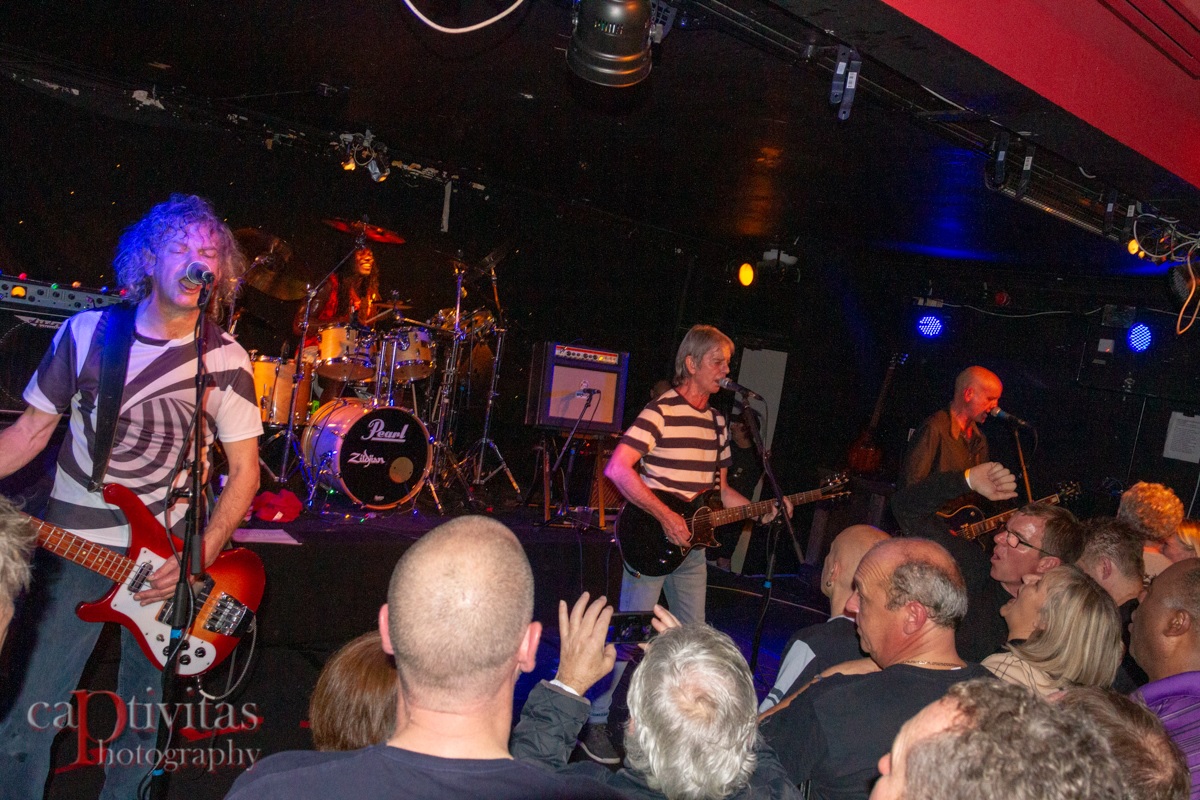 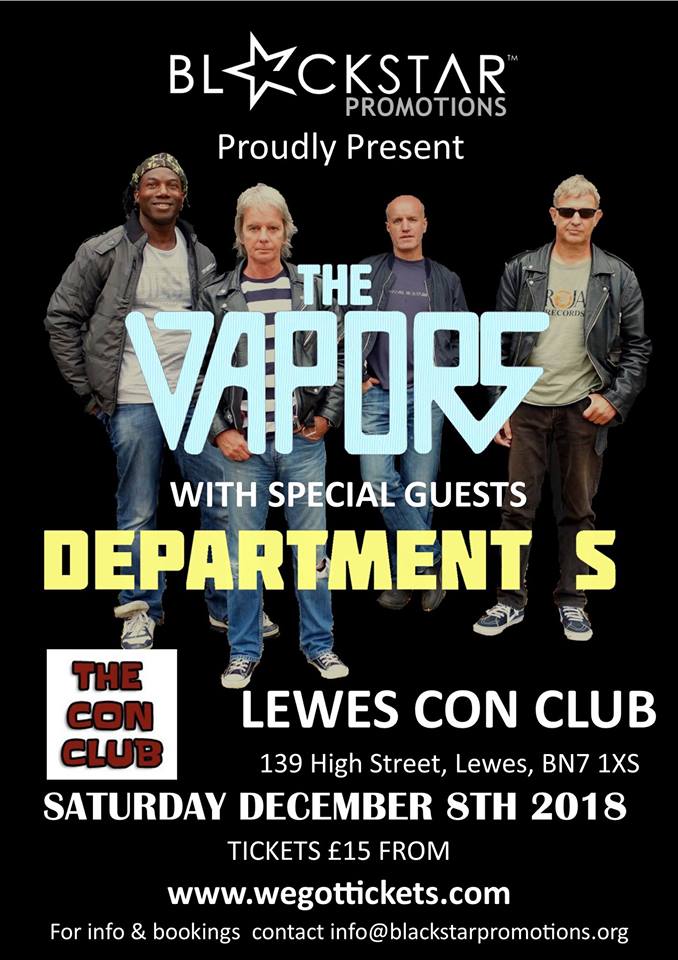 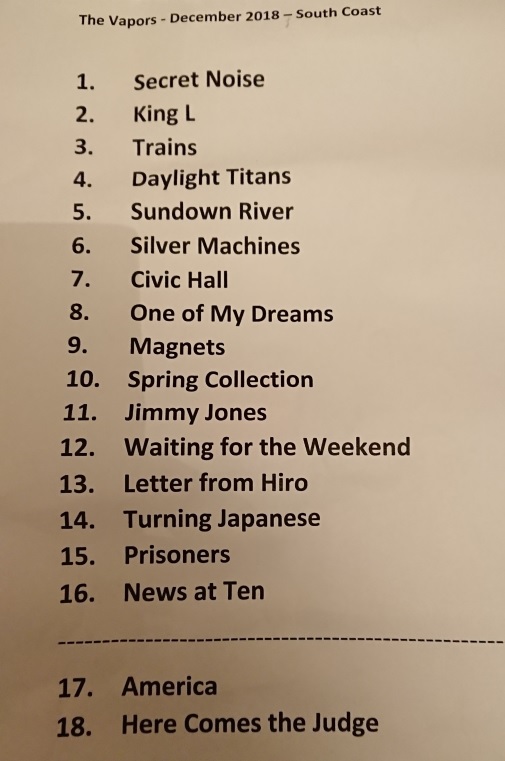 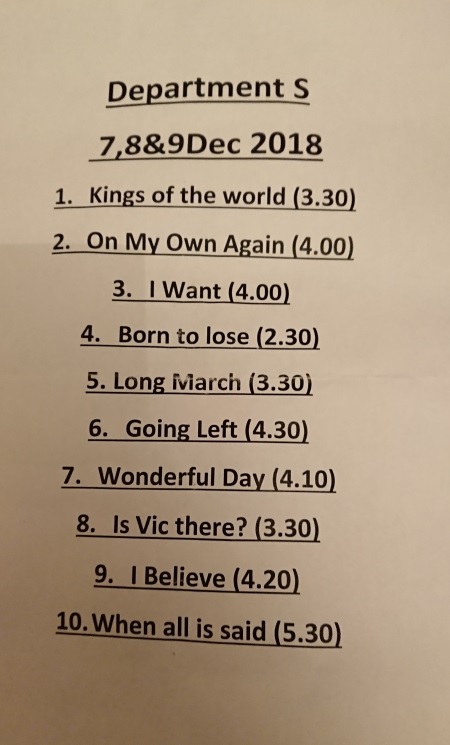