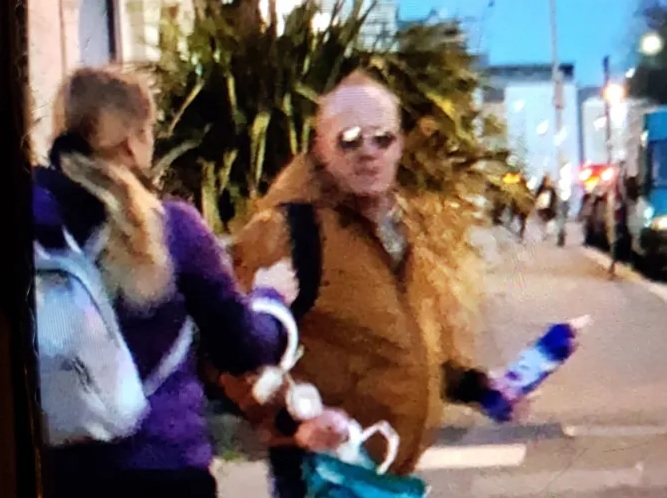 Do you recognise this man? Police want to talk to him after two women were attacked at a bus stop in Hove last night.

One of the women was sitting at a stop in Church Road near the junction with First Avenue just before 8pm last night when a man became verbally aggressive towards her.

A physical fight then broke out, during which the woman sustained a small bump to the back of her head.

Two other women reportedly intervened in an attempt to defuse the situation, at which point one of them was struck to the face with a plastic bottle, causing a cut and discomfort.

Anyone who recognises the man in this image, or who saw what happened, is asked to report it online or call 101, quoting serial 1084 of 31/03.