Hove house can be turned into flats, says planning inspector

Permission has been given for flats to be built thanks to an appeal after Brighton and Hove City Council turned down plans. 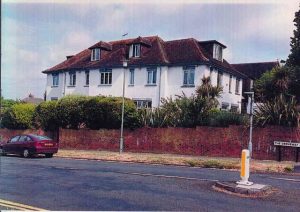 Hundreds of people opposed the plans for 10 Shirley Drive, which would see a large family home replaced with a block of 10 flats.

Councillors refused planning permission on the grounds that it was an overdevelopment which was out of keeping with the area and the car park would disturb people living at 12 Shirley Drive.

Seven councillors voted against the scheme which was described in July as having “more opposition than the Amex”.

But planning inspector David Fitzsimon approved the scheme, agreeing that its footprint would be 30 per cent smaller than the existing property.

His report also said that it would have a lower height and 10 per cent less overall volume.

Mr Fitzsimon said: “To my mind, the scale of the proposed apartment building shown on the submitted plans would not be substantially larger than the dwelling to be replaced.

“While the indicative plans show a design that is more contemporary than the existing dwelling, which is of a more traditional design, the actual design and detailing of the proposed apartment block is reserved for future consideration.”