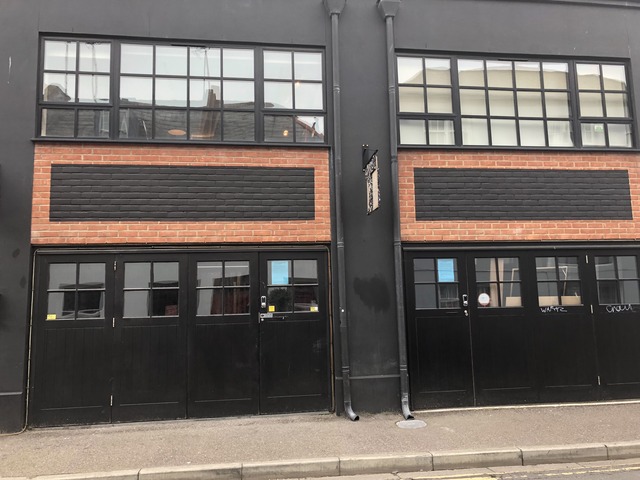 North Laine Community Association (NLCA), seven residents and Councillor Lizzie Deane have all sent objections to the application for 15 Vine Street, named after its address, which goes before a licensing panel on Friday 10 April.

The owners want the licence to run from noon to 10pm Sunday to Thursday and noon to 11.30pm on Friday and Saturday.

In its representation NLCA states in 2005 there were 20 licensed premises in the North Laine and there are now 75 in the densely populated 600 square metre area.

There are nine licensed businesses in neighbouring Gloucester Road; 14 in North Road and one other in Vine Street, Cin Cin which opened two doors down from number 15 in 2016.

The association said: “Another outlet serving alcohol every day, and to include off sales in this residential street would be detrimental to the street’s character as there would be increased noise and disturbance from additional drinkers, along with more traffic.

“As well as long standing residents, there are families with young children who would be seriously affected by late night noise as they live directly opposite the premises.”

A Vine Street resident opposing the licence said there are two pubs at one end of the road,  The Basketmakers and The Eagle, and two at the other end The Fountain Head and Bison Beer at the other.

In their letter they said: “I don’t want drunks sitting on my window sill causing disturbance, urinating in my porch, causing loud noise and generally disturbing my peace.

“I have my grandchildren living here who have front facing bedrooms and will be kept up by the disturbance outside their windows and I’m not happy with them hearing adults talking about all sorts while intoxicated.”

Another neighbour, who has a child with special needs, wrote: “We object to this application for a licence because there would be more crime and disorder.

“Doorways are urinated in, there will be broken glass and vomit in the road. The noise will cause a public nuisance as it prevents us from sleeping.”

Vine Street is in the city’s cumulative impact area, where limits are in place on new licensed businesses to prevent increased noise, anti-social behaviour and alcohol related crime.

Councillor Deane is concerned about the impact on neighbours of another outlet selling alcohol in the area.

She said: “Vine Street is a predominantly residential street occupied by elderly people, families and children.

“It also lies within the cumulative impact zone where residents have for many years suffered from noise, disturbance and antisocial behaviour arising from the overconsumption of alcohol.”

The  new restaurant is linked with acclaimed chef Aaron Dalton, who posted an image of a new Instagram account on his own stream, saying it was coming soon.

It is opening in the units previously occupied by Deaths Door Tattoo and the Mono cafe. The tattoo parlour remains in the unit between 15 Vine Street and Cin Cin.

He is behind the FOUR pop-up restaurants and  has worked in a number of Michelin starred restaurants including Chez Bruce and Fera.

In their representation the team behind the restaurant says it will be food rather than alcohol led.

A letter to the licensing department said: “We will make it non-optional to purchase alcohol without the purchasing of substantial food at any time.

“Our offering will be high end food with high end drink products to fall in line.

“With our chef in charge of the kitchen we will be not only far from any bar set up but setting high standards for the restaurant scene.

“The venue will be more of a dining experience with the option of alcohol consumption than the other way around.”

Sussex Police has asked for conditions limiting alcohol service to people sitting at tables while served by waiting staff. With no standing drinkers.

It also asked to limit wine or beer tasting events to 12 per year.

The licensing panel meets at Hove Town Hall from 10am on Friday 12 April.