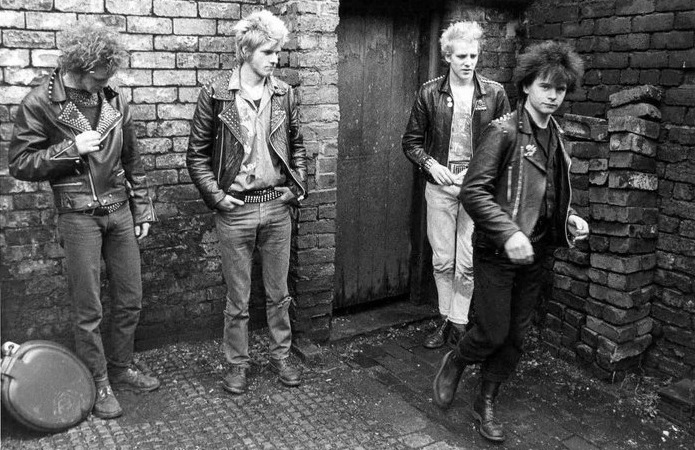 Discharge – back in the day

One of the best ever gigs that I attended in my 41-year gigging history was held at the Lyceum in London on Sunday 25 May 1981. It featured no less than five heavy punk bands of the time and in performance first order were the Anti-Nowhere League, Chron Gen, Anti Pasti, The Exploited and Discharge! 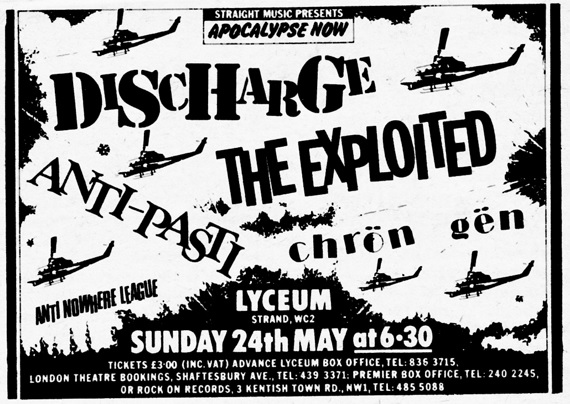 To give you some idea of what it was like, the headliners Discharge rattled through their 25 song set in a mere 50 minutes! So you know that it was fast! All the the bands released their own bootleg tapes of this infamous Apocalypse Now gig and you can listen to Discharge’s performance HERE. 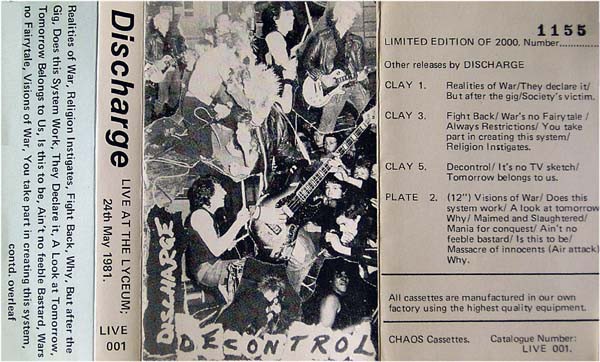 Strangely enough, it’s only the Anti-Nowhere League that still perform gigs in Sussex, that is until now as thankfully Discharge have announced an appearance at the ever popular Con Club in Lewes on Saturday 6th July. To my knowledge the last time they came down our way was on Thursday 3rd March 1983, when they performed at Xtreems (The New Regent), which used to stand near the bottom of West Street in Brighton – I was there! 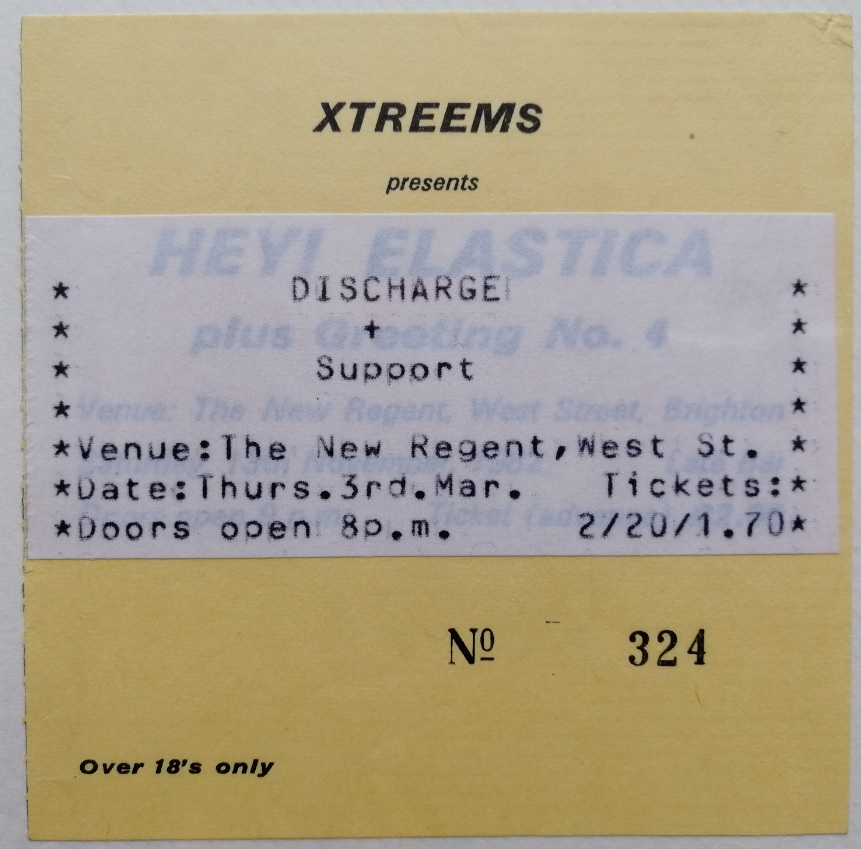 My Brighton Discharge ticket – They used to often reuse them at Xtreems as you can see Hey! Elastica under it, which I also attended

Discharge is a British hardcore punk band formed in 1977 by Terry “Tezz” Roberts and Roy “Rainy” Wainwright. They are often considered among one of the very first bands to play hardcore punk. While the band had substantial lineup changes over its history, the core members over the early 1980’s, when the band produced its key recordings, were Kelvin “Cal” Morris (vocals), Tony “Bones” Roberts (guitar), Roy Wainwright (bass), and Terry Roberts (drums). 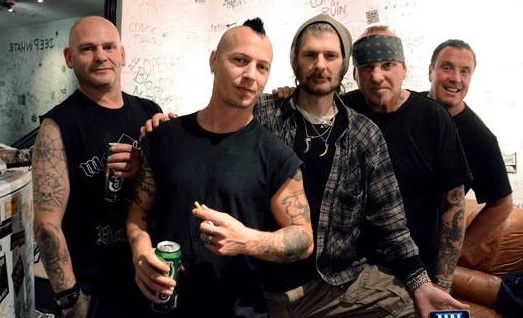 The band’s music is characterised by a heavy, distorted, and grinding guitar-driven sound and rawly shouted vocals, with lyrics on anarchist and pacifist themes. The band’s first album in 1982, ‘Hear Nothing See Nothing Say Nothing’, went to number two on the UK Indie charts and number 40 in the UK Album Chart. In the early 1980’s, the group had a number of singles and EP’s place in the top 10 of the UK indie charts, including the 1981 EP ‘Why’ and the 1982 single ‘State Violence State Control’.

After 1982, the addition of guitarist Peter “Pooch” Purtill brought significant thrash metal crossover elements to the band. In the 1990’s, the band released several metal-influenced albums, which alienated some of the original fan base. In the early 2000’s, the original line up was reunited and they released a self-titled album using the 1980’s musical style. Discharge’s music influenced hardcore punk, thrash metal, crust punk, grindcore and various extreme metal sub-genres. The most well-known thrash metal bands covering Discharge songs include Metallica, Anthrax, and Sepultura. 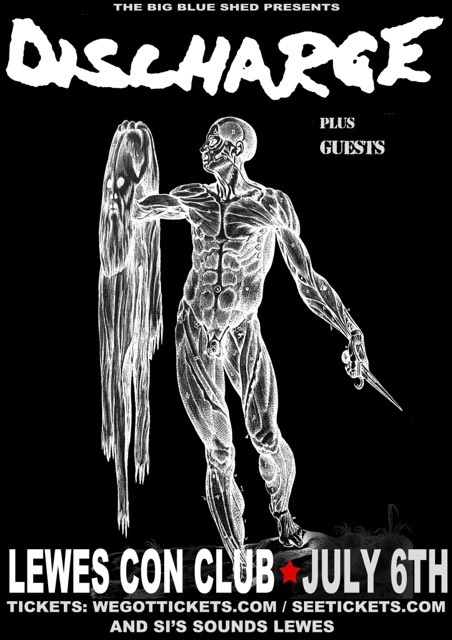