Petrol station bosses have been told that they cannot sell alcohol 24 hours a day at a Woodingdean garage. 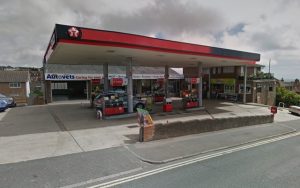 Park and Shop, in Falmer Road, already has a drinks licence until 11pm but the premises are open round the clock.

The company applied to Brighton and Hove City Council to extend its drinks licence but was permission was refused by a council licensing panel.

Park and Shop was given permission though to sell “late-night refreshment” from 11pm to 5am, which covers the sale of hot drinks.

In a letter to Park and Shop the council said that the policy was not unlawful and had been introduced after “extensive consultation”.

The council added: “The panel appreciates that the premises is a garage shop and that there is not a specific category for this in our policy.

“Nonetheless it is an outlet selling alcohol for consumption off the premises and thus comes within the off-licence category.

“Off-licences give rise to concerns and these are expressed within the policy. An off-licence operating 24 hours is on the face of it a high-risk operation and it is against policy.”

Park and Shop, which has 49 premises nationally, offered to ensure all staff had “personal licence holder” training and to make the shop subject to strict “serve legal” spot checks.

It already operates a Challenge 25 policy. However, the week before the licence hearing an under-age teenager was sold a bottle of cider by a new member of staff.