Two people form Brighton and Hove have been picked to stand for Labour in the European elections next month.

Sussex University academic Cathy Shutt, who is also a freelance international development consultant, is second on the party list.

She is joined by the former leader of Brighton and Hove City Council, Simon Burgess, who is ninth out of ten on the list.

Ms Shutt, the treasurer of Brighton Kemptown and Peacehaven Labour, is second only to the party’s current Member of the European Parliament (MEP) for the South East England constituency, John Howarth. 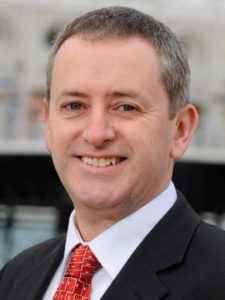 As such she is reckoned to have a reasonable chance of being elected, even though British MEPs may end up serving for just a few months.

This is because their term will end when the Britain leaves the European Union – a process commonly referred to as Brexit.

The deadline to leave was Friday 29 March but it has now been put back until Halloween – Thursday 31 October.

Voting is expected to take place in Britain on Thursday 23 May.