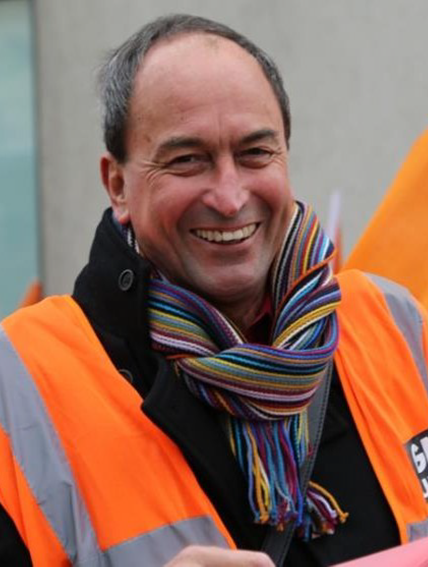 A Labour councillor who was deselected ahead of Thursday’s local elections has urged people in a neighbouring ward to vote for an independent candidate.

Adrian Morris, who until this week represents Queen’s Park, has recommended East Brighton residents put a cross against David Trangmar’s name on Thursday.

Mr Trangmar, who previously stood for Labour in Central Hove, has produced a leaflet which also features endorseents from three former Labour party members, including former council leader Warren Morgan, who left the party in February.

Cllr Morris posted on Facebook: “Having difficulty who to vote for in East Brighton for Brighton and Hove City Council on Thursday 2 May? Vote David Trangmar. We need an Independent councillor to bring the other parties together.”

Mr Trangmar said: “I want to see a more cross party collaborative politic. I challenge the main political parties to work constructively on set of policy objectives that they can deliver together. If elected l want to play my part in trying to achieve this end.

The residents of Brighton and Hove deserve this from their councillors especially as we are living through politically turbulent and troubling times.

“For my part, I have moved on. What I stand for now is the most important thing.”

Cllr Morris’s recommendation has echoes of when two Labour councillors were expelled from the party in 2007 for allegedly endorsing a Respect candidate.

Francis Tonks, who had just retired, and Jack Hazelgrove were accused of endorsing David Bang. Mr Hazelgrove resigned “in disgust” at the allegations, but Mr Tonks denied the claims and his expulsion was later quashed.

Mr Hazelgrove is now standing as a candidate for the Greens in Hollingdean and Stanmer.