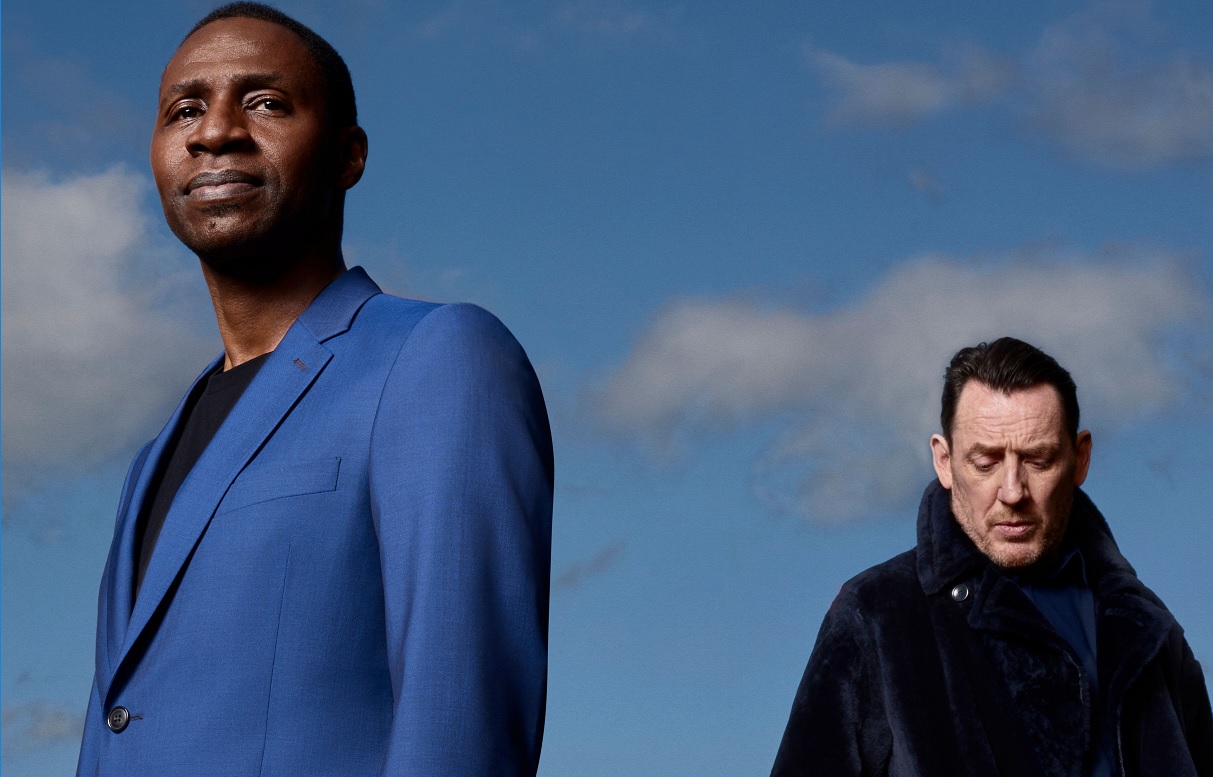 The Lighthouse Family – coming to Brighton

But you’ll have to wait a wee while as the Lighthouse Family won’t be arriving in Brighton until 25th February 2020, when they will be unloading their stage gear and setting up at the Brighton Dome Concert Hall on that day. Ticket details HERE.

In the meantime Lighthouse Family fans will be able to pre-order their forthcoming new album ‘Blue Sky In Your Head’, which will be dropping on 5th July 2019. You can pre-order the album HERE. 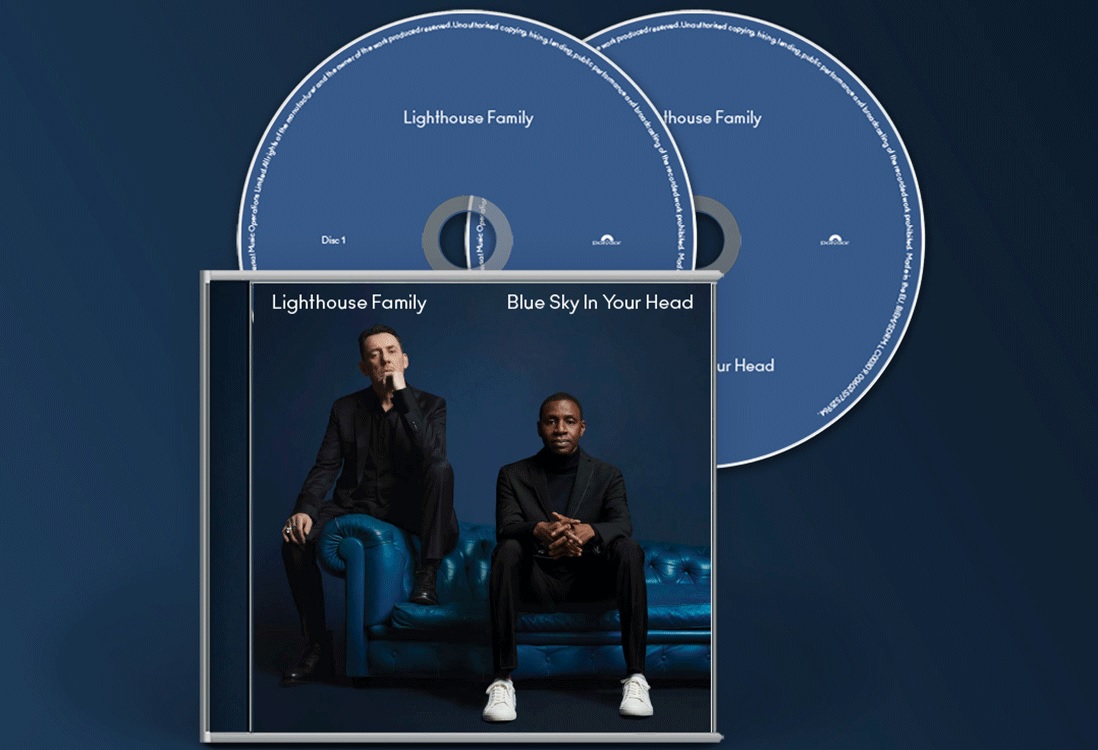 The forthcoming Lighthouse Family album ‘Blue Sky In Your Head’

‘Blue Sky In Your Head’ is Lighthouse Family’s fourth album, and sees them back on their original label Polydor and reunited with the A&R that discovered them, Colin Barlow, and their first manager, Keith Armstrong; the same team that was around them when they were at their FM Radio-dominating peak. The lead single is the Radio 2 playlisted ‘My Salvation‘, a lushly melodic track every bit as good as you’d expect from the band that produced the timeless hit singles ‘Lifted’, ‘High’, and ‘Ocean Drive’ – all of which included on ‘Essentials’, which will come packaged with ‘Blue Sky In Your Head’ and contains ten classic Lighthouse Family songs remastered for the very first time to celebrate their 25-year recording history.

Tunde Baiyewu and Paul Tucker formed Lighthouse Family after meeting at Newcastle University in the early 1990’s. Their 1995 debut album ‘Ocean Drive’ was a slow-burning success, going six times platinum while staying in the album charts for almost three years. ‘Lifted’ became one the defining songs of the era, a pop-soul classic that was inescapable on radio, becoming the soundtrack of high street Britain, drive-time Britain and night-out Britain.

The 1997 follow-up, ‘Postcards From Heaven’, featured three Top Ten singles – ‘Raincloud’, ‘High’ and ‘Lost in Space’ – and also went six-times platinum, charting across Europe, the Far East, Australia and New Zealand. Their third album, ‘Whatever Gets You Through The Day’ (2001) produced another Top Ten single in the shape of ‘(I Wish I Knew How It Would Feel to Be) Free/One’, but by this time the band were at breaking point, their friendship burnt out after years on the road living in each others’ pockets. 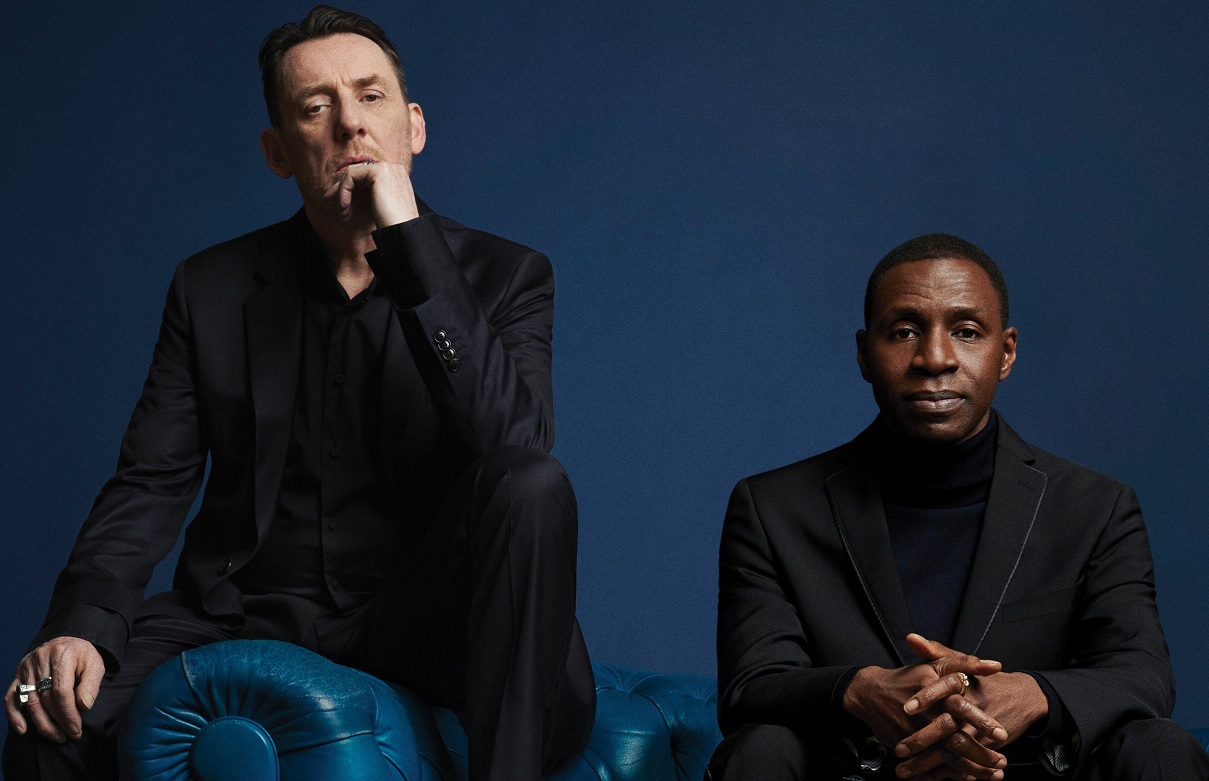 In the intervening years Paul formed a band, The Orange Lights, while Tunde released two solo albums, but the old connection between the pair remained and they reunited in 2016, determined to make a new record, something that was classic Lighthouse Family, but also sounded like it could be made today.

The years have not dulled Lighthouse Family’s remarkable ability to craft elegantly beautiful songs. Their first single in almost two decades, ‘My Salvation’ is an upbeat track that flies high on lush strings and has echoes of Pet Shop Boys at their imperial best. The rippling, rolling title track ‘Blue Sky In Your Head’ has a theme, says Tunde, similar to ‘Ocean Drive’. “A dream of a place, a dream of escape, something you want to get away to.”

“And that’s kind of you what you want Lighthouse Family songs to do: put a Blue Sky In Your Head,” adds Paul.

Indeed, the new album has something that has always been present with Lighthouse Family: a sense of optimism and renewal. “We’re trying to create something anthemic and uplifting but real,” says Paul. “That idea of: ‘I know the sun’s gonna shine again’, it’s quintessential Lighthouse Family.” Messages of hope and uplift. Sentiments of community and communion. Songs of love and connection. Tunes to sing, loudly, from the heart. It can only be Lighthouse Family, back to dream up the magic all over again.