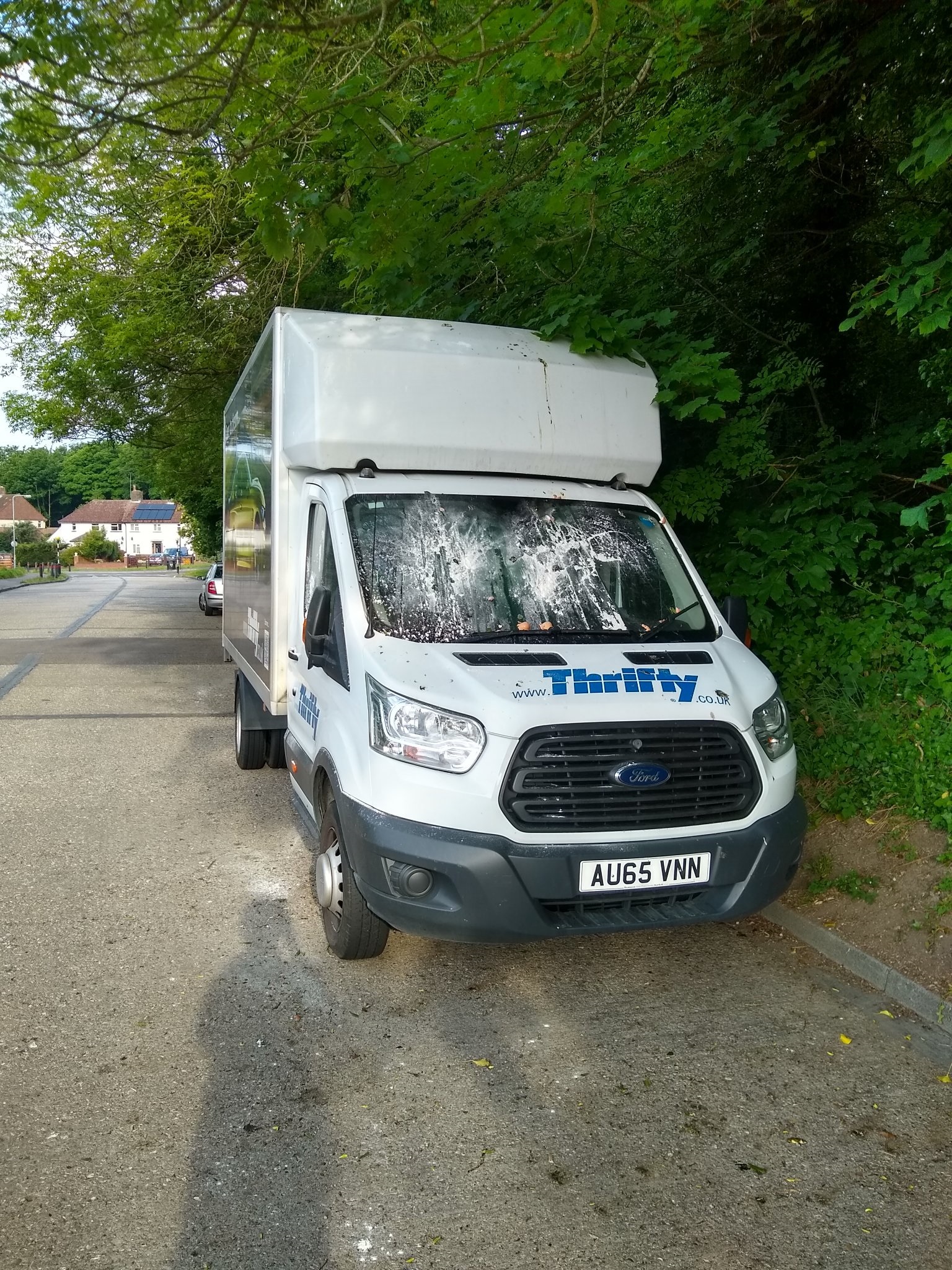 A fleet of Brighton hire vans have been egged and floured after parking en masse in Bevendean in the second such attack from disgruntled residents.

Thrifty vans were among those whose tyres were slash in 2016 after they started parking in Carden Hill, Hollingbury, alongside other vans from Enterprise.

This week, about a dozen Thrifty vans parked in a row in Heath Hill Avenue, to the dismay of residents.

The van company said it would be moving the fleet – but by Wednesday morning, several had been covered in eggs and flour.

“But the amount they’re putting on the road is excessive, with no contribution to Bevendean.

“They really should pay for a yard.”

After another resident Jayne Van Rensburg complained to the company on Facebook, the firm replied on Wednesday morning: “We are very sorry about this, we have informed the branch and this will be dealt with.

“They have advised us they have escalated this yesterday and now have permission to move the vehicles to another location.

“This started yesterday and the rest of the vehicles will be moved today. Again we apologise, and thank you again for letting us know.”

The company was approached by Brighton and Hove News for comment but had not replied at the time of publication.