It’s all gone Dutch at CHALK in Brighton 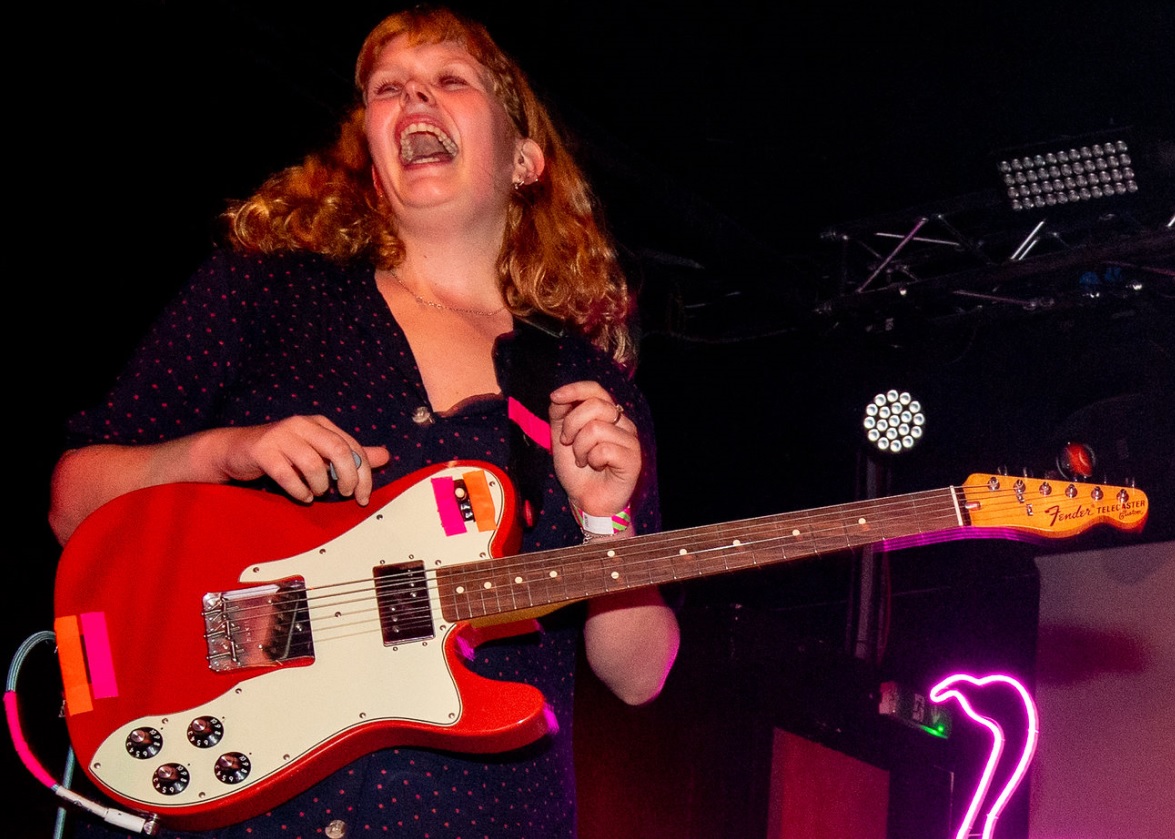 You know those episodes of ‘Antiques Roadshow’ where the weather looks atrocious but somehow that little old lady with the Faberge Egg she thought was a doorstop still makes the effort to come along and catches the headlines?

Well tonight it is indeed damp and dreary. But it’s not the ‘Antiques Roadshow’, it’s a Pip Blom gig in deepest darkest Brighton at the new CHALK venue. And it’s not a little old lady – it’s Personal Trainer and they’ve brought a bunch of songs along for evaluation. 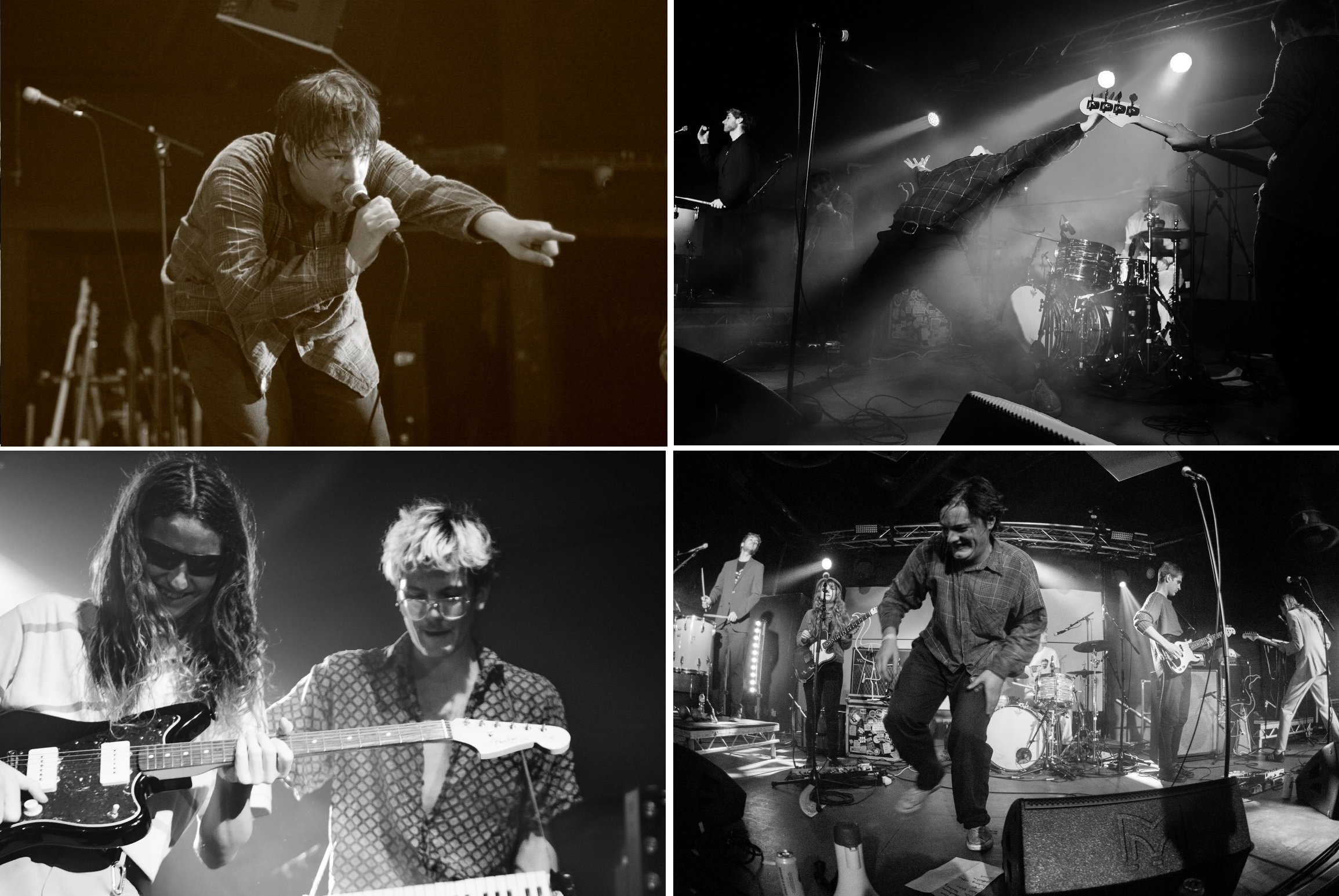 No antiques here though.

This is a tip-top set of contemporary classics – best described perhaps as being in the vein of Cabbage and Sports Team.

The songs are tight, but the performance is loose.

Fresh, raw, and exploding with visceral energy – here we have a band who epitomise stage presence and exude an infectiously joyous chaos of guitar-driven pop that you’d be bonkers to ignore. 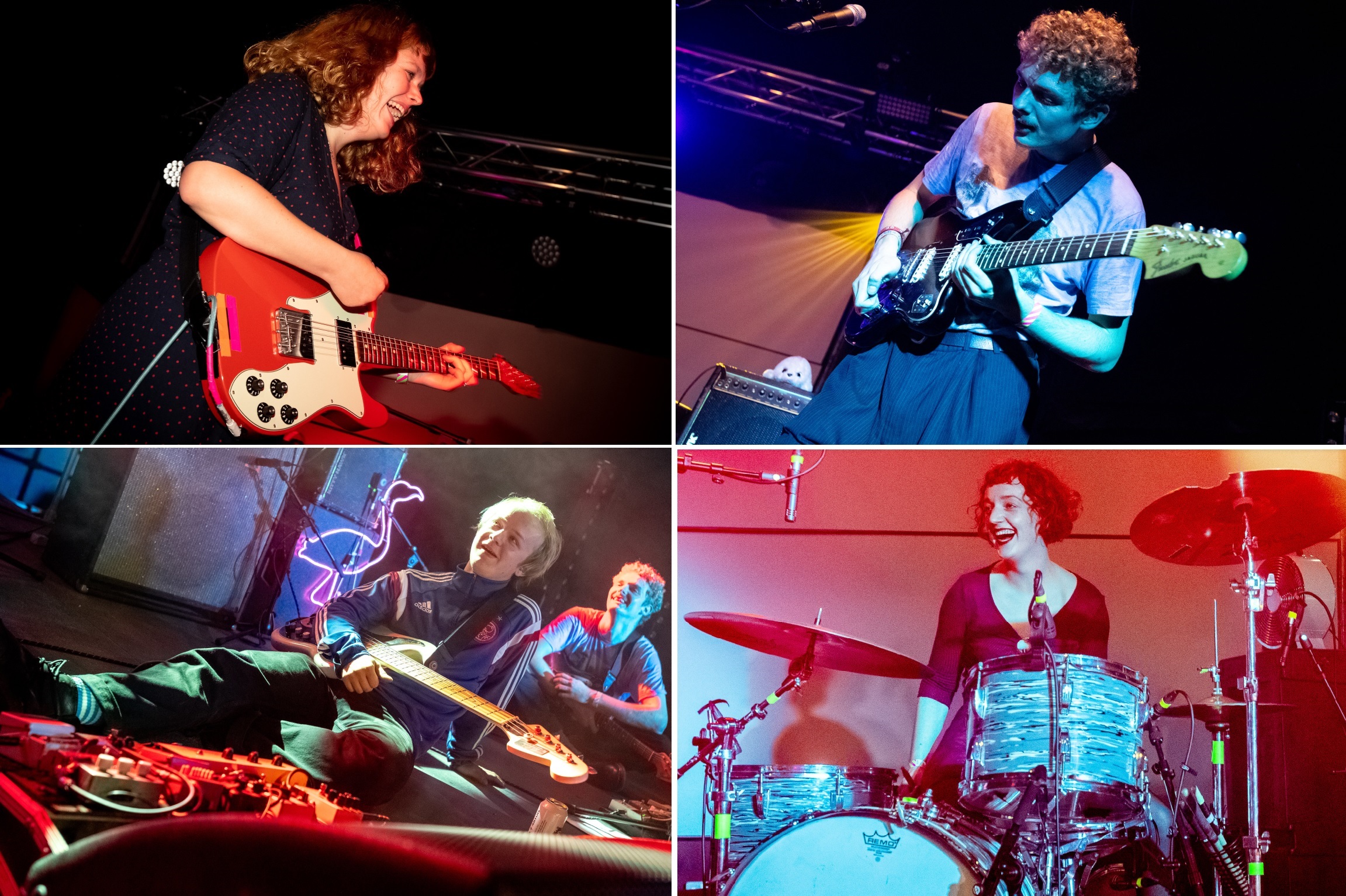 Indeed – they may well have overshadowed Pip Blom, who we last caught up with back in May at The Great Escape.

Since then this Dutch quartet have gone from strength to strength.

It’s been a momentous year for them, with a series of firsts under their belt – from a ‘Glastonbury John Peel Stage’ set through to the current near-sold-out tour, including their biggest London date so far, headlining the Scala.

Tonight is the last night of their UK mission, and the band have an air of quiet satisfaction for a job done well.

Pip Blom offer uplifting, fuzzy, and feisty ear-worms. Pop melodies that are light and bouncy but with under-layers that reveal the multitude of influences which define them.

Digging into the strata of their sound you’ll find a heap of 90’s indie rock as well as echoes of 60 and 70’s classics.

There’s sensitivity to the performance, with melodies performed to perfection and a familiar camaraderie between the band members.

Guitar-driven confidence and demanding riffs dominate the music as it washes over and immerses you in a bright and colourful sea of sound.

What is quite striking is the age-range and diversity of the crowd for such a young band. Here is a band who spans the generations – and their audience is appreciative and singing along, particularly to older well-known tracks like ‘Babies’.

Although the band don’t talk very much they compensate by moving quickly from one song to the next with the only break to invite the audience to visit mummy Blom and buy some branded gear….

There’s no encore but Pip Blom are quick to relocate to the merch stall to talk to fans both old and new.

Listen to Pip Blom’s material on her Bandcamp page HERE and on her Soundcloud page HERE. 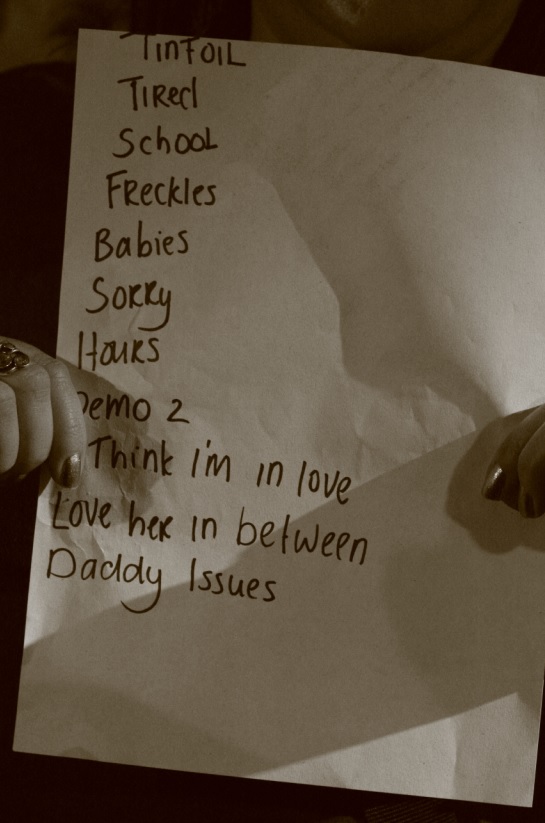