Stereophonics back on form in Brighton 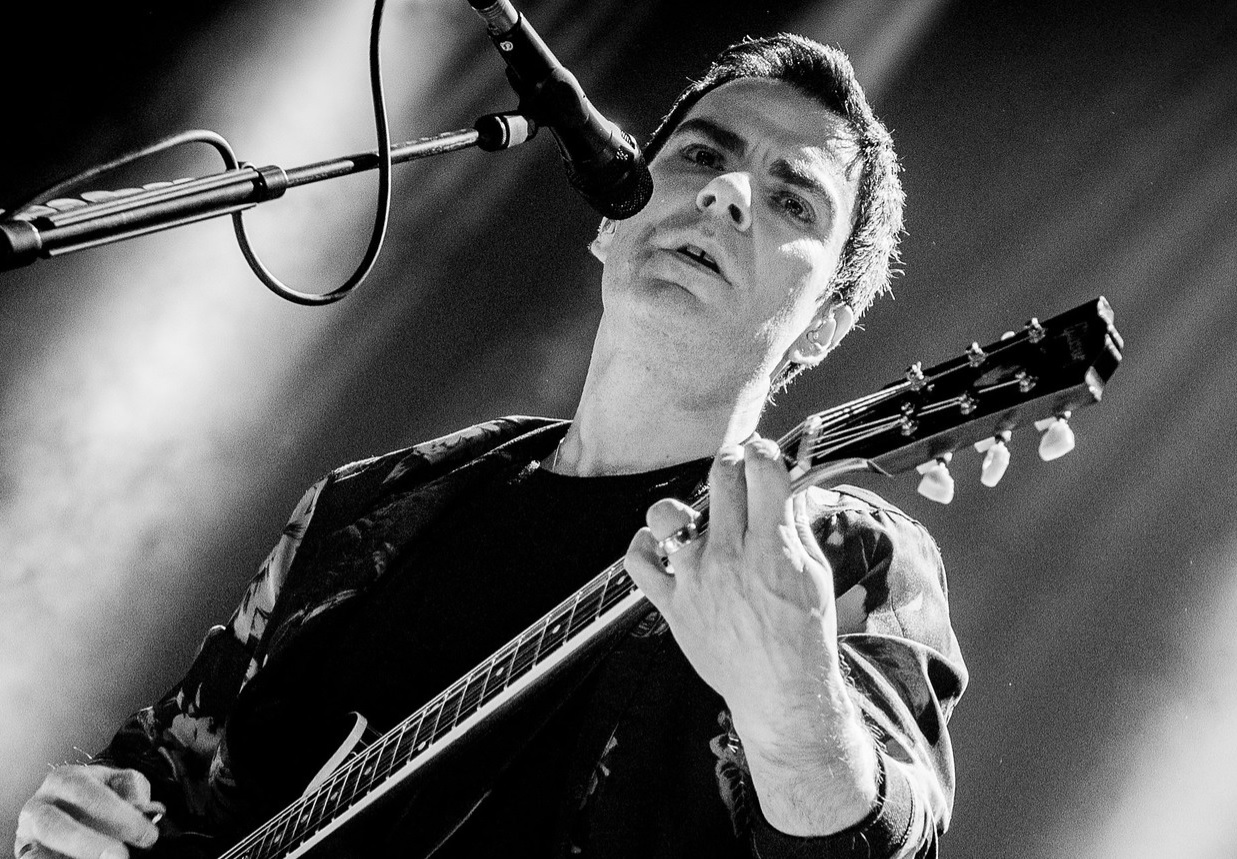 It’s been a couple of years since the Stereophonics have played live in Brighton. Their last appearance here was on 27th February 2018, but frontman Kelly Jones did return last year on 10th June as a solo act. He reminded us this evening that they have been coming to Brighton for “20/22 years”, so clearly they get a warm welcome here.

The Stereophonics are still a very big pull despite being on the case since 1992. This fact is reflected in the statistics as they have in excess of one million likes on their Facebook page and so the Brighton Centre’s 4,500 capacity was a stroll in the park for them.

It’s hard to believe that it’s 22 years since the Welsh rockers released their debut album ‘Word Gets Around’. Now with in excess of 10 million album sales and a string of tours behind them they are arguably as big as they ever were. They have amassed no less than seven UK No.1 albums, including their latest long player ‘Kind’, which was recorded in just eleven days at The Distillery, Wiltshire and released on 25th October 2019, and the reason for their appearance in Brighton this evening. 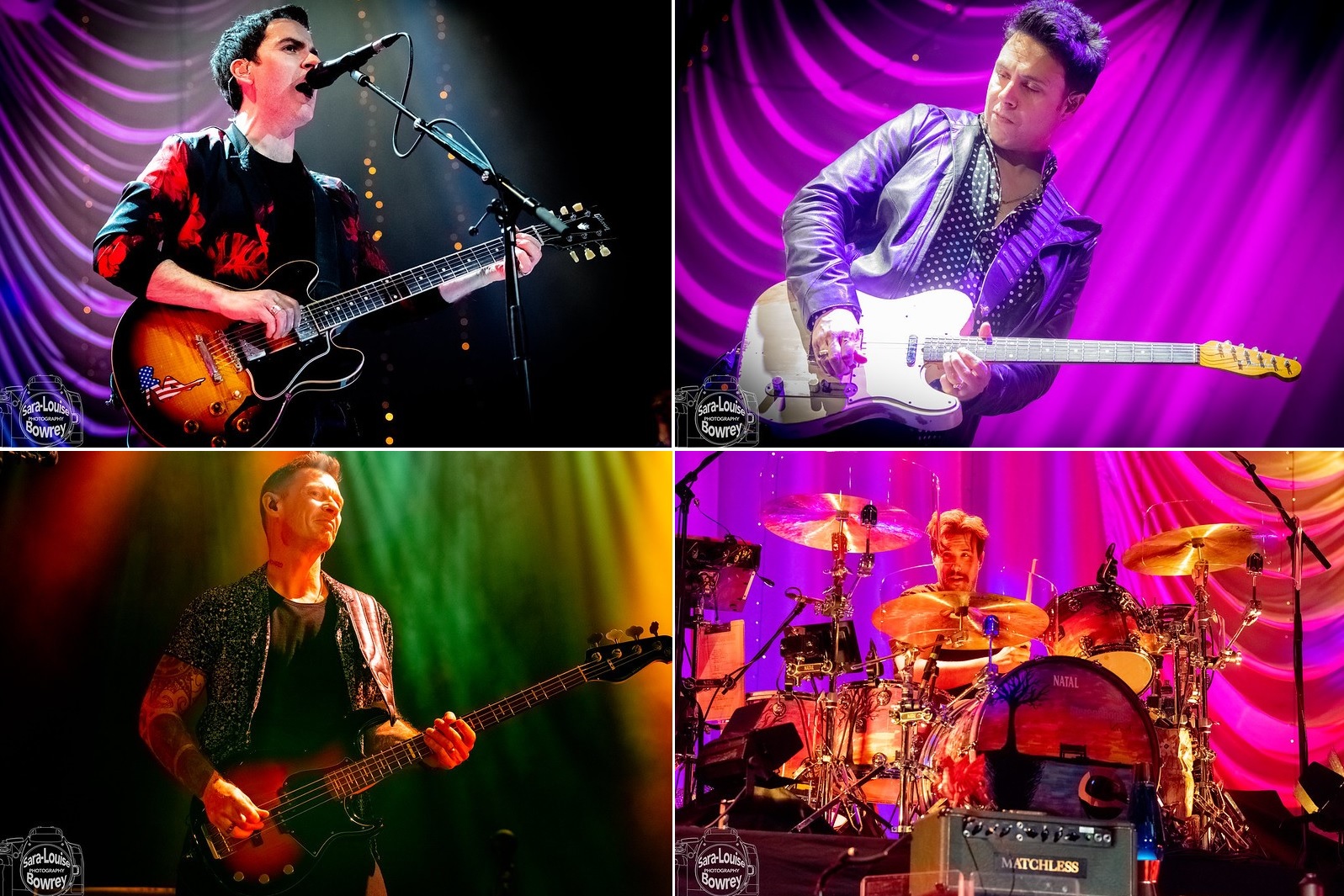 Whilst we are on the subject of them touring, this evening Kelly certainly did not pass up the opportunity to discuss the band’s routes right through to them playing with the Rolling Stones in front of 80,000 fans at Stade De France (on 9th July 2003). As well as mentioning that they had the honour of joining David Bowie on the North American leg of his final (‘A Reality’) tour. Kelly stated to us that they didn’t want to waste Bowie’s time, so when rehearsing in front of him, the Stereophonics would just play about a minute each of a few songs. One day Bowie came up to Kelly and put his arm around him and stated that they had real potential, but only if they expanded the length of their tunes! Bless him! This tour gave Kelly the inspiration to write a very special tune, this was ‘Dakota’, their only UK No.1 hit single to date. The Stereophonics have also toured alongside other legends U2 and Bruce Springsteen.

Tonight, the fans who had braved a bitterly cold Monday night on Brighton seafront were to witness the Welsh rockers performing at the Brighton Centre with their usual four-piece lineup led by their still-youthful looking lead singer Kelly Jones (vocals/guitar), along with Richard Jones (bass), Jamie Morrison (drums) and Adam Zindani (guitar/backing vocals), and were joined on stage by Tony Kirkham (keyboards), and Gavin Fitzjohn (saxophone).

They took to the stage bang on 8:45pm and played a marathon two-and-a-quarter hour set (ending at 10:58pm) to an eclectic and somewhat middle-aged crowd. The band opened with the house lights still up so that everyone could see what was happening and the audience handclaps set them off nicely. Or so one thought. After two aborted attempts of opener ‘C’est La Vie’, they finally got in the swing of things. Kelly commented that we would no doubt be telling our mates that they messed up the beginning and that it will probably appear on YouTube very soon anyway.

There were two giant screens either side of the long stage and I found it fascinating watching the camera operators as the live feed quickly switched from one unit to another. I was stationed immediately above one of the cameras and you could see the red light turn on when the feed was coming from that particular camera. 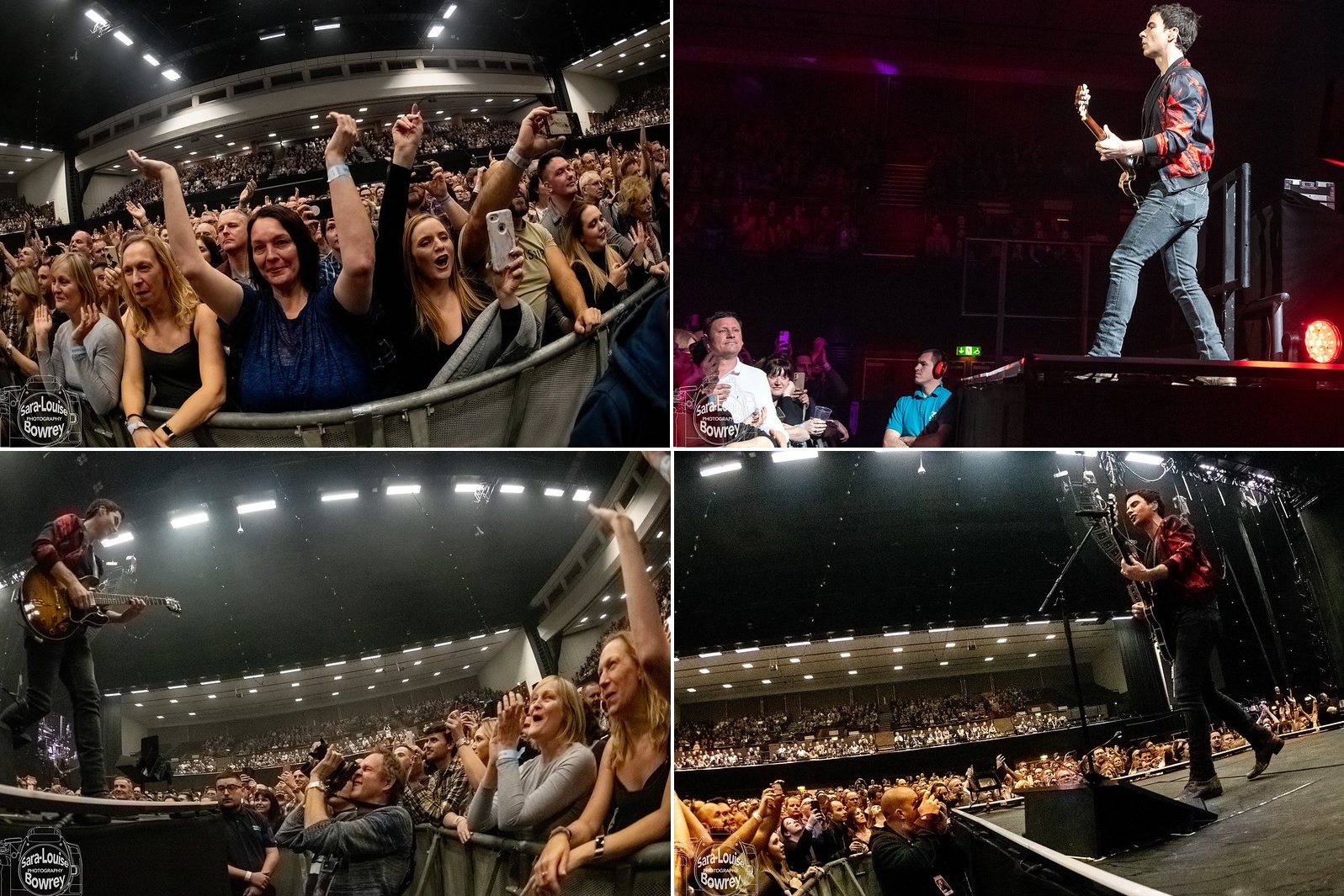 Fans and Kelly Jones getting up close and personal at Brighton Centre 02.03.20 (pics Sara-Louise Bowrey Photography) (click on pics to enlarge!)

The stage had a special central extension complete with ever changing coloured floor lighting strips that jutted out into the crowd, which provided a decent visual spectacle for the excited fans, who got that up close and personal touch. Initially Kelly made use of this which kept the official photographers more than engaged and then later from the whole band. The lights would go down after each number and then on one occasion suddenly there was an extra smaller drum set atop this extra extension. The stage extension had a secret trap door. For a couple of numbers the whole band was crammed onto this little podium, just like to see from old black and white films of the Beatles. Having said that, when they were on the main stage, they were still standing quite close together, with a fair amount of space on the wings.

The acoustics in the Brighton Centre have vastly improved from the old days of the early 1980’s when you would hear the drum beat in front of you and then hear it bounce off of the side and back walls a split second later. This evening it was crisp and everyone could hang on every one of Kelly’s lyrics. I wonder if this would be the same on the other eleven concert performances around the country on this ‘Kind’ tour?. The tour staff were busy in between every track when the lights went down, by whizzing on stage and swapping over guitars and bass for the guys and even a piano appeared at one stage, which was for a solo performance by Kelly for ‘Before Anyone Knew Our Name’.

For the third number, ‘Geronimo’, the band were joined by Gavin Fitzjohn on (large) saxophone and this sounded rather good. Track five was the popular 2001 top 5 hit single ‘Have A Nice Day’ and the crowd were merrily singing along with these accomplished musicians all dressed mainly in black. The band was certainly reminding me of the time I saw Coldplay live, when I travelled to Cardiff to see them in July 2017. Both shows were very slick and well rehearsed. Of note was Jamie Morrison on drums this evening, who accentuates his head movement whilst playing and thus it appears even more dramatic. On the dramatics front, there are no fireworks or lasers, just decent lighting.

Kelly also told us another funny encounter, when the last time they performed in Brighton, there was a knock on Kelly’s hotel room door and he opened it and was greeted by a naked man. Kelly said to him “You’ve got the wrong f**king room mate!”.

For me and more than likely a majority of punters here tonight, the best track was the final encore number ‘Dakota’. The crowd was at their wildest here. Although I must also flag up ‘The Bartender And The Thief’ which was also enjoyable. 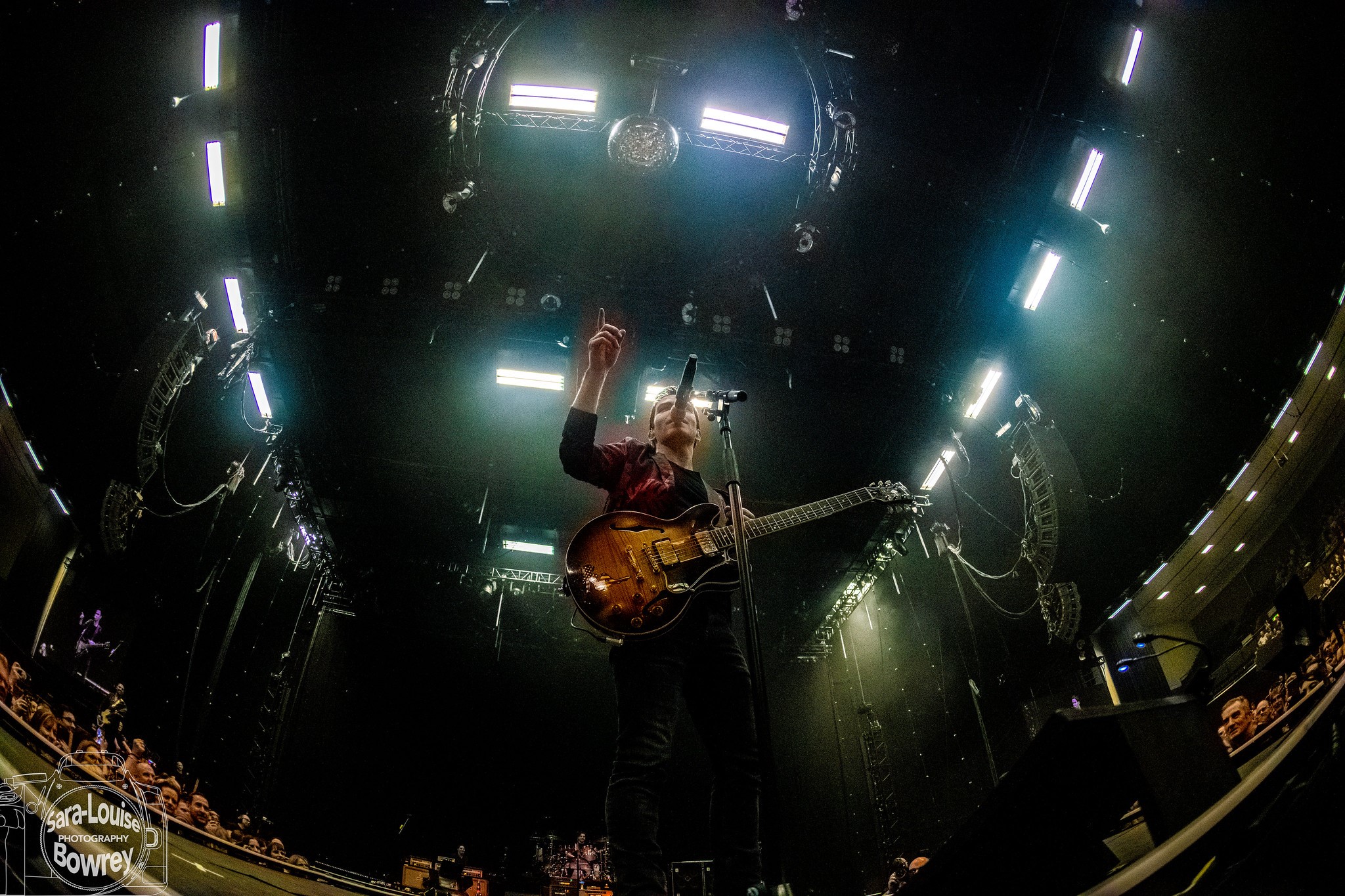 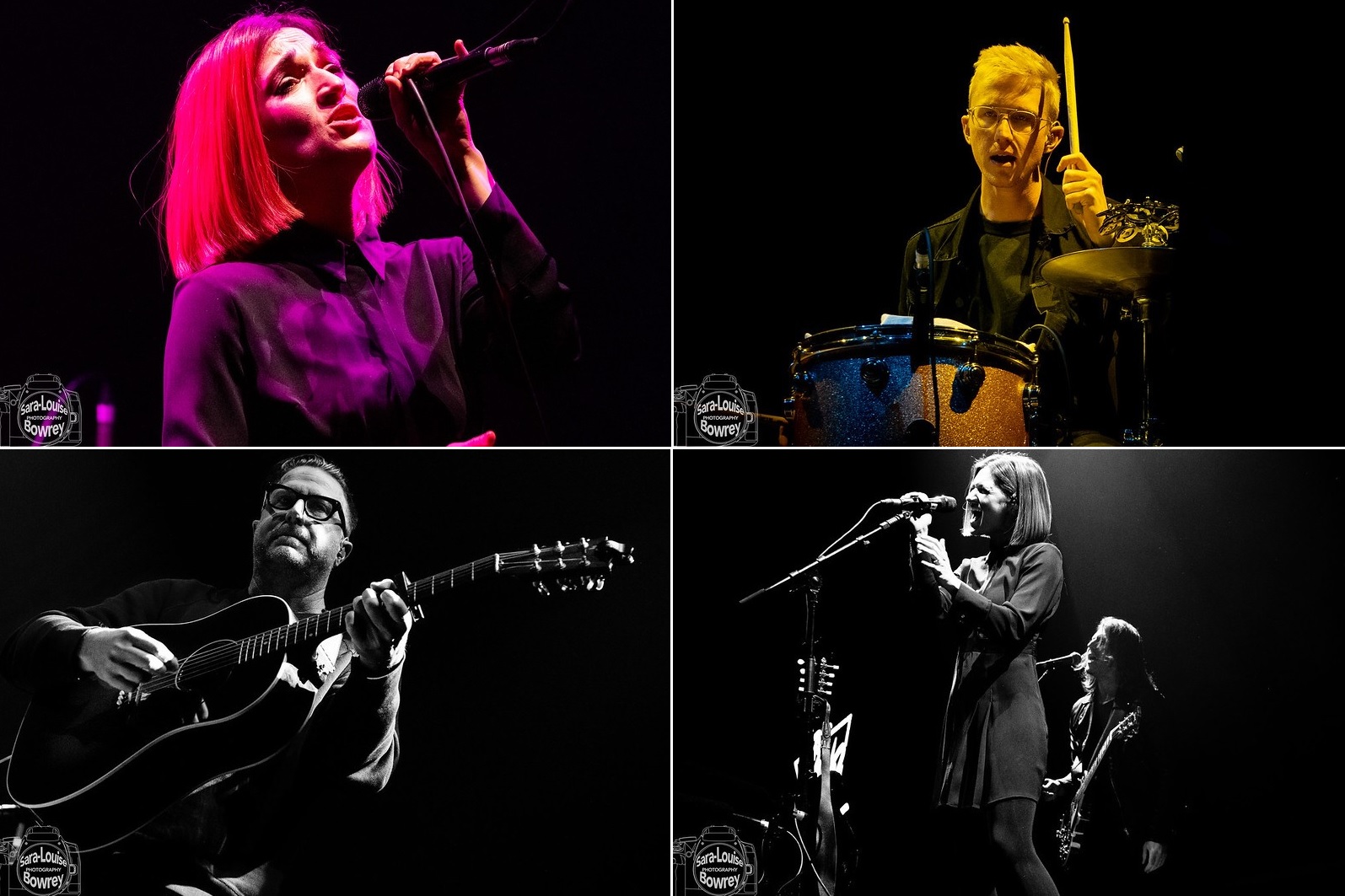 Support this evening came from The Wind + The Wave who graced the stage at 7:34pm, although it was advertised as 7:45pm, hence the venue was under half full at this stage.

The outfit consists of best friends Dwight Baker (guitar) and Patty Lynn (vocals), with two chums on drums and bass assisting them. They hail from Austin, Texas and have been on the twangy country rock scene for around eight years now. Patty’s vocals are rather like Lana Del Rey’s, although their music isn’t.

They played for 38 minutes, finishing at 8:12pm and entertained the ever increasing crowd with a set of nine compositions, the highlights being ‘Grand Canyon’, the touching ‘Human Beings’ and the yeehaw ‘My Mama Said Be Careful Where You Lay Your Head’.

Patty announced that they have been walking around Brighton and liked it and referred to it as being “artsy-f*rtsy and a little bit gay”. I wonder what Austin, Texas is like?

The Wind + The Wave setlist:
‘Follow Your Heart Around’
‘Happiness Is Not A Place’
‘The Heart It Beats The Thunder Rolls’
‘From The Wreckage Build A Home’
‘My Mama Said Be Careful Where You Lay Your Head’
‘Neon Prayer Flags’
‘Human Beings’
‘Grand Canyon’
‘Raising Hands Raising Hell Raise ’em High’ 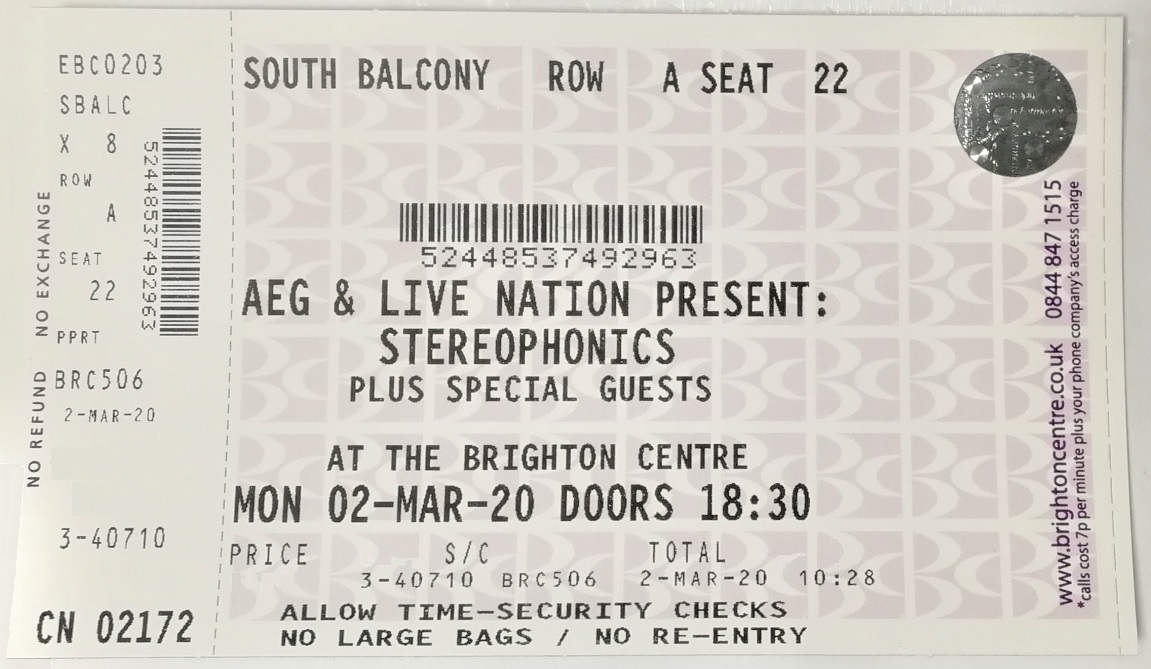 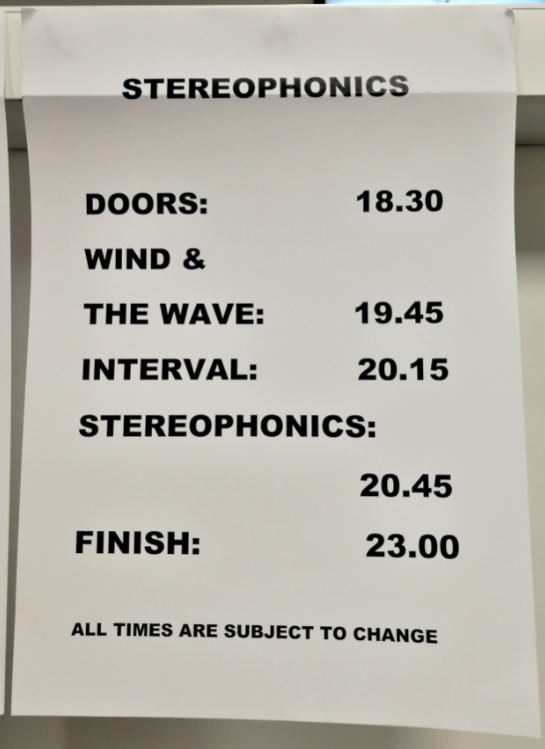 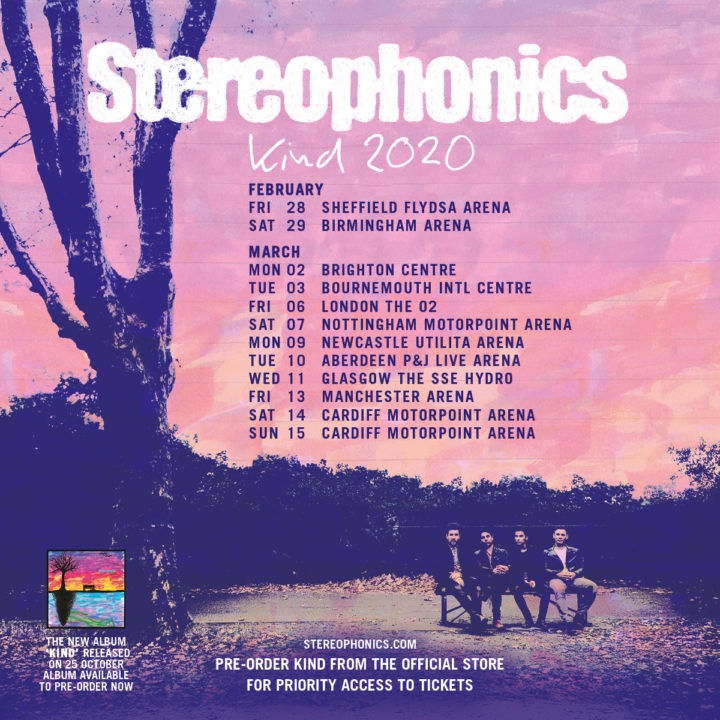