Planners have approved a floodlit all-weather sports pitch for a secondary school in Hove. 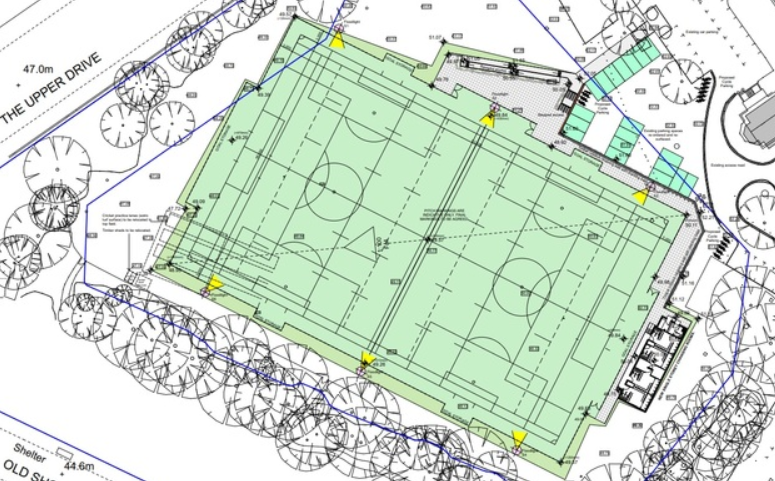 The pitch, at Cardinal Newman Catholic School in The Upper Drive, Hove, is expected to have a green surface and to be used for football and rugby.

The school wants to be able to use the area all year round to help build on its record of sporting achievement.

A year ago the Newman Rugby Academy won the AoC National Championships and, in the previous school year, the under-13s reached the final of the ESFA National Schools Cup.

The plans, approved by Brighton and Hove City Council, include new changing rooms, cycle storage and landscaping on the school’s southern field.

Planning permission was granted with conditions, including restricted hours.

Players can use the 320ft x 200ft (98m x 62m) pitch and the associated facilities from 7am to 9pm Monday to Saturday and from 9am to 6pm on Sundays and public holidays.

The same hours apply to the use of the 50ft (15-metre) floodlights, which must have shields to reduce how much light can be seen in nearby homes.

The school is also expected to plant more trees along the eastern edge of the field to reduce light pollution. There are already mature trees on the south side.

The Catholic secondary school has 2,300 pupils from across Brighton and Hove and the surrounding area and 240 staff.