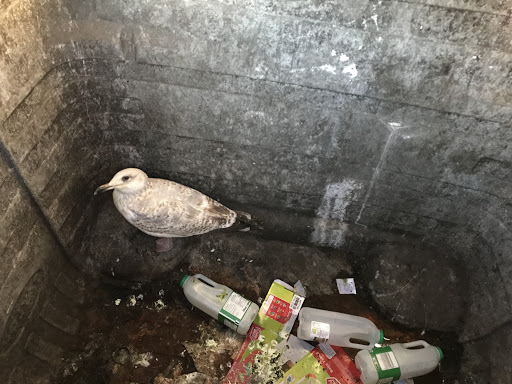 A seagull which somehow got itself stuck inside a locked Brighton recycling bin on New Year’s Eve was rescued by an RSPCA inspector.

The inquisitive gull had somehow managed to get inside the large recycling bin which is locked and has a post box type gap with brushes around the opening to try to prevent wildlife from climbing in.

When a member of the public went to post some recycling through the hole they spotted the bird trapped inside.

As the lid to the bin was locked, and needed a key to open it, RSPCA Inspector Cora Peeters had to get creative in order to get the bird safely out.

“It was pretty tricky and kept catching the milk bottles for a start and at the same time trying to avoid getting my face too close to the bin!

“Thankfully I managed to scoop the bird in the net (along with some extra recycling) and pull him safely out.

“It is a bit of a mystery as to how he managed to find himself stuck inside.

“I checked him over and he was all fine and quickly flew off.

“In my 20 years of working for the RSPCA I’ve never had to rescue a gull from a bin!” 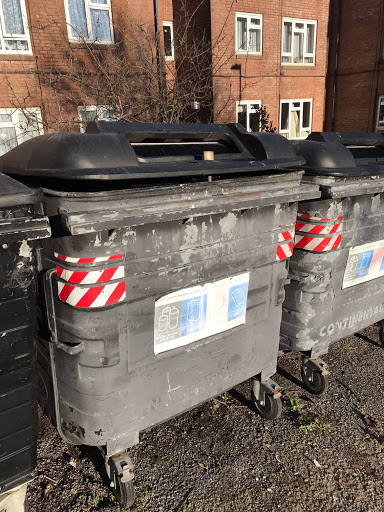