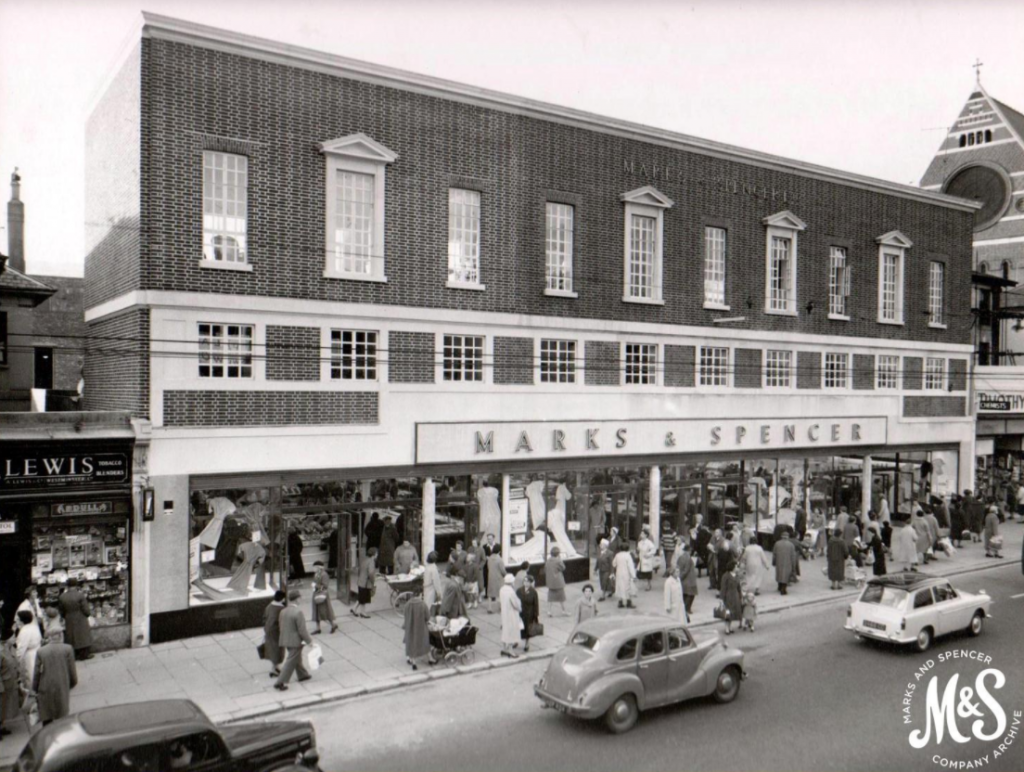 A 1930s shop building may be demolished to make way for dozens of student flats – but not just any old student flats.

Plans have been drawn up by McLaren Property to demolish the old Marks and Spencer building next to Aldi in London Road, Brighton.

The developer wants to replace it with a five-storey building with 156 purpose-built student flats and shops on the ground floor.

The current tenants on the ground floor of 5-8 London Road are Peacocks, Iceland and Poundland, with M&S having vacated the premises in 1986.

But the McLaren scheme, valued at about £50 million, is due to go before members of Brighton and Hove City Council next week when the council’s Planning Committee should give its verdict.

LAT chair Philip Wells sent a comment to the council although his details were redacted on the council’s website.

Mr Wells said that the presentation was well received, particularly by people living in Providence Place.

He said: “The site adjoins and overlooks Providence Place Park – which was the subject of a detailed improvement programme in which the LAT was an enthusiastic and involved participant.

“The architect was clearly aware of the issues and potential of the immediate area – and the design clearly reflected that concern.

“Should the development go ahead, it will certainly be an improvement in this regard.” 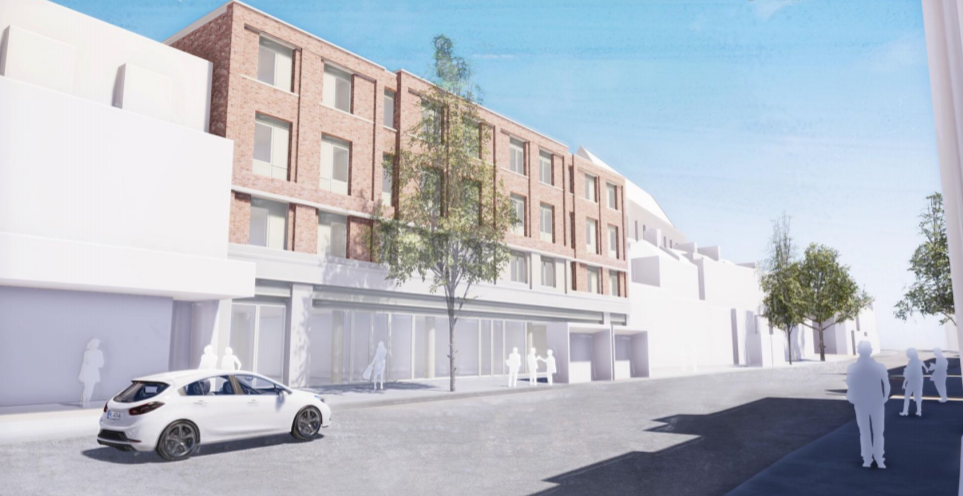 The McLaren proposal for 5-8 London Road in Brighton, formerly Marks and Spencer

A neighbour who objected to the plans, whose details the council redacted, was concerned about the noise and the effects of the demolition process.

They said: “If this new demolition goes ahead, it will disrupt the day-to-day living of the residents and affect people’s mental health and wellbeing.

“Please consider this at highest priority as it involves residents’ wellbeing and quality of life.”

A person who followed the LAT presentation, whose details were also redacted, wrote in support of the scheme, saying that they hoped the security at the student entrance to the building would have a positive effect in Providence Place which had problems with drugs and anti-social behaviour.

They said: “Should we keep ugly, badly planned, dirty buildings, whose doorways contribute to anti-social problems in place, because of temporary noise and inconvenience?

“Or should we look to the future with new, purpose-built, mixed-use buildings of interesting design where thought has been given to the different needs of residents and traders? 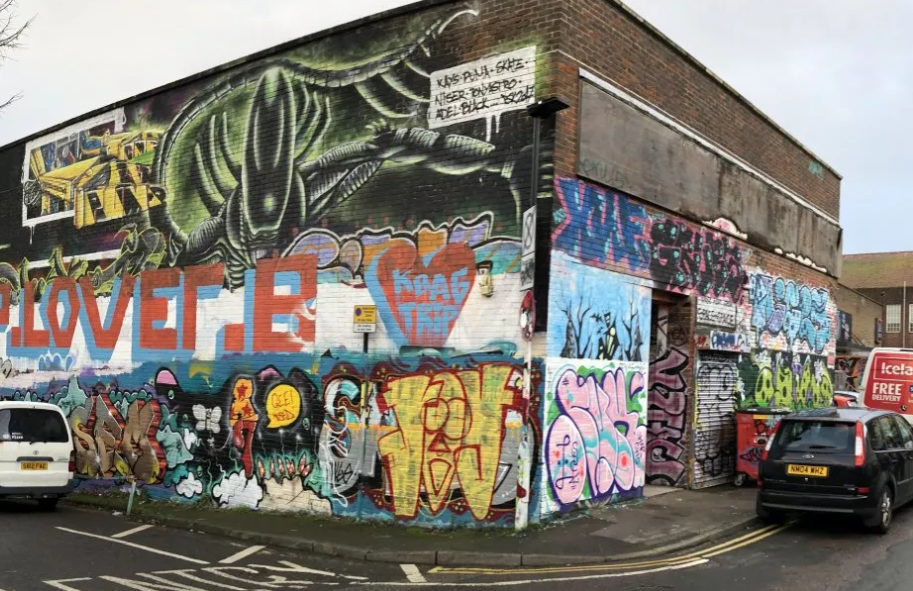 “The bigger picture is one where, after due consultation with all concerned parties, a cleaner, brighter, more appropriate building will enhance the area for all.”

Another neighbour, whose details the council has also kept secret from the public, said: “It is likely, especially with the thousands of new student dwellings at the university and in Lewes Road, the developers will soon apply for a change of use.

“The area has too many students already who, at such a number, do not add to the community and increase the amount of anti-social behaviour such as drinking and creating late-night noise (already a problem).”

Ardmore Language Schools managing director Martin Corr said that the scheme would provide “much-needed” accommodation not just for students during the academic year but also for the summer conference market and year-round language school academic provision.

He said that the language school ran courses with both Brighton College and Brighton University.

But a letter from Sussex University said that it would not be taking out a “nomination agreement” to promote the flats to its students. 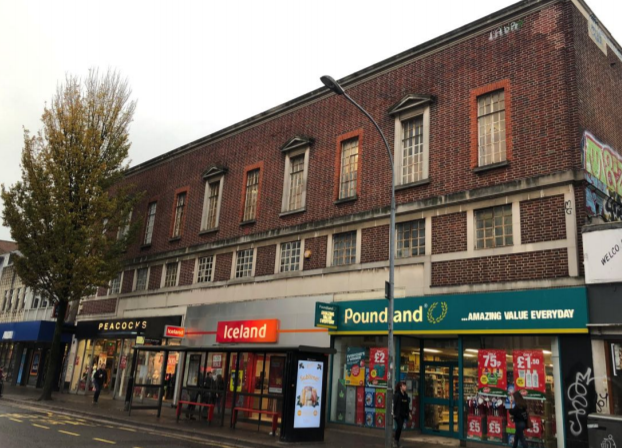 Peacocks, Iceland and Poundland occupy the old Marks and Spencer building in London Road in Brighton

The university’s deputy director of estates, facilities and commercial services Francine Hill said that the location was “positive”.

But students regularly raised concerns about the lack of capacity on the 25 bus to the university campuses at Falmer and Moulsecoomb at certain times of the day.

“The proposed replacement incorporates fit-for-purpose retail space and makes efficient use of the site to also provide properly managed student housing that will help take the pressure of local housing stock.

“We are pleased to receive the positive comments from local institutions and for the support and input we have had from the LAT, Regency Society and local ward councillor.”

The scheme has won the backing of council planning officials but councillors will have the final say.

The Planning Committee is due to decide whether to grant planning permission at a virtual meeting next Wednesday (10 February). The meeting is scheduled to be webcast on the council website from 2pm.