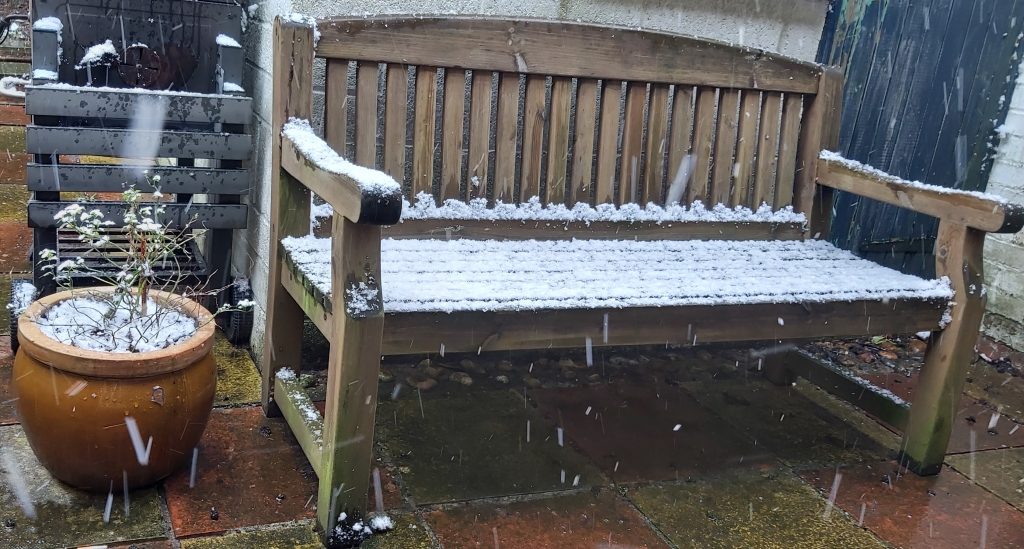 Snow falling in a backyard in Hove

Snow has started falling in Brighton and Hove although it looks as though it’s struggling to settle.

The Met Office issued a yellow snow warning three days ago although some forecasters predicted that – as often – the South Downs would protect the area from heavy snow.

The official forecaster warned people to expect some travel disruption, including delays with some vehicles or passengers facing the prospect of being stranded.

The Met Office also said: “Power cuts may occur and other services, such as mobile phone coverage, may be affected.”

So far, since starting at about midday, the snow appears to be a light dusting mostly on higher ground.

The forecast remains about freezing for the rest of the day and tomorrow, with further light showers expected today (Sunday 7 February).