Councillors are seeking assurances that a well-used and much-loved swimming pool in Brighton will not be closed.

They spoke out after Brighton and Hove City Council published its Sports Facilities Investment Plan 2021-31.

The 24-page plan said that “no new investment” was planned for St Luke’s Swimming Pool, in St Luke’s Terrace, Brighton.

Its long-term future was “to be considered” as part of investment plans that looked at options including “if St Luke’s Swimming Pool was not retained”.

The pair are both members of the council’s Tourism, Equalities, Communities and Culture (TECC) Committee which oversees sport and leisure policy.

Councillor Childs said: “I oppose any suggestion that the St Luke’s Swimming Bath be closed and will vigorously campaign against such a proposal by the Green administration to deprive residents of this beautiful and listed amenity.

“The pool is well used and loved in our community including by children at St Luke’s School who learn to swim there.

“Its closure would be an act of social vandalism that would be fought tooth and nail by Labour ward councillors.

“I will be seeking urgent assurances, from the Green council, that under no circumstances will the pool be closed and that, also, future investment will be factored into the city’s leisure plans to ensure the pool is maintained to the highest standard.”

The council’s plan said that St Luke’s was “struggling to cope with modern patterns of use, poor accessibility and design constraints”. It added: “The associated upkeep and maintenance costs are high.”

The plan indicated that a large sports facility serving the east of the city – currently served by the Prince Regent Swimming Complex – would have a 25-metre six-lane pool.

But if St Luke’s was closed, the plan said that the aim would be for the east area to have an eight-lane swimming pool. 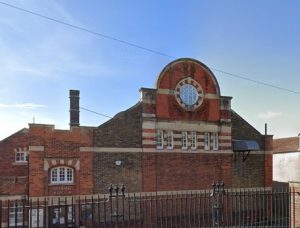 St Luke’s swimming pool which dates from the early 1900s

The plan said though that keeping St Luke’s Swimming Pool as a small community pool should be considered.

It recommended the “creation of three large multi sports hub facilities to serve the city”, adding that the location of these in the east and the west were at “a site to be identified”.

They are currently served by the Prince Regent and the King Alfred.

Only a site for the north was named – with a suggestion for “increased provision at Withdean Sports Complex”.

Conservative councillor Dee Simson said: “It would be a shame to see St Luke’s go as it has been used over 60 years to teach thousands of Brighton kids how to swim, including myself.

“The council’s plan is underwhelming. If St Luke’s is forced to close then the council should be looking beyond 25-metre pools and providing at least one 50-metre pool in the city to compensate this loss.” 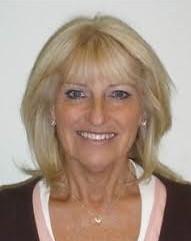 Green councillor Martin Osborne, who co-chairs the TECC Committee, said that any decisions on investments in sports facilities would be decided by a cross-party working group in due course.

He said: “Not only do we have a shortage of pools in the city but we know St Luke’s is a widely used and much-valued facility.

“There are no plans to close it and it’s wrong for others to suggest this.

“The regular maintenance programme for all our sports facilities is already happening, in order to keep our sites in good condition.

“Consultants looking at the future of sports and leisure opportunities for our city have suggested an investment plan to meet our aims of creating more, enhanced sports provision.

“This is based on a ‘hub and spoke’ model of expanded and enhanced facilities, supported by a network of locally accessible community leisure centres to meet the needs of residents.

“Several of our sports facilities would benefit from investment. Although the consultant’s report mentions that ‘no new investment is identified’ for St Luke’s, this refers to the proposals coming forward from the investment plan. St Luke’s is also in reasonably good condition at this time.”

It proposed a 25-metre eight-lane competition-sized pool to replace the King Alfred, calling it “an essential element” despite a long campaign locally for a 50-metre pool.

The plan said: “The current demand for pool water in the city exceeds supply.

“Any closure or loss of a facility will result in a significant pressure on the remaining facilities for use for public and club swimming.”

The plan proposed expanding the gym at the Withdean Sports Complex as well as the creation of a soft play area and a small 3G pitch.

It also called for a new soft play area at Portslade Sports Centre and an enlarged gym.

At the Moulsecoomb Community Leisure Centre, the plan suggested a bigger gym, a new gymnastics area and a small 3G football pitch.

And at the Stanley Deason Leisure Centre, the plan called for “continued provision of outdoor hockey and football by replacement of the sand-based and 3G artificial grass pitch surfaces”.