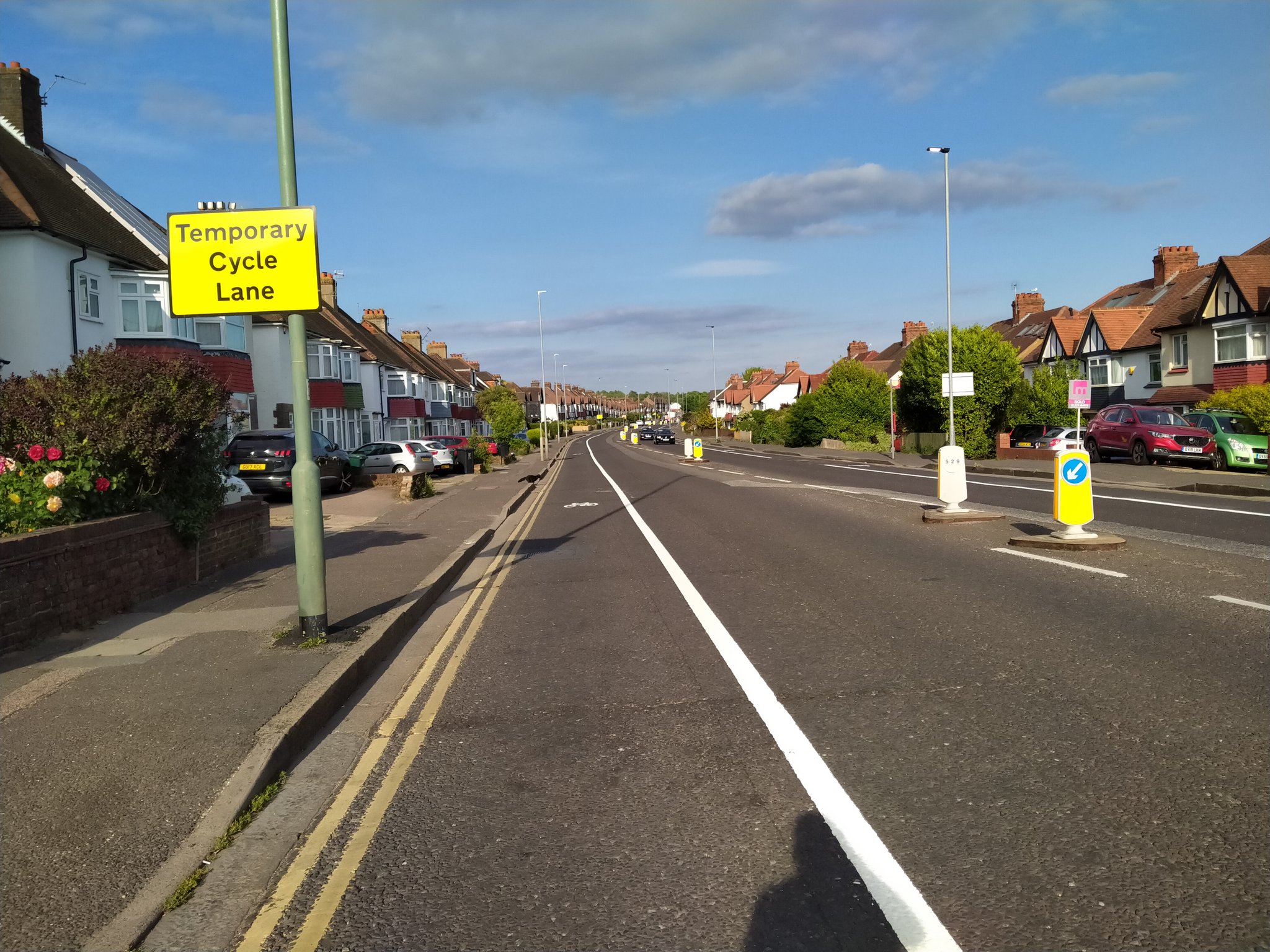 In May 2019, both Labour and Green parties went to the electorate with bold, visionary manifestos centred around action to tackle the climate emergency.

Labour’s manifesto declared: “Our current generation has to seriously address the issue of global climate change. To fail to confront this emergency would leave our families and children in a perilous position.”

It promised “a transport system with a focus on moving people not vehicles” and “a fully co-ordinated Local Walking and Cycling Infrastructure Plan.”

In similar vein, the Green manifesto asked us to vote for “a city which leads the way on tackling the climate emergency “ and which is “walkable, cyclable and crisscrossed by affordable electric buses”.

Both parties shared an ambition to deliver a carbon neutral city by 2030.

The response of the people of Brighton & Hove to these proposals was a resounding yes. Between them, the two progressive parties attracted two thirds of the popular vote and secured 72% of the available seats.

Brighton & Hove City council had already declared a climate emergency, and despite resignations and changes of administration it seemed that the impetus for real action on climate remained strong.

But when, almost a year after the election, the Covid-19 pandemic hit us, we saw what an emergency response actually looks like. Suddenly, both the council and the community swung into action.

Rough sleepers were found somewhere to stay, shielding residents were helped out by their neighbours, and extra space was made for active travel, as public health measures emptied the buses and school closures dramatically cut the level of car traffic on our streets.

A further year on, both Covid and the climate remain very much present dangers. The council’s mandate for decisive action on cycling and walking has been further strengthened by the fresh thinking of the Climate Assembly – a randomly chosen panel of 50 local residents, whose top recommendation was for a car-free city centre.

They also said: “cyclists should be prioritised over cars through well-designed dedicated cycling networks that are safe and practical for day-to-day use as well as leisure.”

So why has the Labour group on the council betrayed both their principles and the people who voted for them, by calling this month for the removal of the temporary cycle lane on the Old Shoreham Road?

Does the Labour group truly believe there is a climate emergency – demanding an emergency response at least on the scale of our response to covid – or are they full of hot air?

In an emergency, we expect our elected representatives to take swift action, to show some leadership. A consultation process spanning months, followed by vague promises of further consultation in future doesn’t look like an emergency response to me.

As a member of the Labour Party, I was particularly horrified to see councillors from my party fall into the trap of pitting “cyclists” against “drivers” in their attempt to score points against the other two political parties on the council.

This is no time for political game-playing. Labour councillors surely understand that the main beneficiaries of protected cycle lanes are not members of the despised minority group “cyclists” but people who previously did not cycle due to the danger of mixing with motor traffic.

The council’s own consultation report shows that 36% of the people who had used the temporary cycle lane would previously have made their journeys along that road by car, and monitoring shows substantial increases in cycling since the temporary lane was introduced.

To achieve the kind of substantial changes called for by the city’s voters and the Climate Assembly, we need councillors who are prepared to stand up for what’s needed, even if it’s unpopular with some.

I find it shocking that my own party’s representatives seem to be struggling to grasp the principle clearly laid out in the Conservative Government’s Gear Change policy:

“Physically segregated bike tracks on main roads, including at junctions, are the most important thing we can do to promote cycle use. They give people the confidence to cycle and dramatically increase the numbers of people cycling . . . They can be separated from traffic using a kerb, or lighter-touch materials which take less space, such as wands, stepped kerbs or planters. But they must be physically separated – not just on links, the stretches between junctions, but at junctions themselves, the places of greatest danger for cyclists. The routes must be direct. They must be continuous, not giving up at the difficult places. They must serve the places people actually want to go . . . and the journeys they actually want to make. If it is necessary to reallocate roadspace from parking or motoring to achieve this, it should be done.”

Above all, we need a proper network of safe, direct, protected cycle routes. Which is why it’s ludicrous to suggest, as the Labour group has done, that a cycle route should be located on Portland Road or Church Road instead of Old Shoreham Road.

People who want to cycle to the shops or other places on Portland Road and Church Road should of course have a safe way to do so, but this must be in addition to a direct cycle route on Old Shoreham Road – the only way to make cycling a feasible way to get to school for hundreds of children in the west of the city.

The heatwave in north America, and devastating floods in Germany and Belgium are yet another sign of the urgency of the crisis we face.

The people of Brighton & Hove are crying out for real change – when will our politicians find the courage of their convictions?