Heroin and crack dealers jailed for more than ten years 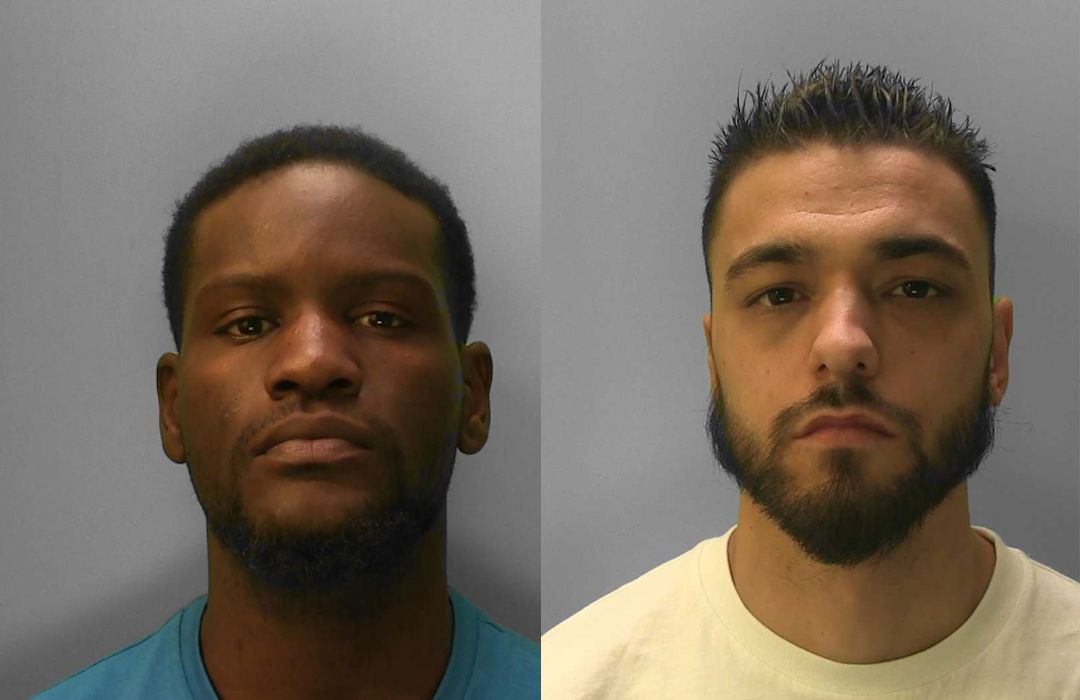 Two men have been jailed for a total of more than ten years after being found guilty of dealing Class A drugs in Brighton and Hove.

Joaquim Ruela, 28 of Bedfordwell Road in Eastbourne, and Itiano Pedro Fernandes-Vinhas, 28, of Lloyd Street South in Manchester, were jailed for five years and three months and five years and six months respectively at Lewes Crown Court on September 3.

Shortly after midnight on Saturday, November 24, 2018, Fernandes-Vinhas was seen acting suspiciously by plain-clothed officers around the Pool Valley area of Brighton and a short time later was seen leaving the Hostelpoint hostel in Grand Junction Road.

Both were arrested on suspicion of possession with intent to supply controlled drugs.

A search of a hostel room connected to the pair discovered Class A drugs with a street value of more than £3,000 and more than £1,600 in cash.

Joaquim Ruela was charged with being concerned in the supply of Class A drugs (heroin and crack) and was found guilty on both counts at Lewes Crown Court on July 21. He was sentenced to five years and three months in prison.

Itiano Pedro Fernandes-Vinhas was found guilty of the same charges, as well as being in possession with the intent to supply heroin and crack. He was jailed for five years and six months in total.