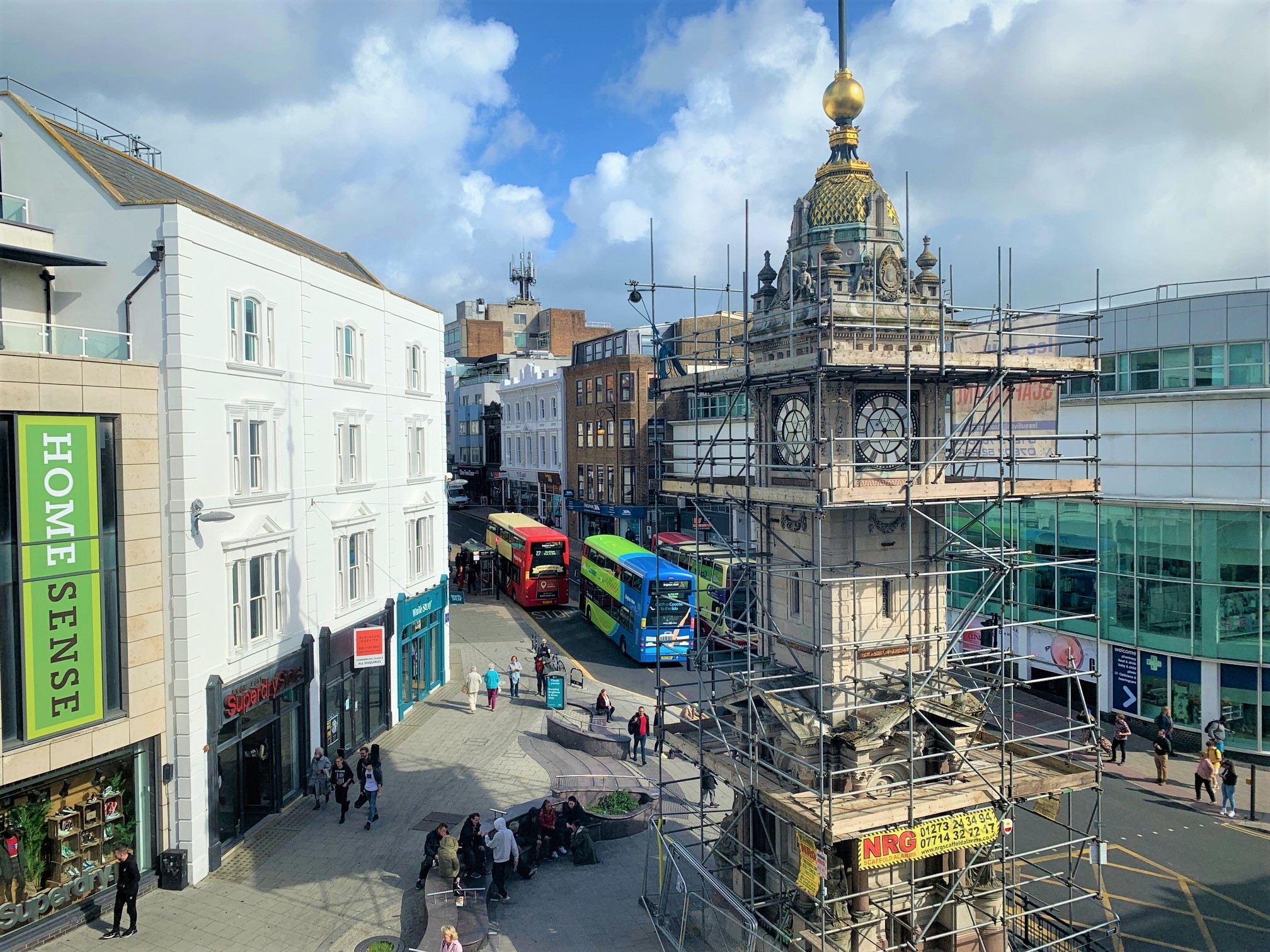 Work has started this week to repair and restore parts of the Jubilee Clock Tower ahead of its position in the centre of the city’s Christmas lights.

The clock mechanisms are being removed, and the missing hand replaced – and engineers are also hoping to fix the golden ball which until a few years ago rose and fell on the hour.

Work on the Grade II listed tower, which sits at the top of North Street, is being done by the same team who have been working on Big Ben in London.

The next phase will involve re-lettering the faded and missing letters from the clockfaces followed by the replacement of the bird prevention netting with steel mesh and, where possible, without the use of spikes.

The steel mesh is being used following advice from the RSPB and helps prevent birds becoming trapped, as sometimes the case with plastic-style mesh.

Checks are also being made on parts of the tower where the city traditionally hangs Christmas lights.

Council leader Phélim Mac Cafferty said: “I’m so pleased work has begun on the clock tower. It’s one of the first things people pass when they arrive from the railway station or notice when travelling around the city.

“It’s so important we take care of landmarks which are such an iconic part of Brighton & Hove’s history. These works will mean that the clock will once again be working, instead of being right just twice a day.

The Jubilee Clock Tower was donated to the city in 1888 to celebrate Queen Victoria’s golden jubilee the year before.

Designed by John Johnson and built by JT Chappell, it’s made of Portland stone and pink polished granite with a domed roof of copper and crown on top carrying a metal globe; this was a time ball designed by Magnus Volk.