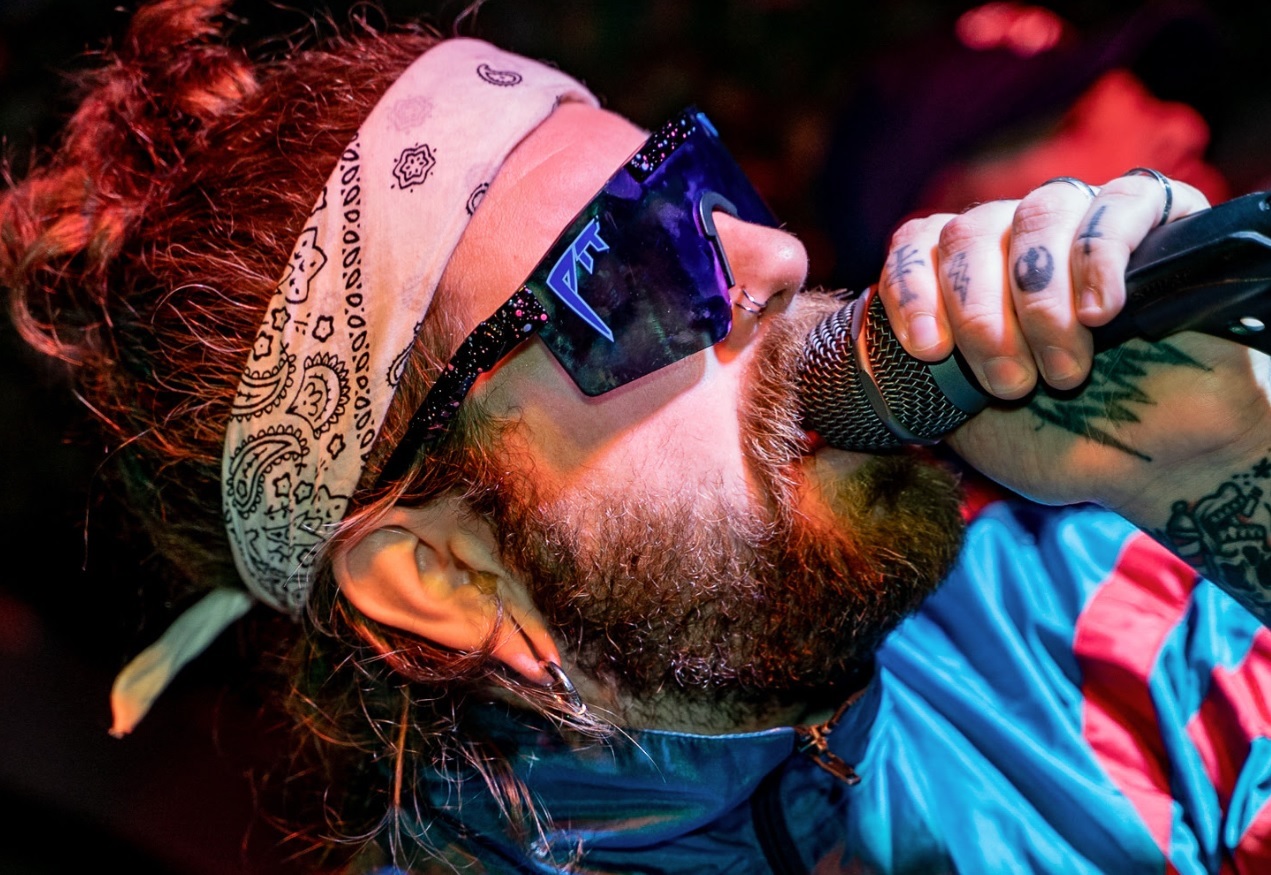 The Top Left Club will be on the bill (pic Cris Watkins Photography/PunkInFocus) (click pic to enlarge!) 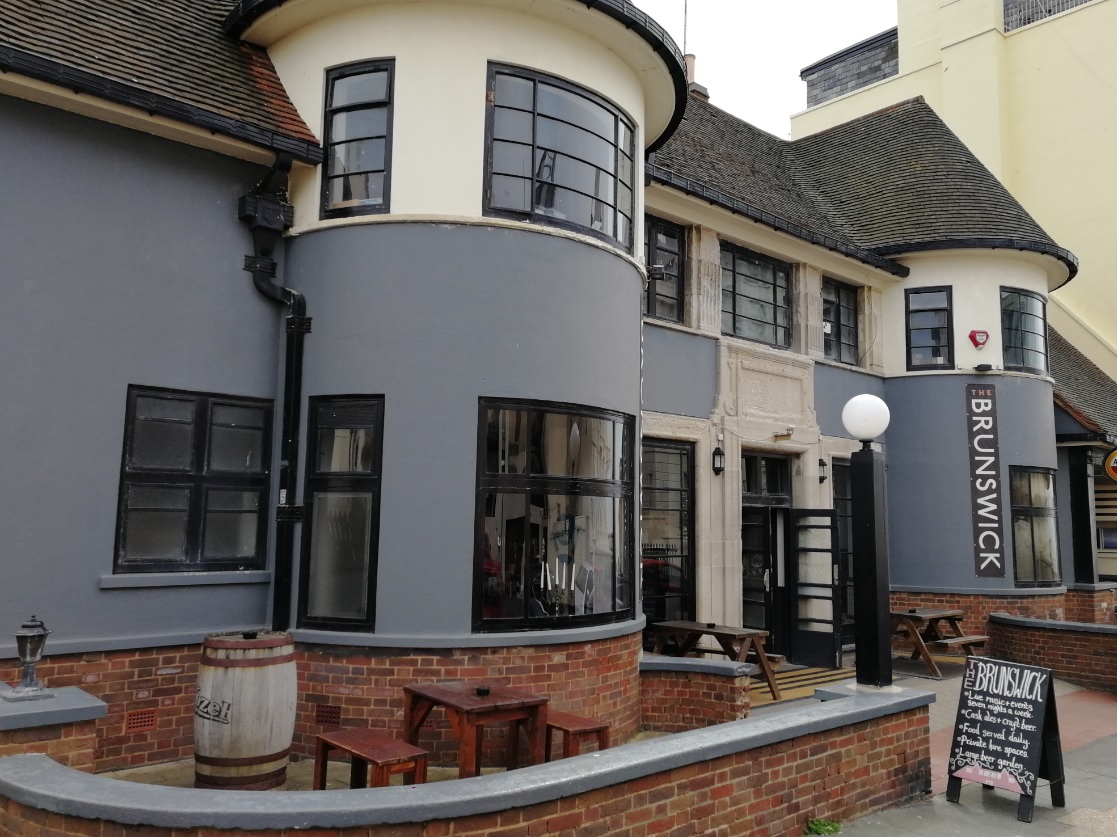 The line-up will feature OHMNS, TOP LEFT CLUB and HUMAN INVENTION as well as Weirdsville & Stay Sick DJs – Mr A, Neil Sick & Miss A.
Tickets are priced at just £6 each and are available on the night at the Brunswick Cellar Bar door from 8pm onwards. 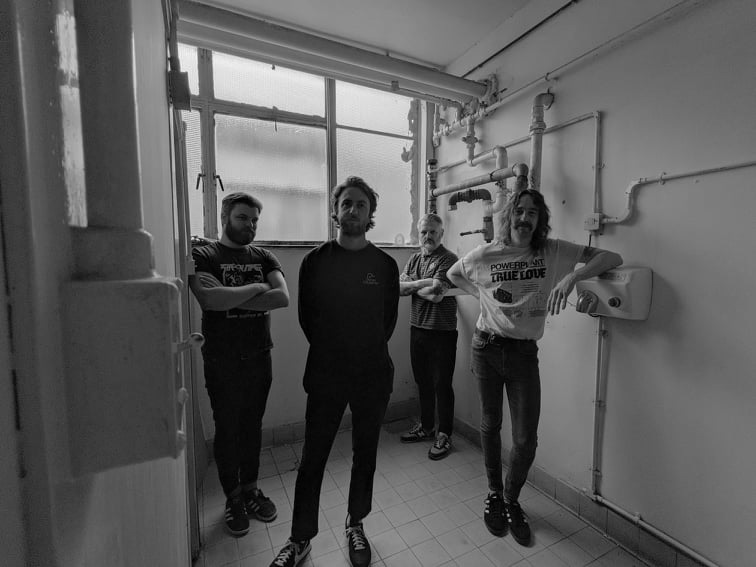 OHMNS
In their native city of Liverpool, OHMNS have helped form part of a feral but fertile mini-scene of kraut-infused garage punk through their explosive, raucous and at times completely unhinged live performances. The 23rd October will be the very first time that the band have performed in Brighton & Hove. If you want to know what they sound like, including their latest single ‘Tommy Knockers’, then head on over to their Bandcamp page HERE.
www.ohmns.co.uk 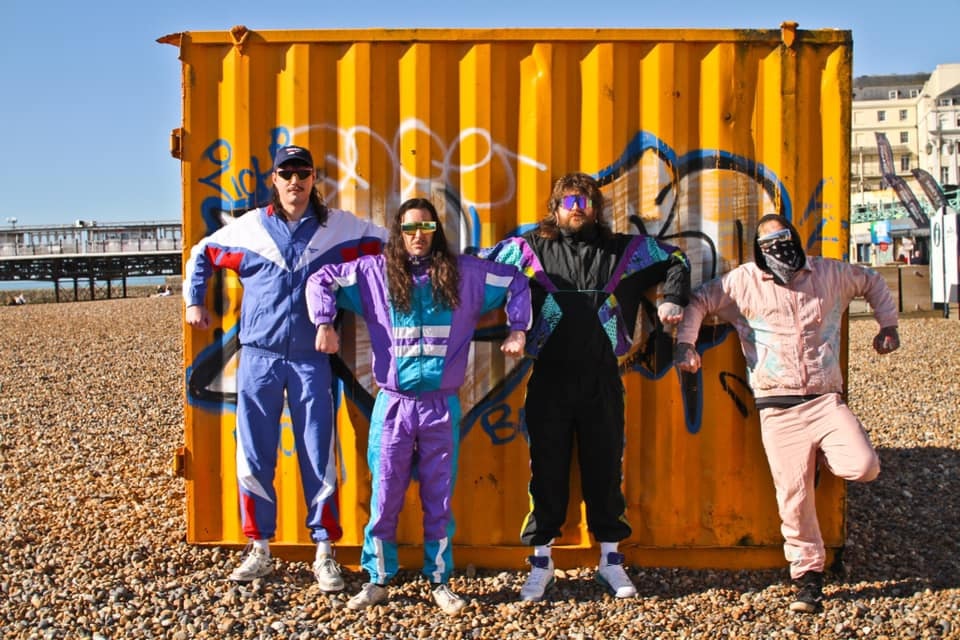 TOP LEFT CLUB
Ease into the sleaze and get ready to submit to the filthy frequencies about to be unleashed.
Top Left Club features members of SKiNY MiLK, Rotten Foxes, Rough Gutts, Young Francis Hi-Fi… (the list goes on & on). We recently reported on Top Left Club and said…
“Their ‘sound’ seriously reminds me of The Heartbreakers, early Damned, a heavier version of The Clash, Stiff Little Fingers and The Stranglers, as well as the vibe of the Rezillos mixed with the New York Dolls. Their final number ‘Demons’ also has a nod to The Stooges. There’s the Ramones in there too. I mean Christ what is there not to like with these guys? I have just found my new favourite local punk band!. Do yourself a favour and check out their album HERE”. (Nick Linazasoro, Brighton & Hove News 1.10.21)
www.facebook.com/topleftclub 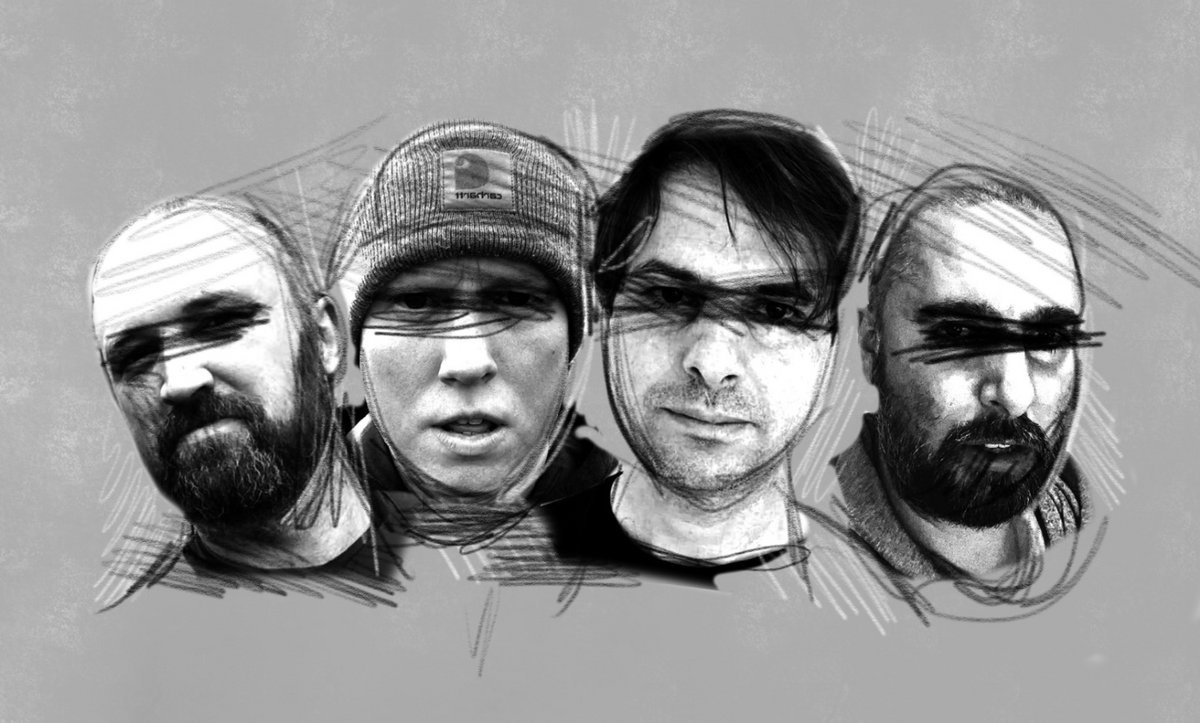 HUMAN INVENTION
These are a Brighton based post punk hardcore noise outfit, who will be kicking off the night in style. 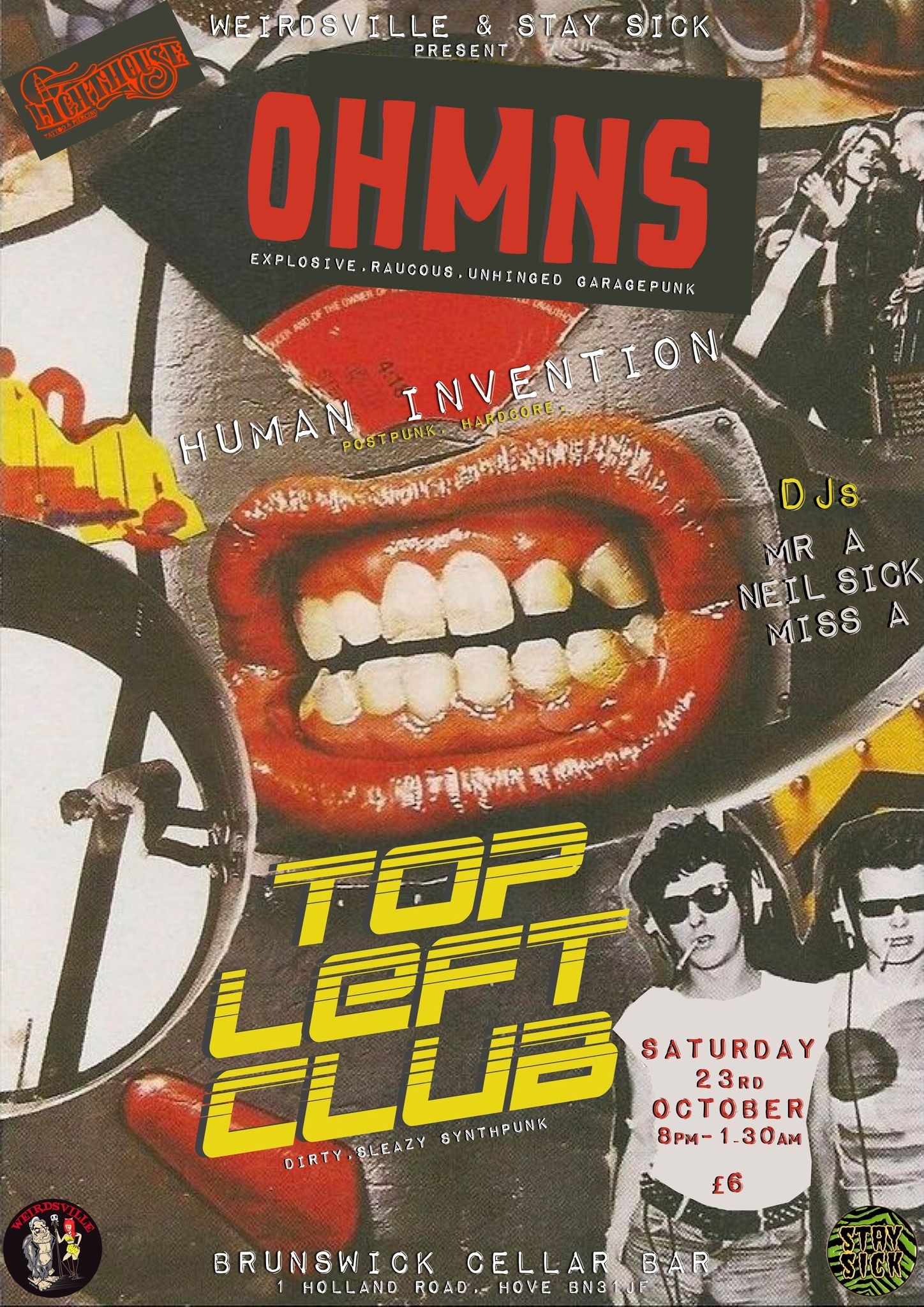