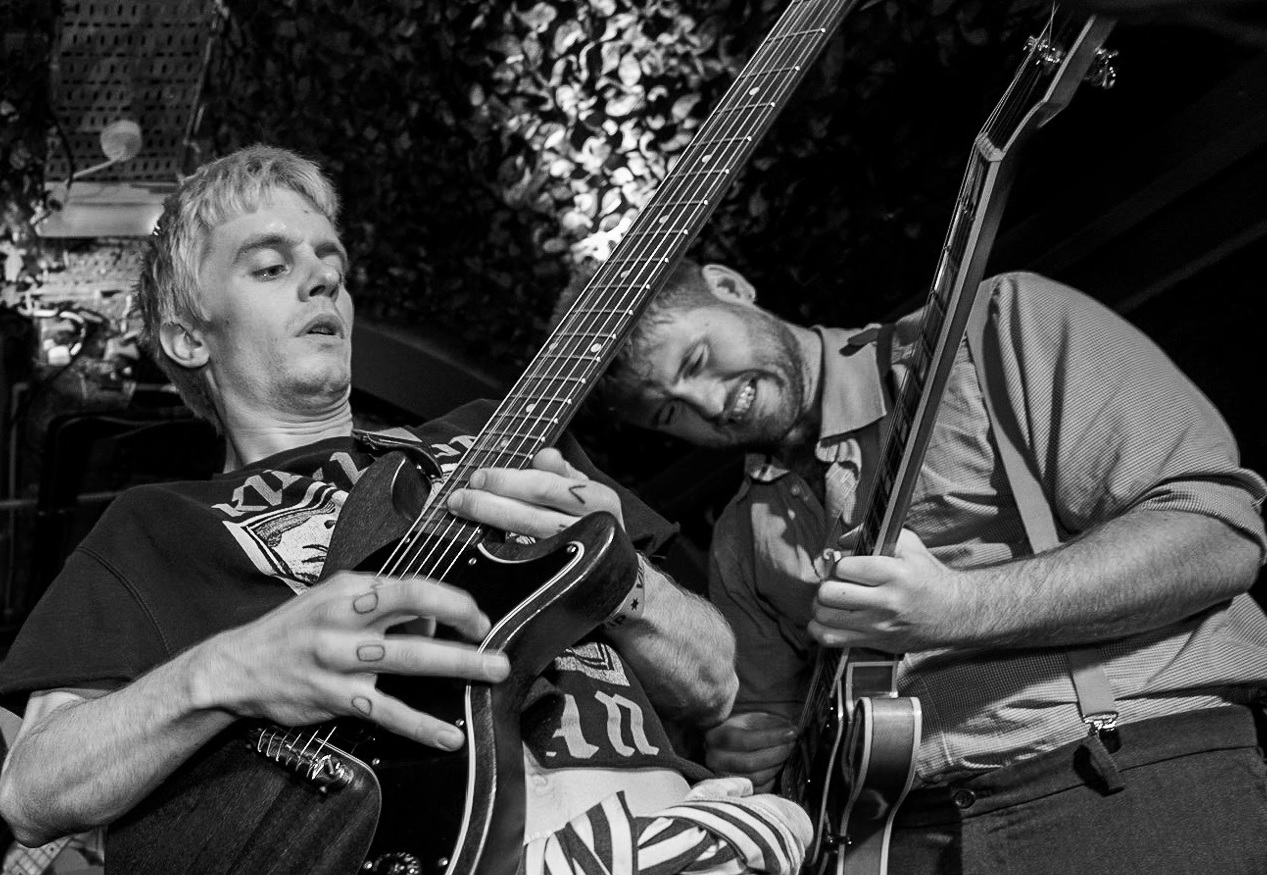 The Brighton & Hove News Music Team were tipped off that The Slaughter House Band will be kicking off their nine date UK tour here in Brighton at the intriguingly named WaterBear venue. This is a new venue name to us and so we simply had to investigate further. It turns out that the venue is located by the water of course! It can be found at Kings Road Arches, 169-170, Brighton, BN1 1NB. The WaterBear is also the official venue for Waterbear College aka WaterBear Education Ltd, Hanover House, 118 Queens Road, Brighton BN1 3XG. 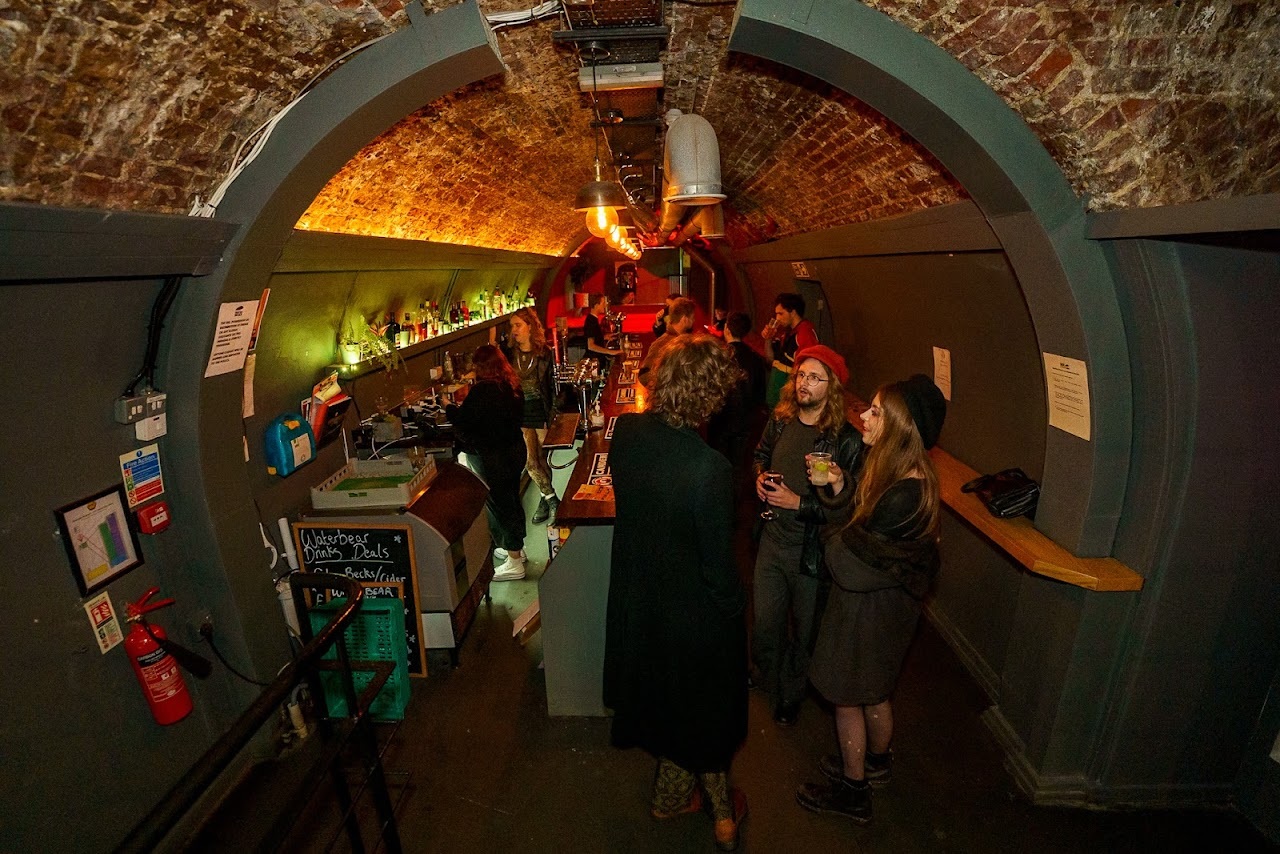 The seafront building was formerly run as ‘Mono’ and ‘Funky Buddha Lounge’ and they were more geared to the clubbing scene than actual concerts. WaterBear swung open its doors a couple of months ago and tonight is our first visit. 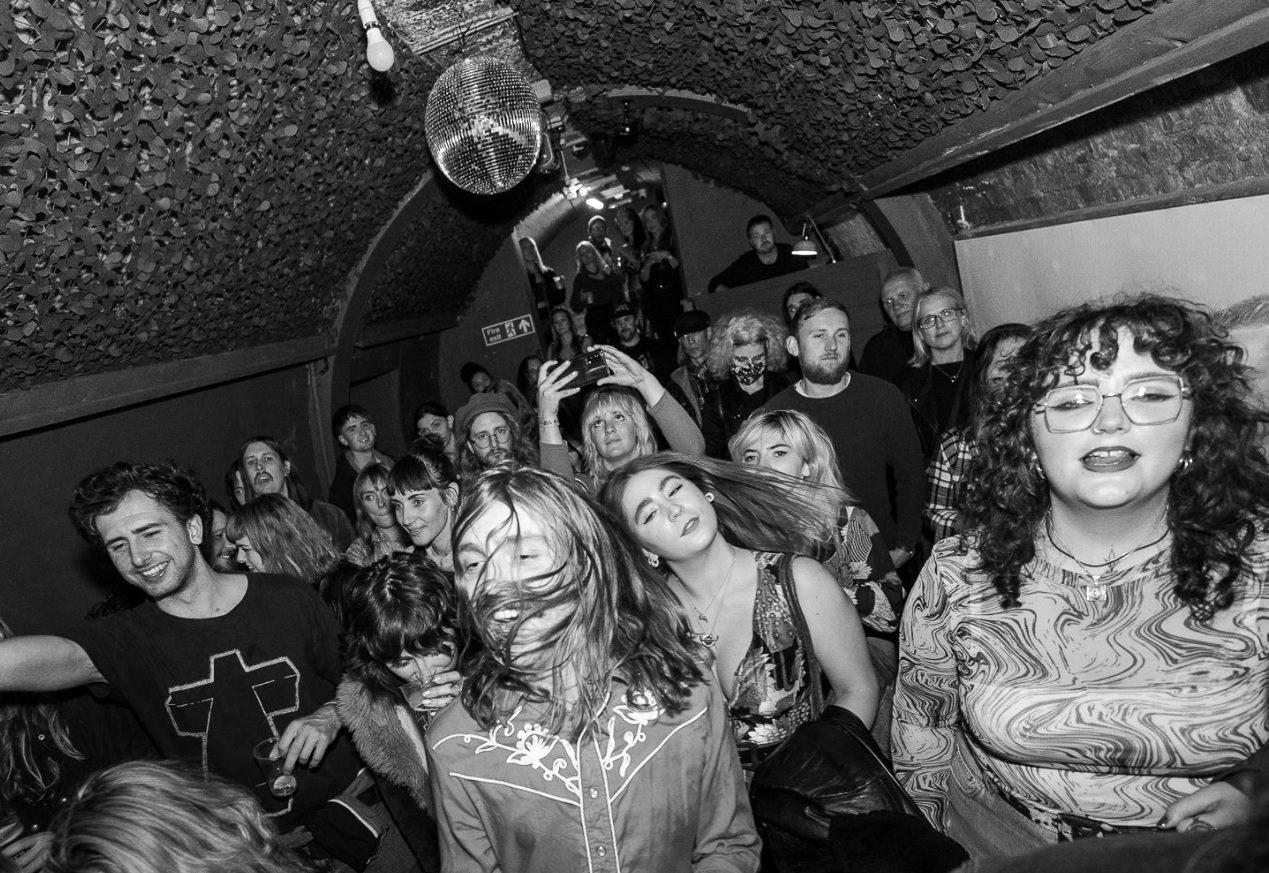 The performance side of the venue taken from the bands perspective on 1.10.21 (pic Cris Watkins Photography/PunkInFocus) (click pic to enlarge!)

The venue is in essence two tunnels, one for the bar and one for the performance area. For those of you that have ever been to the Heaven nightclub in London, then the WaterBear is just like a tiny version of that. If you frequented The Zap Club decades ago in Brighton, then the WaterBear has a familiar vibe but more compact than I remember. The area behind the music performance set has a vibe of a Scandinavian sauna, but is in fact the band’s dressing room. Above us there is camouflage netting across the curved ceiling and a raised area to the rear, that leads off to the toilet facilities. The speakers are wedged into either side of the front of the performance area and give out a loud crisp sound. I like it here! 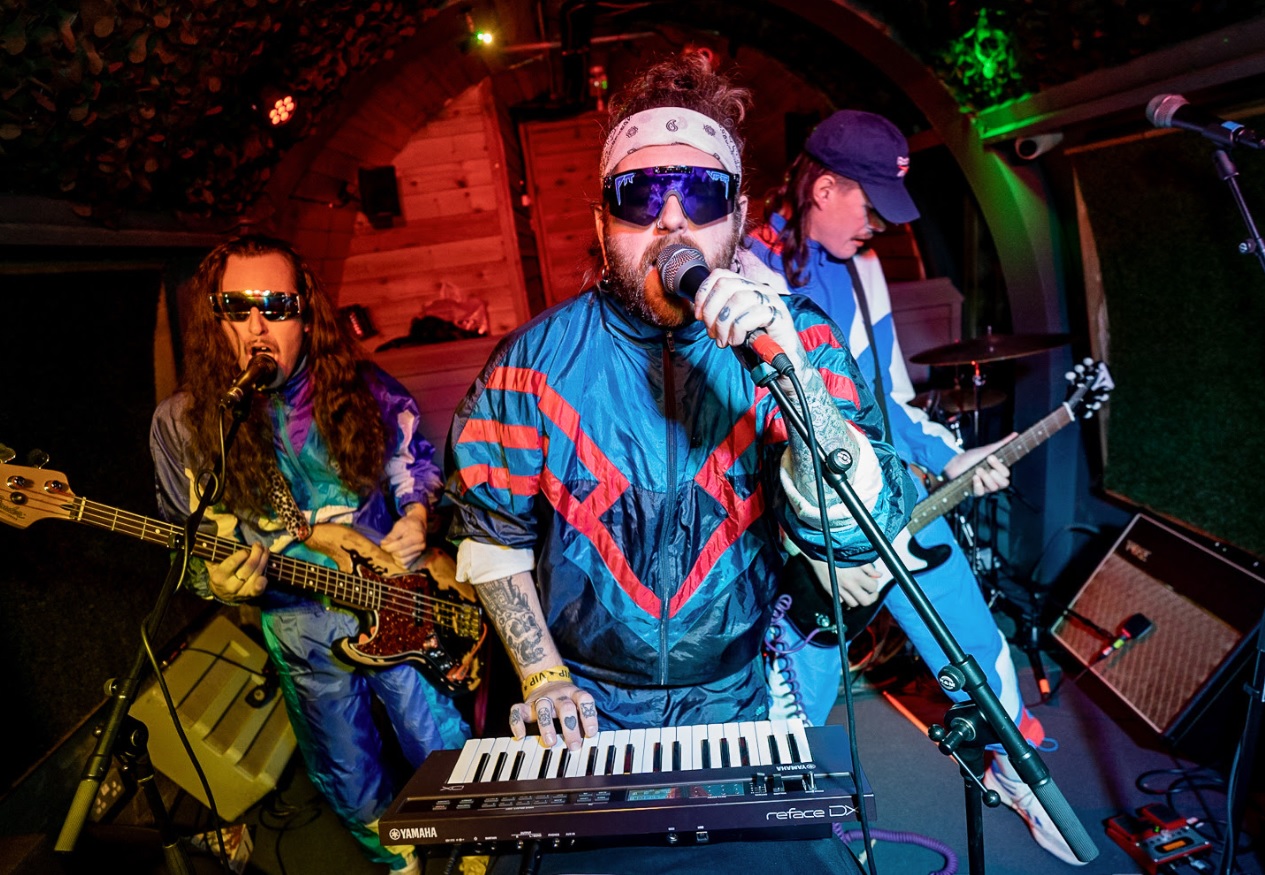 Tonight’s event has been put together by Acid Box Promotions who have also secured the services of the Top Left Club which features both members of SKiNNY MiLK, namely Johnny Hart (bass and vocals) and Tim Cox (drums) as well as MacDaddy (guitar) and Jimi Dymond (YAMAHA Reface DX keys and lead vocals instead of bass), from Young Francis Hi Fi. 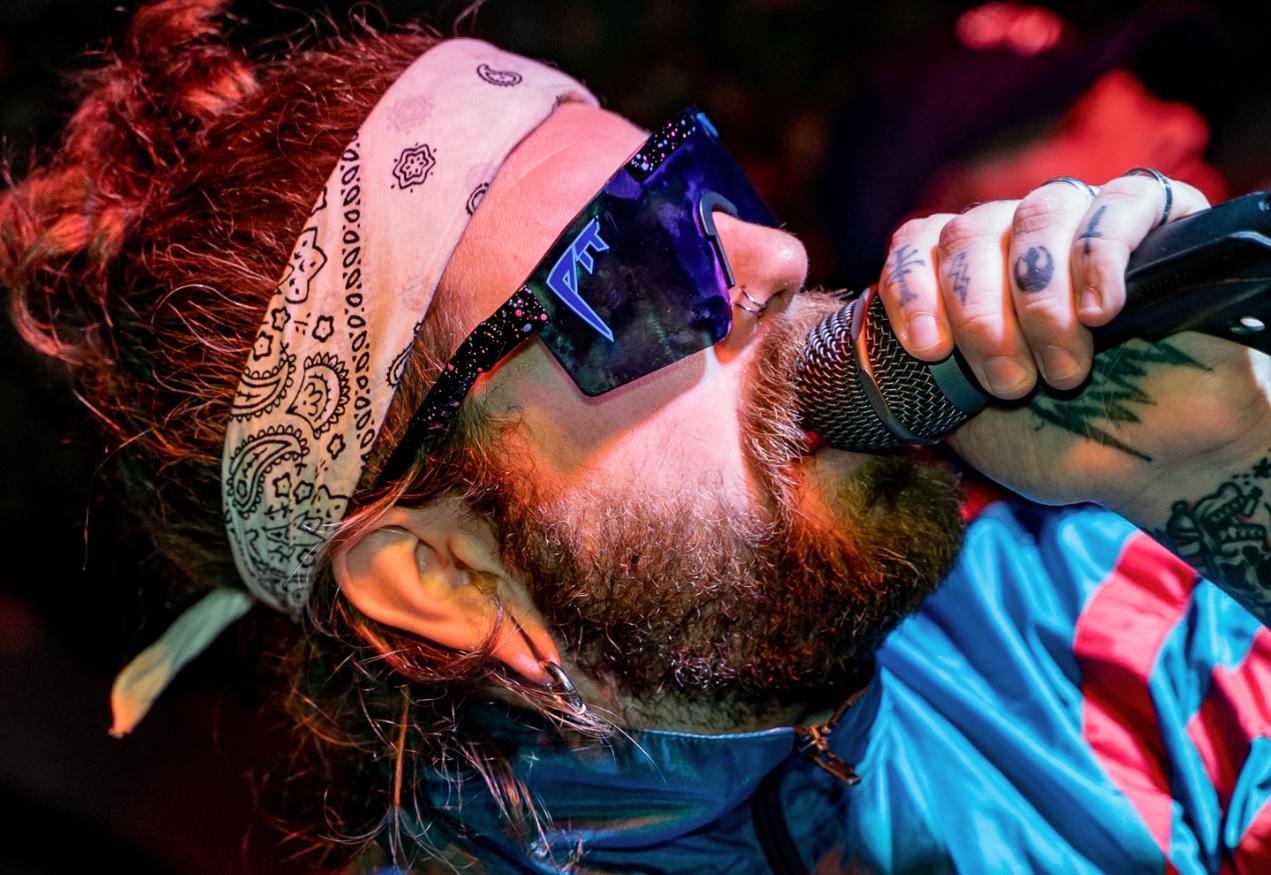 Top Left Club’s first ever live concert took place behind closed doors during lockdown, when the guys performed for the FourFace video cameras at the Concorde 2 back in July. Their three songs will hopefully surface on the FourFace Digital channel real soon. 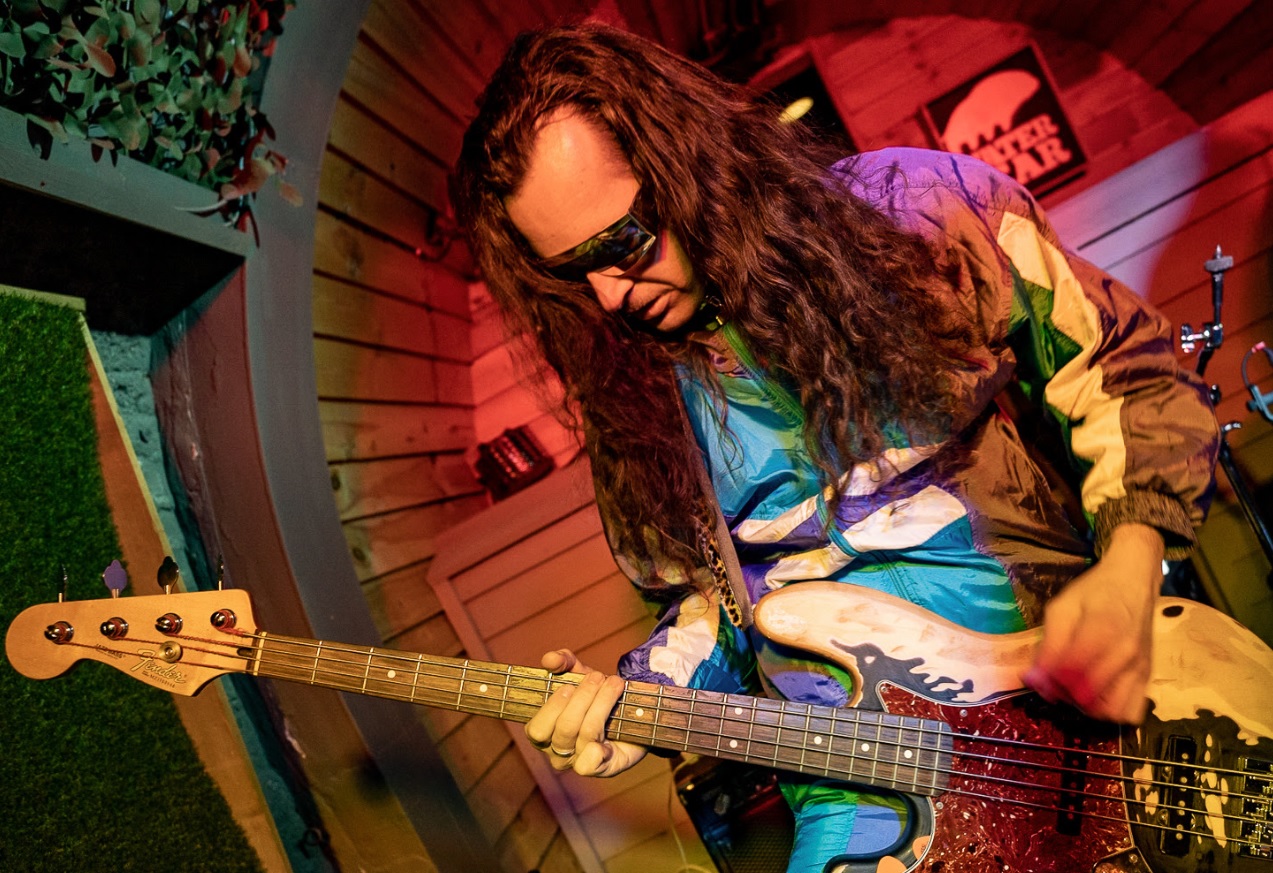 Prior to tonight’s concert I had checked out both bands’ material and was to be honest totally blown away by the Top Left Club’s ‘Shoulders At 90’ album on their Bandcamp page. It was totally awesome! I was so looking forward to seeing these guys play live in order to ascertain whether they can cut the mustard in a live setting. The upshot, they did…..with bells on! 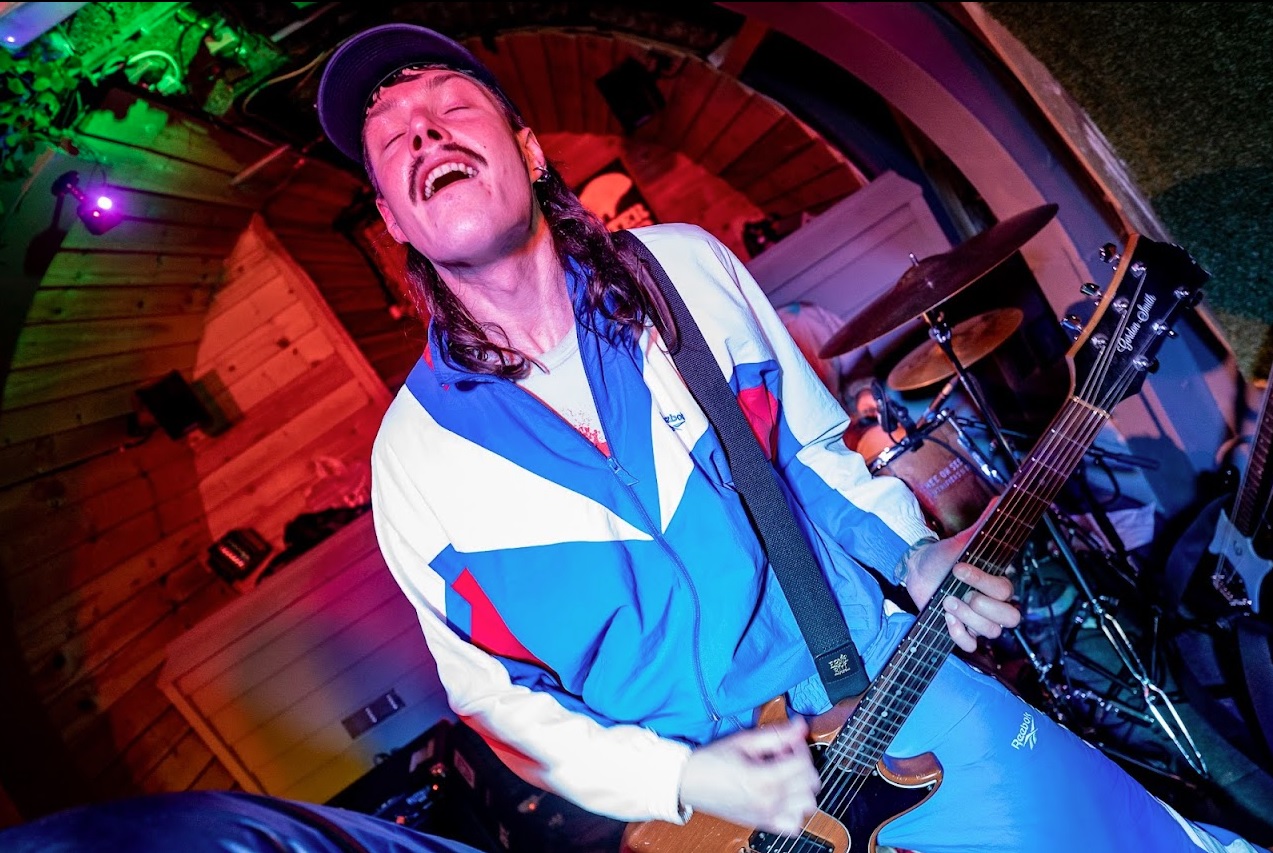 The shell suited quartet took to the stage at 8:31pm and performed a blistering 32 minute set. One thing is certain, there’s nothing Kevin and Perry about this lot. They don’t sound how they look. There’s certainly no boyz in da hood about this performance! Top Left Club are 100% retro punk. They are purveyors of a sound that up until now had only been heard on recorded punk vinyl up until February 1977. They have captured that nostalgic sound to perfection. Of course it might have something to do with their debut album having been written and recorded in Johnny’s living room in only 8 weeks with no leaks. Johnny told me his dog can be heard on the disc, but I can’t hear it.

The Top Left Club’s fifteen song set for us tonight, initially began with a few tunes running into one another and the lads adopting a capital ‘T’ shape pose. Maybe this is something to do with the album’s title ‘Shoulders At 90’, as in at 90 degrees? 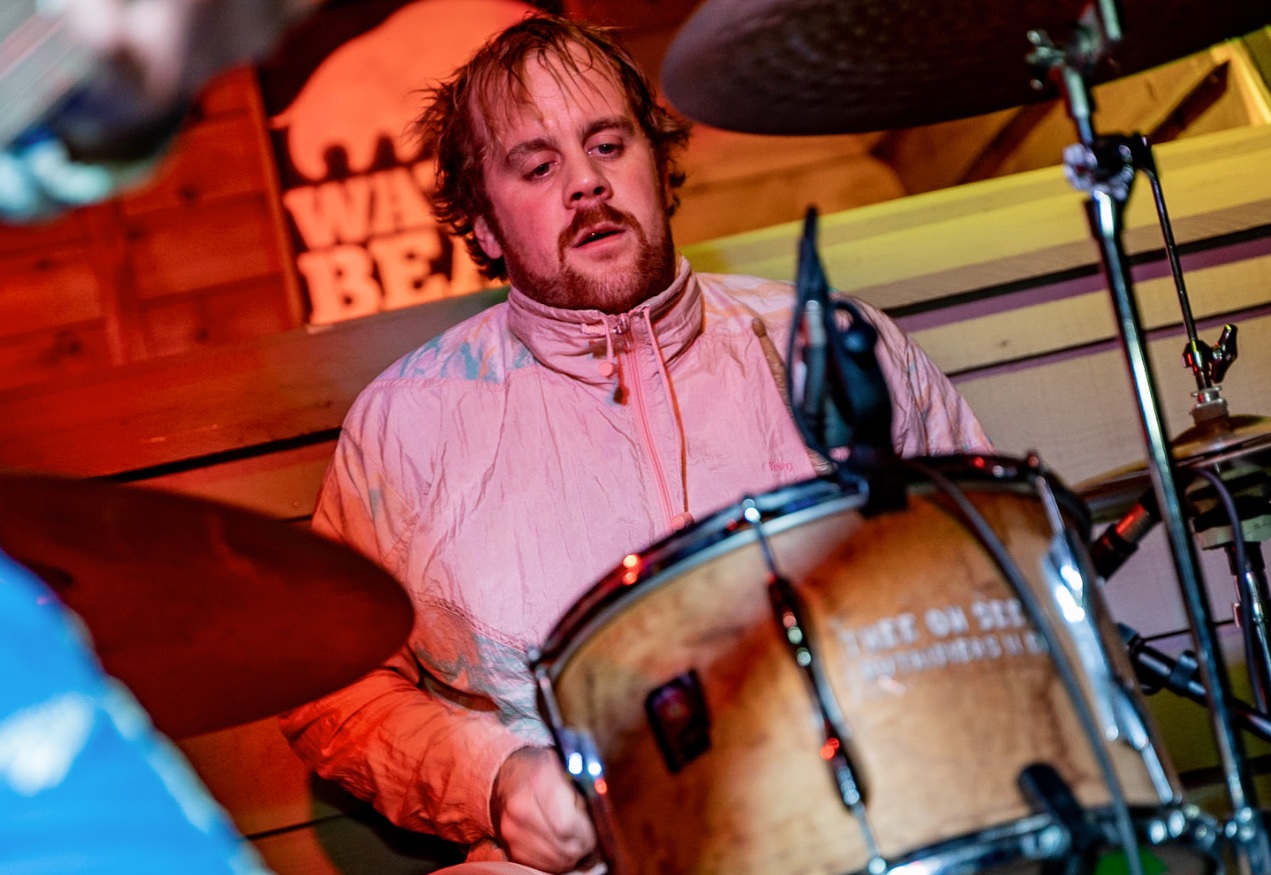 We were joyous receivers of ten of the eleven tracks from their album, with only ‘Rollin’’ being omitted and the remaining half dozen tracks will surface on their follow up platter in due course. Every one of their fifteen tunes was a corker! If push came to shove and I really had to flag up their standout tracks, then I would opt for ‘No Control’ and ‘Frown’.

Their ‘sound’ seriously reminds me of The Heartbreakers, early Damned, a heavier version of The Clash, Stiff Little Fingers and The Stranglers, as well as the vibe of the Rezillos mixed with the New York Dolls. Their final number ‘Demons’ also has a nod to The Stooges. There’s the Ramones in there too. I mean Christ was is there not to like with these guys? I have just found my new favourite local punk band!

Do yourself a favour and check out their album HERE. 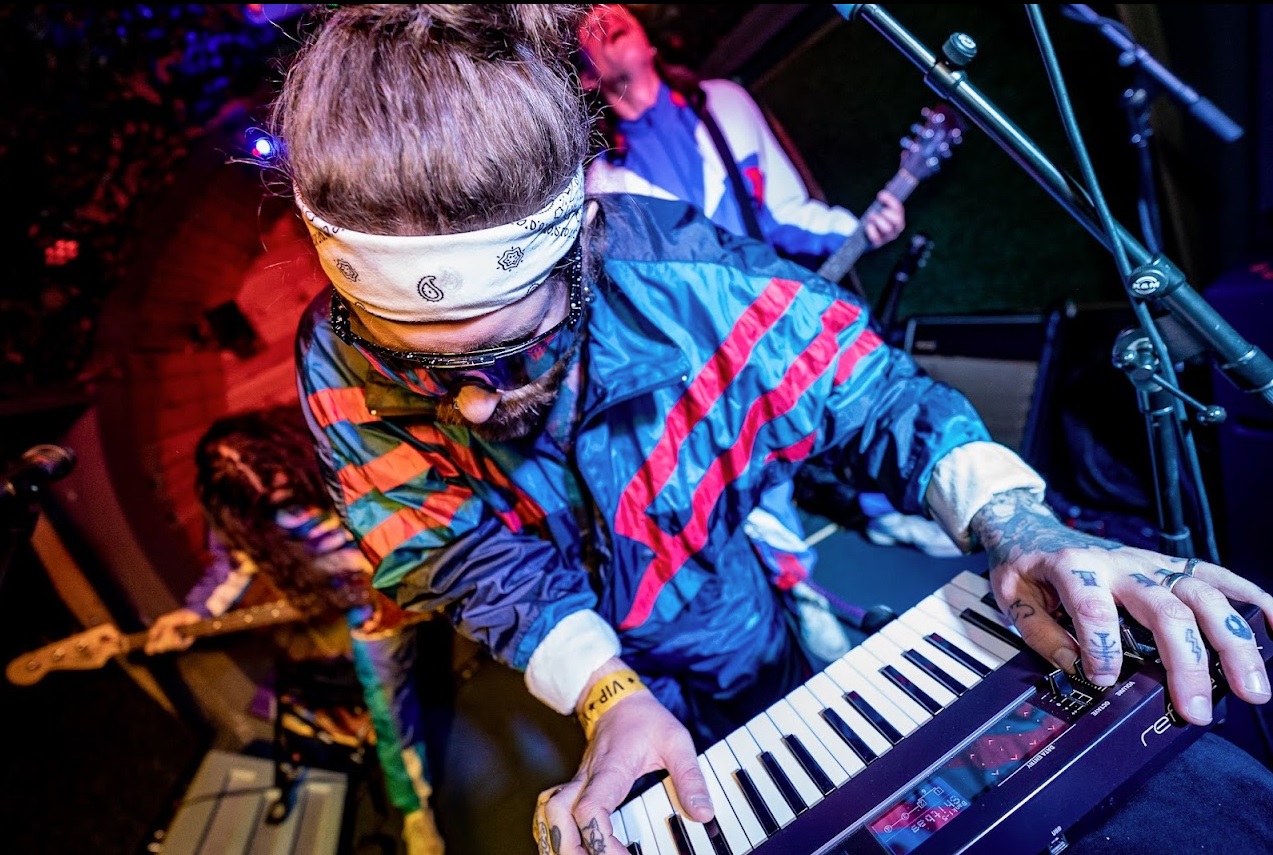 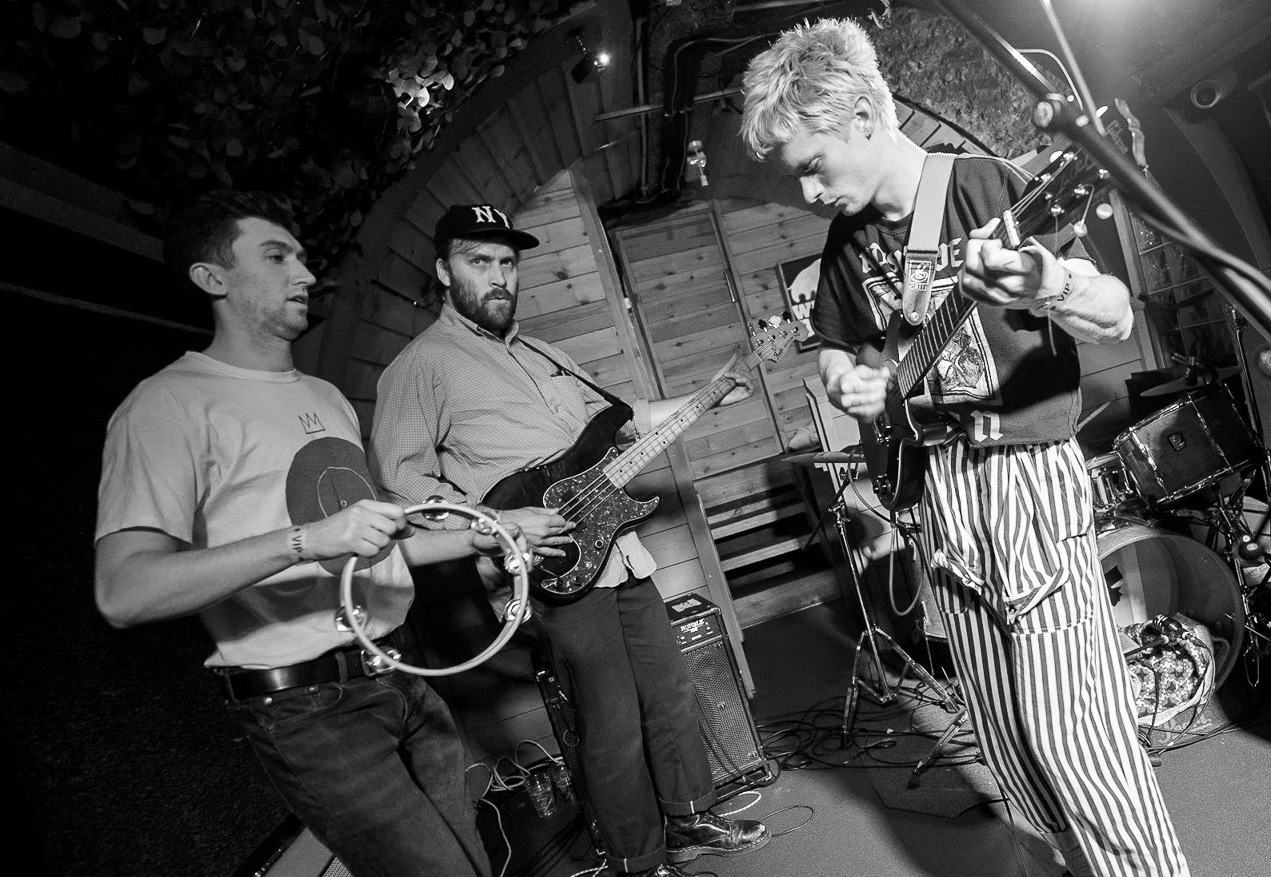 The Slaughter House Band are touring to promote their debut single ‘I Hate TV’, which they have released on 7 inch high quality 40 gram black vinyl with B-side ‘Green Bean Bubble’. The tracks can also be found on Spotify.

The Slaughter House Band took to the stage in front of a packed audience at 9:23pm, which was 20 minutes after Top Left Club had finished dazzling me, and they performed a nine tune set that concluded at the respectable time of 10:05pm. 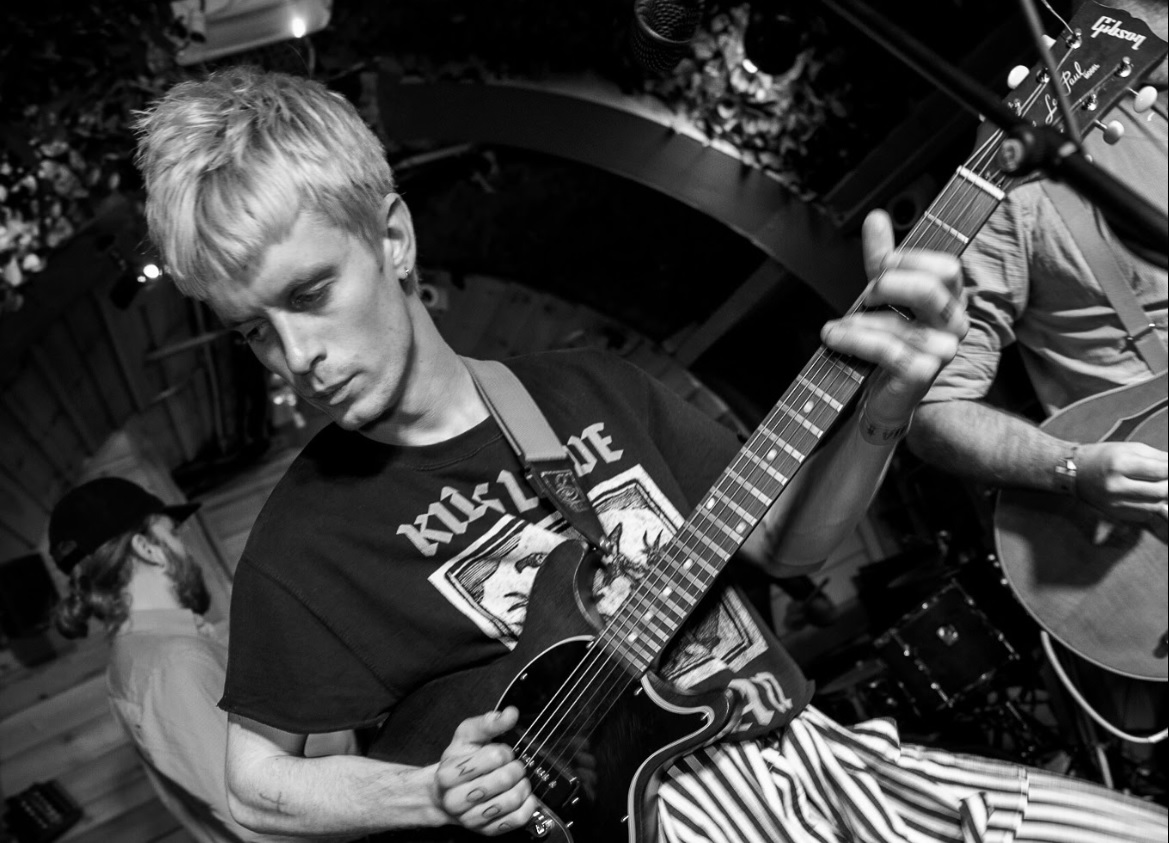 The band are an all male quintet that features none other than former Varndean College lad Ellis Dickson from Strange Cages and of ELLiS⋆D fame on drums. The other band members are on lead vocals and guitar, with a second guitar, bass and tambourine. 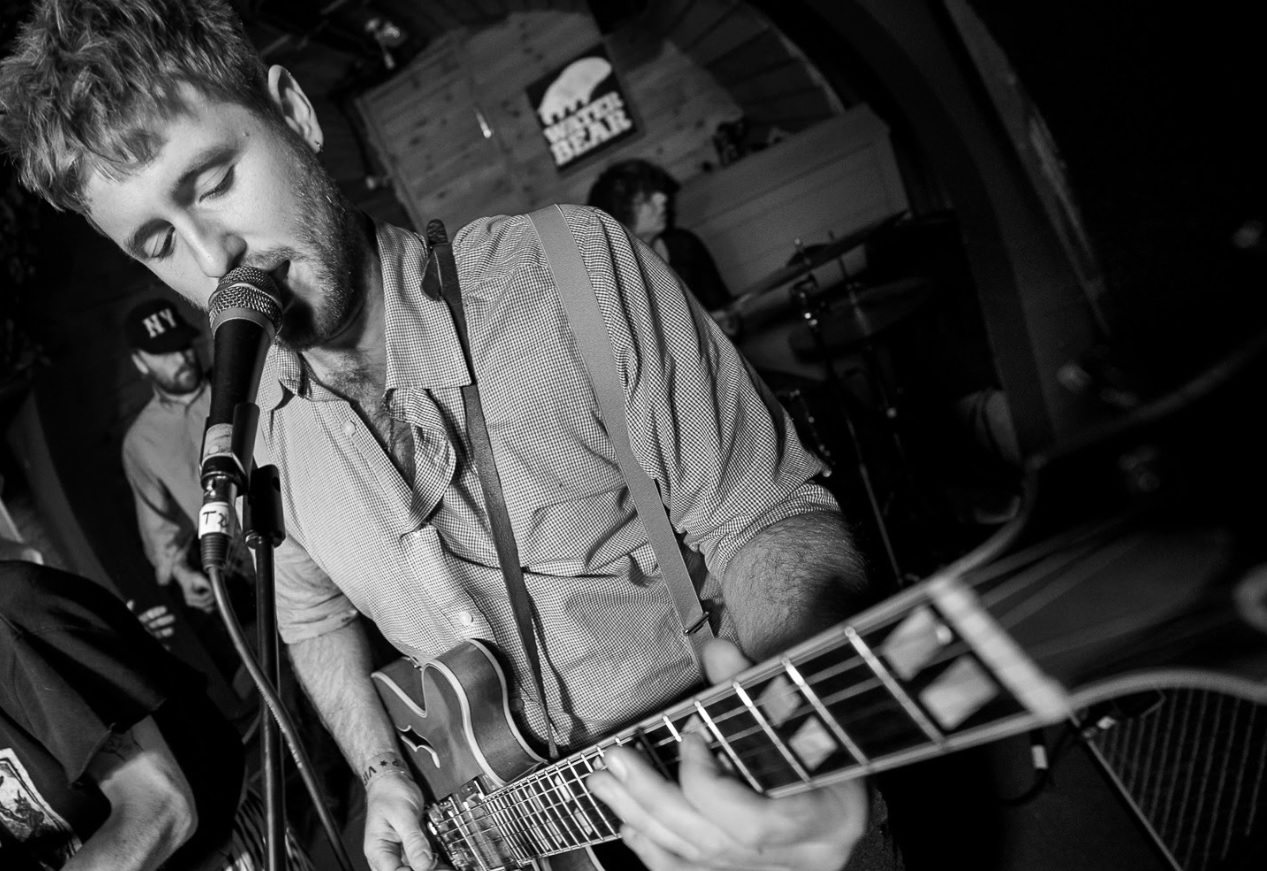 This is day one of their nine date tour that also takes in Glasgow, Edinburgh, Northwich, Manchester, Southampton, Worcester, Portsmouth and London. I’m pretty sure that they will be getting new fans at each of these venues. Tonight the WaterBear crowd loved them. They are a tight unit with very strong vocals. Vocals that are deep and in the same parish as Tom Waits and Iggy Pop, but then straying into David Bowie territory. They most certainly have the potential to break through, although for me personally, they were not as enjoyable as Top Left Club. 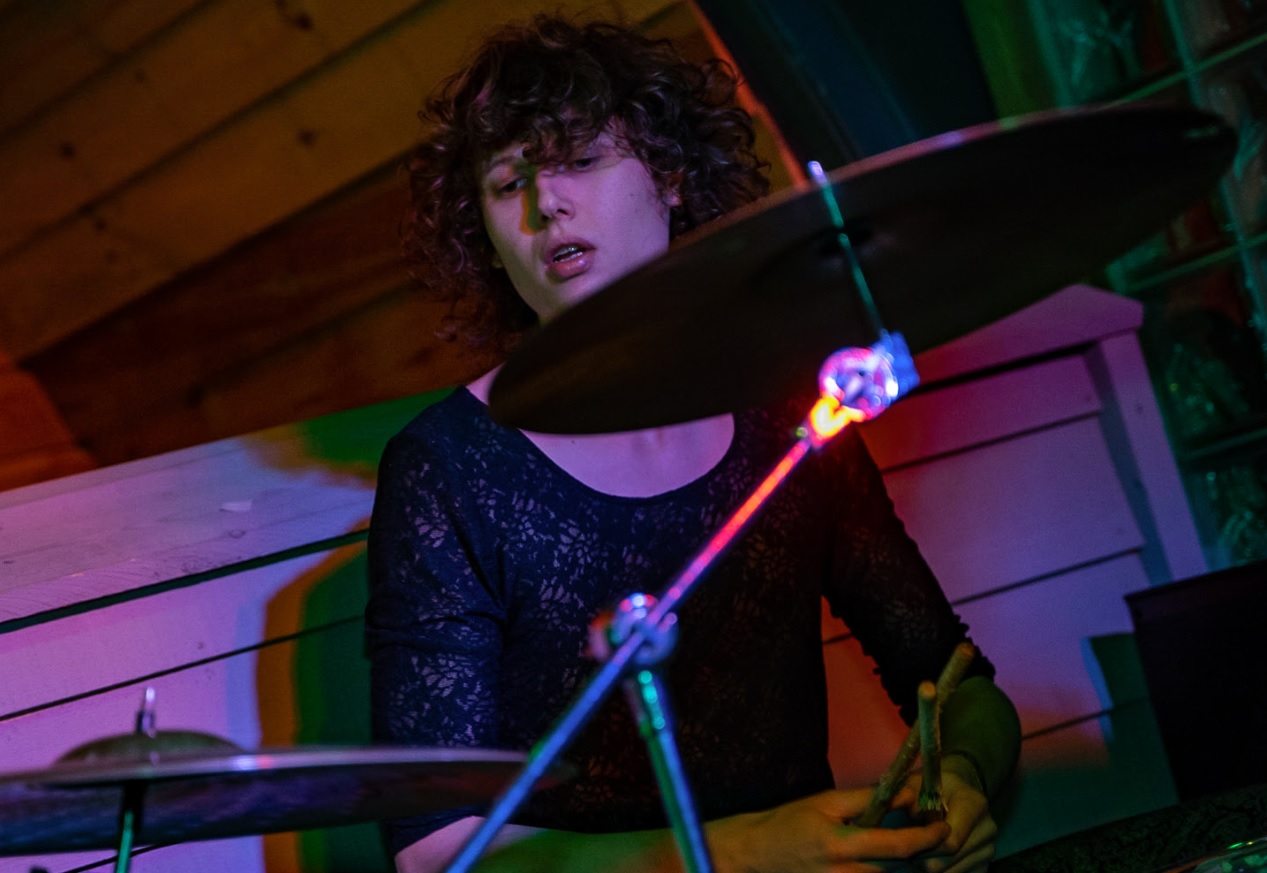 Their second song of the evening was their debut single ‘I Hate TV’, which started slowly and then builds nicely and reminded me of the Arctic Monkeys with deep R’n’B. At times, I could hear Bowie nods in their instrumentation as well. 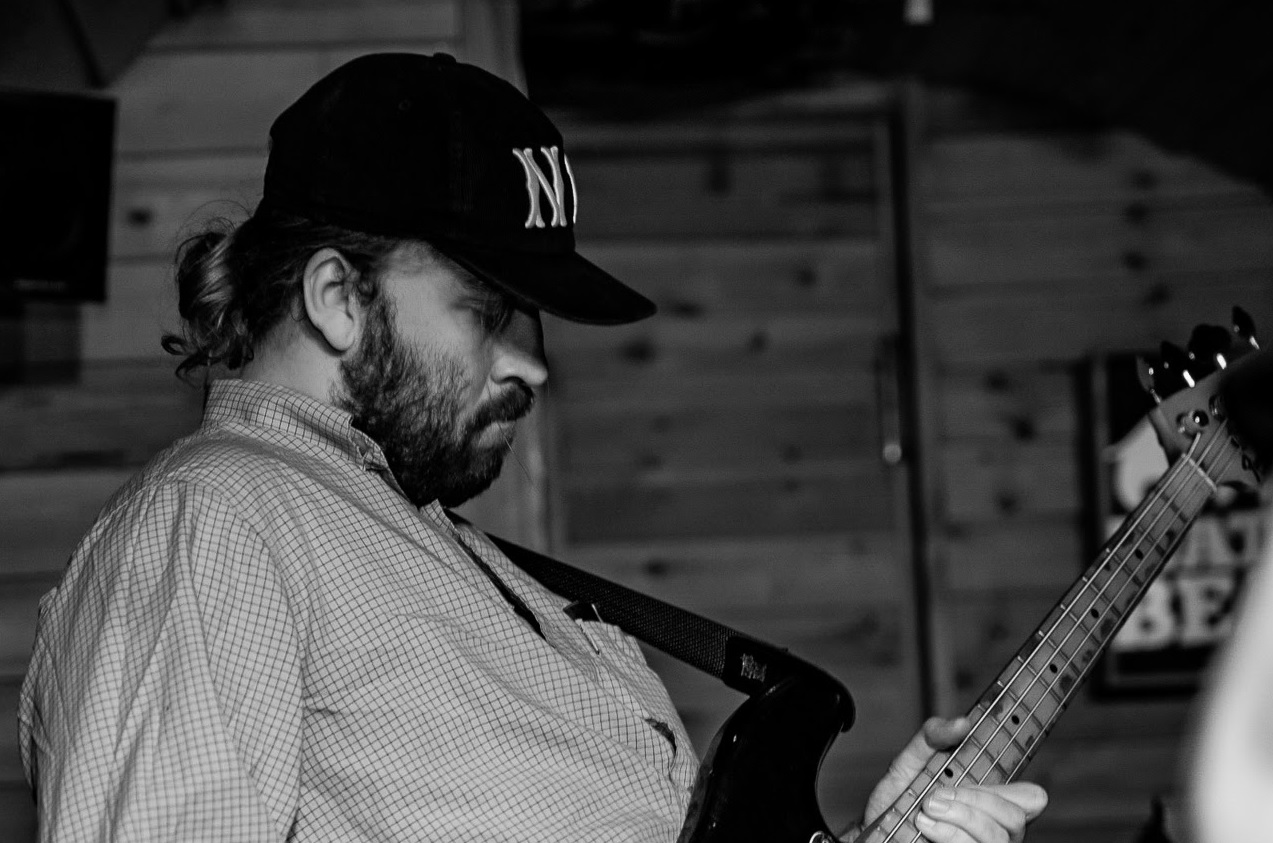 Their penultimate number ‘Some Men’ was written about Donald Trump and the track swings along very nicely thank you, and with quite possibly their best of the night for me. It started like ‘The Last Time’ by The Rolling Stones and then went on like ‘(I’m Not Your) Steppin’ Stone’ by The Monkees and the Sex Pistols. The vocalist broke a guitar string during the number, which added to the excitement. Their final number ‘Green Bean Bubble’ sounded a little like ‘I’m Waiting For The Man’ by The Velvet Underground and Nico and I must flag up Ellis’s excellent drumming during this number. 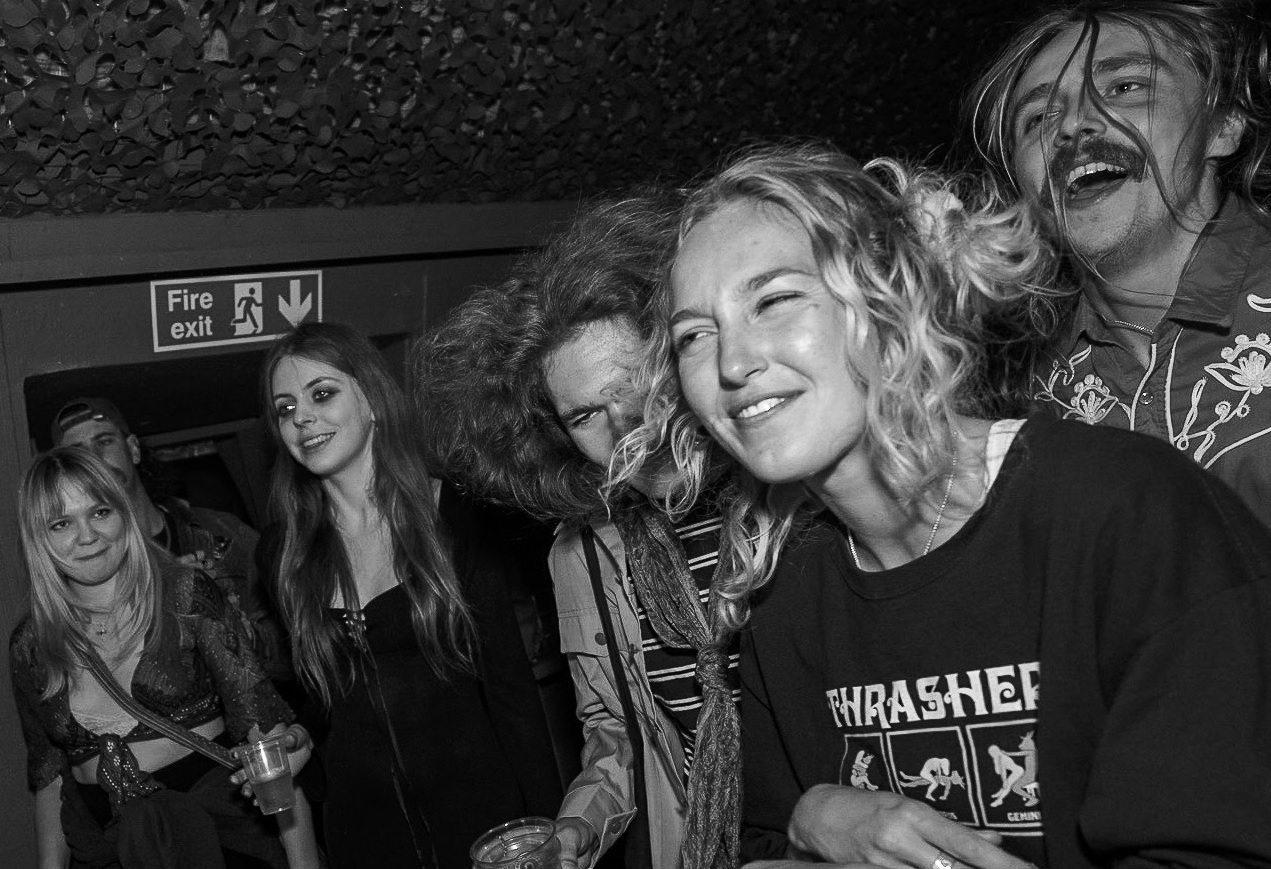 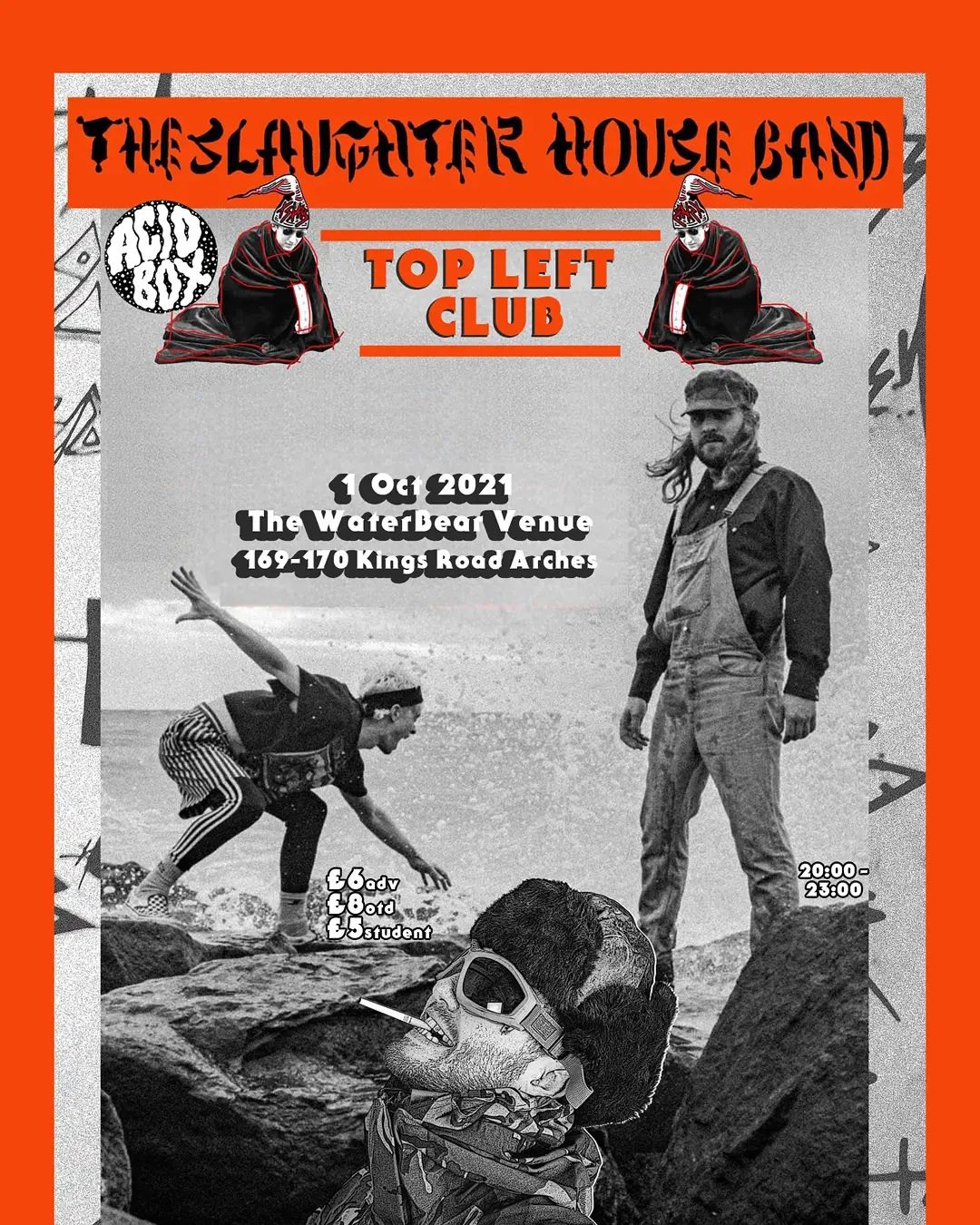 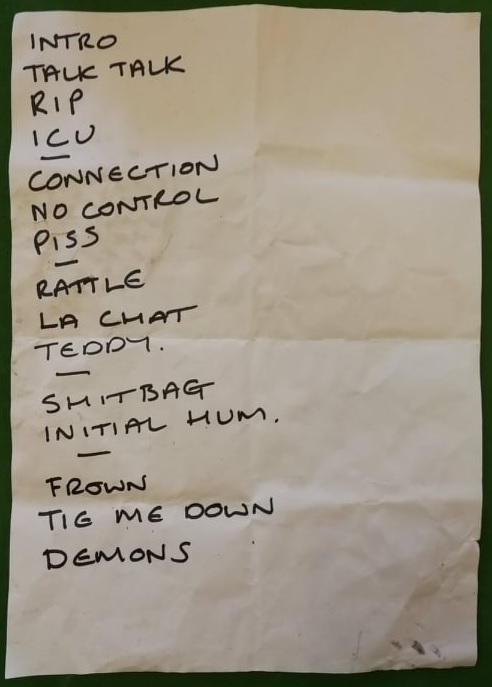 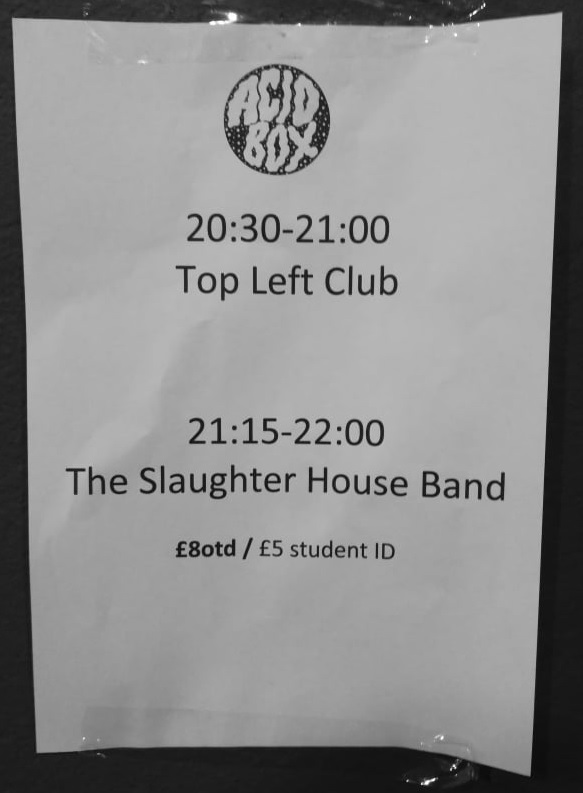