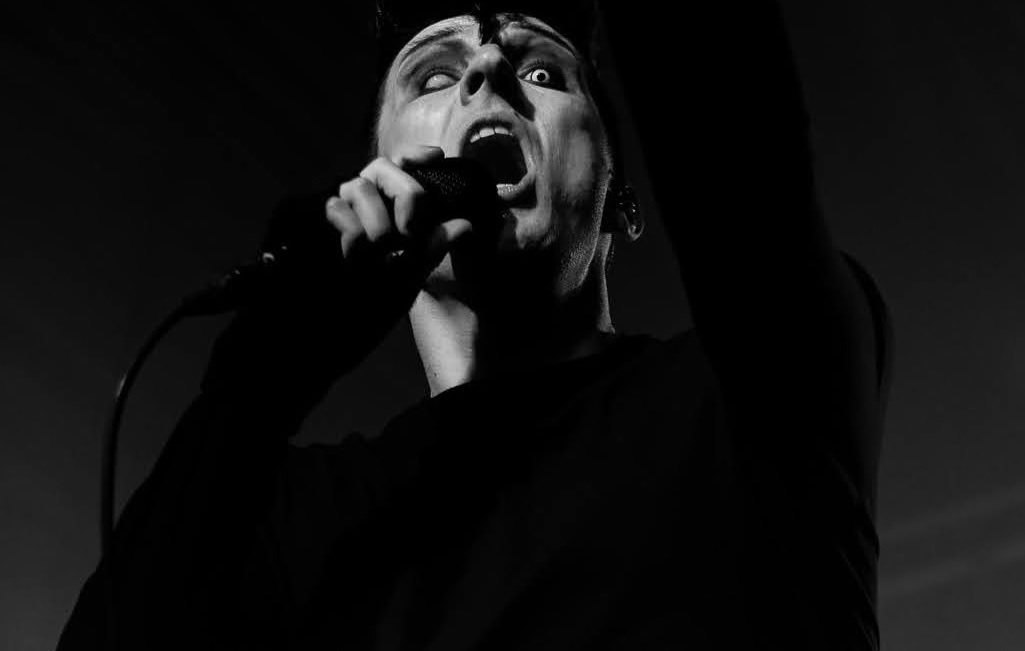 Formed in Southampton, Creeper have come on quite a journey over the past few years and have graced the stage at all the major festivals, including killer performances at Download and the Reading and Leeds festivals, to name just a few, not forgetting a headline act at this year’s Download Pilot in front of 10,000 lucky punters. 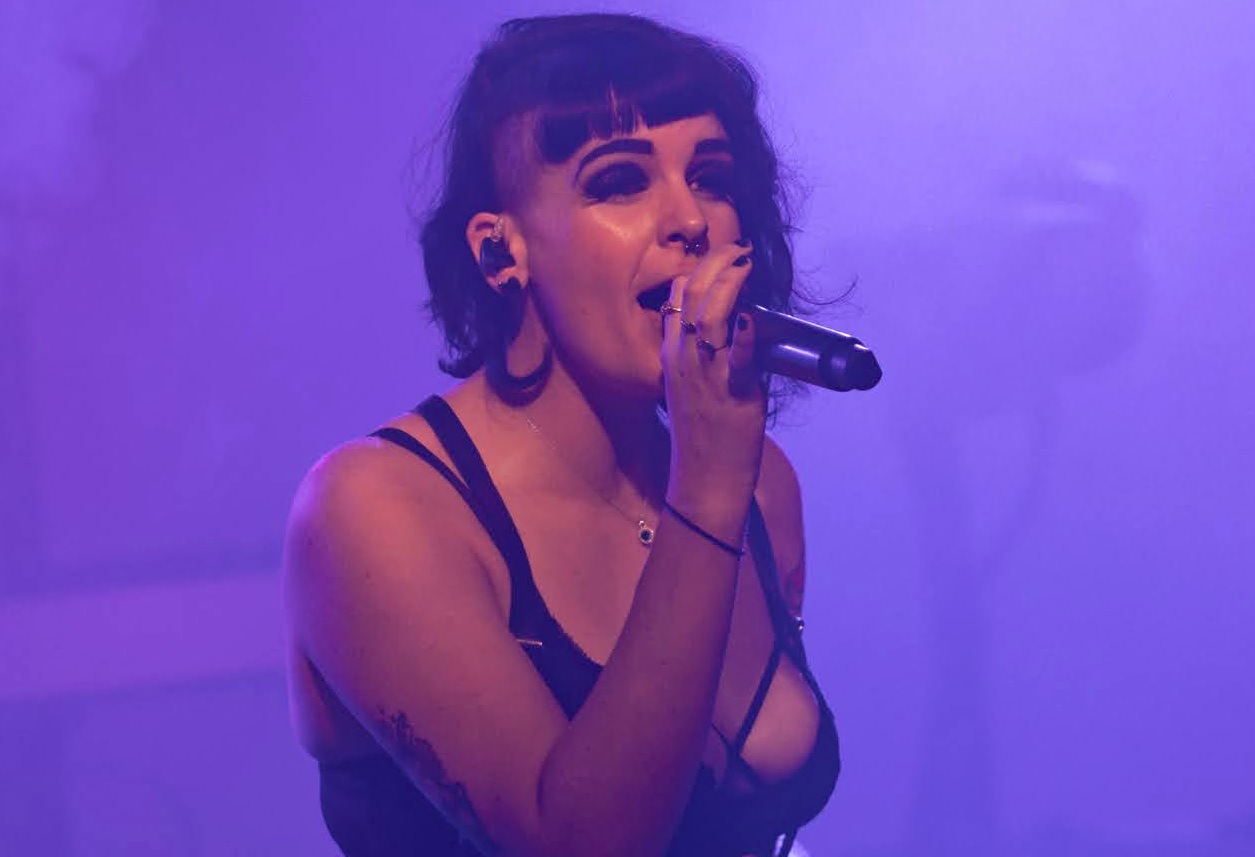 They played what many thought was their final show at Camden’s Koko in November 2018, with Will Gould declaring they’d never play another show, which left many fans distraught and in tears. They disappeared, not just from the scene, but the media too, with all socials going quiet, which left us to speculate what happened. We should have feared not as Creeper took the time out of the spotlight to reinvent themselves with a new look and sound and re-emerged a year later, just in time for a global pandemic to scupper the album release tour. 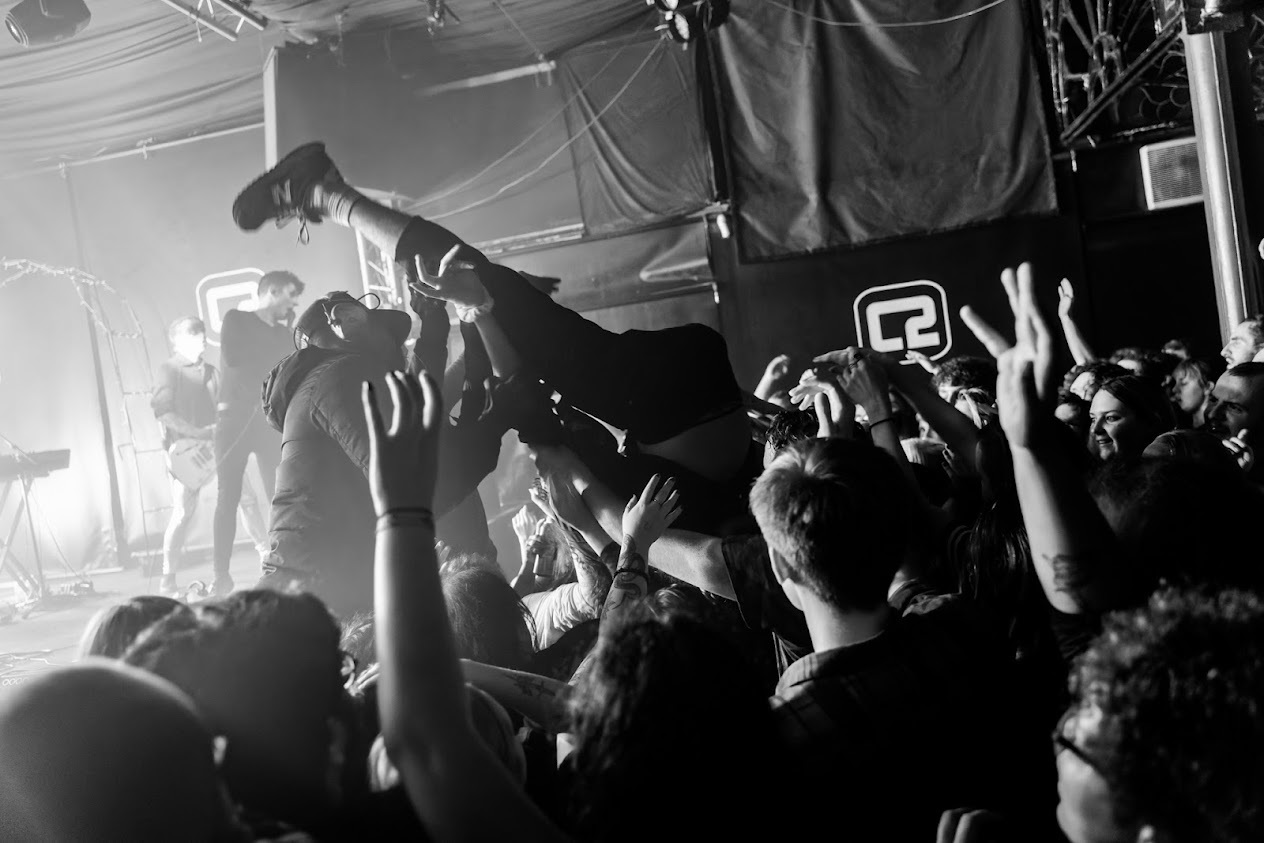 Tonight’s show was initially slated for August 2020 to coincide with the release of Creeper’s second album ‘Sex, Death And The Infinite Void’ which was unleashed to excellent reviews back on the 31st of July. This show kept getting put back like so many others due to the onset of the pandemic. 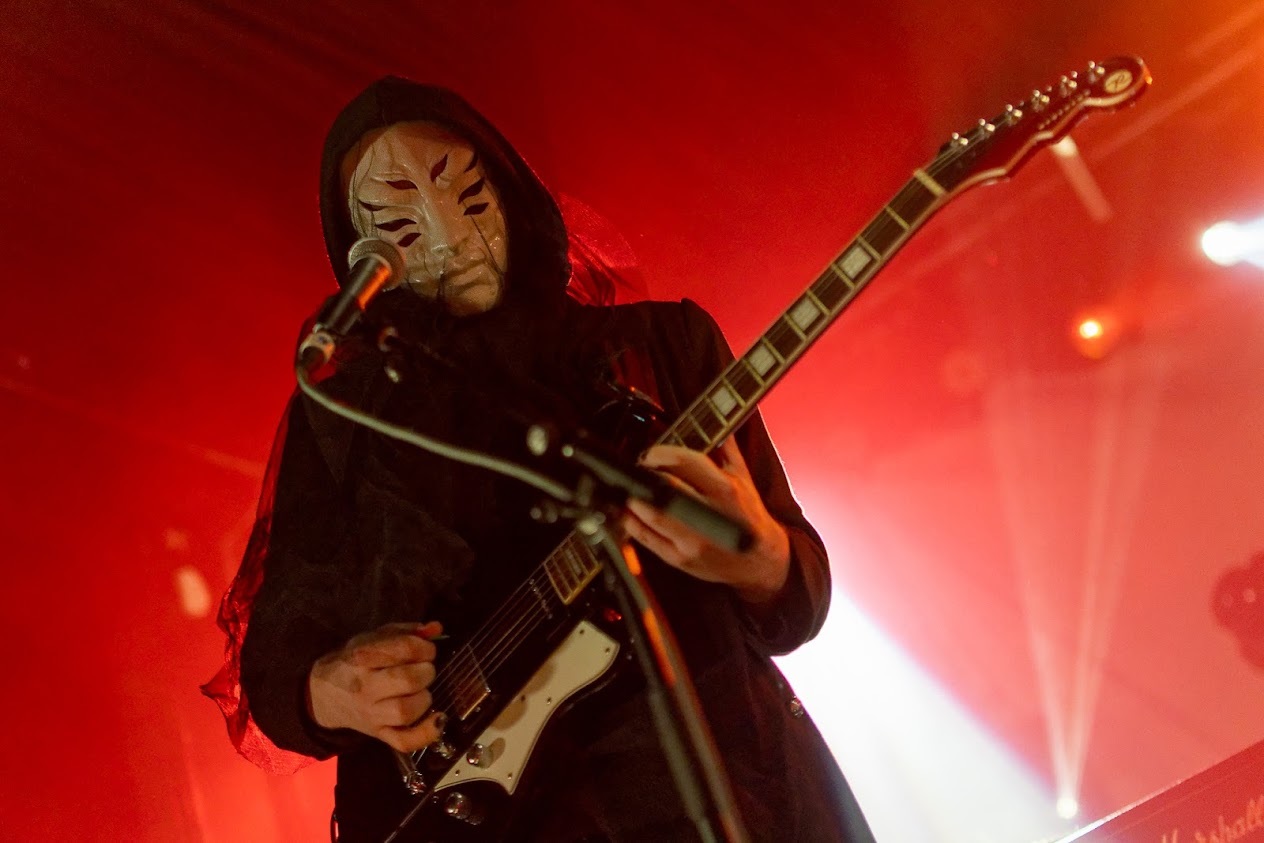 Roll on 16 months and day two of the Creeper tour has arrived finally at Brighton’s Concorde 2, and they’ve not come alone bringing not one, but three support acts, and the first to carve up the stage at the early slot of 6.45 pm is Leeds post-hardcore come metalcore, Static Dress. The songs are fast and furious, with some softer melodic moments and impressive vocals courtesy of Olli Appleyard and his fantastic set of pipes. One song quickly blurs into the next, and they fail to grab me tonight, but I’m definitely in the minority as they have a solid following here. I can’t fault their explosive energy and delivery, especially opener ‘Safeword’ and the highlight of the set for me, ‘Sober Exit(s)’. 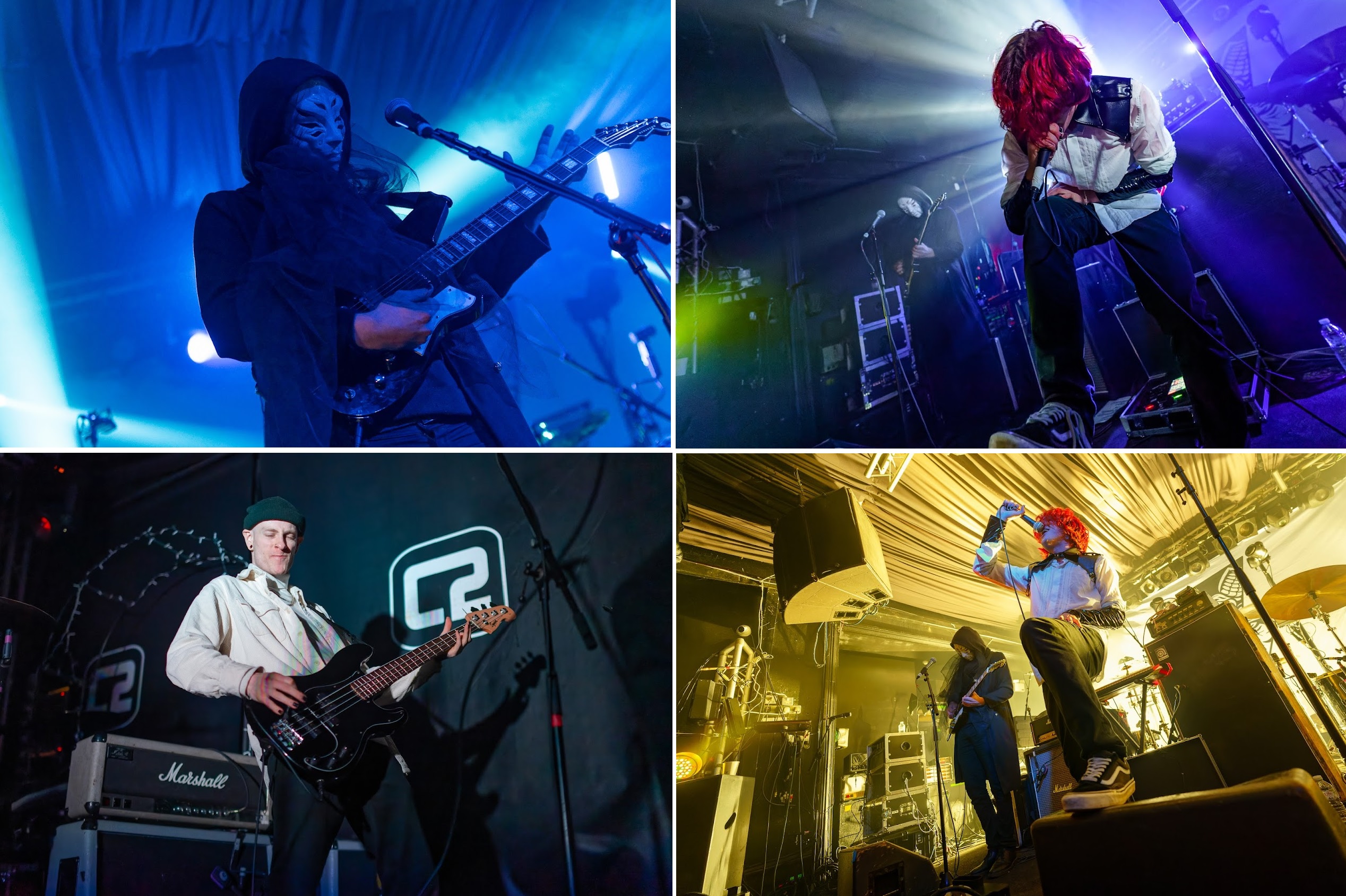 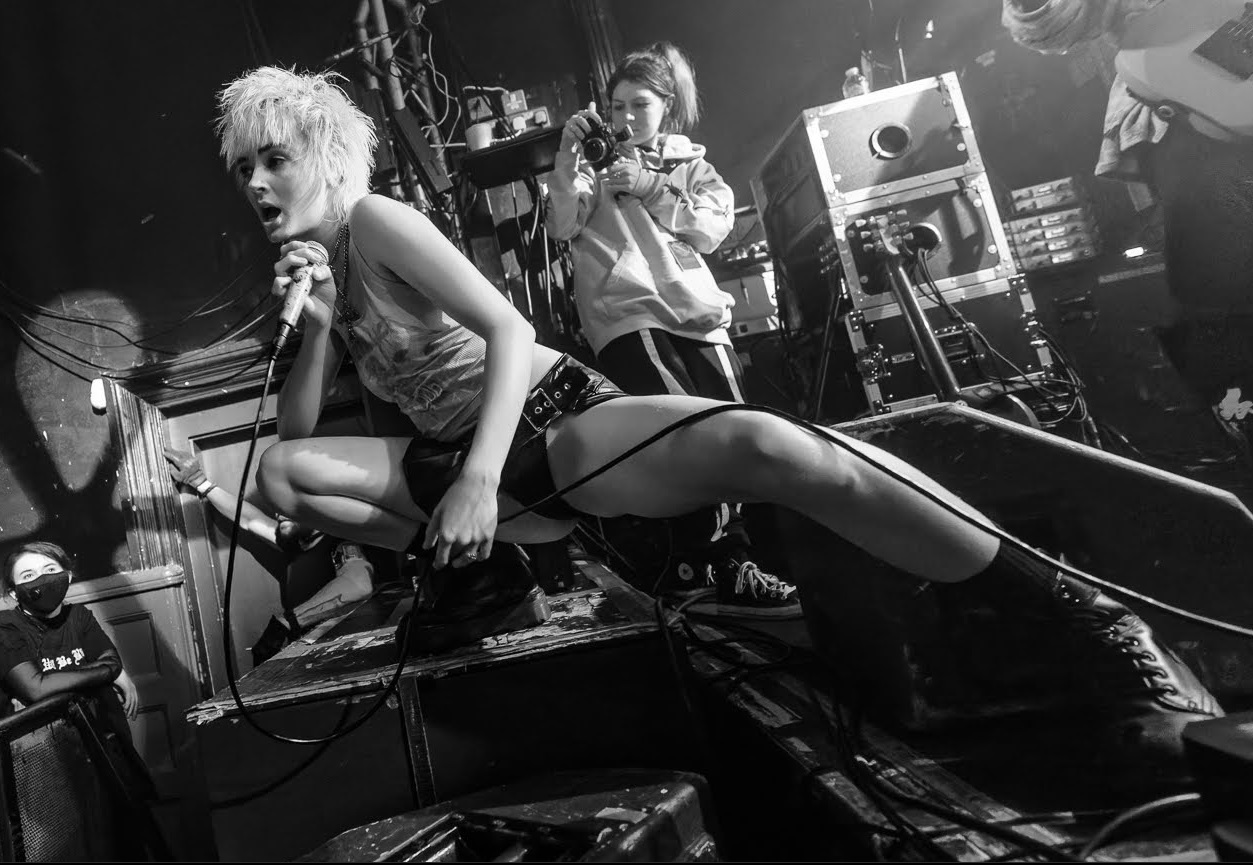 Fast-rising nu-metal duo Wargasm – Milkie Way and Sam Matlock (son of ex pistol legend Glen Matlock) seem to come out of nowhere and are the band that appears to be on everyone’s lips this year. With explosive shows at both Reading and Leeds festivals, a domineering performance at Download Pilot and topping it all off with a sold-out debut tour of the UK. They’re not top of the bill tonight, but that doesn’t stop them from acting like it and delivering a mind-bending set of electro-punk hi-energy numbers that get this crowd bouncing like it’s the end of days. Favourites of the set are new number ‘Drilldo’, ‘Lapdance’ and set closer ‘Spit’, with Sam Matlock joining the fans for some crowd surfing fun. 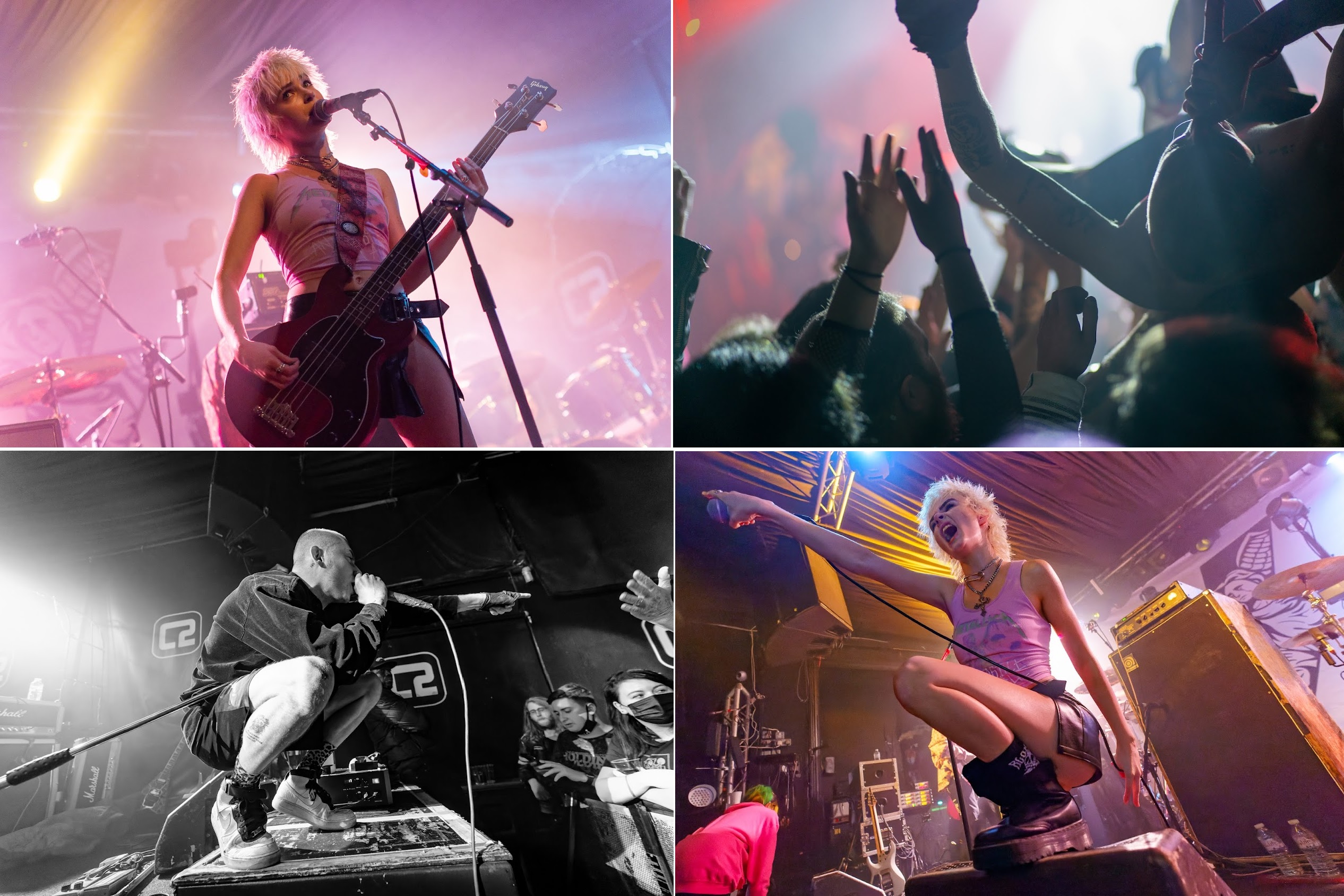 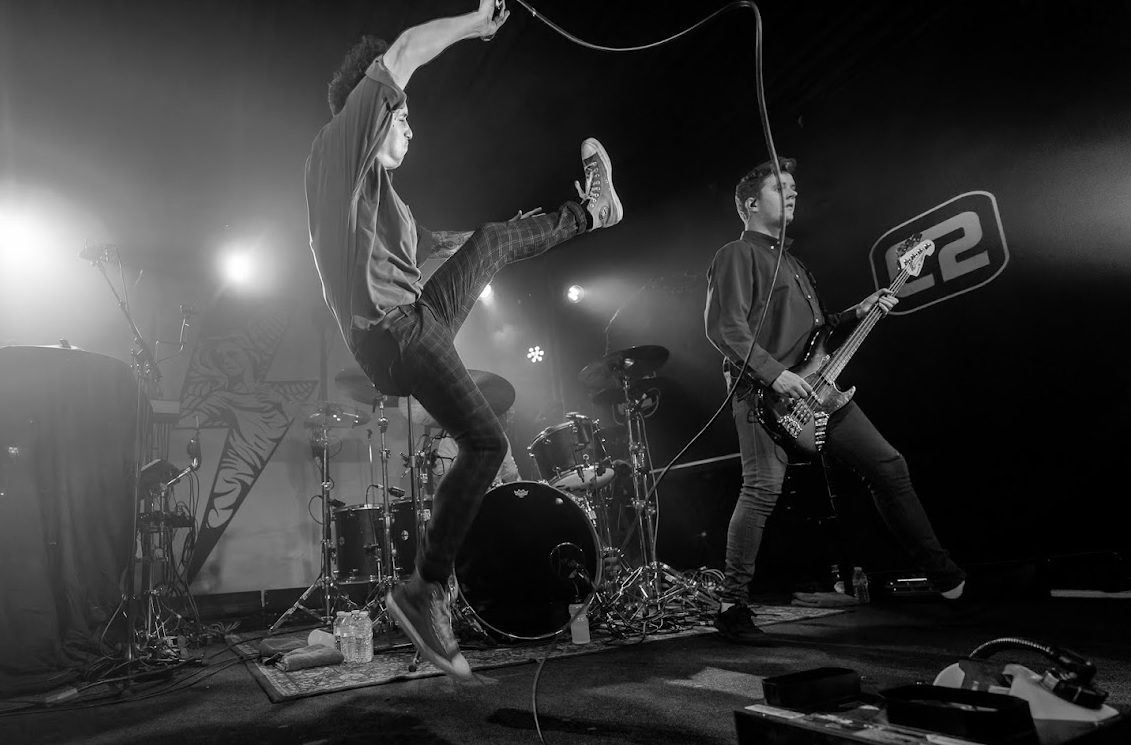 Not even a moment to catch your breath, Holding Absence takes command of the stage and electrifies the audience with stunning live renditions of ‘Celebration Song’, ‘Beyond Belief’, and a storming run-through of ‘Afterlife’. Frontman Lucas Woodland keeps the crowd firmly in his grip and does not let go to the final throes of closer ‘Wilt’. If you are a fan of melodic post-hardcore, check this band out. They’ve previously played shows at the now-departed Sticky Mike’s Frog Bar, and the Green Door Store and I, for one, can’t wait for their return to Brighton. Impressive. 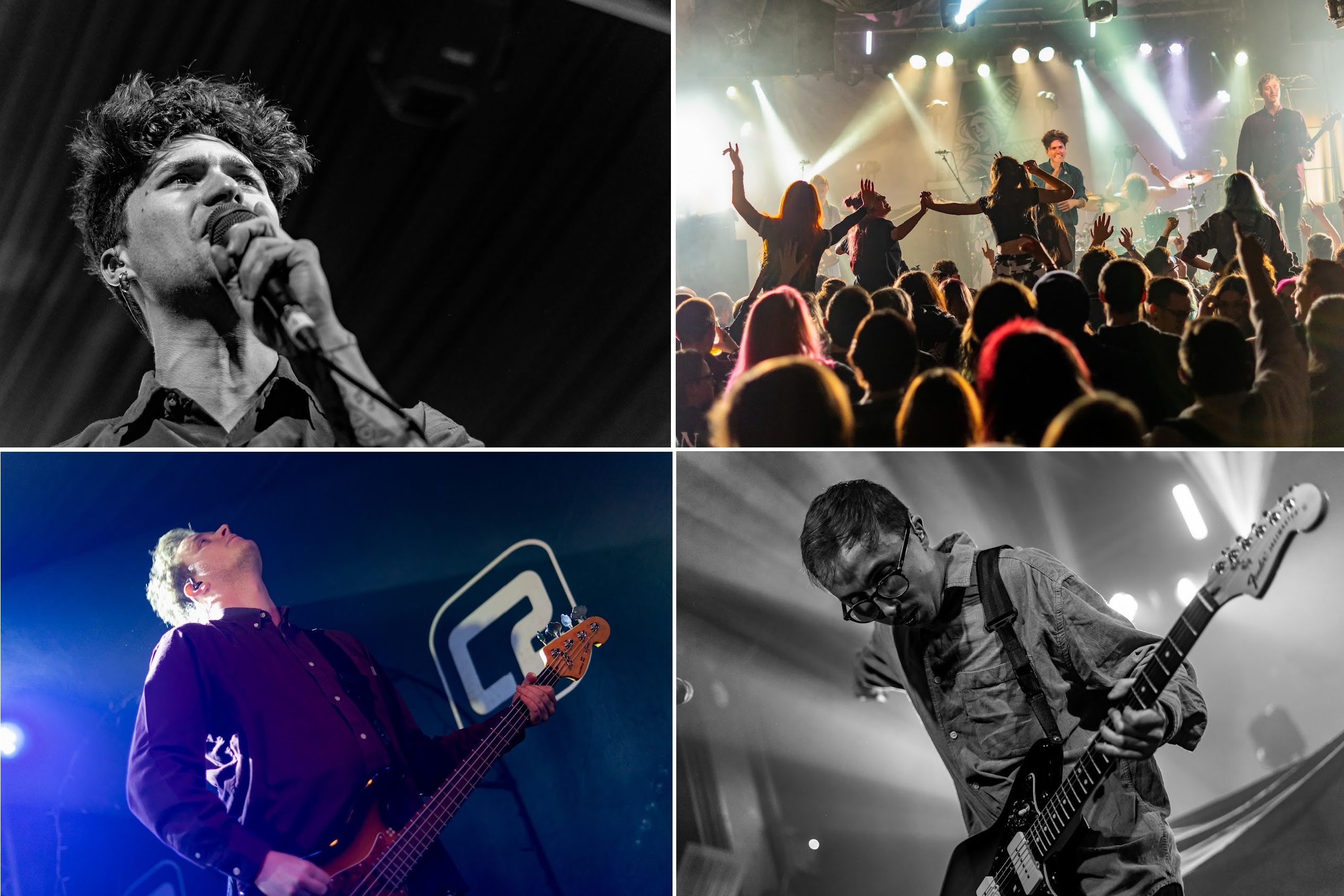 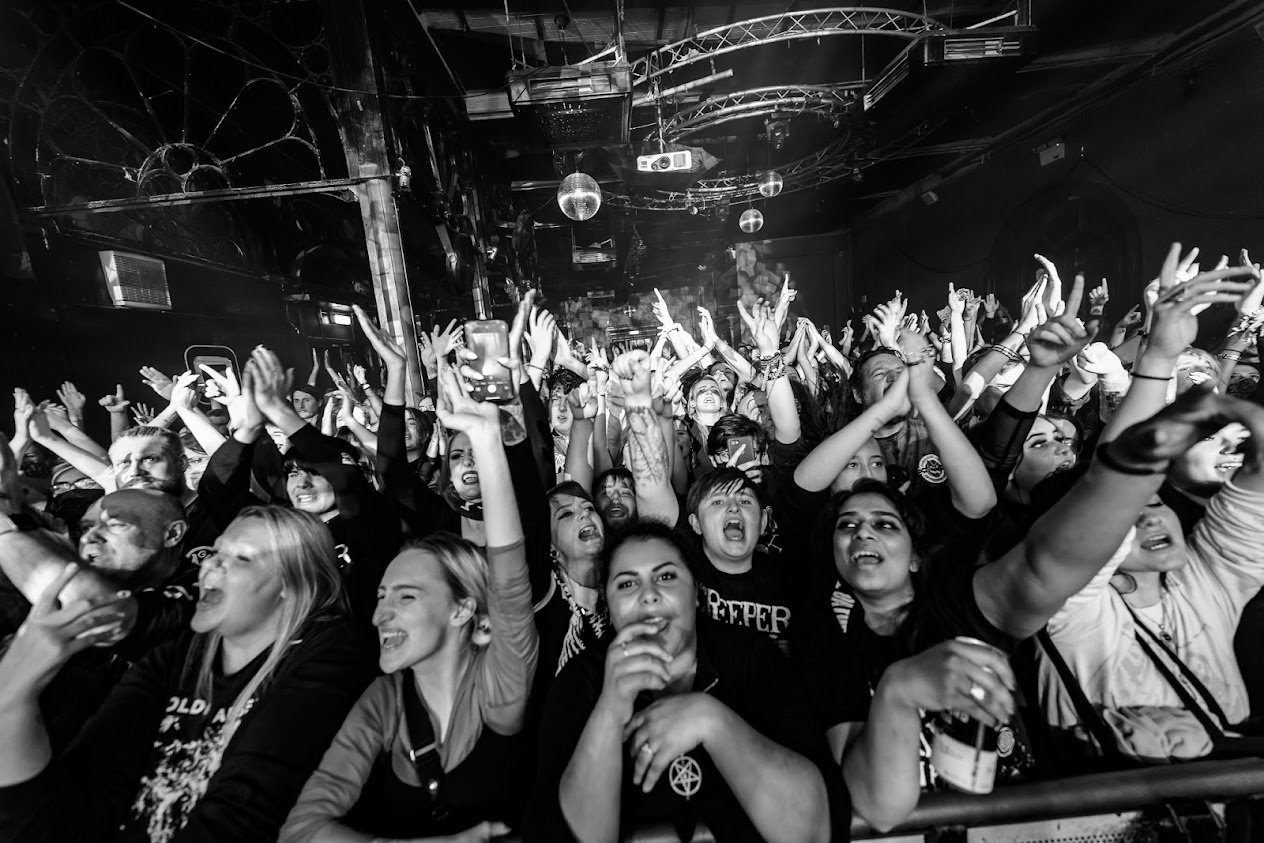 The audience at the Concorde 2, Brighton 16.12.21 (pic Cris Watkins/PunkInFocus) (click pic to enlarge)

It’s fever pitch down the front, and you can feel the anticipation in the air for the arrival to the stage of the main attraction, and they don’t have too long to wait. 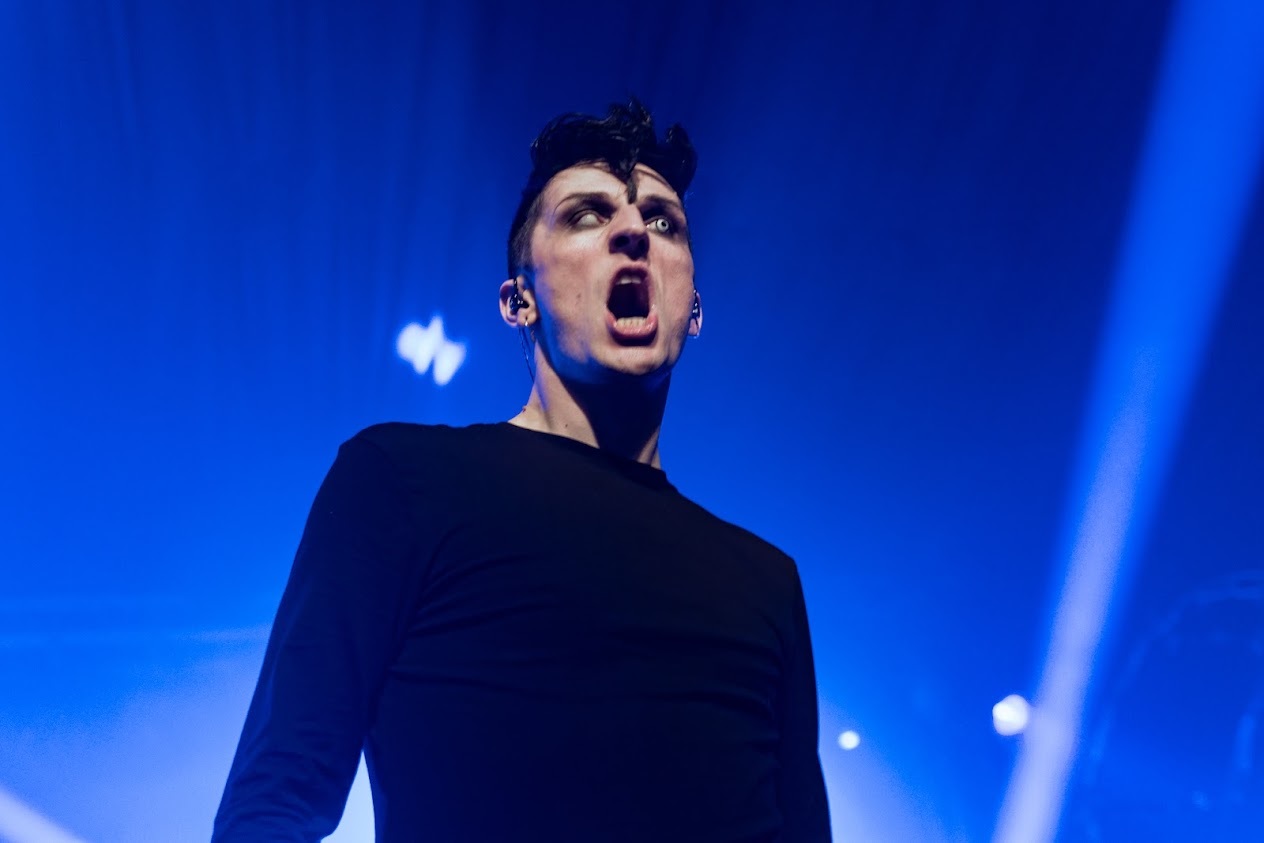 Creeper start the show veiled by a dark curtain lit by blue and purple spotlights. As the curtain drops, vocalist Will Gould is stage centre adorned with angel wings that are torn from his body, and the band burst into an intense opening salvo of ‘Hiding With The Boys’, ‘Born Cold’ and my favourite track from the new album ‘Cyanide’, which blows me away, being the first time I’ve heard it live. 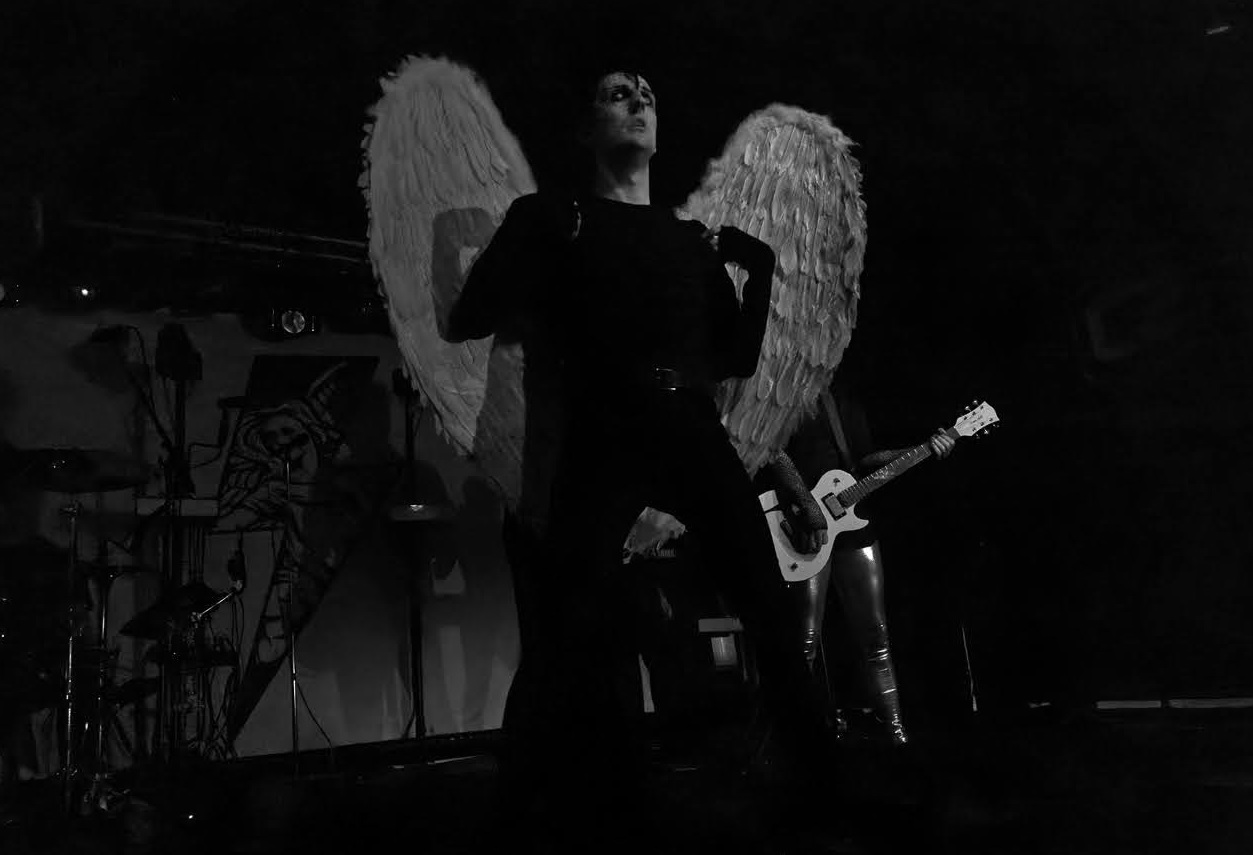 This is just the start of an incredible 1 hour 40 mins leaning heavily on crowd-pleasers with some serious highlights. ‘Suzanne’ drives the pit wild early on with a vast circle forming, and the trio of ‘Black Rain’, ‘Winona Forever’ and ‘Down Below’ showcase just how good that debut album material is as it is brought to life here tonight. 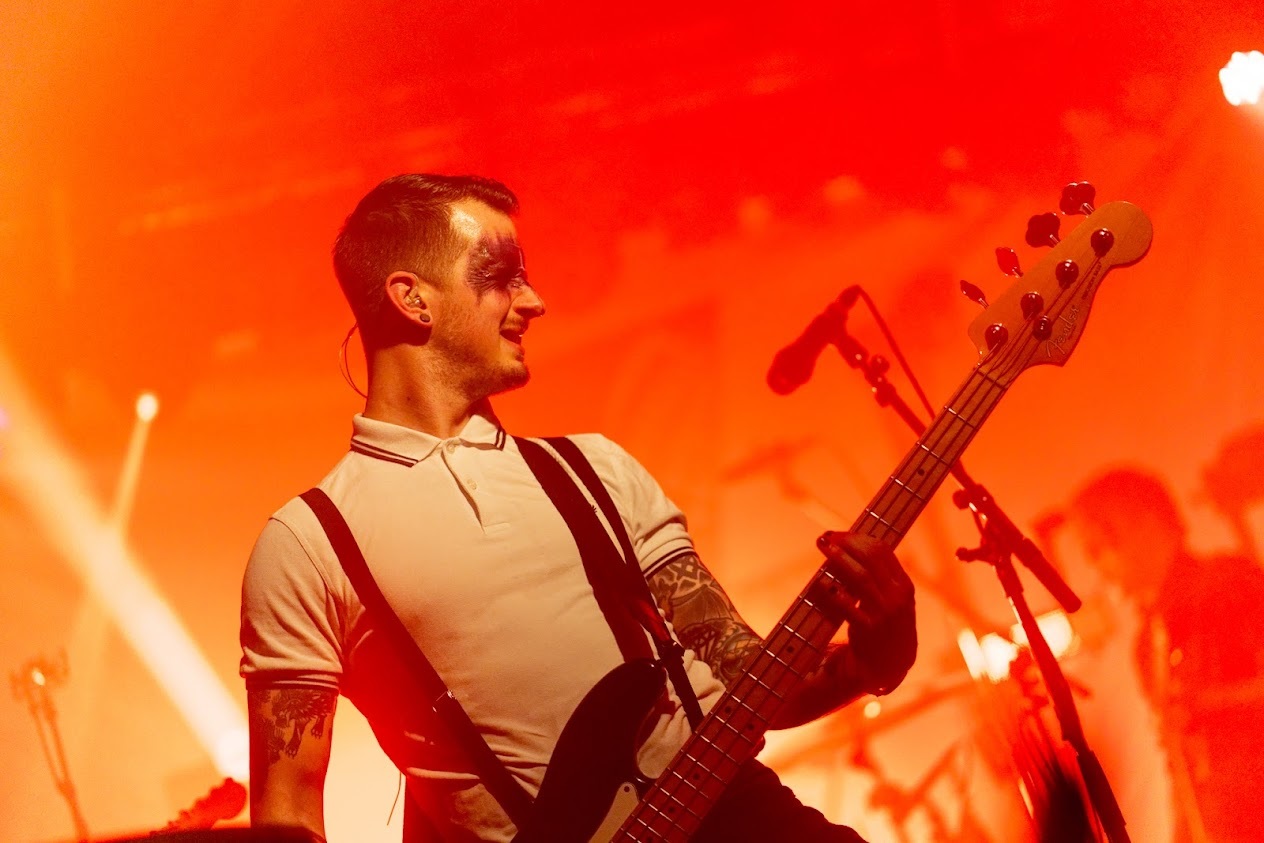 “This band is unique and weird, and I think you are a little unique and weird too,” states Gould, and he’s not far wrong judging from the response of the crowd. My personal highlight tonight is the Steinman-Esque ‘Midnight’ from their latest EP, with the dual vocals of Will and Hanna bringing this masterful piece to life. 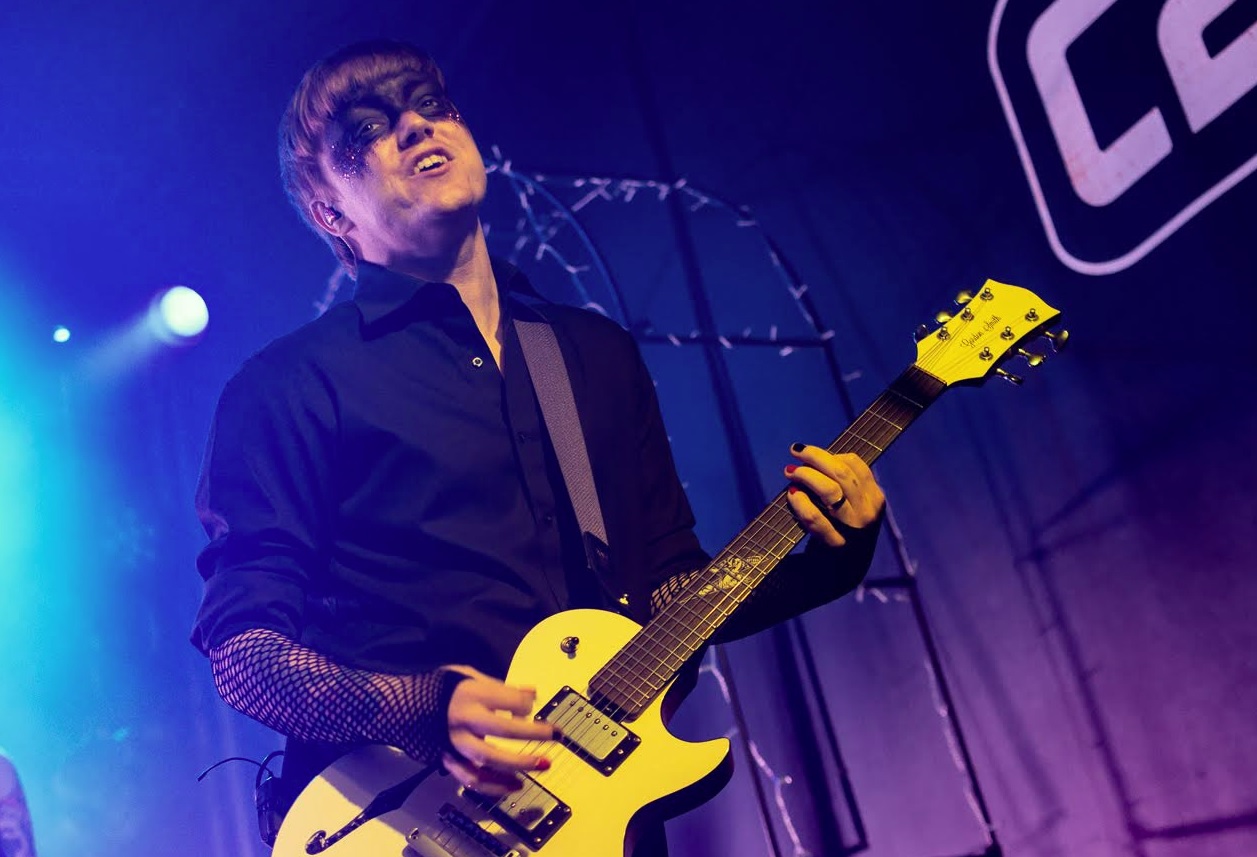 Every track tonight is delivered like it could be the last time they ever play. It’s drama all the way right up to the final song of the main set, as the crowd take the reins with the vocals to ‘Misery’, Gould standing back with a massive smile across his face. 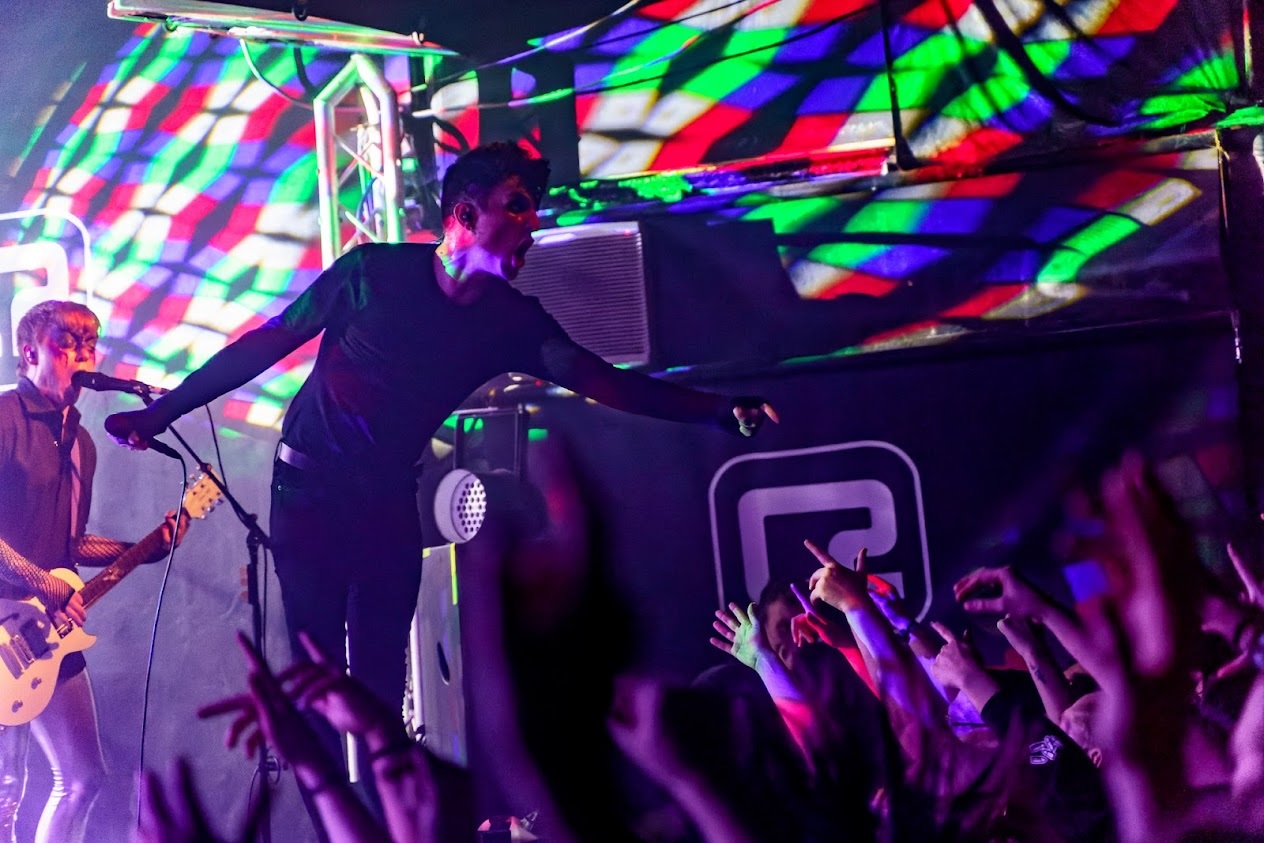 We get a two-song encore, their first-ever song ‘VCR’, an absolute banger that starts a tidal wave of crowd surfing and then sends us off on a high with the incredible ‘Anabelle’ with a sing-along to end all sing a longs! 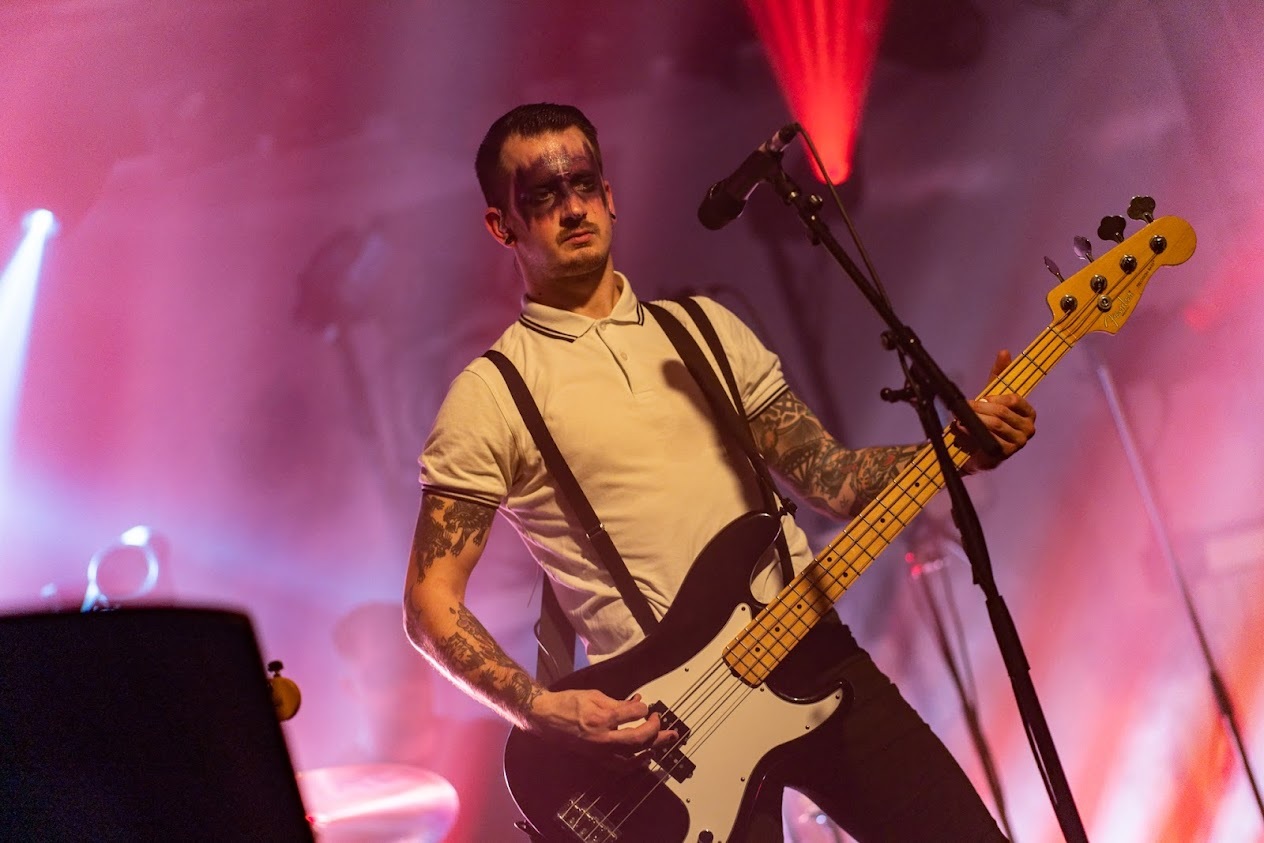 It’s smiles all around as the sweat-drenched crowd make for the merch stand and the fresh air. It’s been an incredibly entertaining night from the get-go and sure to rank as one of my top five shows of the year. 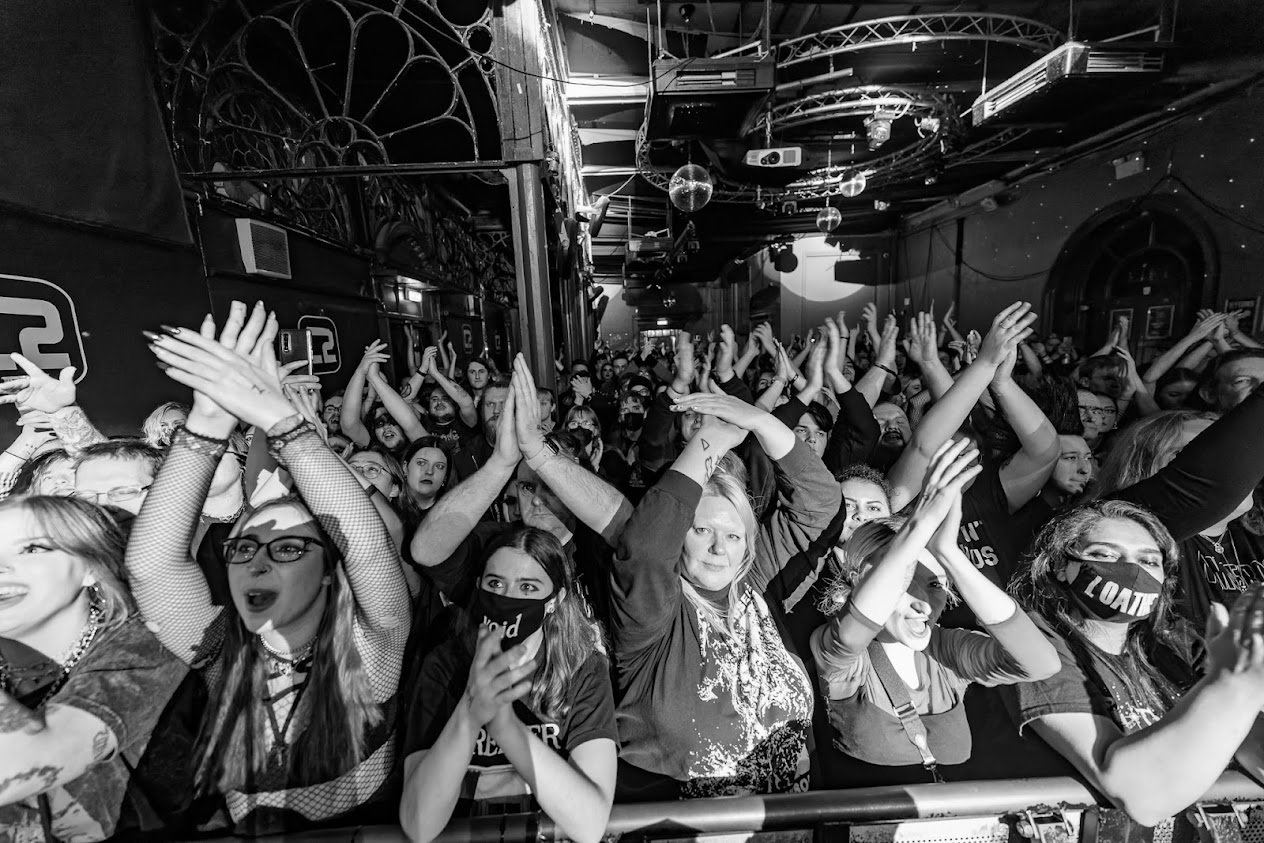 The Audience at the Concorde 2, Brighton 16.12.21 (pic Cris Watkins/PunkInFocus) (click pic to enlarge) 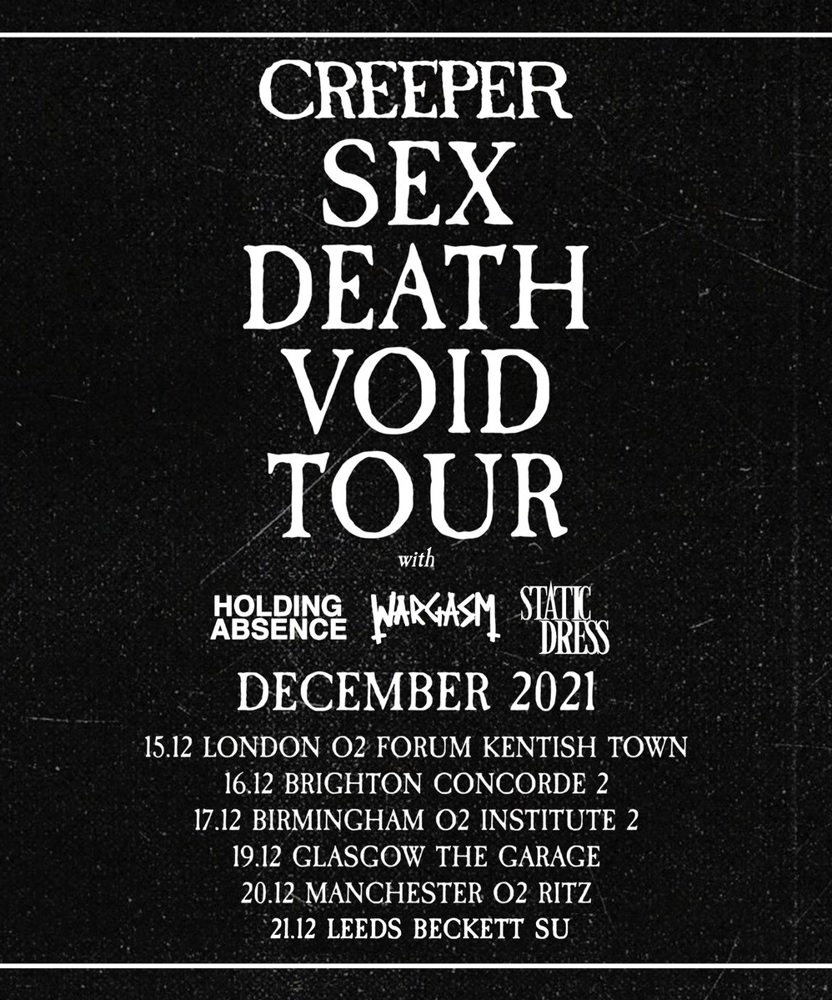