Brighton and Hove has one the worst take up rates for cervical smear tests in the entire country, according to figures published this week by NHS Digital.

The new figures, published on Tuesday (19 July), indicated that just six NHS “primary care” areas in England had a worse cervical screening rate for 25 to 49-year-olds than Brighton and Hove.

And only 15 out of 106 areas were worse for 50 to 64-year-olds, according to the data, with tens of thousands missing out locally.

NHS Digital also published figures for women living in the area served by Brighton and Hove City Council for the final quarter of 2021-22.

Earlier this year, NHS Sussex said: “Cervical screening saves lives. Don’t ignore your invite. And if you missed your last one, book an appointment with your GP practice now.”

And last week councillors called for action to improve the number of women turning up for their smear test.

The government target is for 80 per cent of all women to attend their screening although the frequency is different depending on age.

Women aged 25 to 49 are eligible for a smear test every three years and women aged 50 to 64 every five years.

Last December, the charity Jo’s Cervical Cancer Trust warned that a drop in cervical screening combined with “unprecedented strain” on the NHS could lead to more women having preventable cancers diagnosed.

The charity said that its research found that many women had put off attending their screening because of concerns about the risk of catching the coronavirus during their appointment. 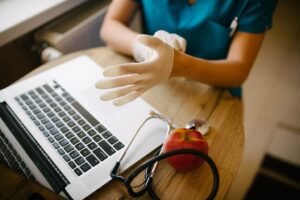 When the pandemic started, the NHS initially temporarily suspended screenings and delayed appointments.

Jo’s Cervical Cancer Trust chief executive Samantha Dixon said that the national drop in screenings was not unexpected in light of the pandemic but she said that it remained a worry.