No ‘Down Tools’ at Mush gig in Brighton 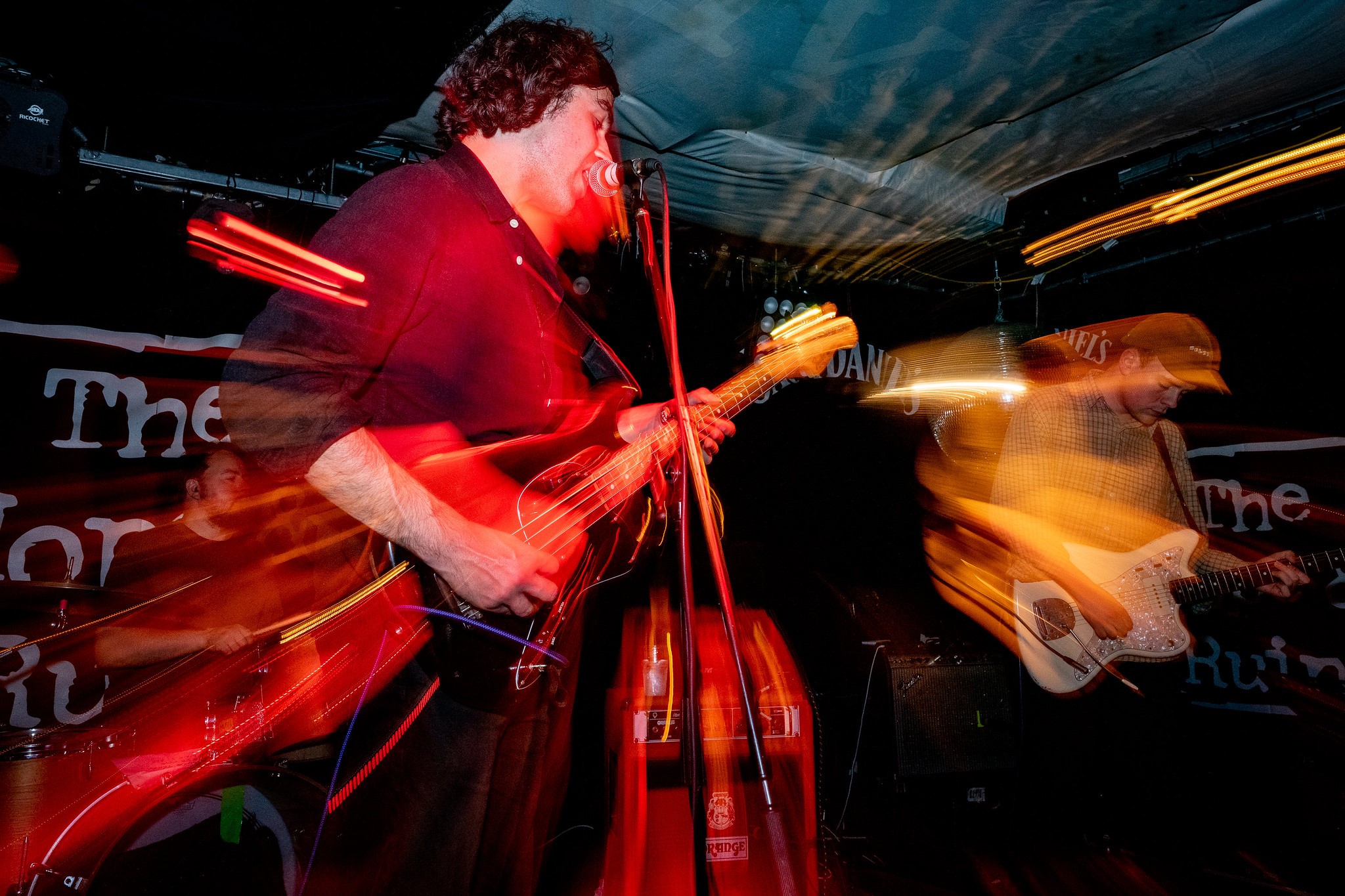 Mush arrived in Brighton to promote their current album ‘Down Tools’ which was released on Memphis Industries on 8th July. However, before we hear a note of that opus played live, there are two support bands to entertain us. 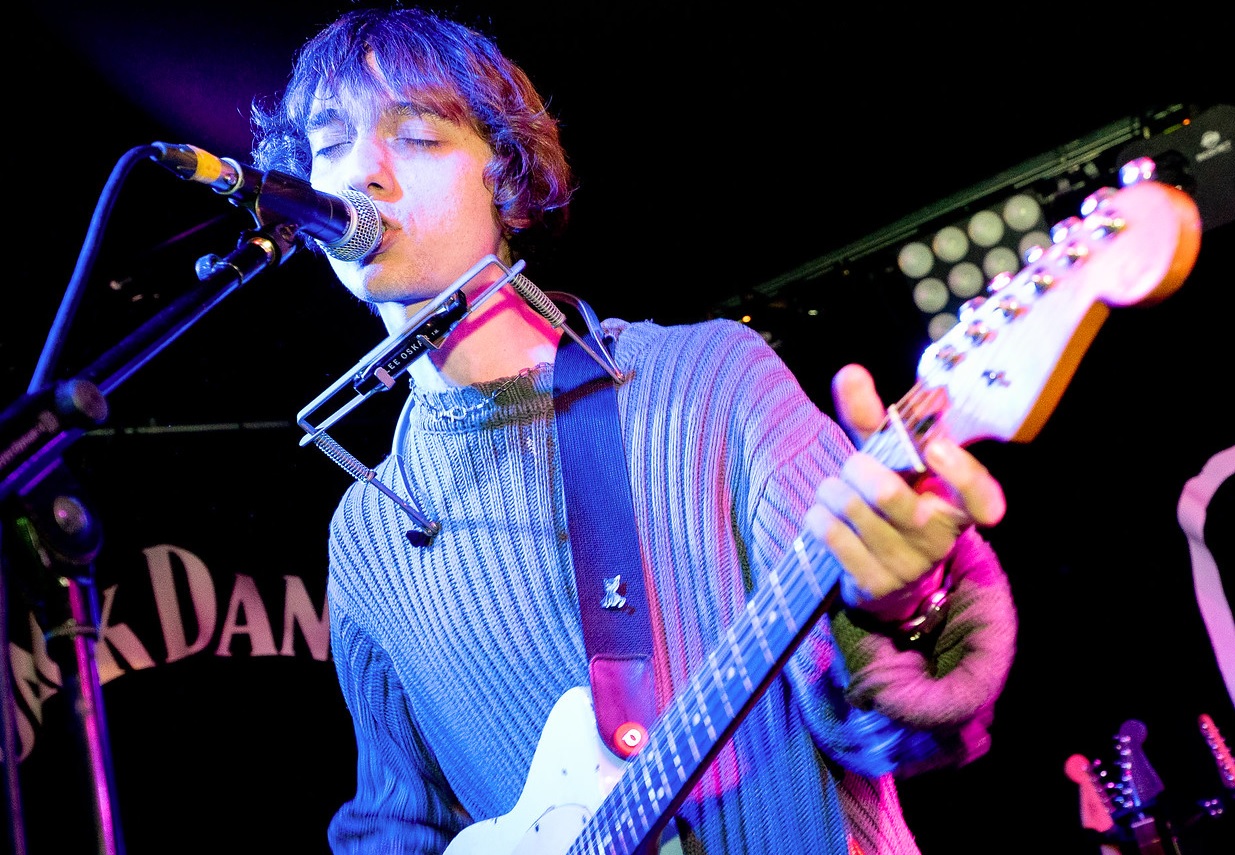 First up is Owners Club, who are a pleasingly noisy indie band. They apparently formed at The Hope and Ruin, and they tell us that it is therefore “hallowed ground” for them. The first song starts with a squall of noise. The songs are largely melodic and bouncy. This band will inspire moshpits. 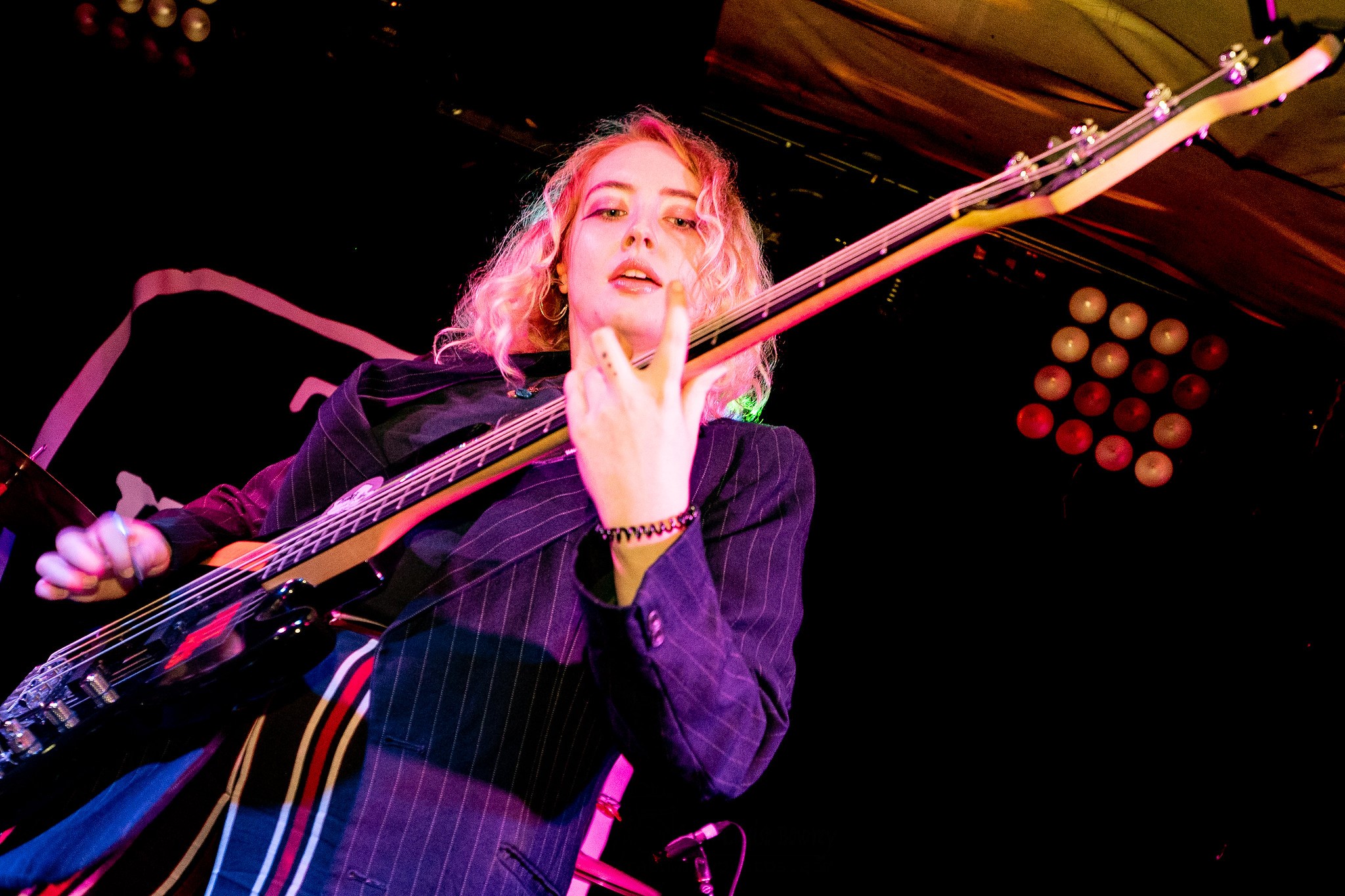 We’re informed that ‘Big Red Bus’ is a slower one, and they invite us to get on board. Actually, in the grand scheme of things this song is not slow at all. It reminds me of early REM. The band are very tight. Both guitarists play lead, and at times play dual lead. Owners Club’s set is short but sweet. Too short in fact. Half an hour is simply not enough. More please!!! 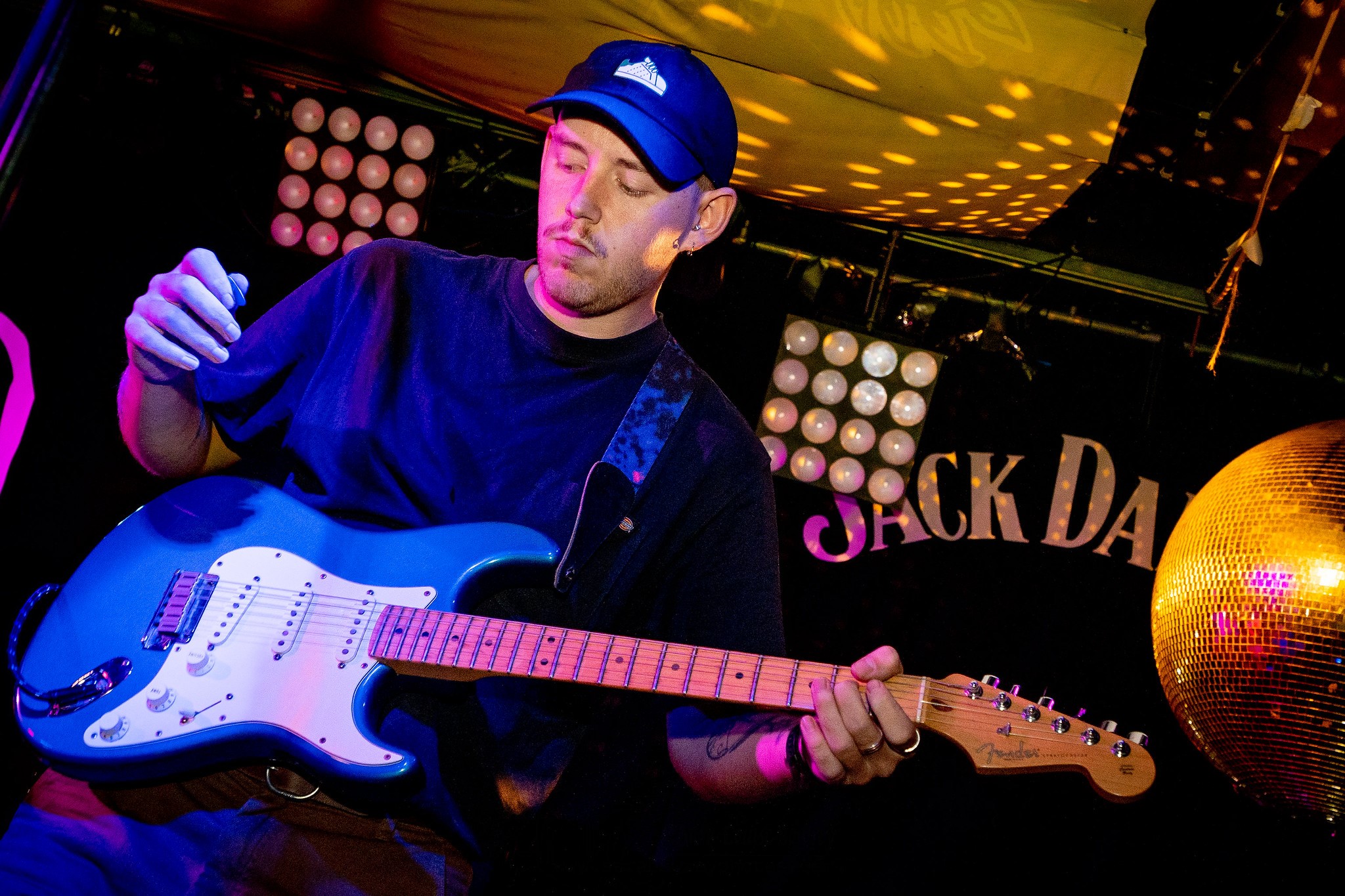 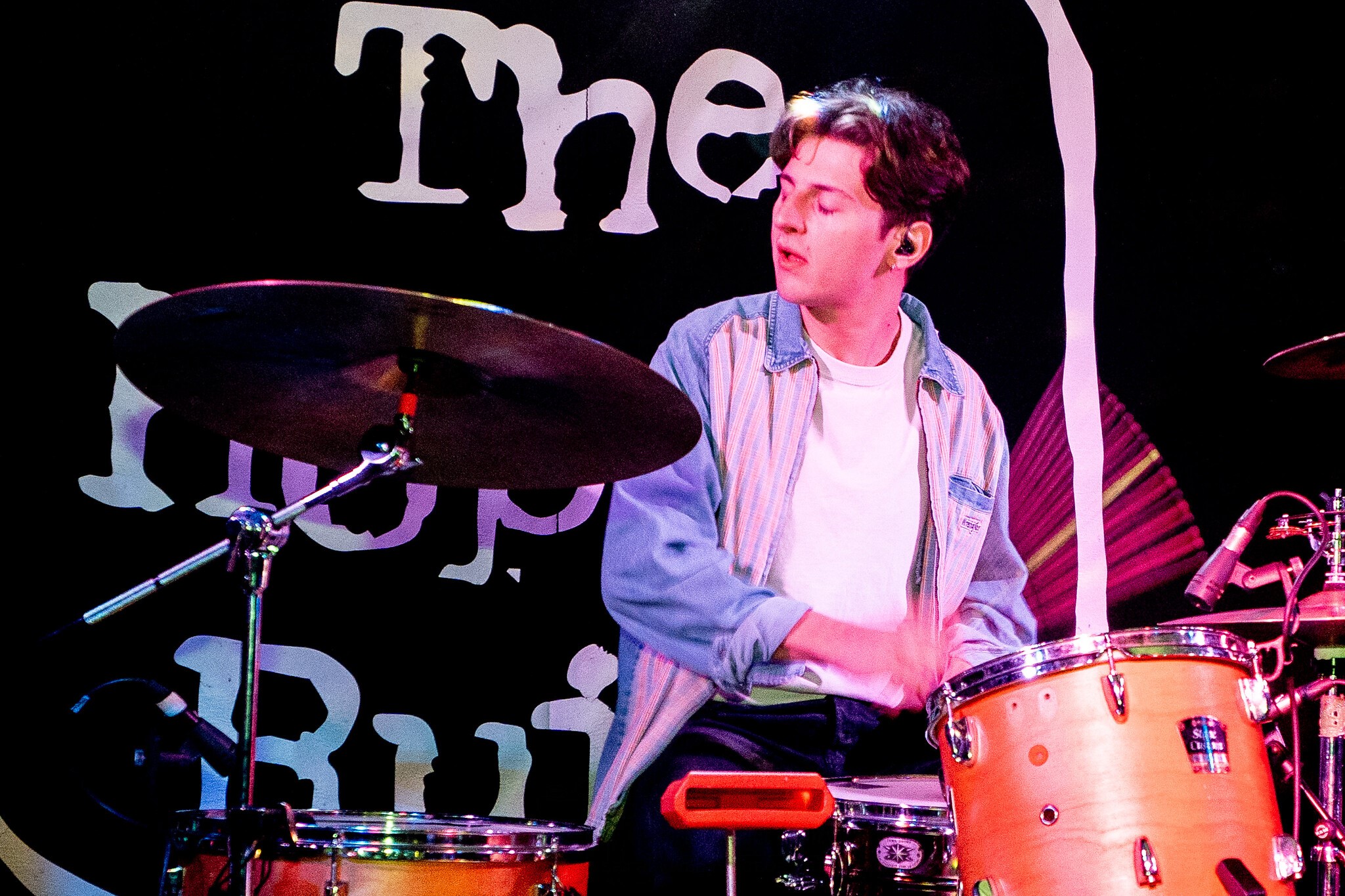 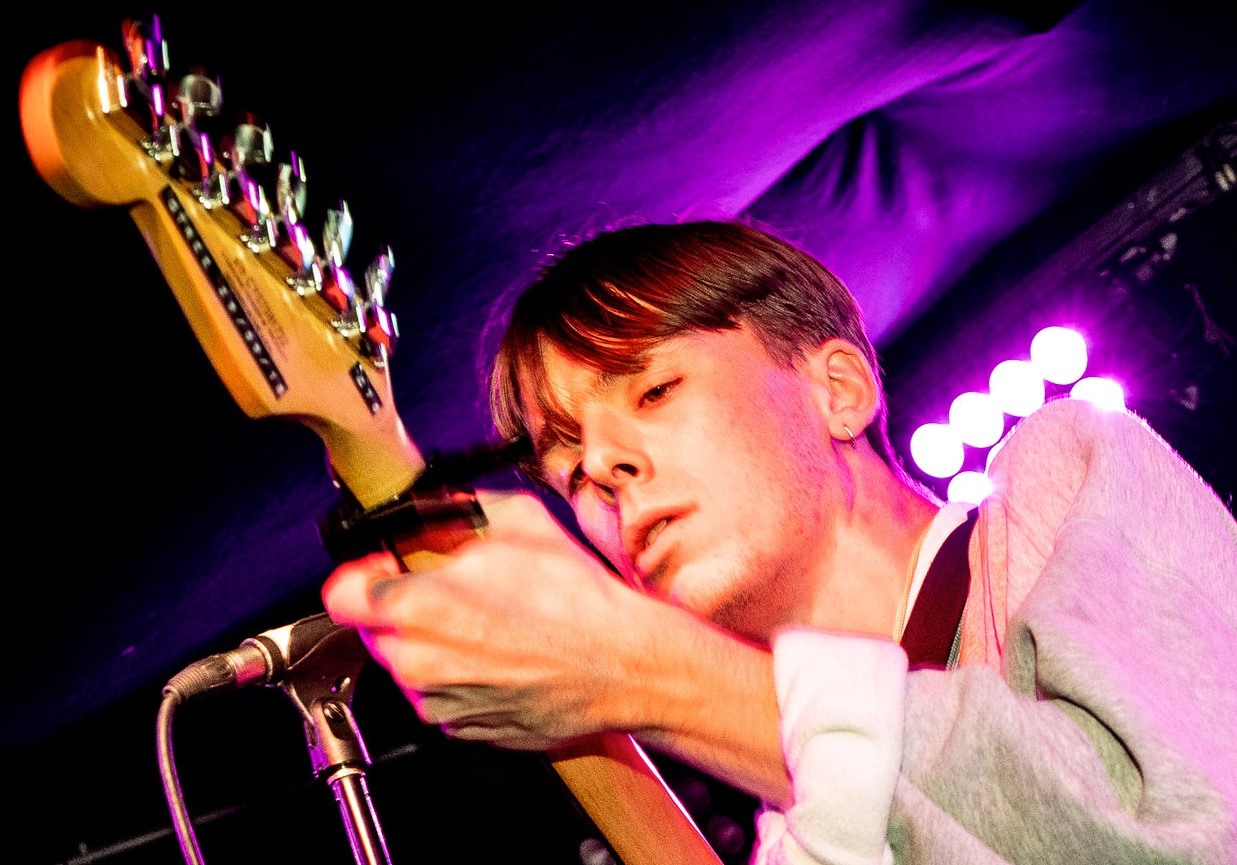 Next up are Welly. They have no drummer, but they do have a drum machine. This is not a situation that normally fills me with joy. Hang on a sec though – they haven’t actually started playing yet. The band are dressed in PE kits. I have no idea why, but apparently it is a tradition with them. When they do start playing, I’m pleasantly surprised. Who needs a drummer anyway? 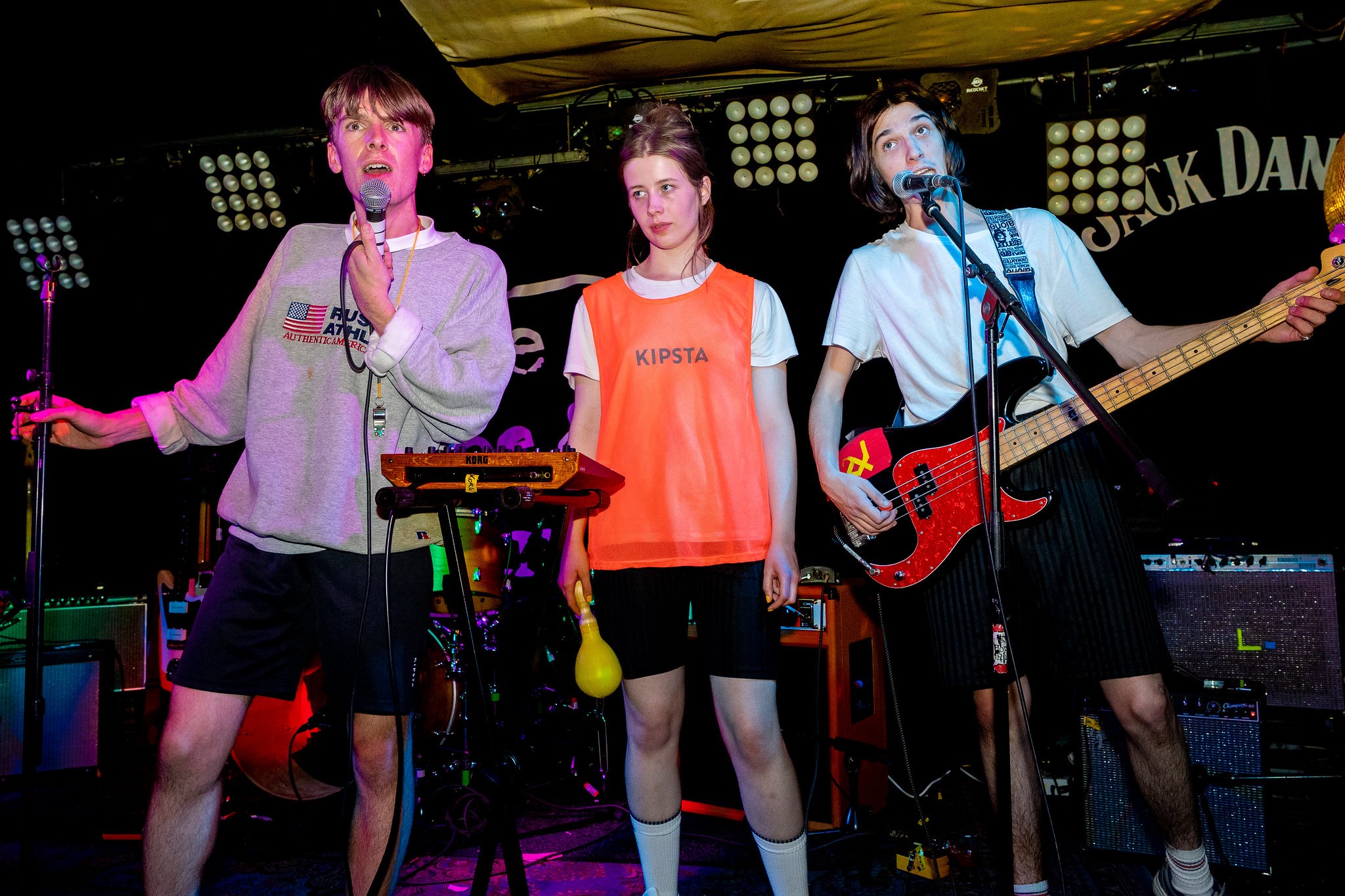 The bassist is very energetic to the point of being a potential danger to both his bandmates and the audience. Indeed, he jumps into the audience a couple of times. There’s a touch of Peter Hook in his playing. He is very much a lead bassist. Vocalist Welly (apparently that’s what he’s called….) delivers spoken/shouted vocals with very sharp and witty lyrics. There’s some hilarious banter between the band and audience. Welly asks us where our favourite place to go on holiday is. Scunthorpe is mentioned, but Butlins at Minehead seems to come out on top. At one point Welly demonstrates the synth tom-toms to us, explaining how they work and how wonderful they are. 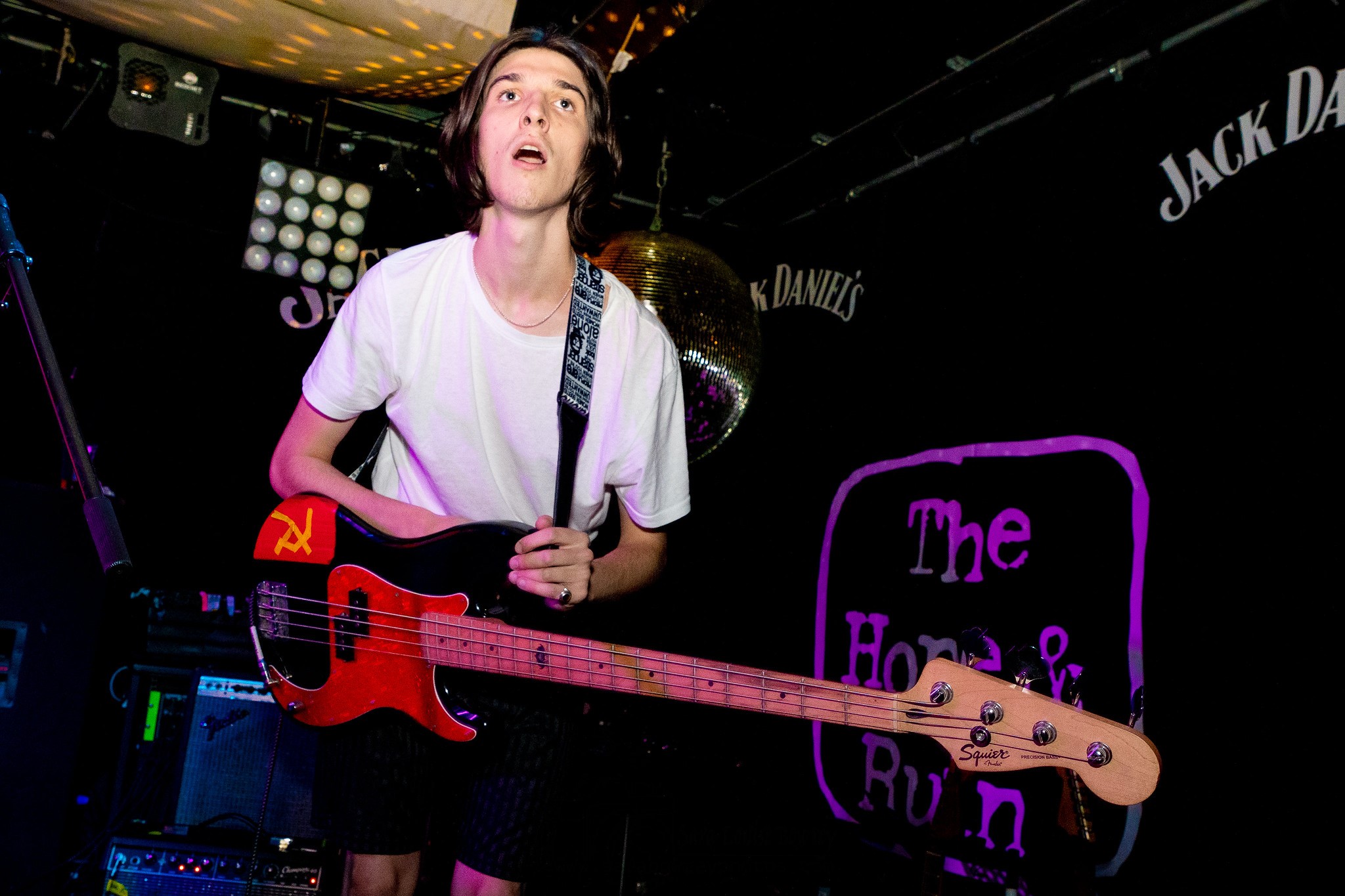 However, much as Welly might veer towards stand-up, the lyrics are often serious and shouldn’t be ignored. A song about the high street for example, mourns that institution’s current condition. There is a saying that a band is only as good as its drummer. That’s definitely not the case with Welly. They have no drummer and they’re shit hot! 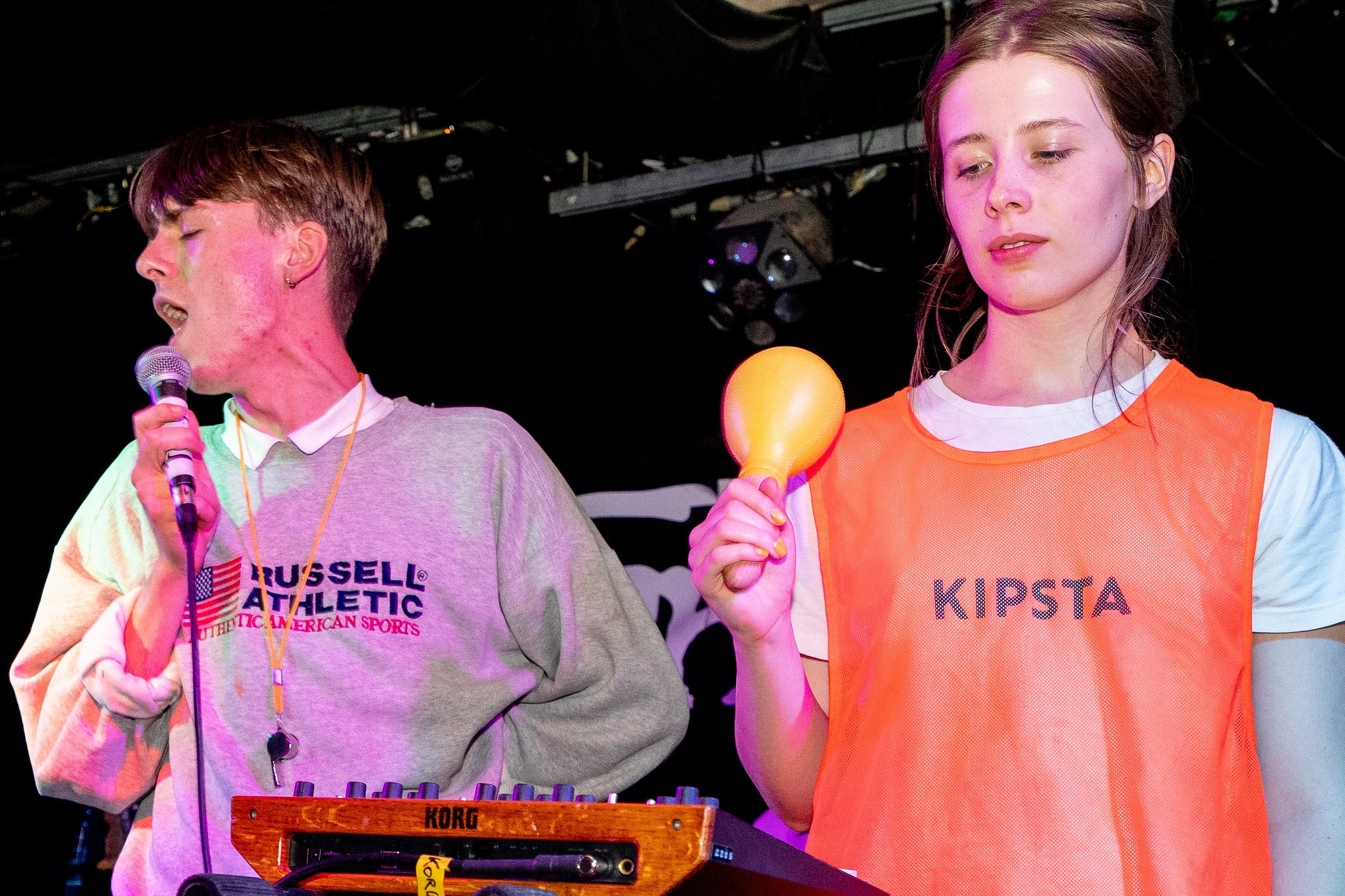 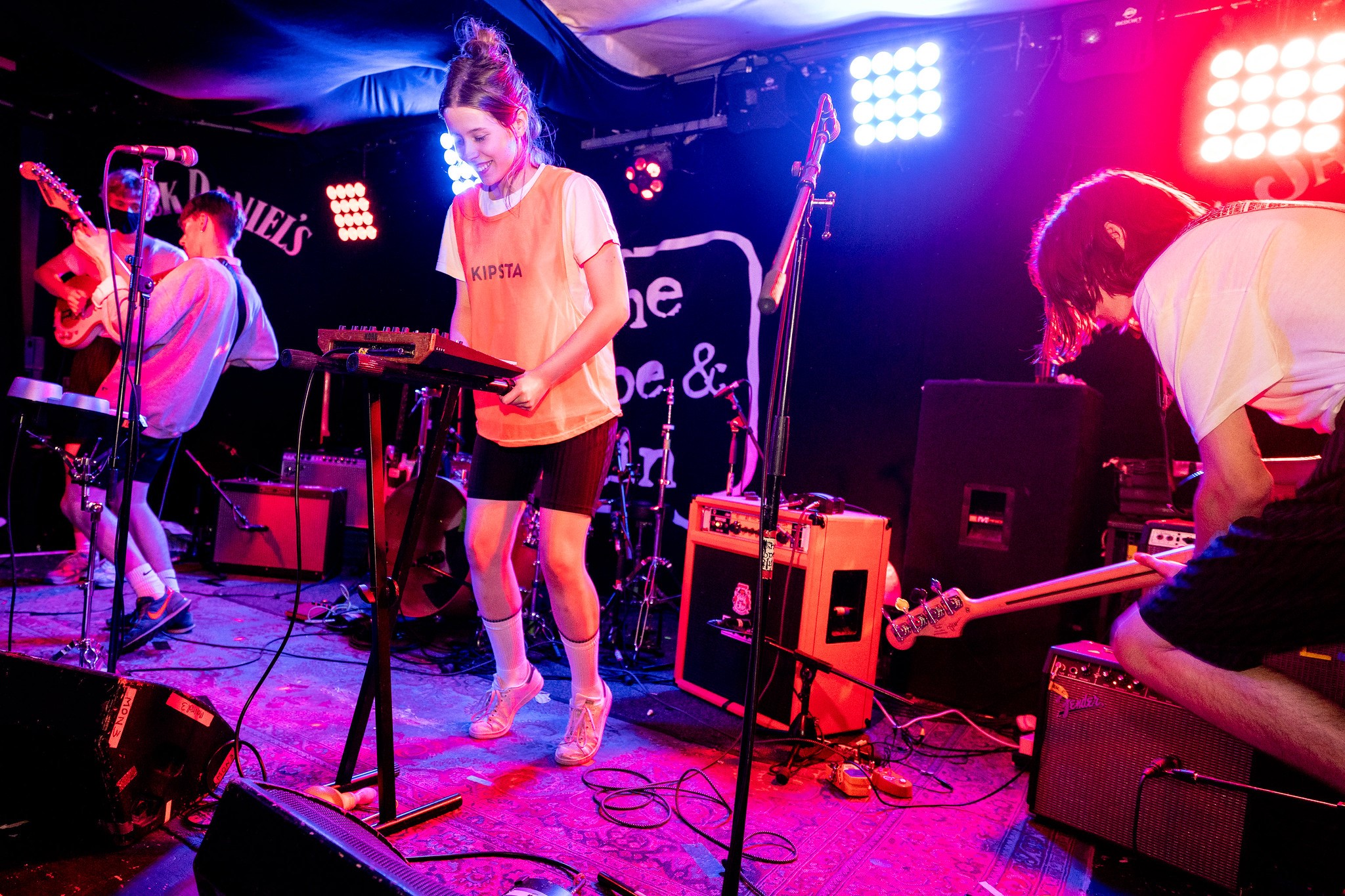 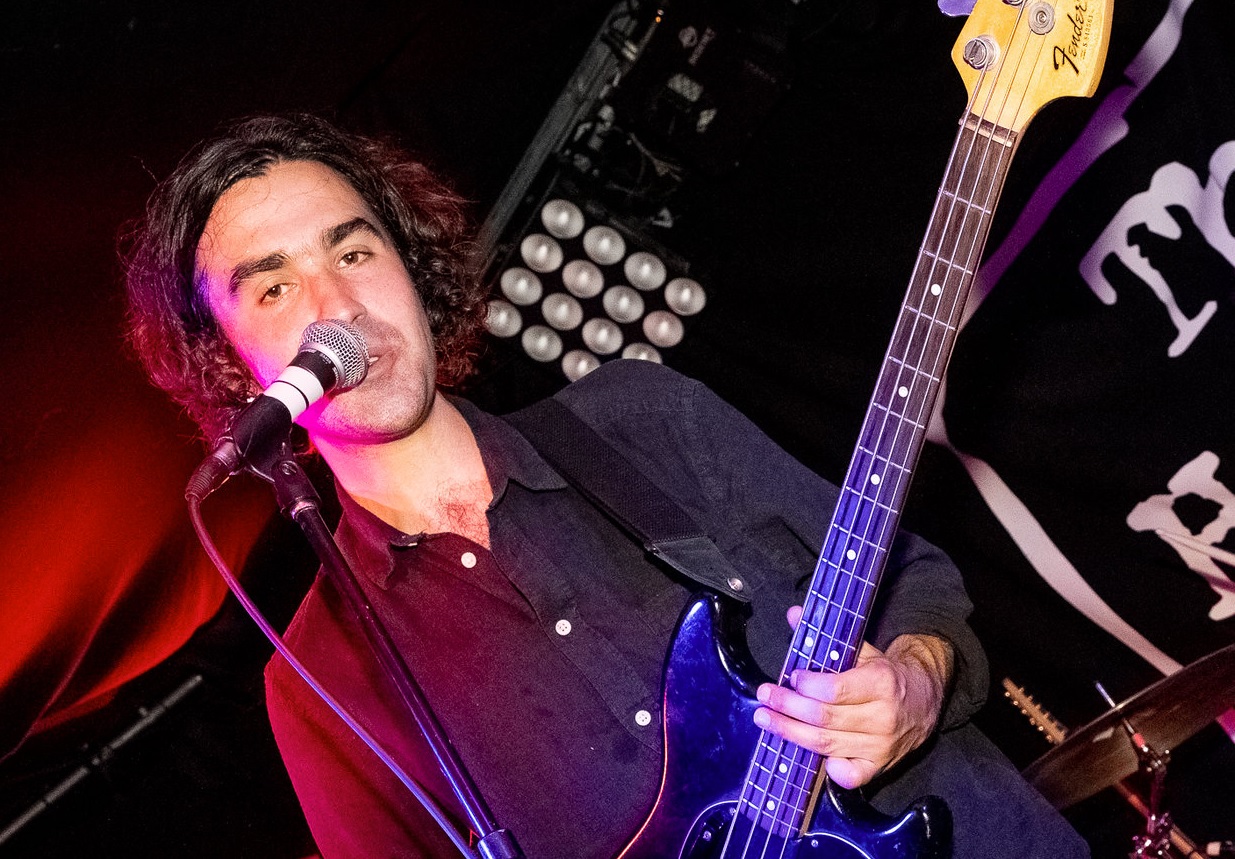 Mush are from Leeds, as attested by a shout of “Yorkshire” from the crowd early in their set. Mush currently consists of Dan Hyndman on vocals and guitar, Phil Porter on drums, Nick Grant on bass, and Myles Kirk on guitar. Their current album ‘Down Tools’ represents the first music that they have recorded since the tragic passing of their guitarist Steve Tyson in December 2020. New(ish) guitarist Myles Kirk has bedded in well with the band though, and they give the impression of all having played together for many years. 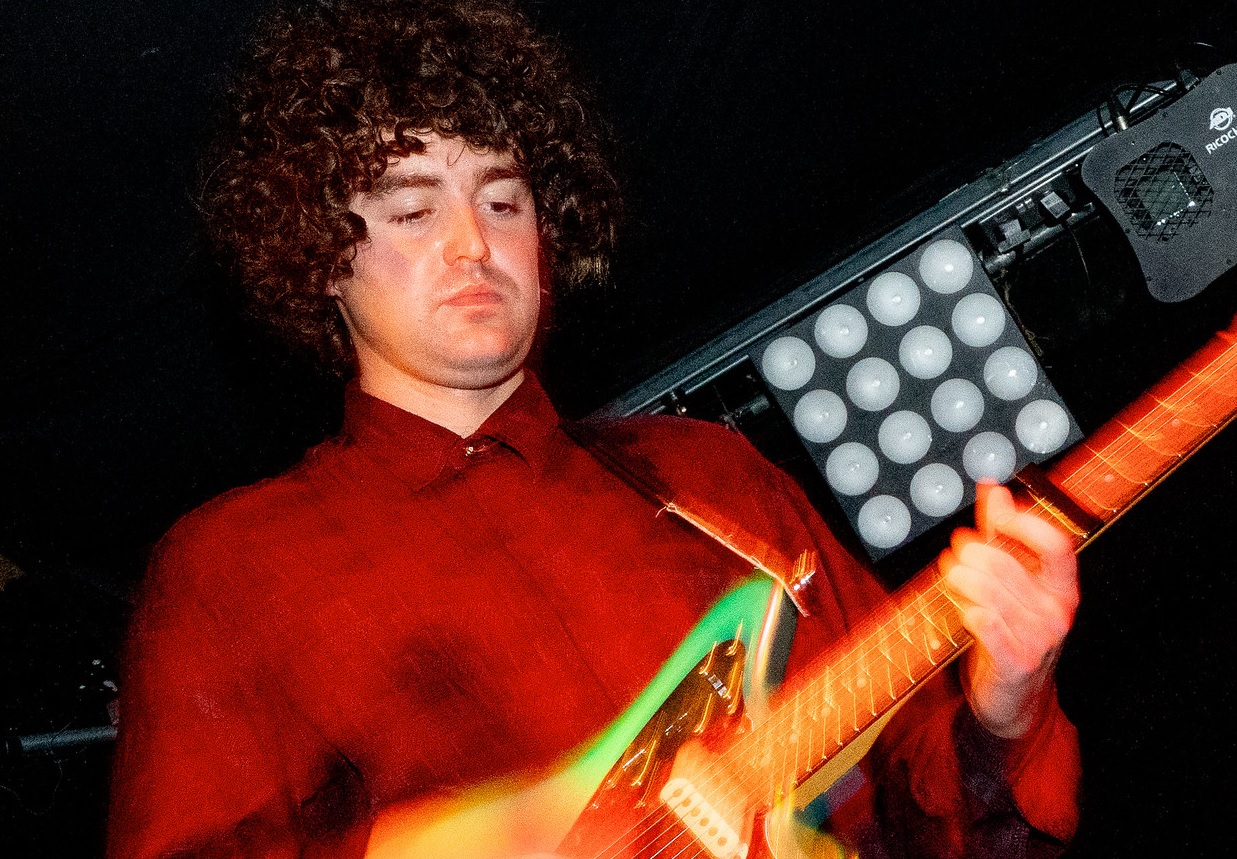 At the time of their first album, ‘3D Routine’, they were described as “noise rock”. Now they appear to be described as “art rock”. I would agree with this description to a degree, but this seems possibly a lazy description, as there seem to be so many influences apparent in the band’s music when they play live. There are hints of My Bloody Valentine and The Wedding Present, whilst Dan Hyndman sounds a little like Mark E Smith. There are further hints of Television and Johnny Marr. 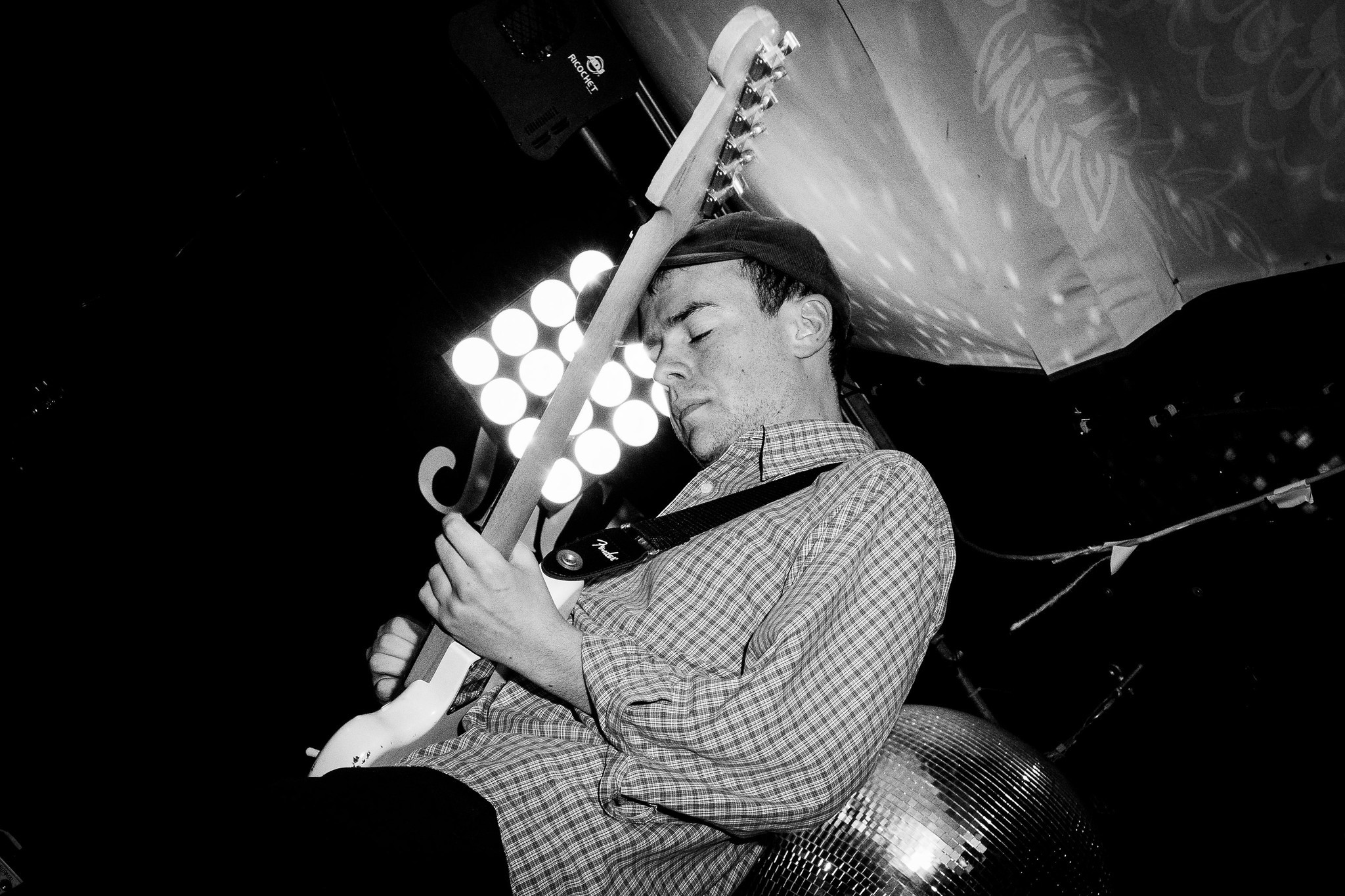 Five of the set appear to come from the new album. They do however play a few older songs from the Steve Tyson era and these attract some recognition from the really far too sparse crowd. Throughout the instrumental sections of songs are a joy. The guitars mesh together well and there is simply so much going on! It’s obvious that they’re three albums into their career, as the quality of their material just shines through. Also impressive is that these albums have been released in the space of two years! That’s an unusually quick work rate! I’d only seen Mush once before, supporting Rolling Blackouts Coastal Fever at Hackney Moth Club in 2017. I was impressed by them then, but now they are a very different and more mature band. Their three albums are: ‘3D Routine’, ‘Lines Redacted’ and the current ‘Down Tools’. Go out and buy them tomorrow. It’s the least you can do if you weren’t at the gig. 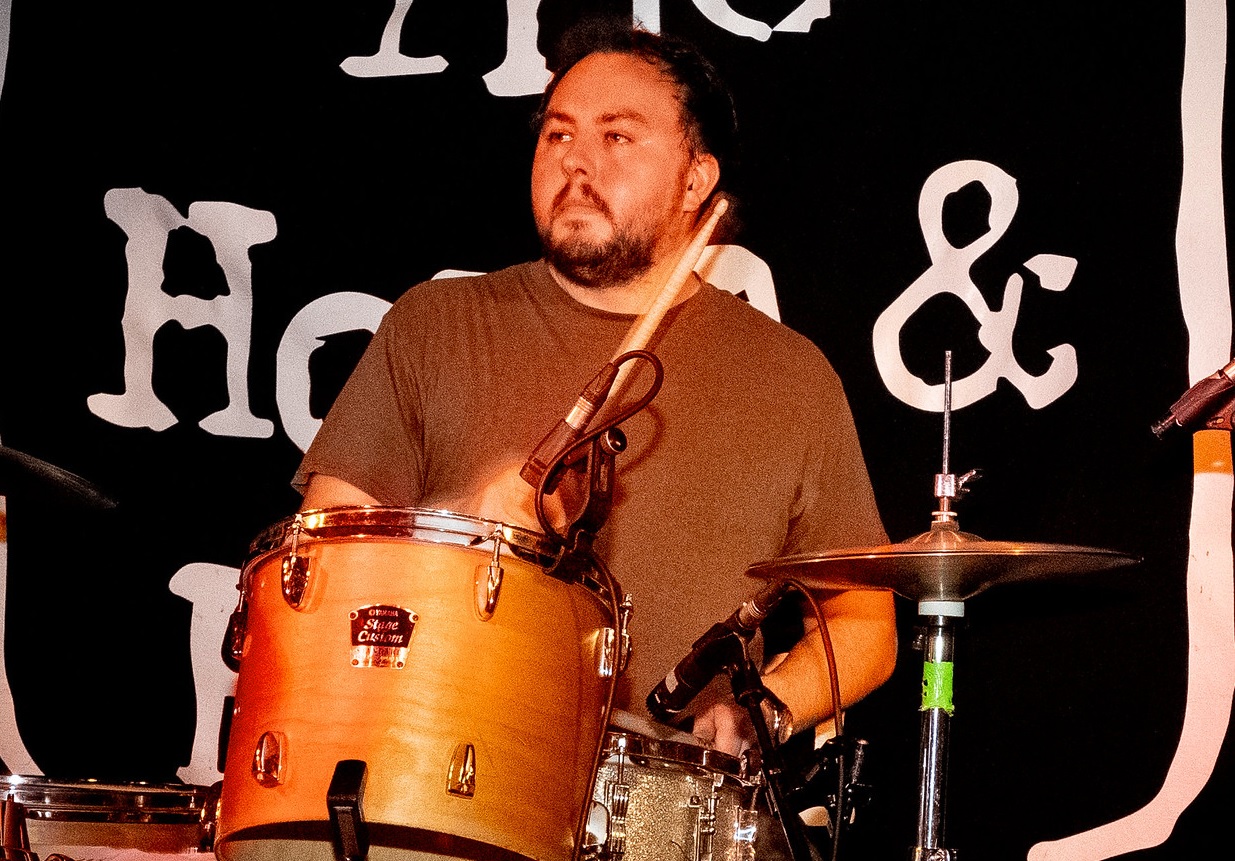 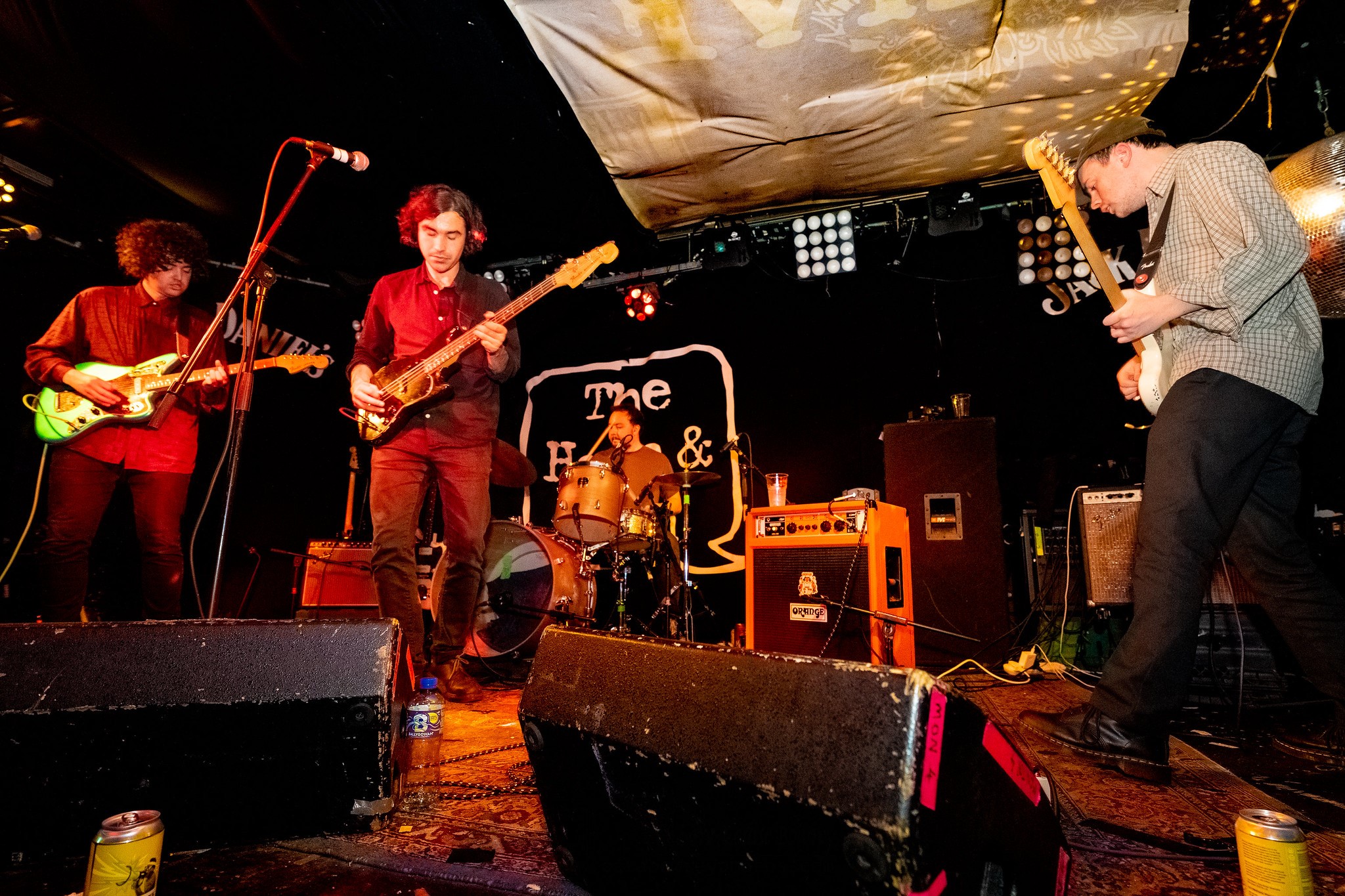 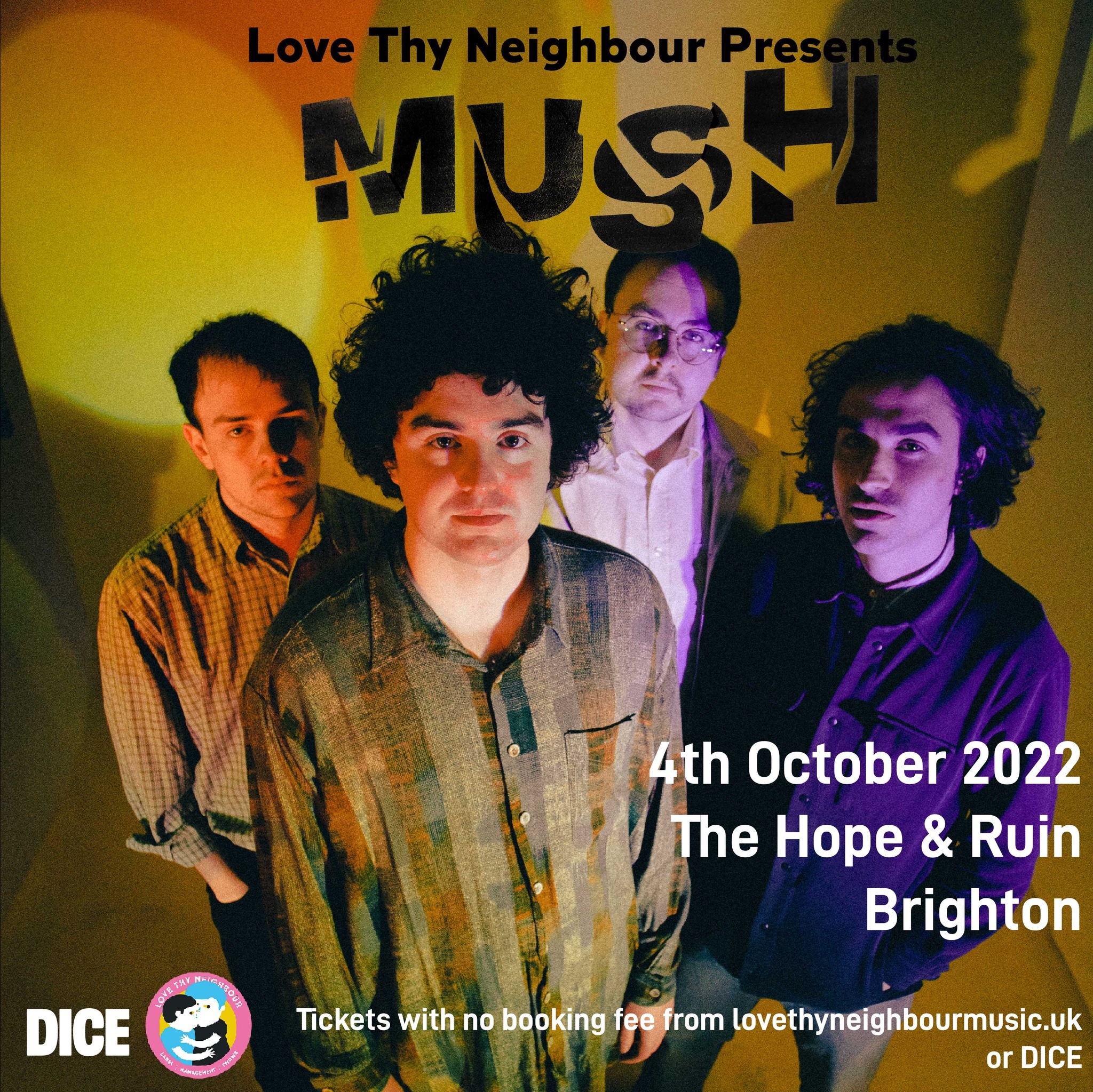 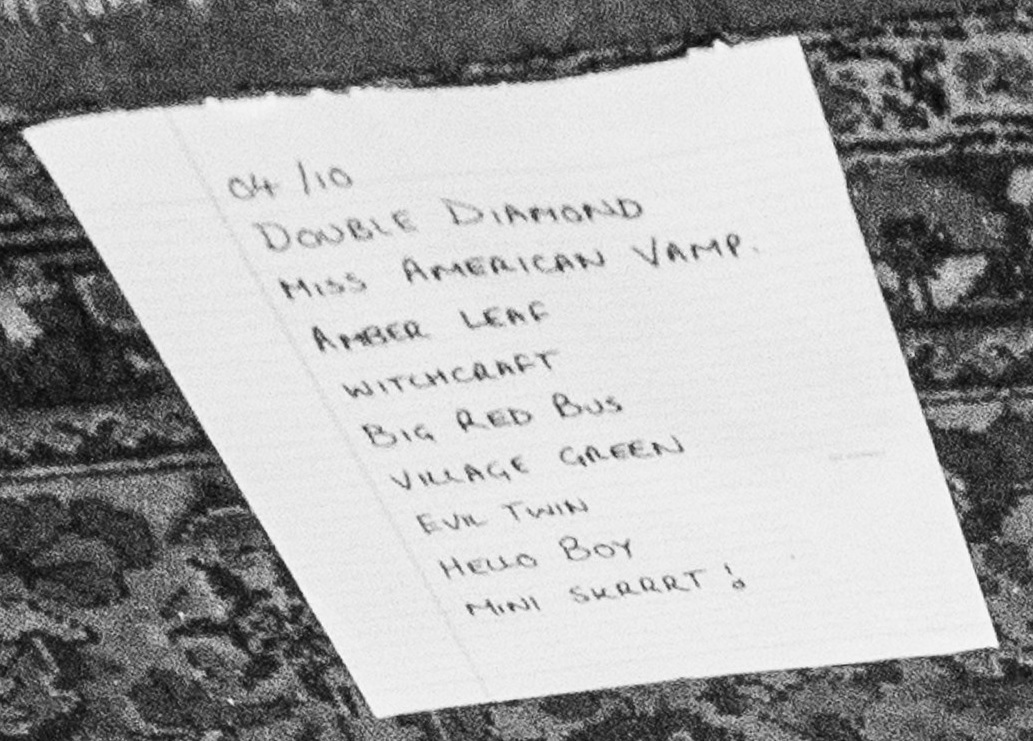