The ‘Honey Sweet’ sound of Blossoms 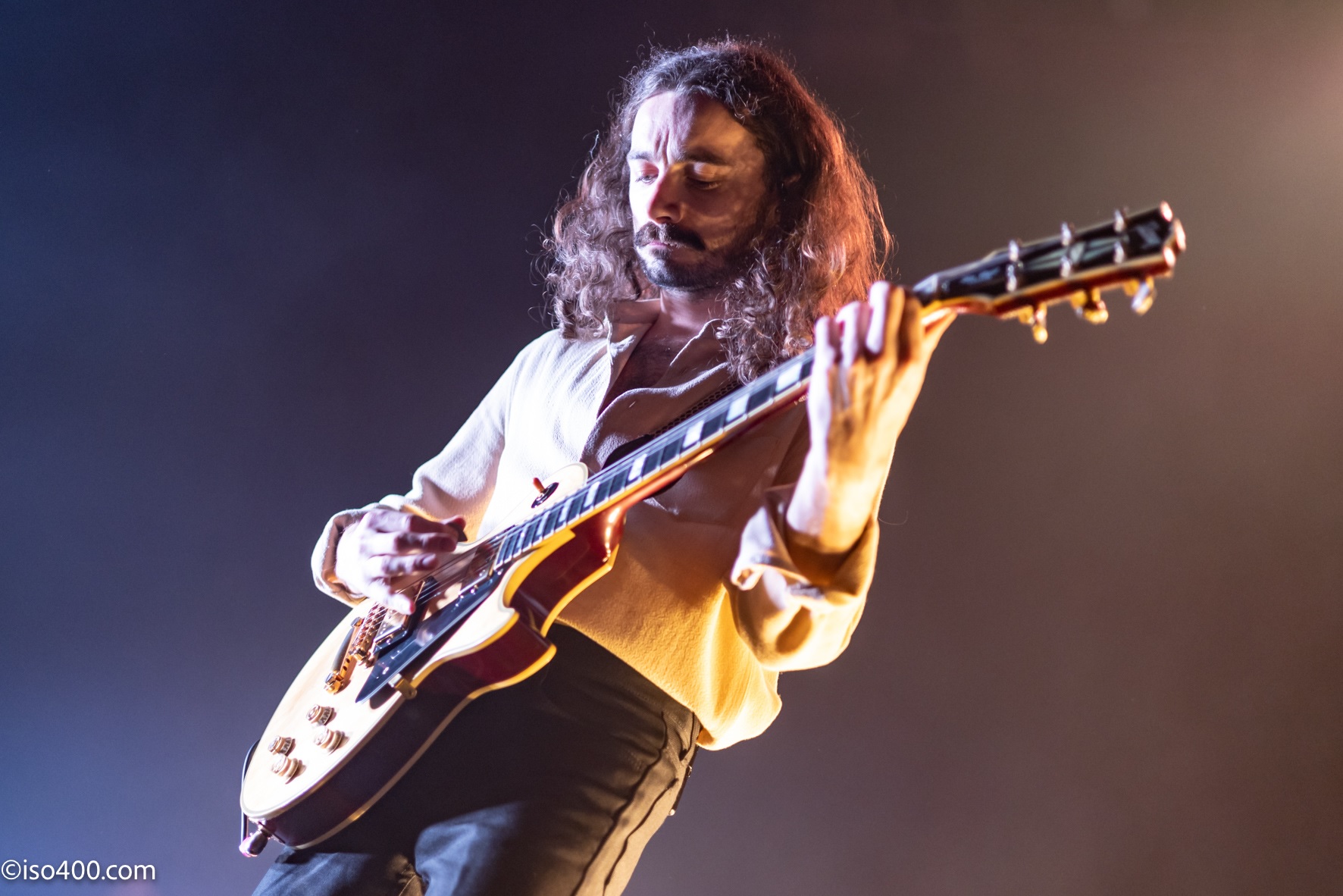 After a busy summer headlining Y Not? and Truck festivals, as well as playing a headline set at Glastonbury, Stockport pop band Blossoms arrived at the Brighton Dome on Friday as part of their 21 date UK and Ireland tour. 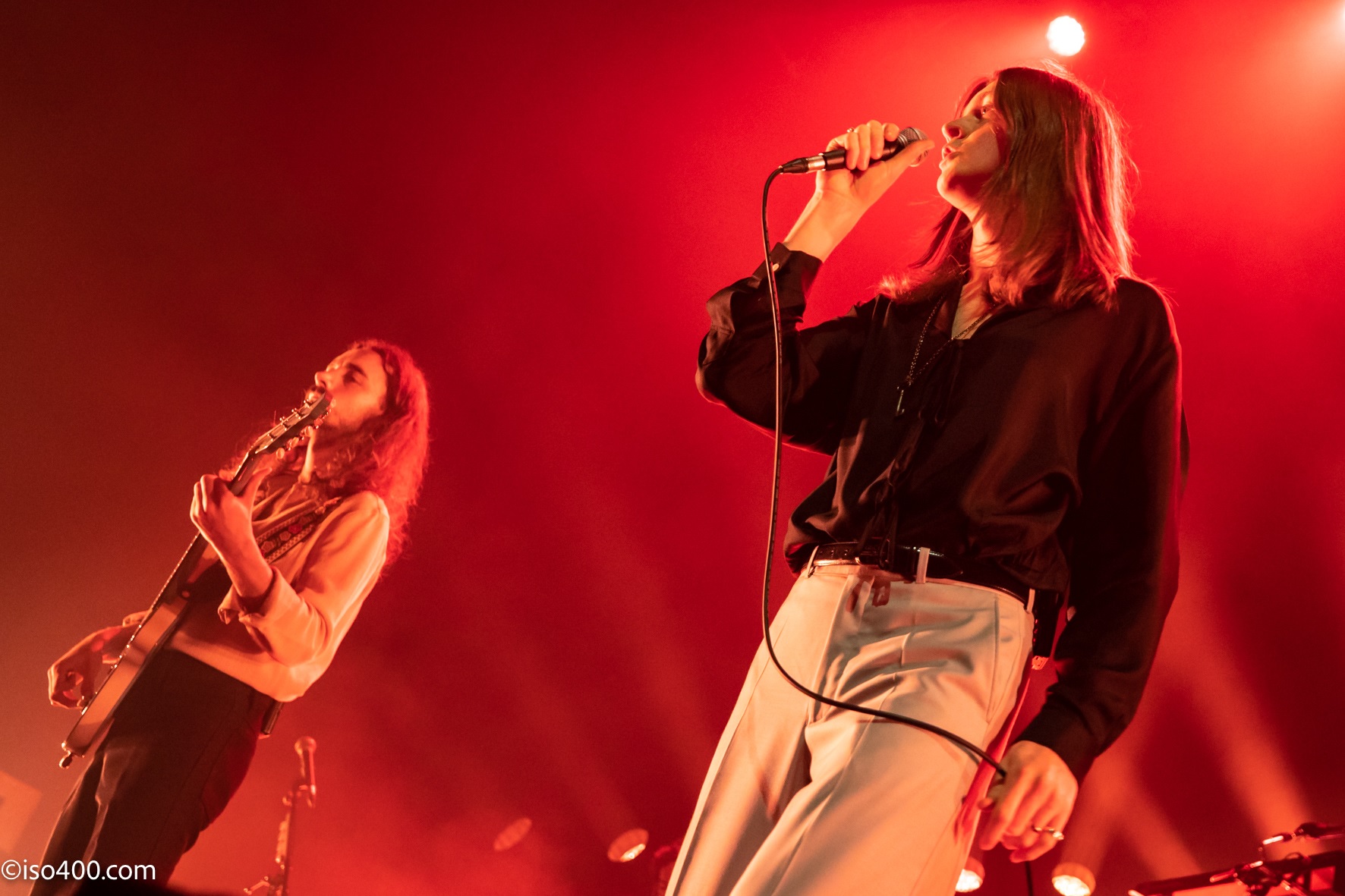 Formed back in 2013, Blossoms have justly enjoyed widespread success and critical acclaim. Following the success of their 2016 self-titled debut album ‘Blossoms’, which was nominated for both the BRIT Award and Mercury Prize, and 2020’s ‘Foolish Loving Spaces’, their latest album ‘Ribbon Around The Bomb’ gave the band their third UK No.1 album, and fifth top 5 album. 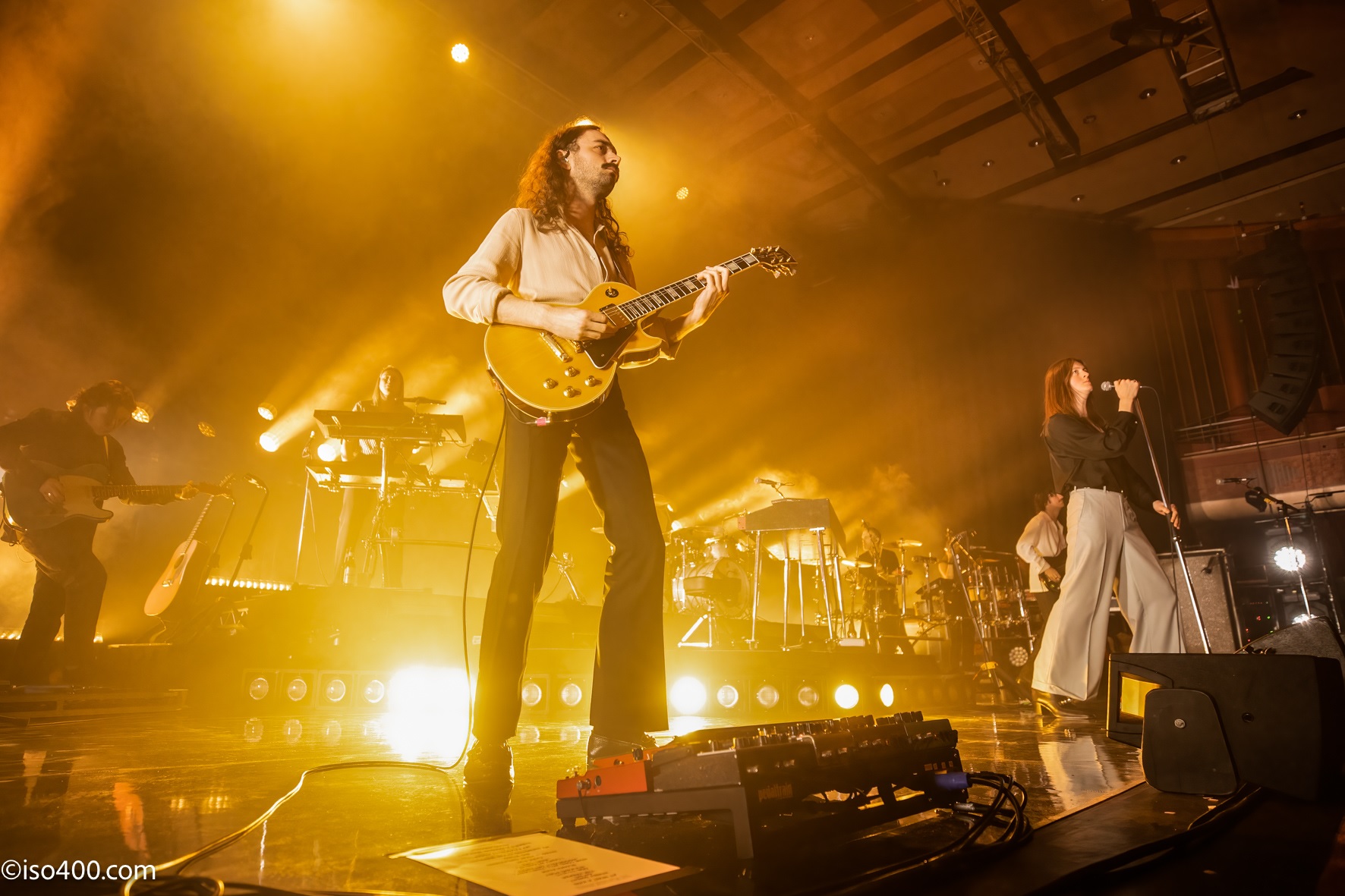 Back to the present and Friday night at the Dome. A large crowd waited expectantly for Blossoms, who came on stage to The Human League’s ‘Don’t You Want Me’. The five members of Blossoms, Tom Ogden, Charlie Salt, Josh Dewhurst, Joe Donovan and Myles Kellock, were accompanied on stage by touring musicians Ryan Ellis on guitar and Collette Williams on percussion. 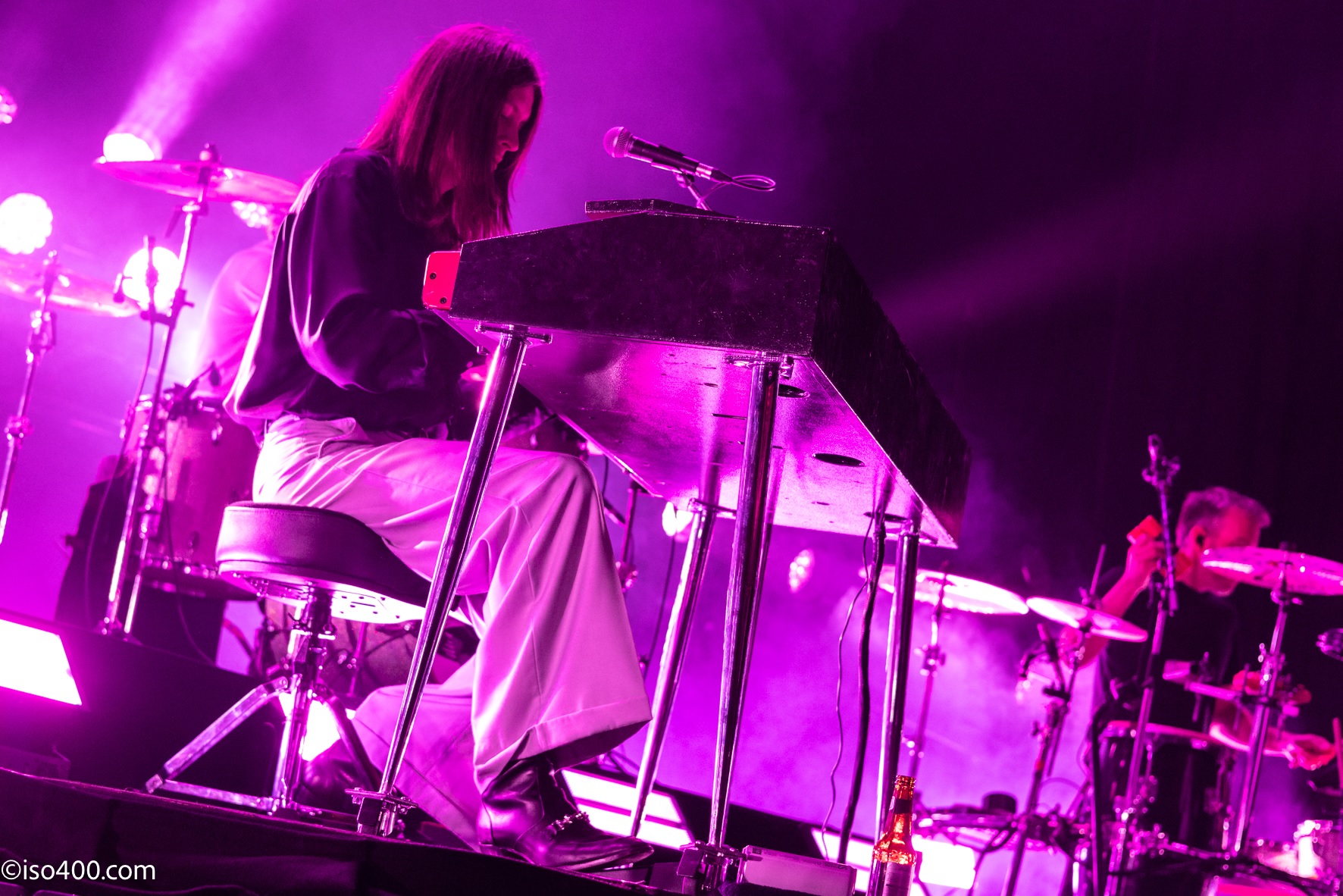 Fronted by Tom Ogden, dressed in a black shirt and white flairs, the band started their lively set with ‘At Most A Kiss’ from their debut album. The audience were engaged from the very start, singing along to their favourite tracks. By the third track of the set, the audience was in full voice joining in with ‘Oh No (I Think I’m In Love)’ from ‘Foolish Loving Spaces’, to which Tom coyly replied “Oh, thanks”. 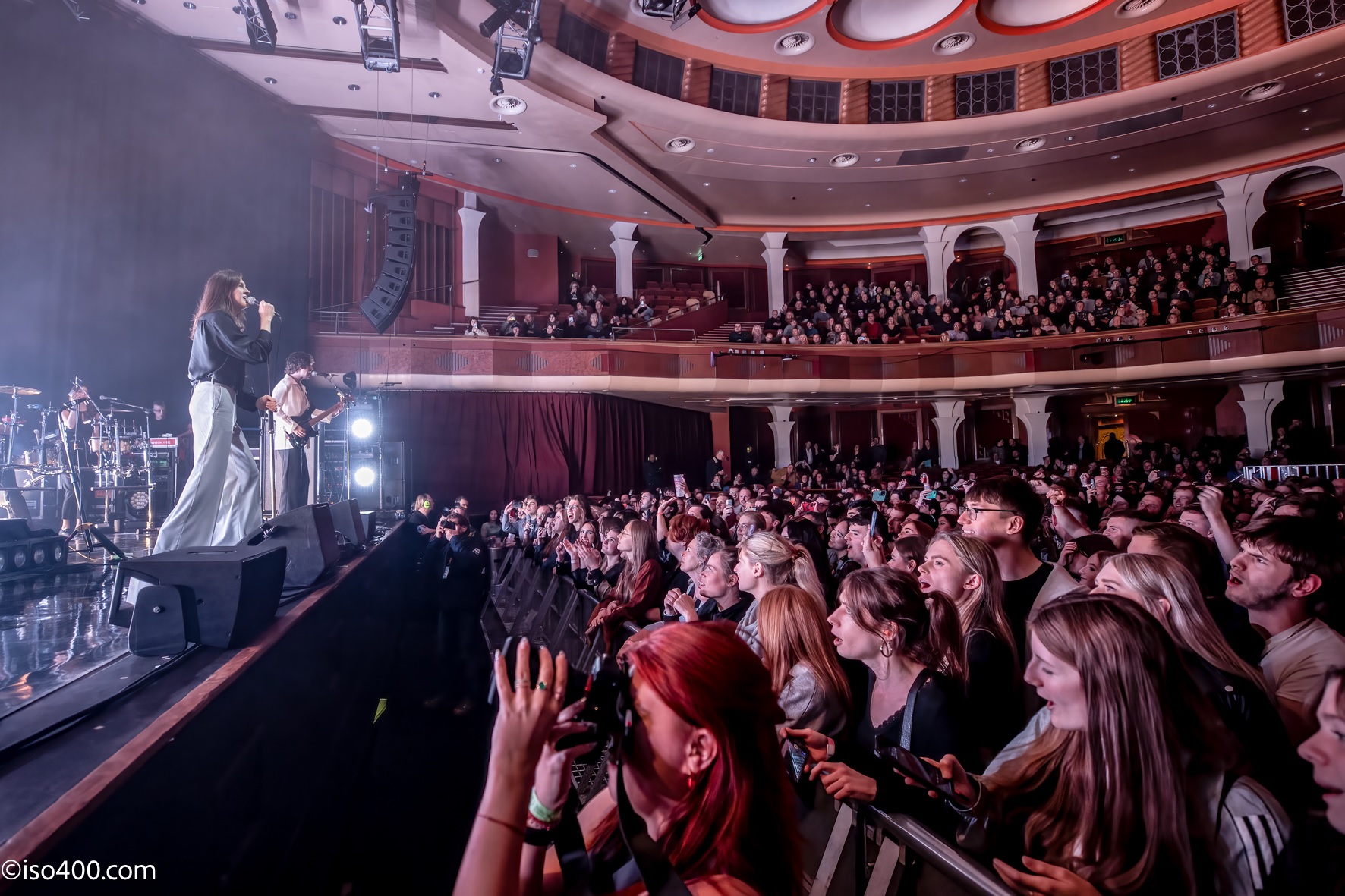 Tom had a good rapport with the audience throughout Blossom’s set. Just enough talking without interrupting the flow of the performance and the songs. Tom, as front person and lead singer, was understandably the focal point of Blossoms live performance. The rest of the band were also on top form. Their quality musicianship and tight sound, with great tunes and danceable rhythms shouldn’t be overlooked. 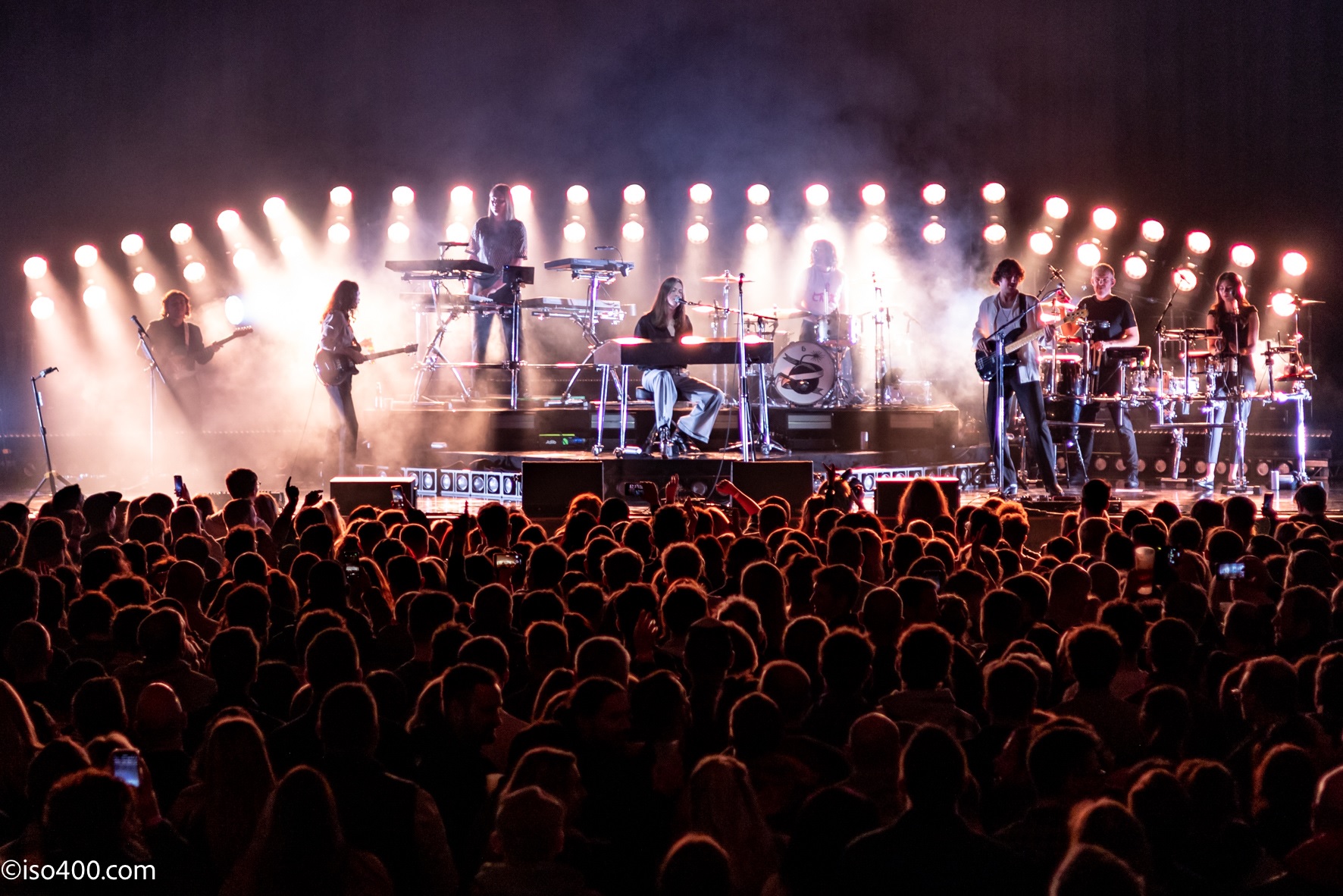 As well as the upbeat poppier numbers usually associated with Blossoms, there was a change for style with ‘Ode To NYC’. The track with Tom on acoustic guitar had a bit of a country sound to it. He explained the song was originally written for a Netflix soundtrack. The band thought they’d made it in the film industry, but wasn’t used. Netflix’s loss and a big plus in Friday night’s performance. 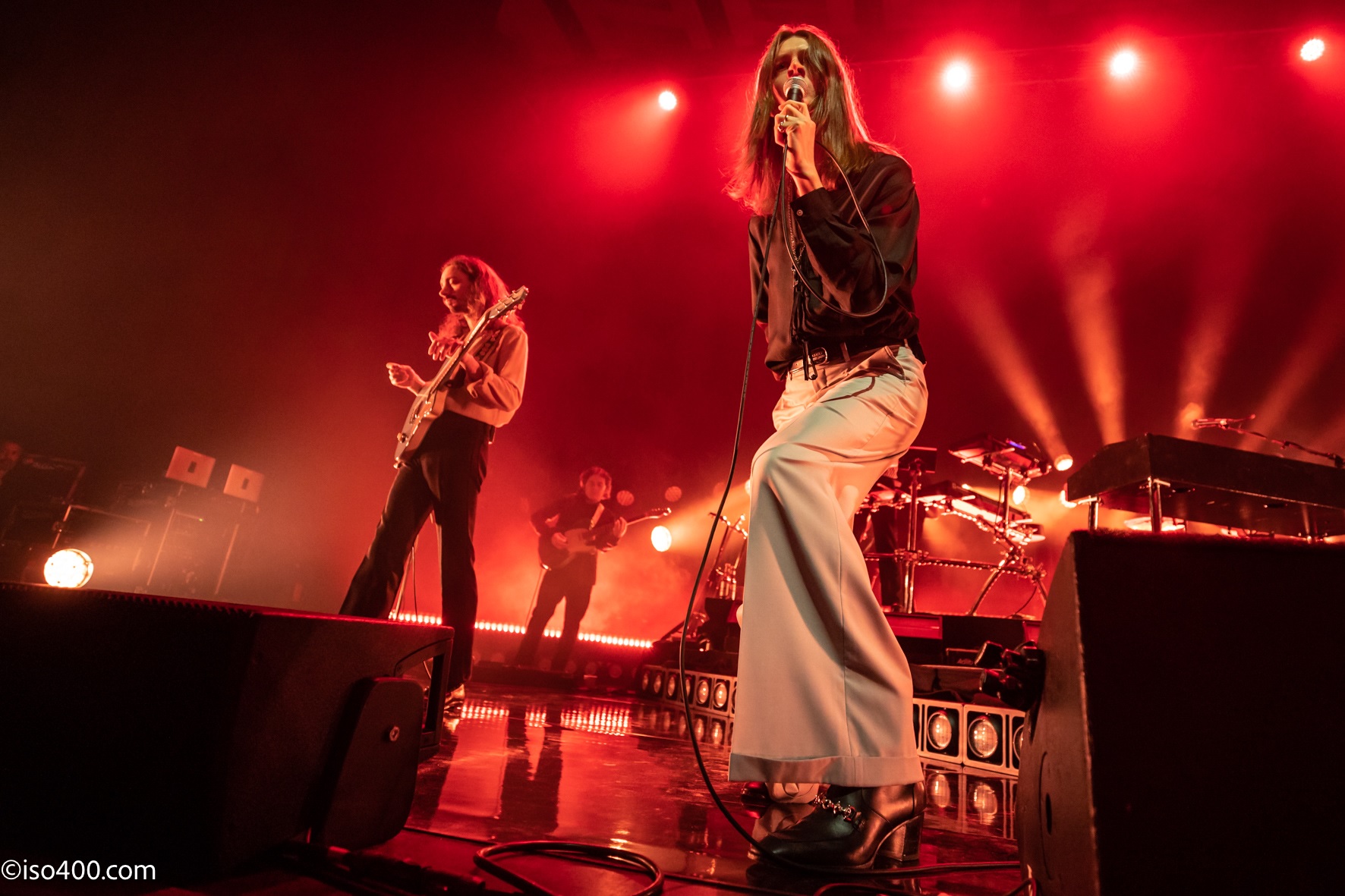 Later in the set ‘If You Think This Is Real Life’ had almost a calypso Caribbean rhythm, which just made you want to move with the music, if you weren’t already doing so. By this stage, several people upstairs in the posh seats were on their feet dancing. 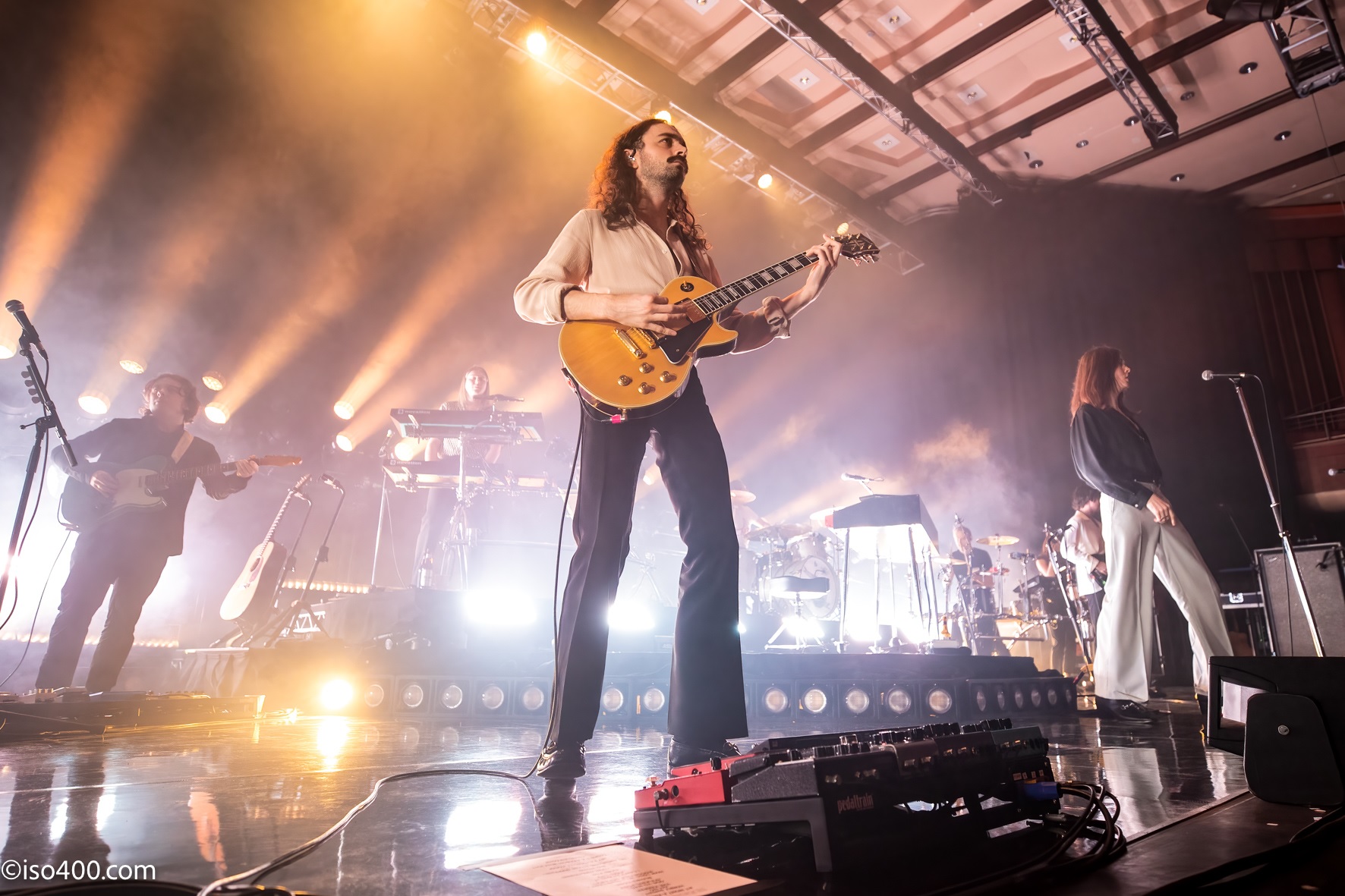 There were also changes in tempo throughout Blossoms set. Such as slowing down the pace for the song ‘Your Girlfriend’, written about being in love with a friend’s girlfriend. (And no neither the friend nor his girlfriend were named.) 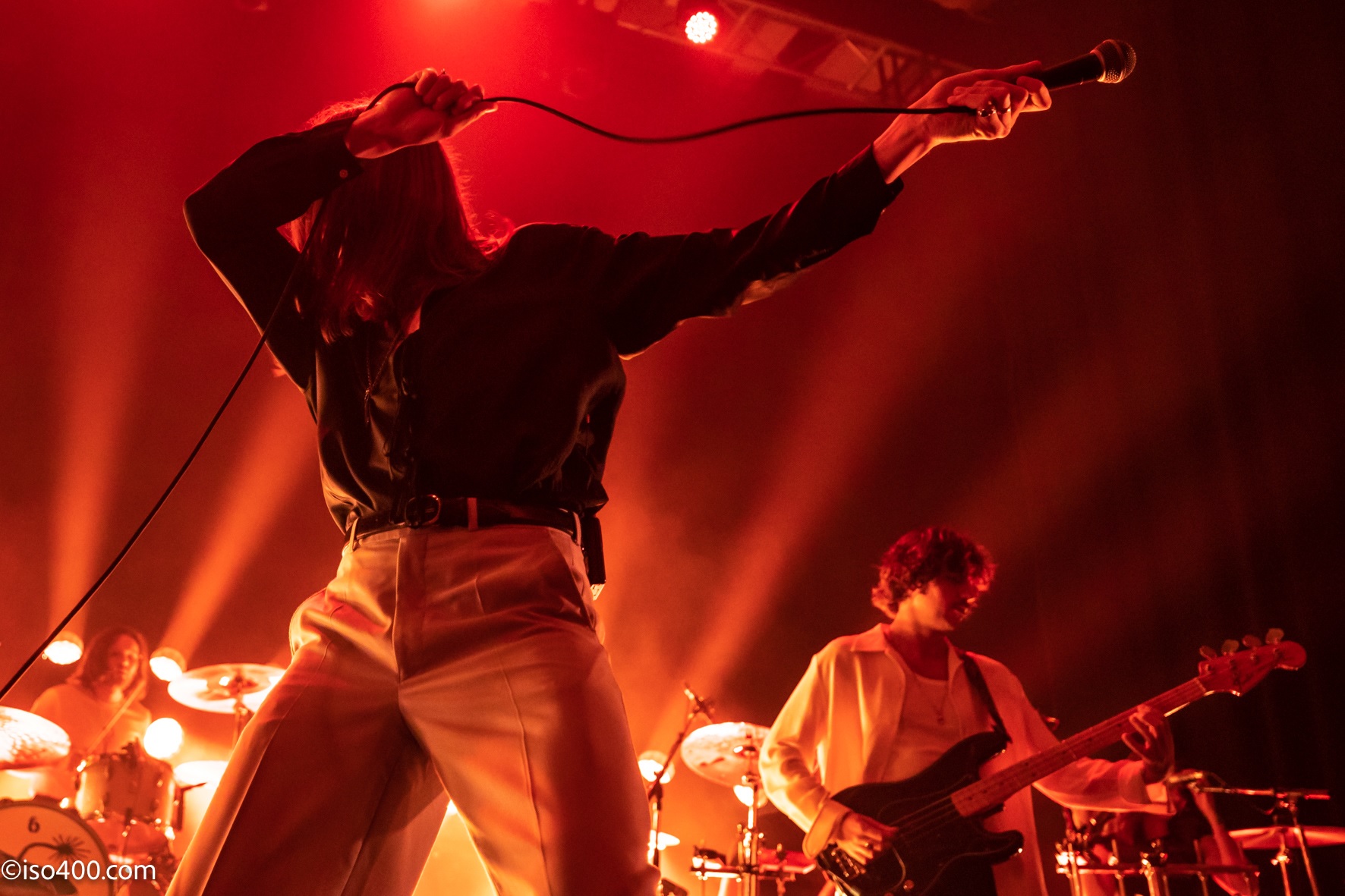 The final song of the main set, ‘My Favourite Room’, was performed by Tom as a solo with just an acoustic guitar. Strictly, I don’t think it could be classed as a solo as most of the audience sang along. The song was interspersed with lines from Oasis’s ‘Half The World Away’ closing with lines from Wham’s ’Last Christmas’ as Tom left the stage with the audience continuing singing. Instead of the usual call of “one more song”, for some reason the audience slipped into the Baddiel, Skinner and Lightning seeds football anthem ‘Three Lions’. I know the World Cup’s on, but I wasn’t expecting to hear “It’s coming home” at the Dome on Friday. 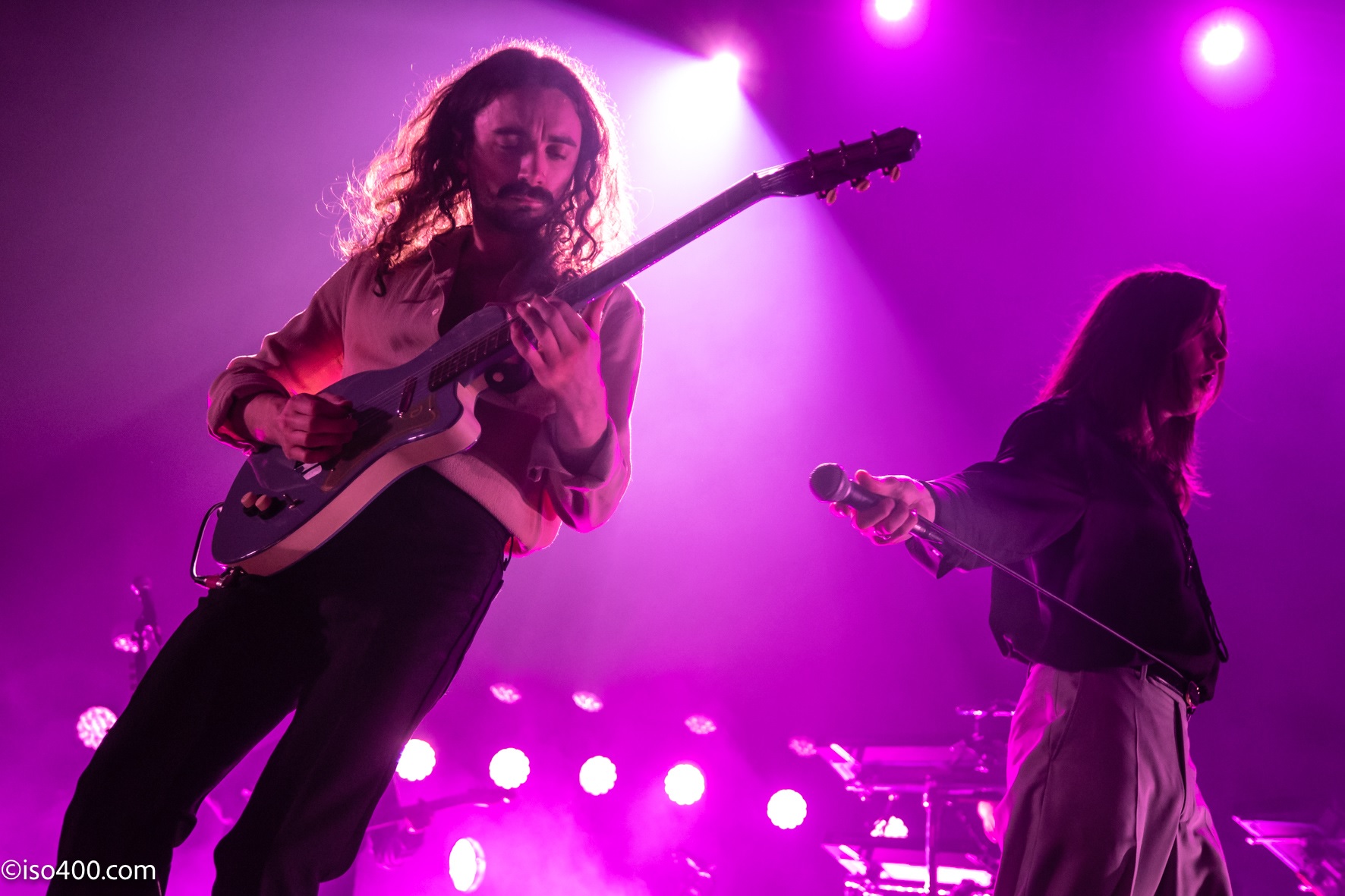 The two-song encore of ‘There’s A Reason Why (I Never Returned Your Calls)’ and ‘Charlemagne’ was the liveliest part of the set, leaving the Blossoms fans happy seeing a varied and very entertaining set, which flowed effortlessly. 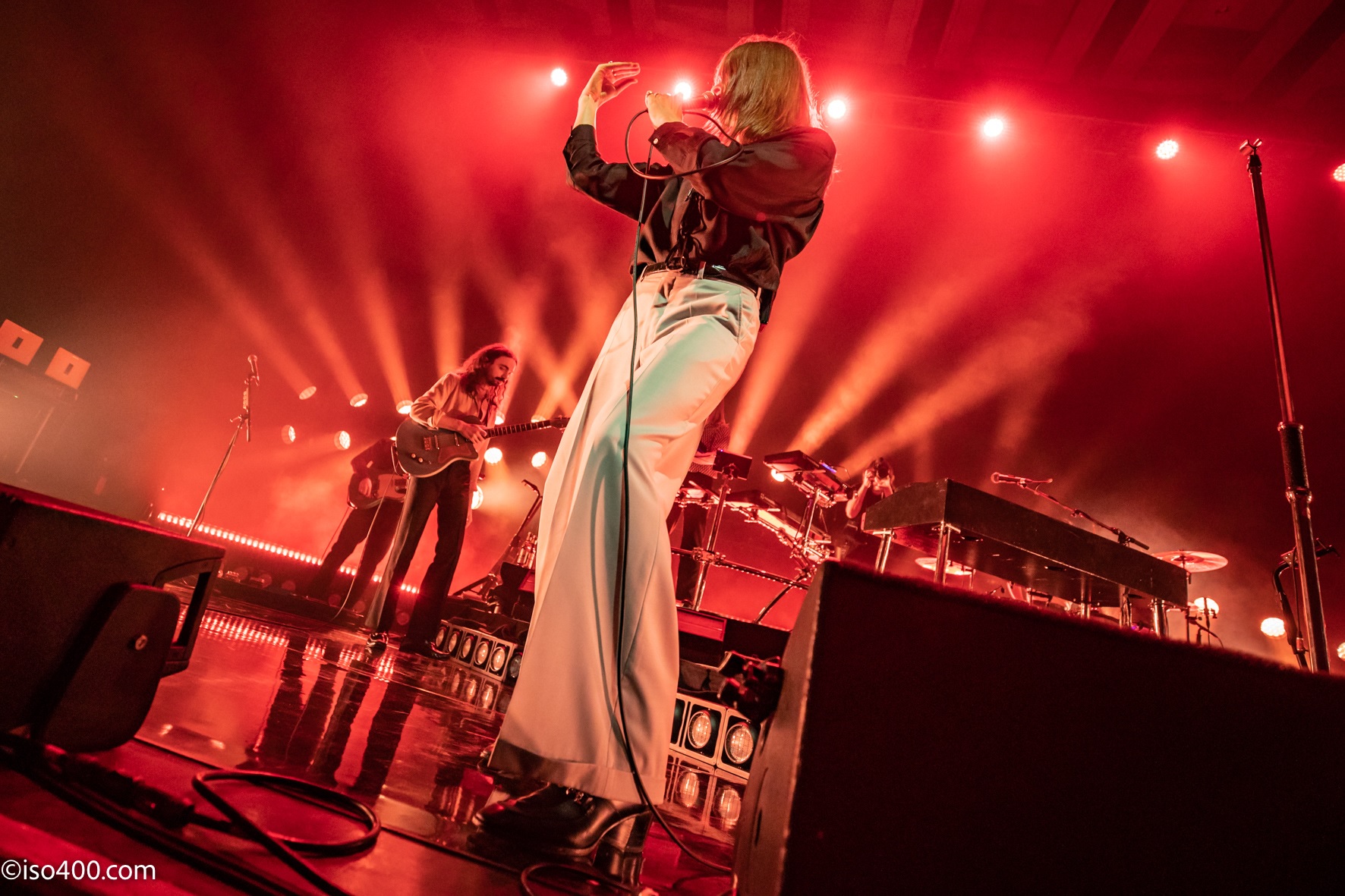 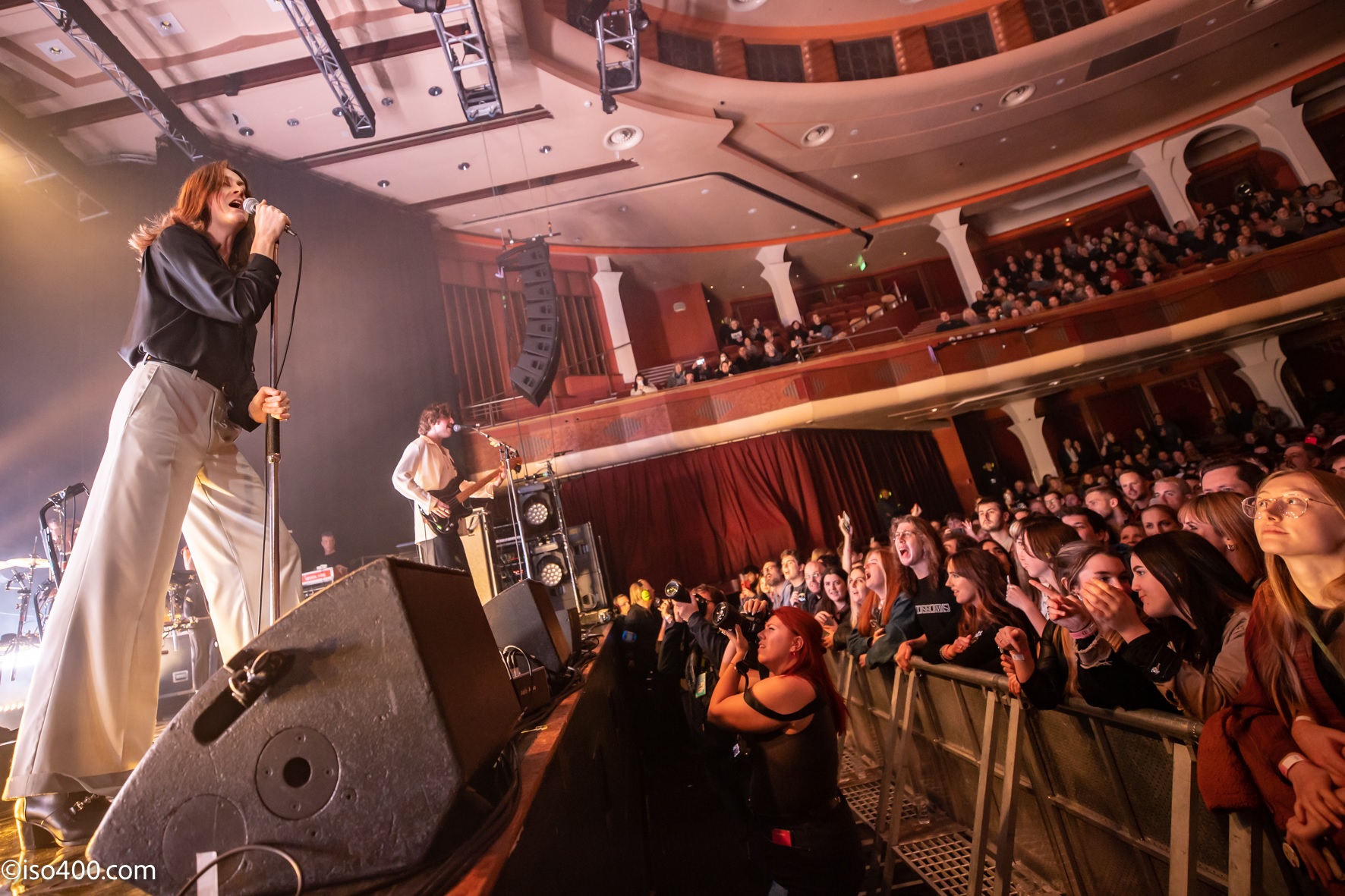 Blossoms setlist:
‘At Most A Kiss’
‘Honey Sweet’
‘Oh No (I Think I’m In Love)’
‘The Keeper’
‘Ode To NYC’
‘The Sulking Poet’
‘Blown Rose’
‘How Long Will This Last?’
‘Getaway (Roosevelt Remix)’
‘I Can’t Stand It’
‘If You Think This Is Real Life’
‘Care For’
‘Intro’/‘Your Girlfriend’
‘Big Word’
‘My Swimming Brain (Reprise)’
‘My Favourite Room’ (Acoustic, with ‘Half The World Away’/’Last Christmas’ outro)
(encore)
‘There’s A Reason Why (I Never Returned Your Calls)’
‘Charlemagne’ 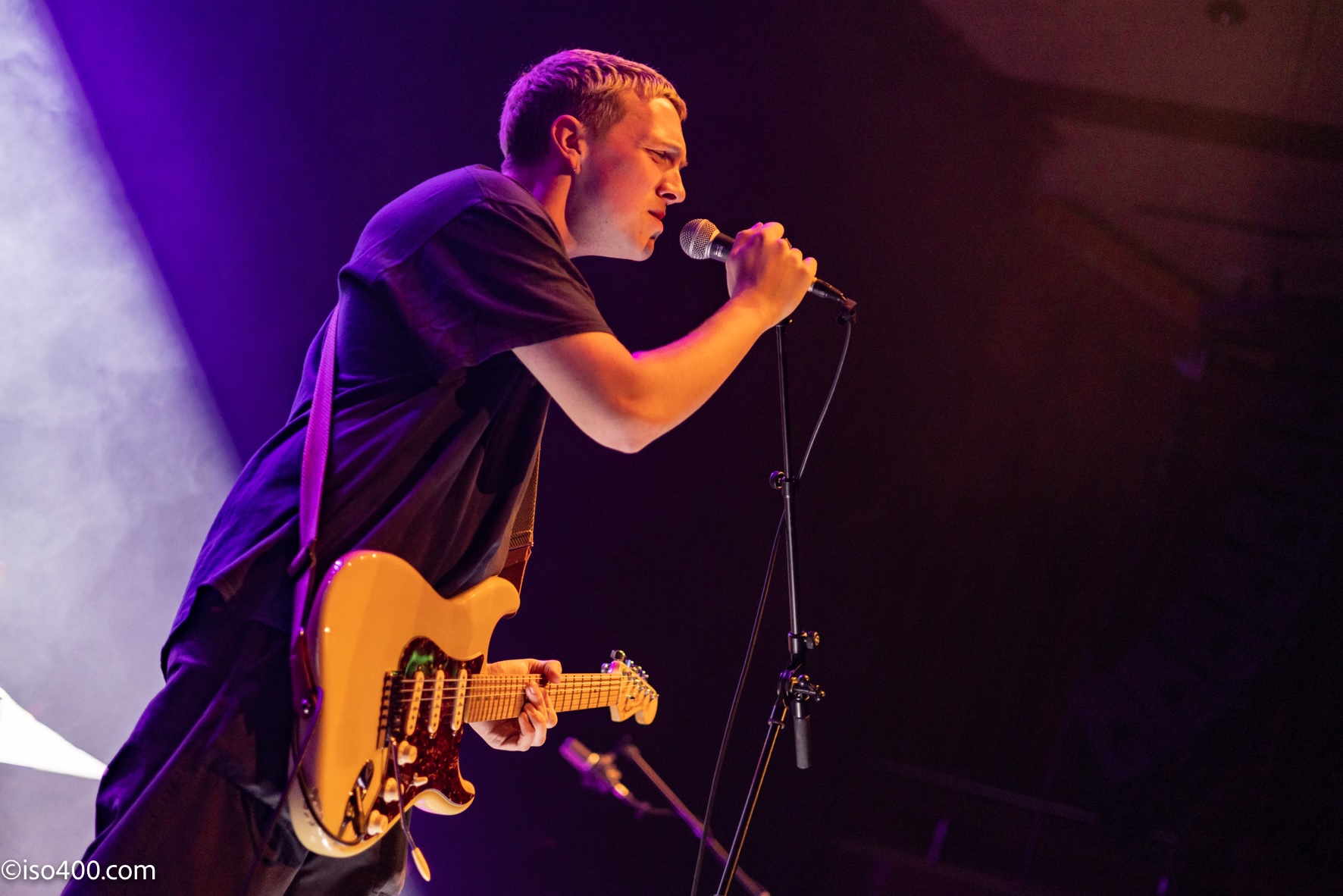 Before reviewing the support act, let’s go back to 11 o’clock on Friday morning. Scottish singer songwriter and Tik Tok star, Brooke Combe, who had been supporting Blossoms on their UK tour, had to pull out of the Brighton show. Chappaqua Wrestling got the call on the morning of the concert asking them to stand in. 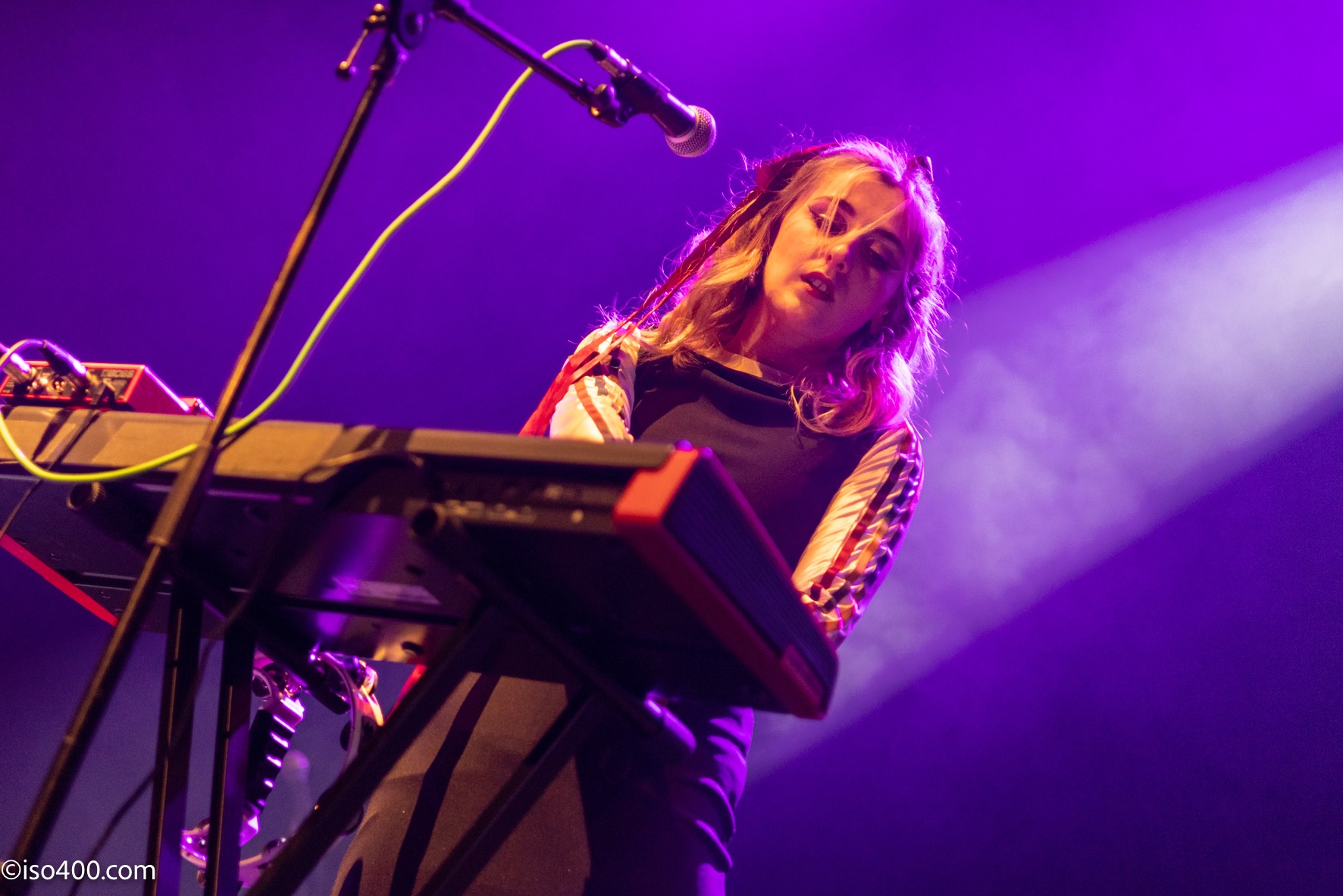 I had an inkling that the support had changed, when walking across the Brighton Pavilion grounds on my way to the Dome, I overheard a group of people, who turned out to be Chappaqua Wrestling, saying “That stage is really massive”. Their previous appearance in Brighton was in October on the smaller stage at The Hope & Ruin. 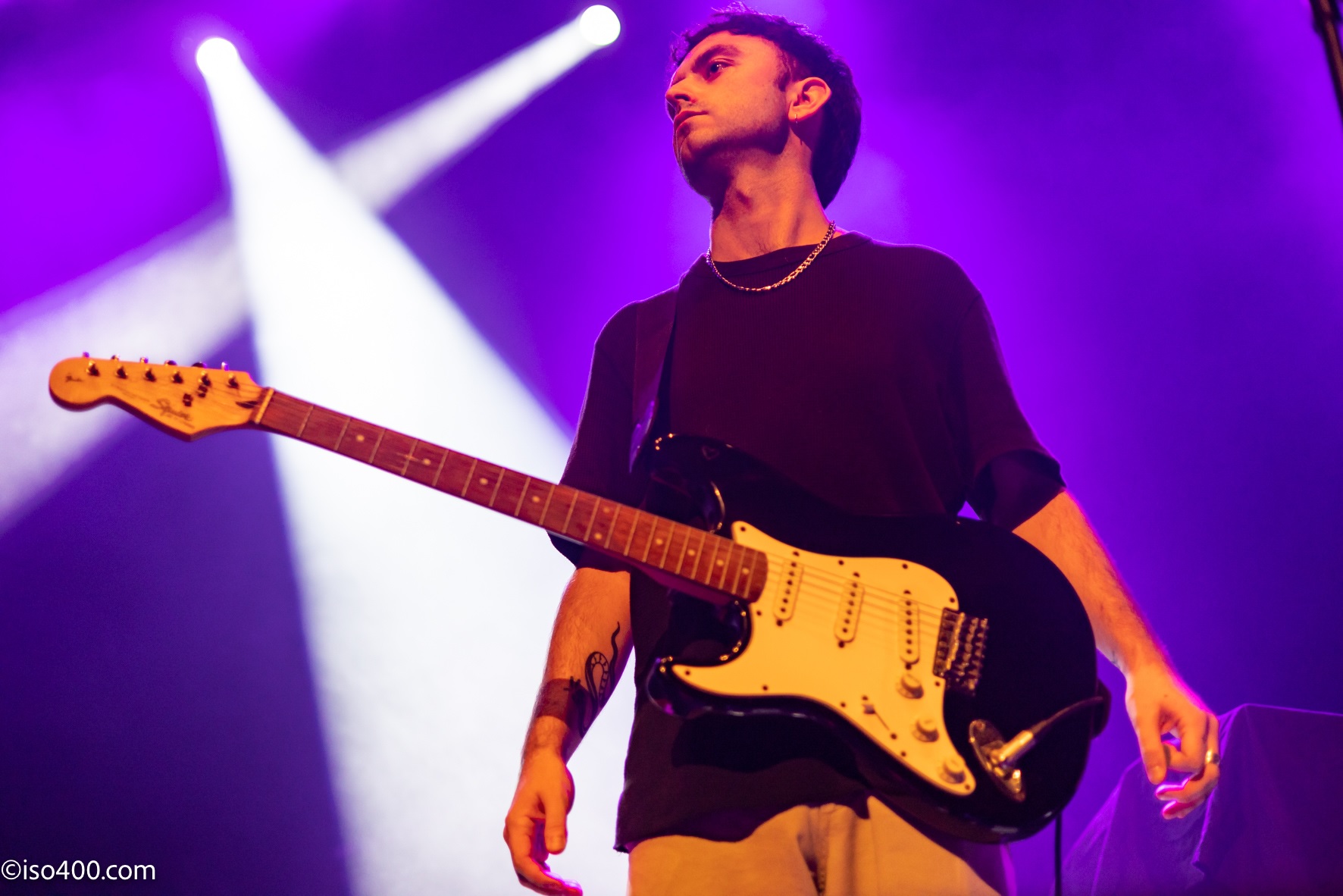 Now based in Brighton, Chappaqua Wrestling were formed in Manchester in 2017 by songwriters Charlie Woods and Jake Mac. Since moving south, they have been joined by Jude Lilley, John-Paul Townsend and Coco Varda. 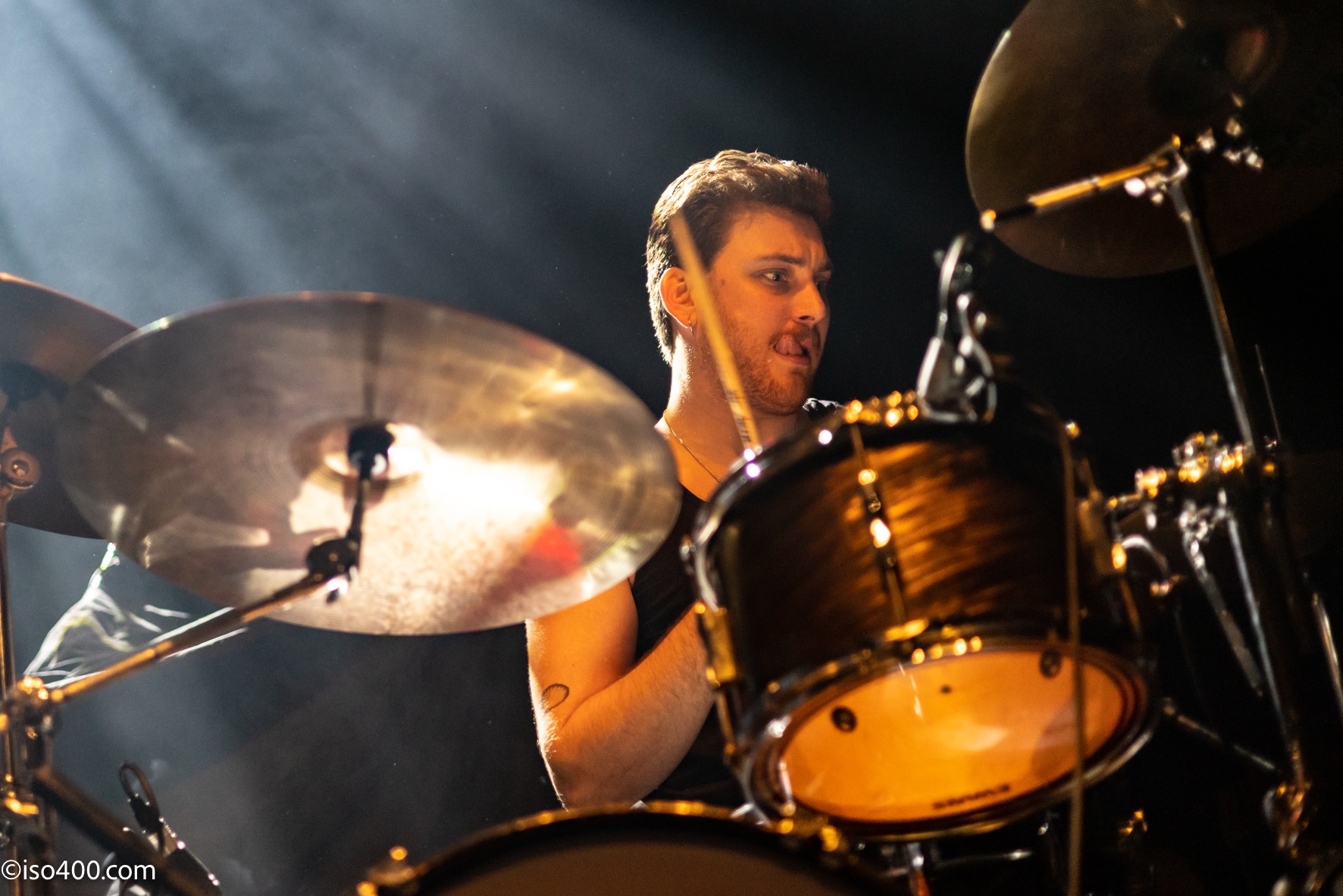 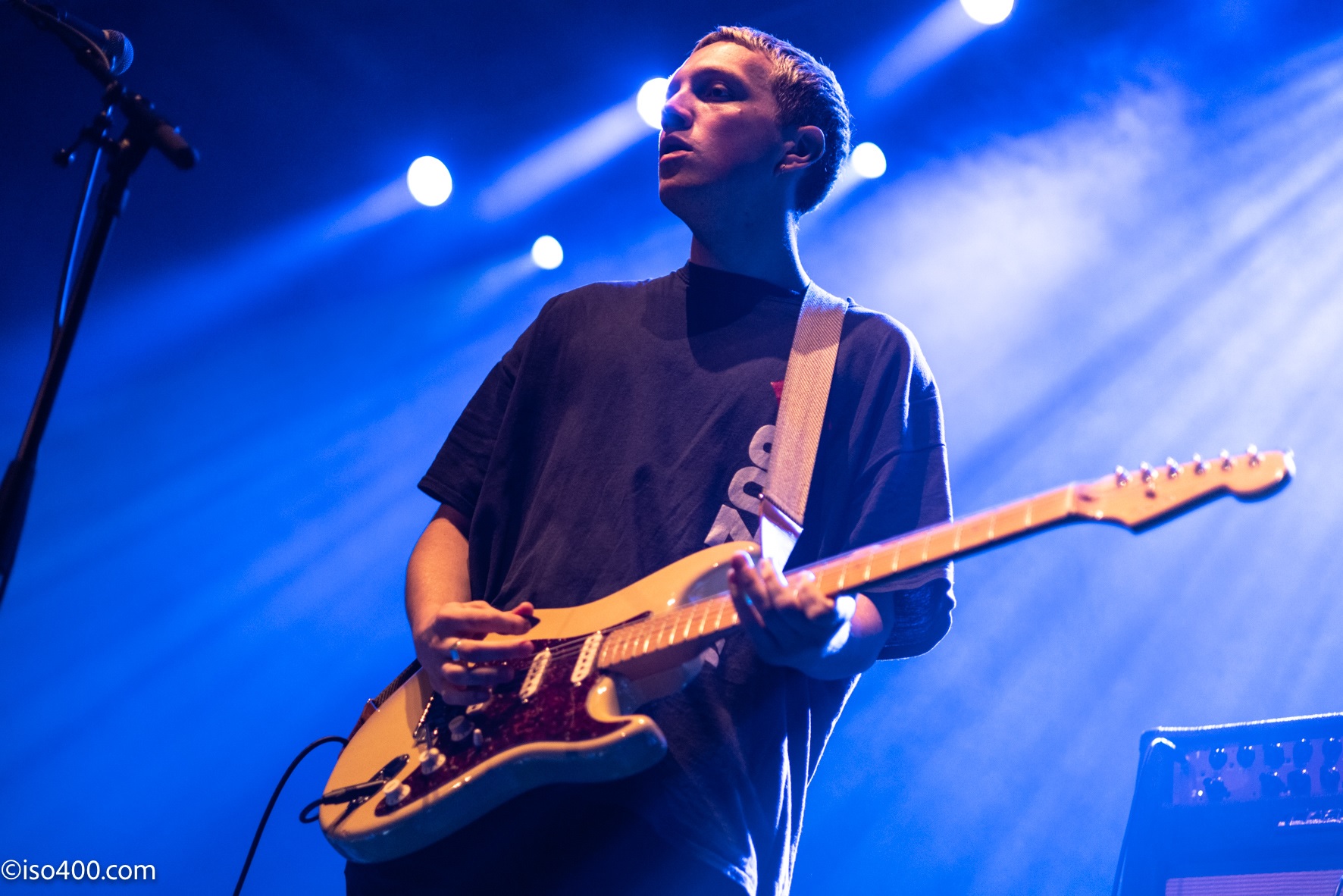 Chappaqua Wrestling supported Blossoms four years ago in Stockport. Only one song from their set that day ‘Plant Trees’ was in Friday’s show, an indication of how the band has developed since then. The new material later in their set ‘My Fall’ and ‘Wide Asleep’ point to a good future for the band. 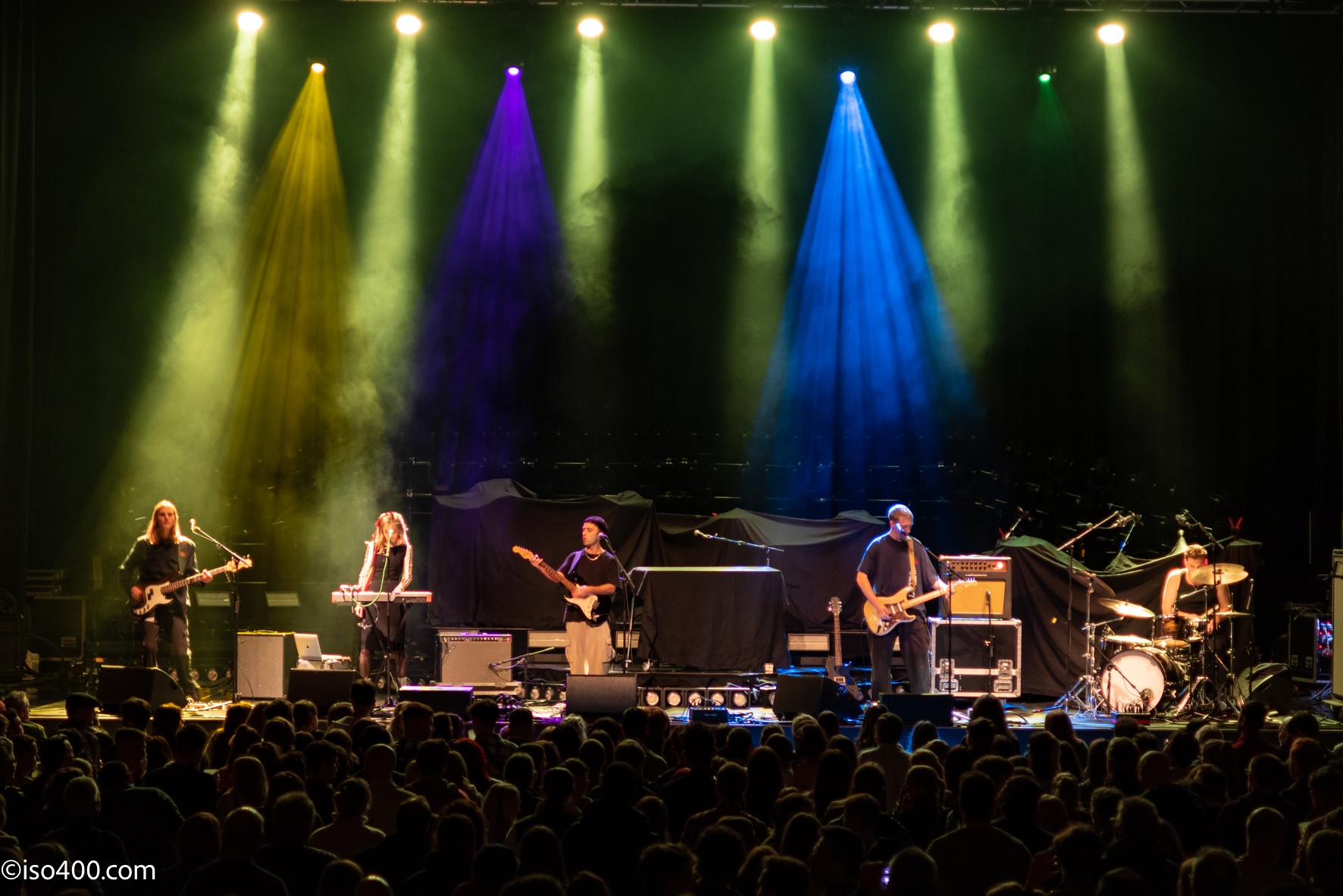 Chappaqua Wrestling’s 30-minute set was impressive, and not just because of the late notice. The audience, admittedly quite small at the start, seemed to be enjoying and appreciative of the performance of the late substitute support act. The band certainly stepped up very well to take their opportunity to play a bigger stage. 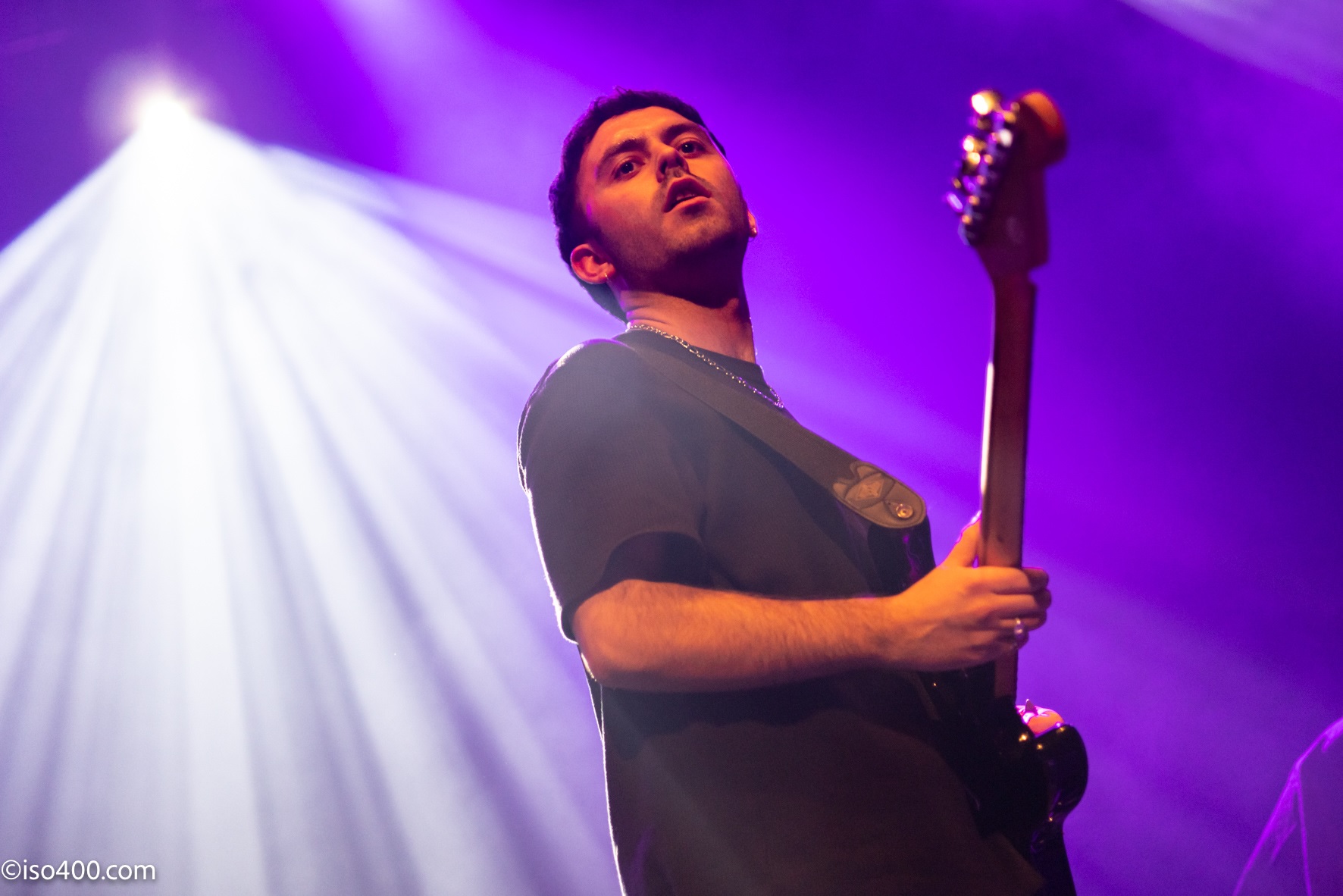 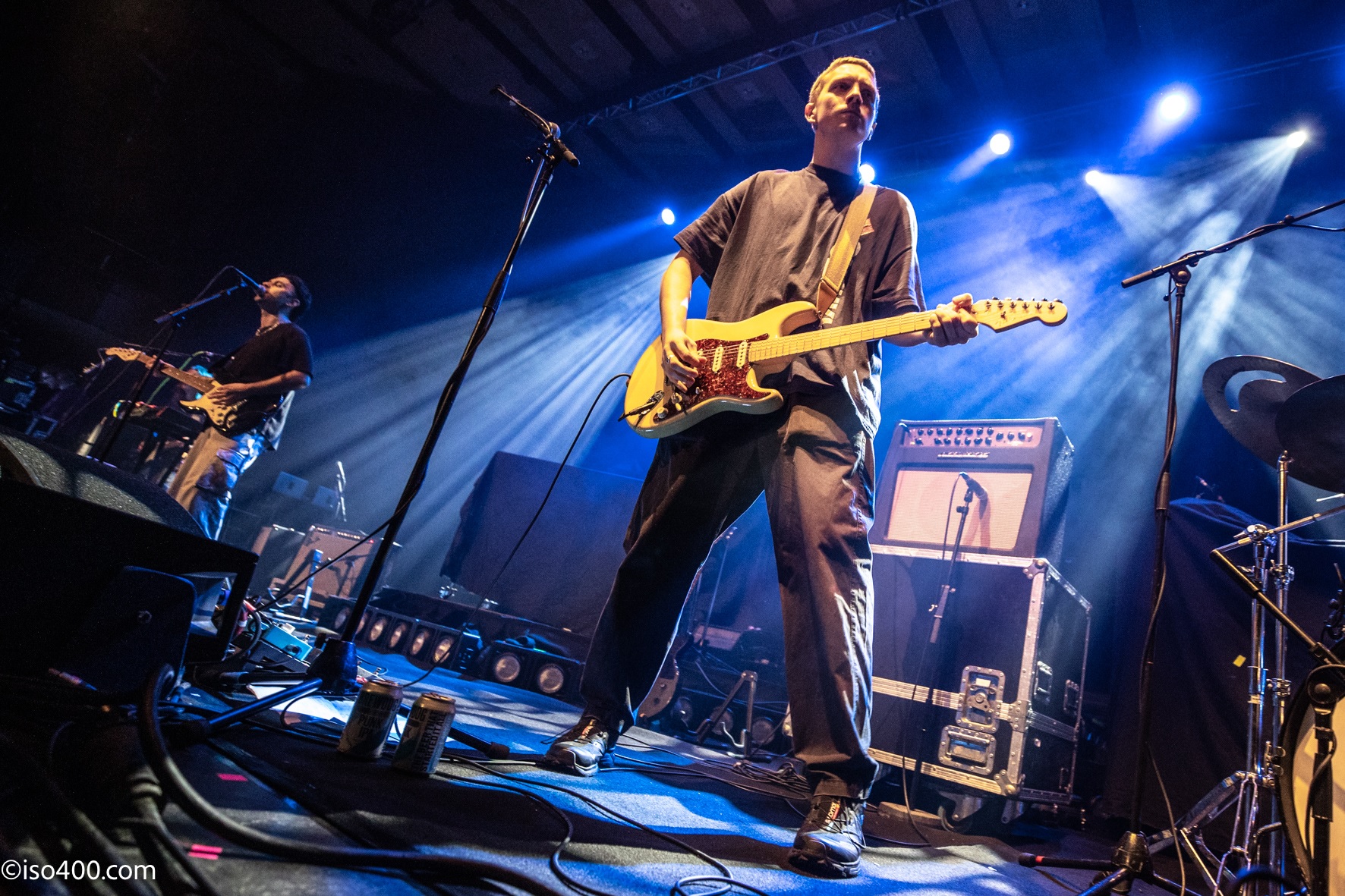 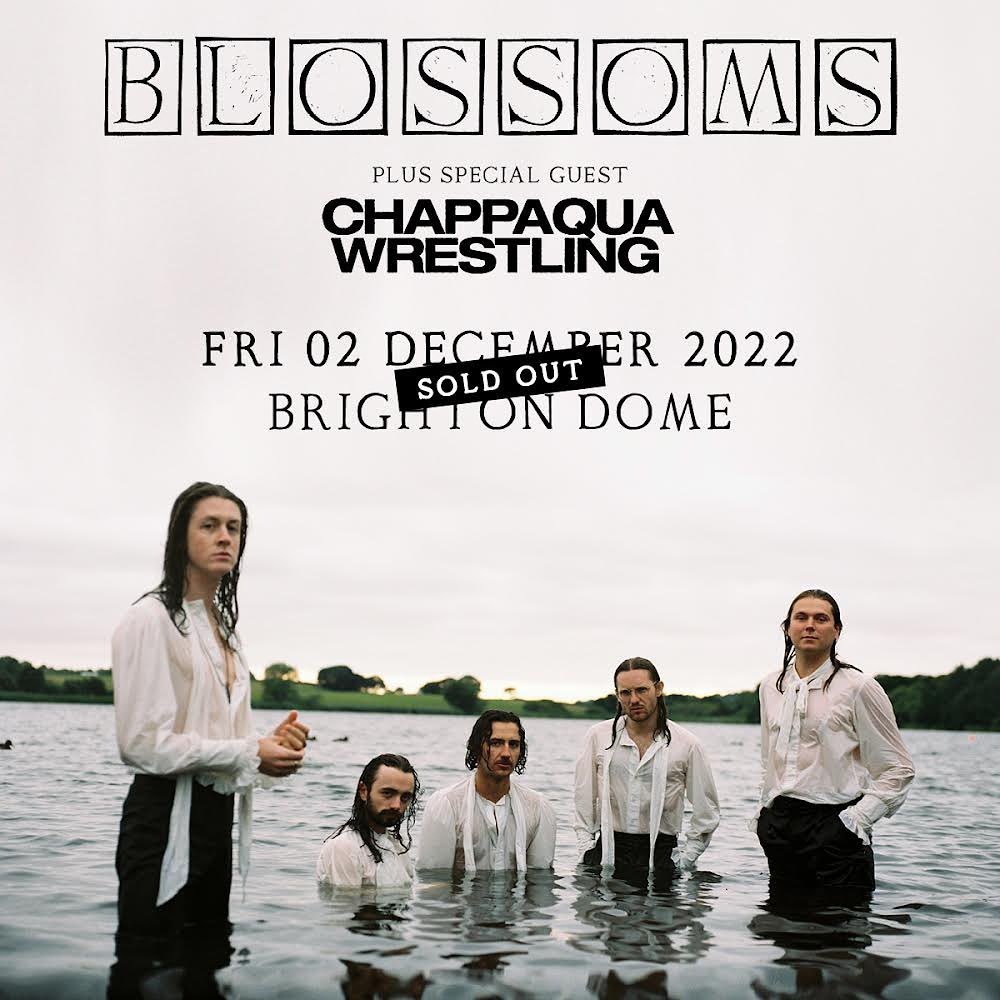 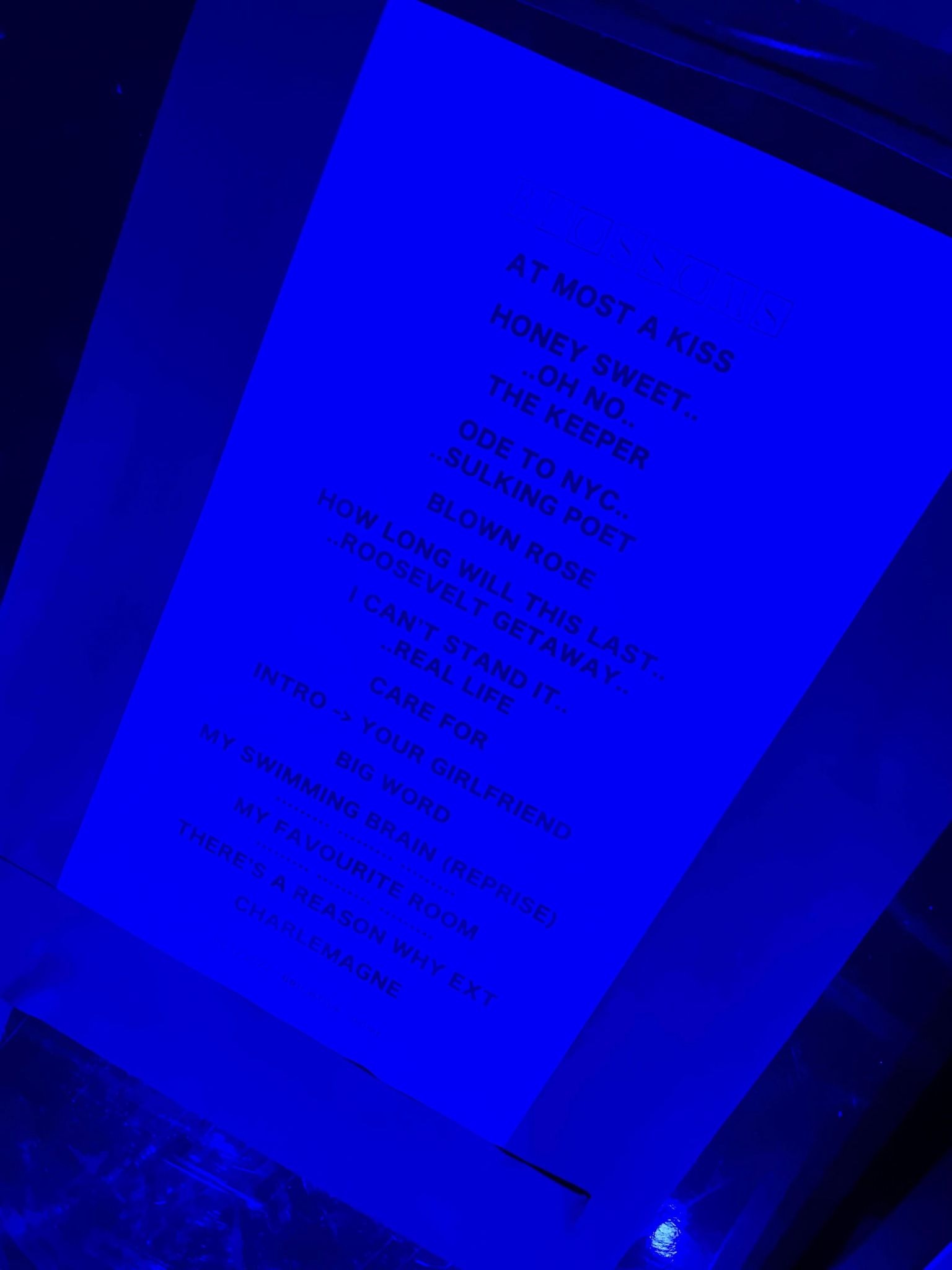 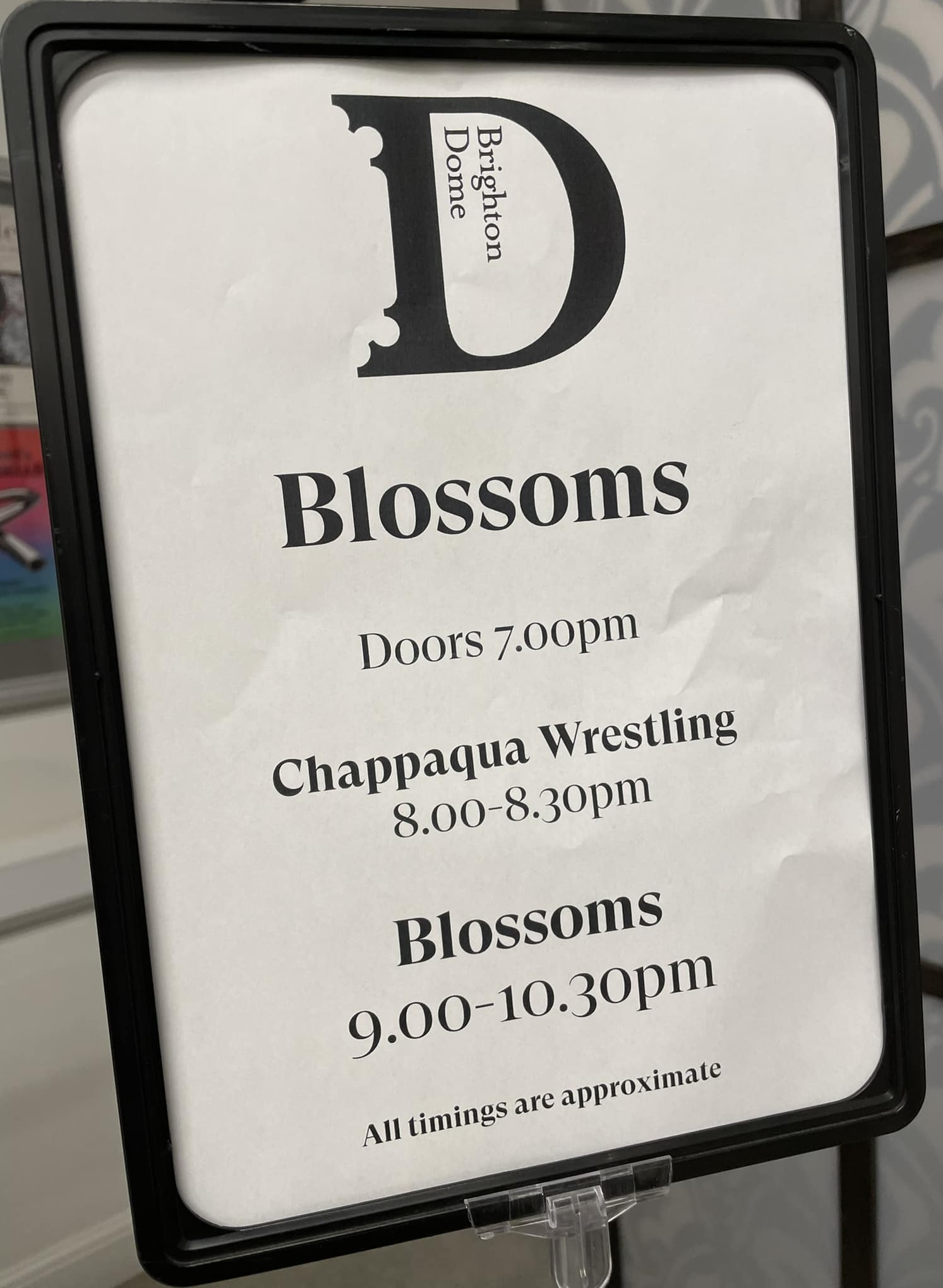